How ‘bout them Bucs? What a year it’s been for the city of Tampa Bay. The Lightning were Stanley Cup champions. The Rays were World Series runner-ups. And the Buccaneers are Super Bowl champs for the first time in 18 years.

43 years old and Tom Brady’s not done yet. 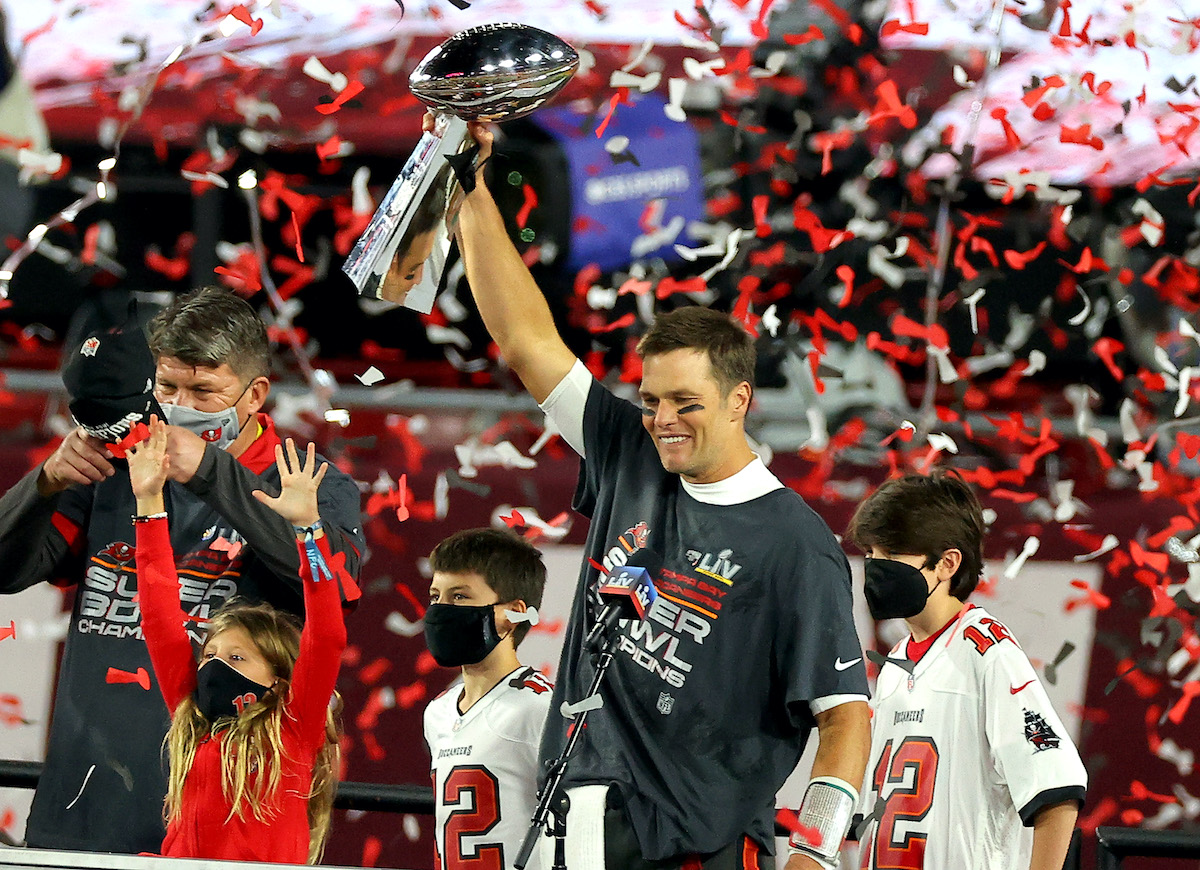 A total of 322 days after joining the Tampa Bay Buccaneers, Tom Brady holds the Lombardi Trophy once more. There would be no torch-passing ceremony from TB12 to young Patrick Mahomes in Super Bowl LV. Instead, a lesson in humility, and a night of scrambling for dear life was “the Patrick price.” The Bucs’ defense made the Chiefs’ super-human offense appear rather pedestrian, at times, awful, and they did it on sports’ biggest stage. Emphatically.

Super Bowl LV was like many before it for Brady. Even in capturing his fifth Super Bowl MVP award, it was his supporting cast, offensive weapons and defensive dominance that helped him secure Ring Number 7.

Brady’s numbers weren’t gaudy, as they usually aren’t, but he was the same old Tom we’ve come to expect — poised and efficient. He went 21-for-29 for 201 yards and 3 touchdowns in the big game, and almost all of it came in the first half.

One of the biggest storylines in Super Bowl LV was the contribution of new Bucs who joined the team this year after Brady signed on. Rob Gronkowski (2), Antonio Brown and Leonard Fournette scored each of Tampa Bay’s four touchdowns. But in the end, it was the Bucs’ defensive unit — holding the Chiefs without a touchdown — that stole the show.

That’s a wrap on the 2020-21 NFL season. Tom Brady and the Tampa Bay Bucs are world champions. Sweet, sweet number seven. And he’s not done yet.

CBS Sports: Brady Says ‘We’ll Be Back’ for Bucs Title Defense Next Year

FiveThirtyEight: What Went Down in Super Bowl LV

USA Today: This May Have Been Tom Brady’s Most Impressive Championship Yet 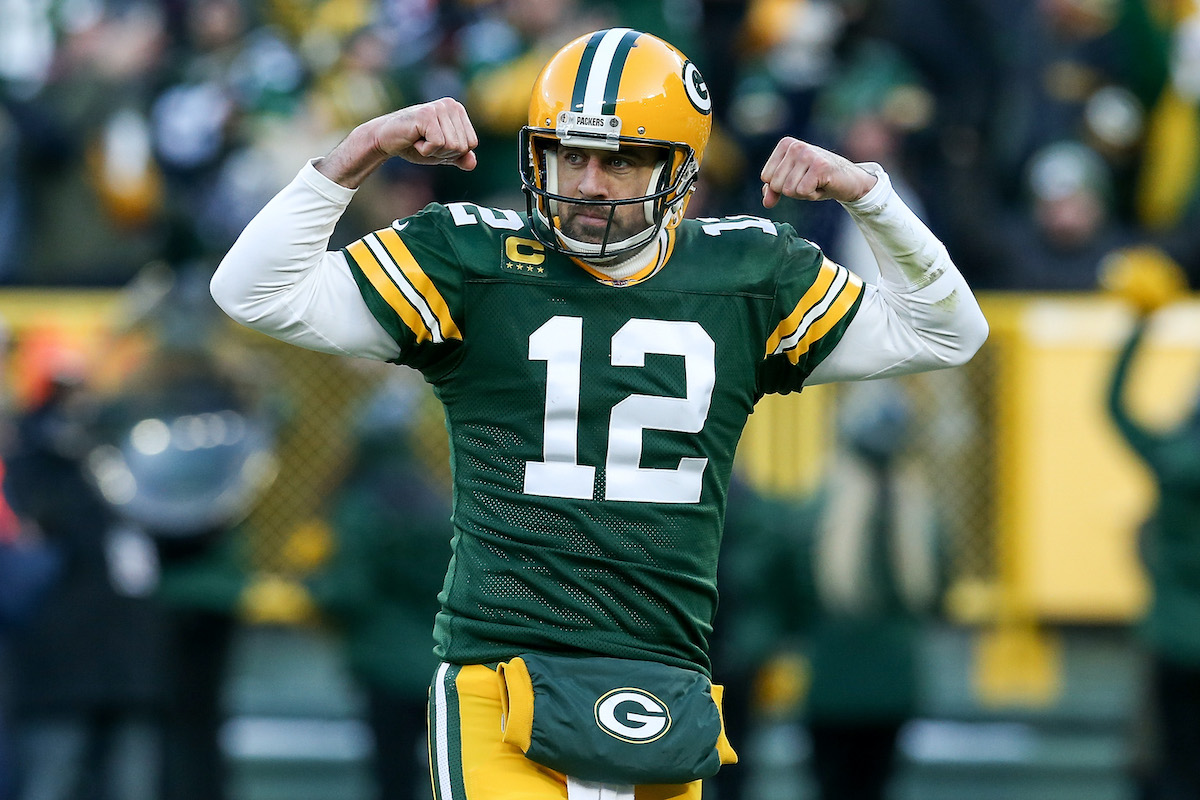 Saturday night’s NFL Honors show took center stage on the eve of the big game, and there were few surprise winners. Aaron Rodgers did have a surprise up his sleeve, though. After winning his third MVP, he seemingly announced his engagement to actress Shailene Woodley during his acceptance speech. Rodgers became just the sixth player in NFL history to win the award at least three times, joining Tom Brady, Peyton Manning, Brett Favre, Johnny Unitas and Jim Brown. He received 44 of the 50 votes for MVP, while Josh Allen (Bills, 4) and Patrick Mahomes (Chiefs, 2) claimed the other six votes.

B/R: Where Does Aaron Rodgers Rank Among NFL’s All-Time Greats After 3rd MVP? 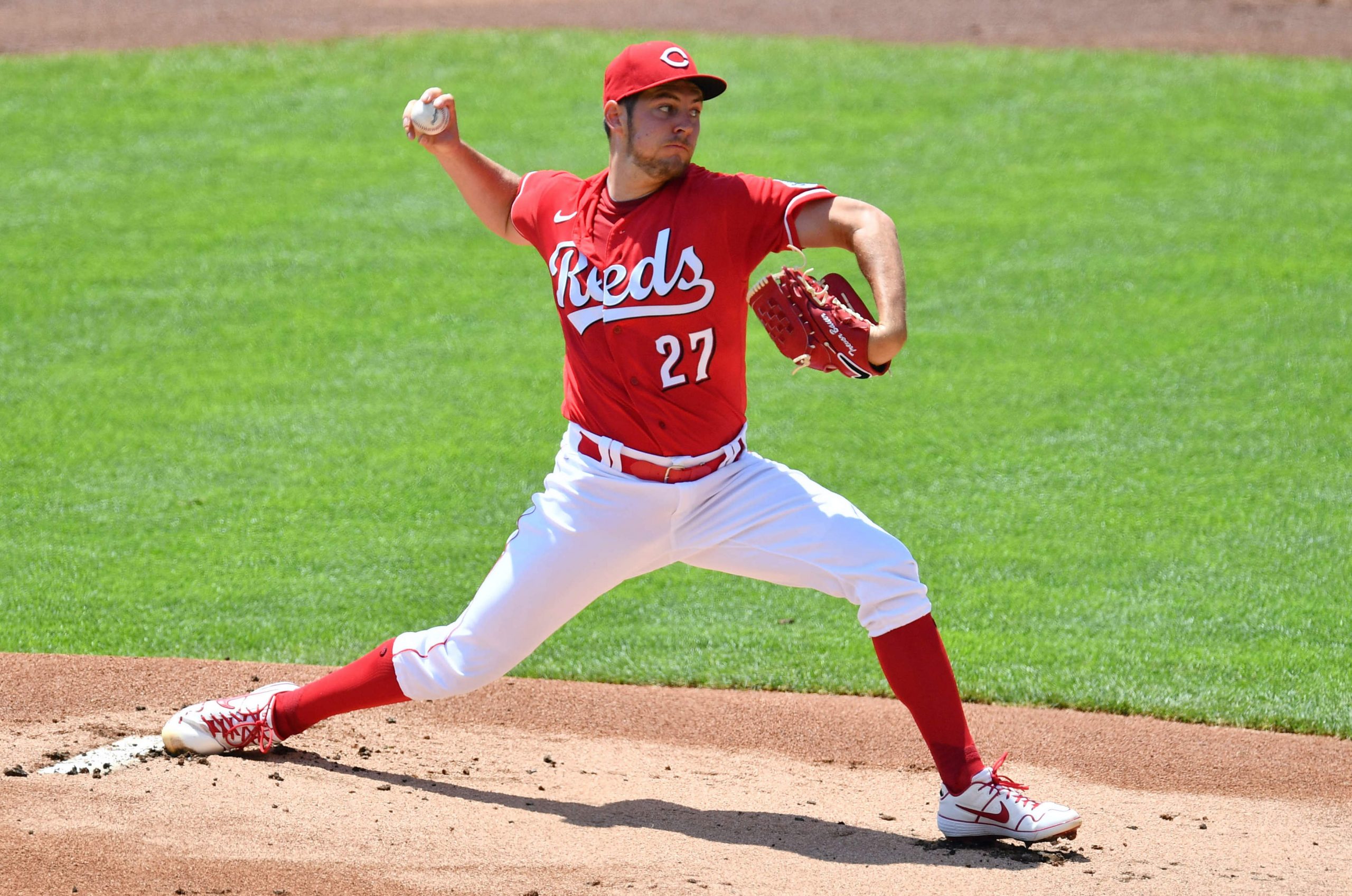 The next big domino of the MLB offseason has fallen. Trevor Bauer is signing a 3-year, $102 million deal with the Los Angeles Dodgers that will make him the highest-paid player in annual salary over the next two seasons. Bauer announced the news in a YouTube video on Friday. And just like that, the defending champs add the 2020 NL Cy Young award winner.

In the shortened calendar of a unique MLB season, Bauer recorded career bests in nearly every statistical category, including ERA (1.73), opposing batting average (.159) and a ridiculous WHIP (0.79) — that’s walks and hits per inning pitched. He also had 100 strikeouts in just nine starts, and ranked first or second in each category alongside Indians’ pitcher Shane Bieber. He also had two complete-game shutouts. The rest of the league had six combined.

Buckle up, Dodger fans. The road back to the Fall Classic looks promising.

The Ringer: The Dodgers Have Landed the Best Free Agent Pitcher—And Everything That Comes With Him

D-Rose Goes Back to the Garden 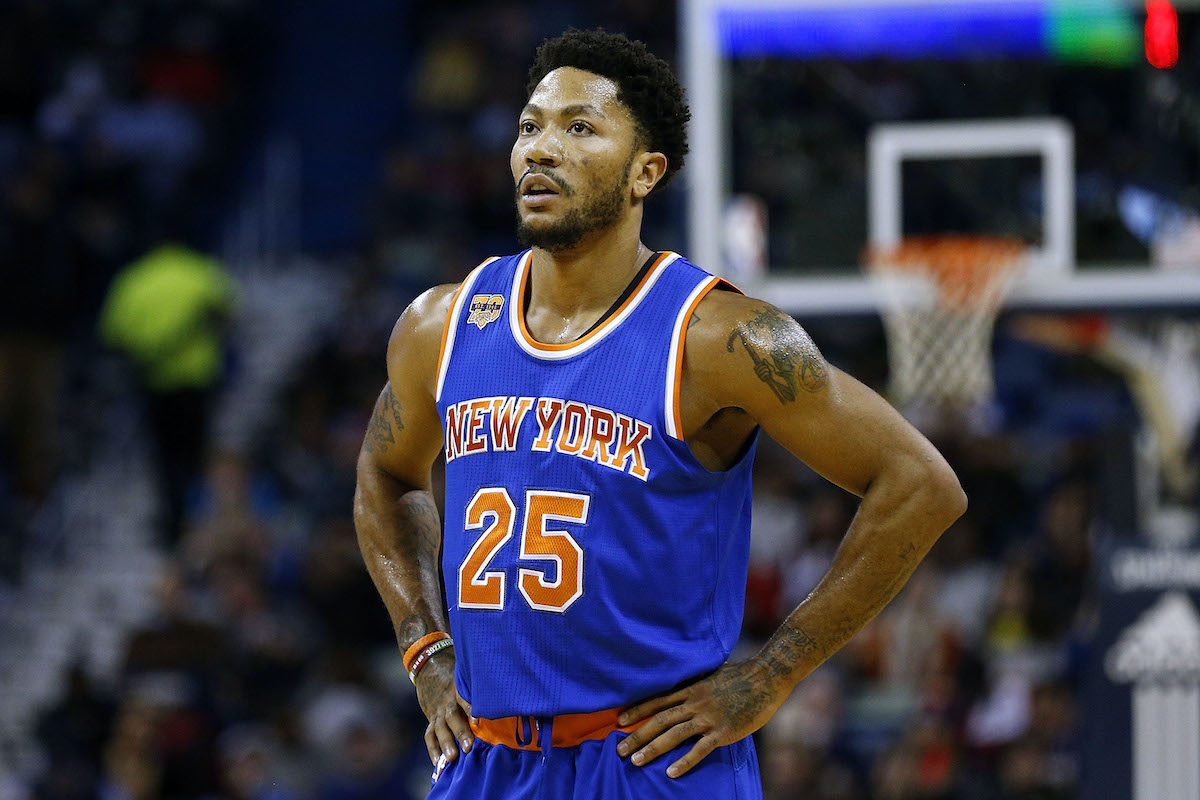 For the second time in his career, Derrick Rose is going to the New York Knicks and reuniting with his former head coach Tom Thibodeau. The trade package sends Dennis Smith Jr. and a 2021 second-round pick to the Detroit Pistons in exchange for the veteran guard.

Knicks Impact: New York (11-14) is sitting in the No. 8 spot in the Eastern Conference, and they have a legitimate chance to reach the postseason for the first time since 2013. Rose’s average of 14 points and 4 assists per game is an upgrade at the point guard position for New York.

Pistons Impact: Detroit (5-18) is now dead last in the East, and they’re ready to start selling. Blake Griffin is rumored to be the next big name on the Pistons’ trade block.

The first night of action at the Australian Open is underway, and two of the biggest names in the sport started off hot with straight-set sweeps to advance through Round 1. Naomi Osaka (6-1, 6-2) and Serena Williams (6-1, 6-1) are moving on.

A shootout for the ages! Luka Doncic (42 points) and the Mavericks survived a 57-point night from Steph Curry and the Warriors in an unforgettable game on Saturday. Dallas held off a late Golden State run (134-132) in a game of must-see highlights.

Scott Laughton recorded his first career hat-trick on Sunday to give the Flyers a 7-4 win over the Capitals. Laughton scored one goal in each period, and teammate Sean Courtier scored twice in a third-period runaway.

Brooks Koepka claimed his first PGA Tour win of the season with a Sunday surge to take the Waste Management Phoenix Open at TPC Scottsdale. Koepka (-19) shot a 6-under final round, including an eagle chip-in on Hole 17 to erase a six-stroke deficit down the stretch.

In a season in which most fans were unable to get into the stadium, one made it onto the field of Super Bowl LV. The Super Bowl streaker got his 15 seconds of fame as he ran from end zone to end zone, something the Chiefs failed to do all night. (Yahoo! Sports)

As the Chiefs found out the hard way, they can’t all be winners, and in fact, some times there can be big, big losers. While the Super Bowl reminds us of that lesson, the commercials did, even more so. (Sporting News)

The SBLV Officiating Was Terrible

There’s no conspiracy. There’s no Commissioner Roger Goodell hitting a button that connected directly to the cerebral cortex of the refs that caused them to punish the Chiefs. It was none of that. It was a normal NFL problem that’s been one for years. (USA Today)