It Feels Good To Be Elite

Woah, that weekend was wild. It’s one of our longest editions ever (2,000 words) courtesy of the spring sports overlap, from college hoops to F1, UFC and more. The Madness continues tonight and tomorrow. Opening Day throws out the first pitch on Thursday. Hold on tight.

It Feels Good To Be Elite 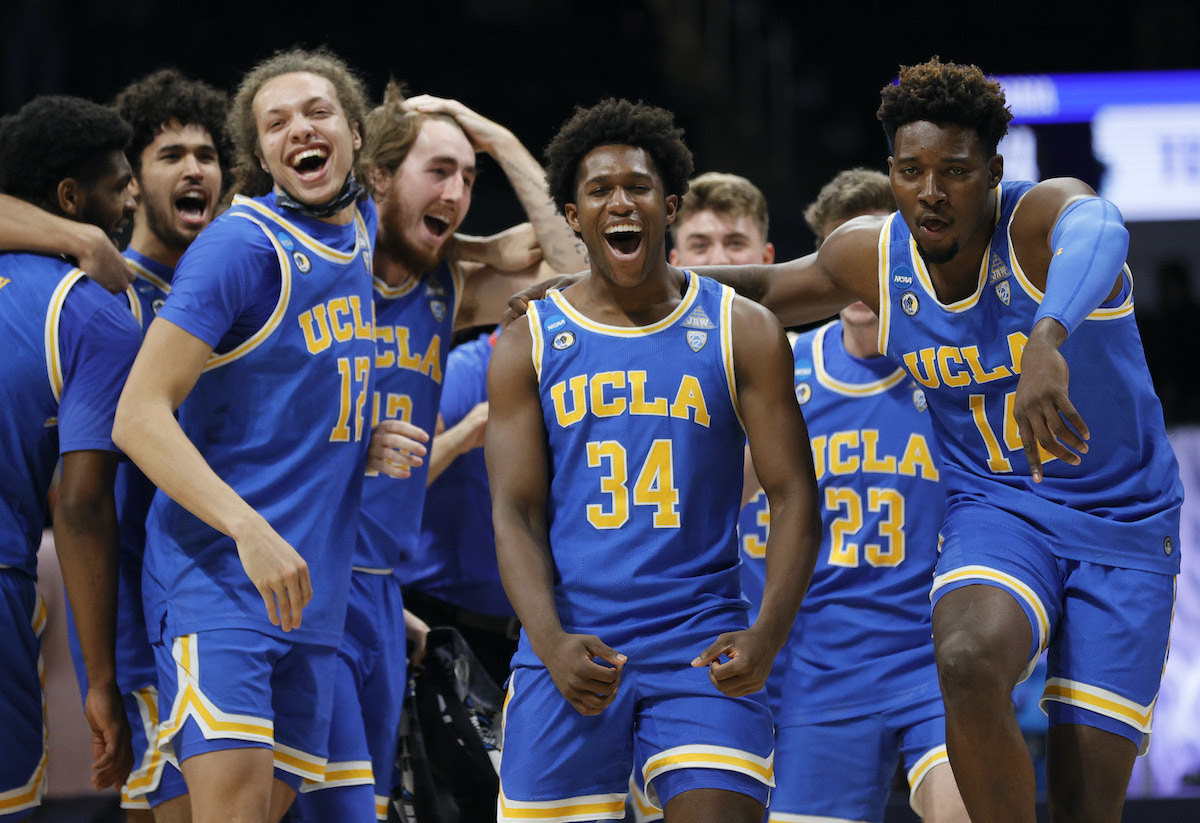 It feels good to be elite! The Sweet 16 trimmed the March Madness participants to the Elite Eight over the weekend. Only one win remains to reach the Final Four. After another weekend of chaos, three 1-seeds, one 2-seed and one 3-seed remain among a trio of Pac-12 surprises — #6 USC, #11 UCLA and #12 Oregon State. Let’s see how they got to the Elite Eight:

The top seed in the South Region needed a second-half comeback to outlast Big East foe Villanova on Saturday. Baylor shot just 3-for-19 from 3-point range (15.8%), but they erased a seven-point deficit early in the second half before cruising to a double-digit win.

There was little doubt in the Midwest semi-final. Houston carved up the Syracuse zone early on Saturday while watching Buddy Boeheim (1-for-9, 3-pt) go ice cold. It was the Orange’s lowest scoring total of the season by a dozen points. Houston hasn’t lost since Dec. 29, 2020 — 22 games.

For the ninth time in the last 10 games, the Razorbacks overcame a halftime deficit to end the ORU Cinderella story. The battle of the point guards — Max Abmas (25 points) and Jalen Tate (22 points) — was the story of the game. Davonte Davis hit a go-ahead jumper with 2.9 seconds left before Arkansas watched a last-second 3-pointer by Abmas clank off the front of the rim.

After being picked to finish last in the Pac-12 at the start of the season, the Beavers are dancing into the Elite Eight. Oregon State held Loyola Chicago to a mere 16 first-half points on Saturday before holding off the Ramblers in the second half. They’re the first 12-seed to reach the Elite Eight since 2002 (Missouri).

The undefeated run continued for top-seeded Gonzaga with a mid-game blitzing of Creighton. The Bulldogs erupted in the ten minutes before and after half, turning a two-point lead (27-25) into a 20-point catastrophe (62-42). The Gonzaga starters combined for 73 of the team’s 83 points, and they’re now 29-0.

The last Big Ten team standing jumped on Florida State early. Michigan used a 10-0 run in the early going to give themselves a near wire-to-wire win. The Wolverines only made three triples, but they shot 50 percent from the field in another game that was never in doubt. Michigan is now 14-2 all-time in Sweet 16 games. They’re 7-6 in the Elite 8.

Heartbreak for the Crimson Tide! After a pair of free throws gave the Bruins a three-point lead in the final seconds (65-62), Alex Reese — who hit just one shot the entire game — hit a game-tying 3 to force overtime. But it was all UCLA in the extra period. They had six players in double figures as Mick Cronin’s Pac-12 underdogs went from the First Four to the Elite 8.

The Sweet 16’s only inter-conference matchup featured a battle of two Pac-12 rivals, and a first-half flurry made the difference in favor of USC. After Oregon jumped out to a 5-0 lead in the first two minutes, the Trojans outscored the Ducks 41-21 the rest of the first half. The USC backcourt of Tahj Eaddy and Isaiah White combined for 42 points to take the Trojans to their first Elite 8 since 2001. They haven’t reached the Final Four since 1954.

B/R: The Best Plays of the Sweet 16 All in One Place 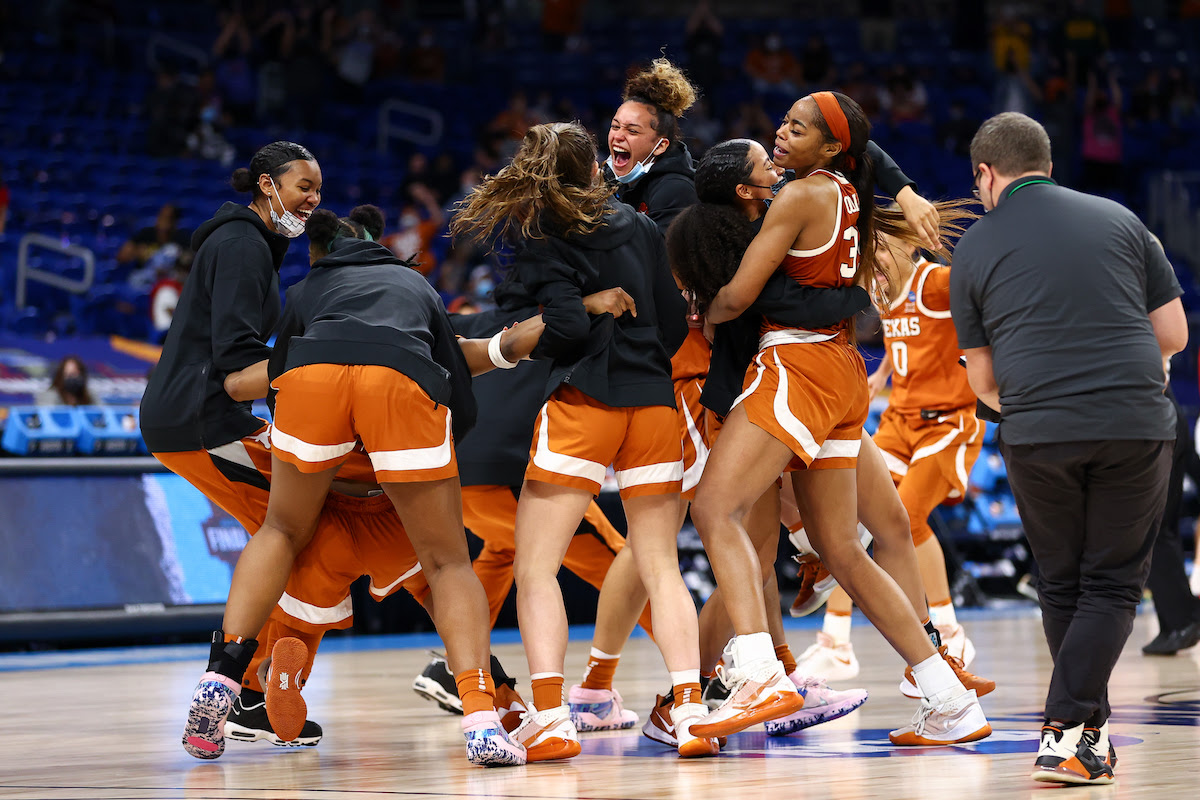 There’s no place like home in San Antonio! The women’s NCAA Tournament has found its Elite Eight after a weekend highlighted by a stunning upset from 6-seed Texas over 2-seed Maryland (64-61). But it wasn’t all chalk in the rest of the Elite 8. 4-seed Indiana sent 1-seed NC State packing. Those two state schools — Texas & Indiana — are also the host states of both NCAA tourneys. At least one Indiana team could make a deep run somewhere. Here are the Sweet 16 ‘caps from the weekend:

The Sweet 16 tipped off with the battle of freshmen in the UConn-Iowa matchup, but this game wasn’t just about Paige Bueckers and Caitlin Clark. UConn rung up 92 on the Hawkeyes thanks to Christyn Williams’ game-high 27. It’s the Huskies’ 26th Elite 8 appearance in the last 30 years.

The highly anticipated battle between NaLyssa Smith (Baylor) and Naz Hillmon (Michigan) was worth the price of admission on Saturday. Baylor survived an upset bid thanks to Smith’s perfect shooting night (11-for-11), and the Lady Bears join their brother Bears as the only programs from the same school still dancing.

The Hoosiers knocked off the first 1-seed of the tourney despite shooting 14.3% from the 3-point line. Indiana won it with defense and a lineup that only runs about five deep. The IU women are making their first-ever Elite 8 appearance in program history, and they’ll face another school doing the same…

The highest scoring performance of the Sweet 16 belonged to Aari McDonald (31 points) from Arizona. The Wildcats shocked the tourney with a 15-point upset against Texas A&M, who could’ve easily been a 1-seed. It’s Arizona’s first trip to the Elite 8, and they’ll get 4-seed Indiana for a spot in the Final Four.

Sunday’s matchup of east coast squads saw Georgia Tech give the Gamecocks a run for their money. South Carolina’s Zia Cooke caught fire and went 5-for-6 from deep to lead a second-half runaway and advance.

A no-doubter for the Cardinal. Stanford chipped in 15 triples (15-for-32) to overpower Missouri State on Sunday. They haven’t lost since January 22 — 17 straight games.

The ACC Player of the Year Dana Evans erupted for 29 points to lead Louisville past Oregon with ease. The Cardinals held the Ducks to single digits in three of the four quarters before blowing it open in the 4th.

The game of the day in San Antonio! Texas and Maryland went down to the wire before the 6-seed Longhorns’ defense locked it down in the second half. Charli Collier went for 16 points and 11 boards and Texas held Maryland to a season-low 61 points.

USA Today: How the Longhorns Pulled Off the Biggest Upset in Women’s NCAA Tournament So Far

ESPN: Indiana & Arizona Are Making Their Own History in the Women’s NCAA Tournament 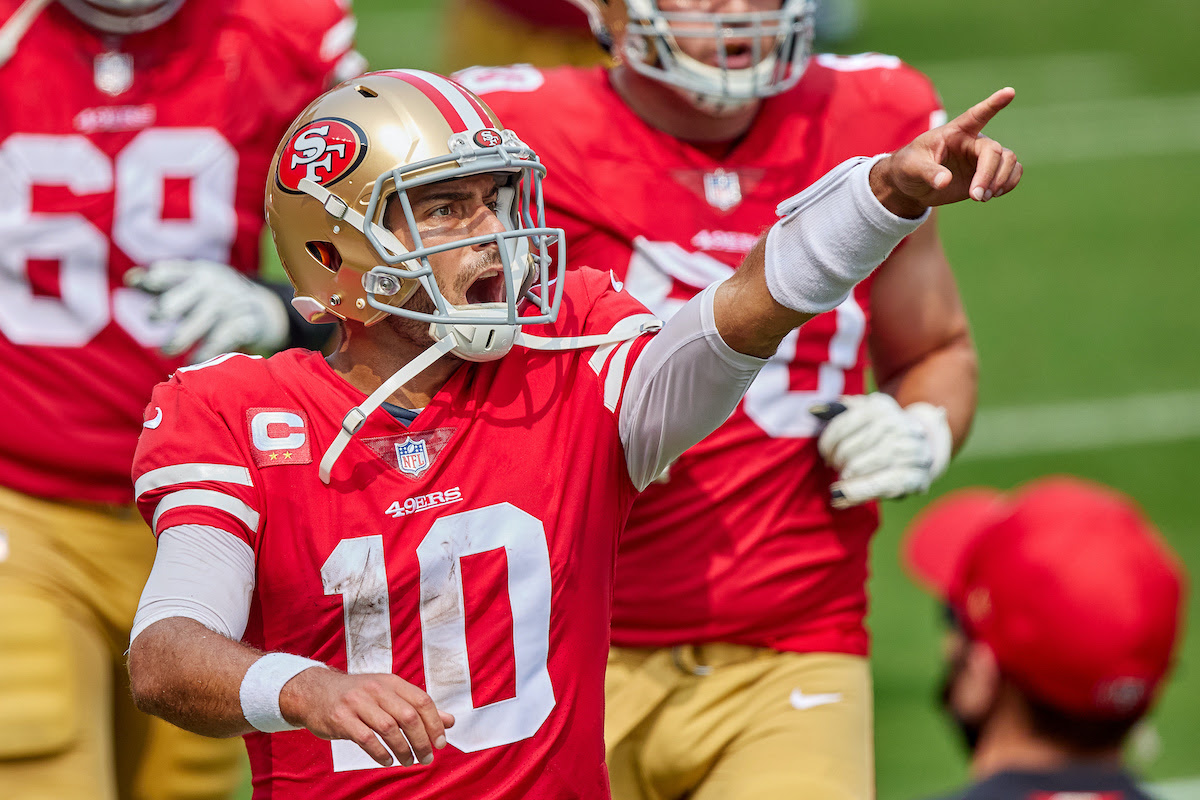 The NFL Draft is officially one month away, and we have our first major shakeup at the top of the board after Friday’s wild movement. The San Francisco 49ers and Miami Dolphins completed a pick swap for Nos. 3 and 12 to let the Niners move up, then Miami moved back up by flipping the 12th pick with the Philadelphia Eagles just moments later. That means more mock drafts are sure to follow.

Conclusion? The 49ers want a quarterback, the Dolphins want a receiving weapon, and the Eagles are loading up draft capital for 2022. Philly now has three potential 1st-rounders next season. 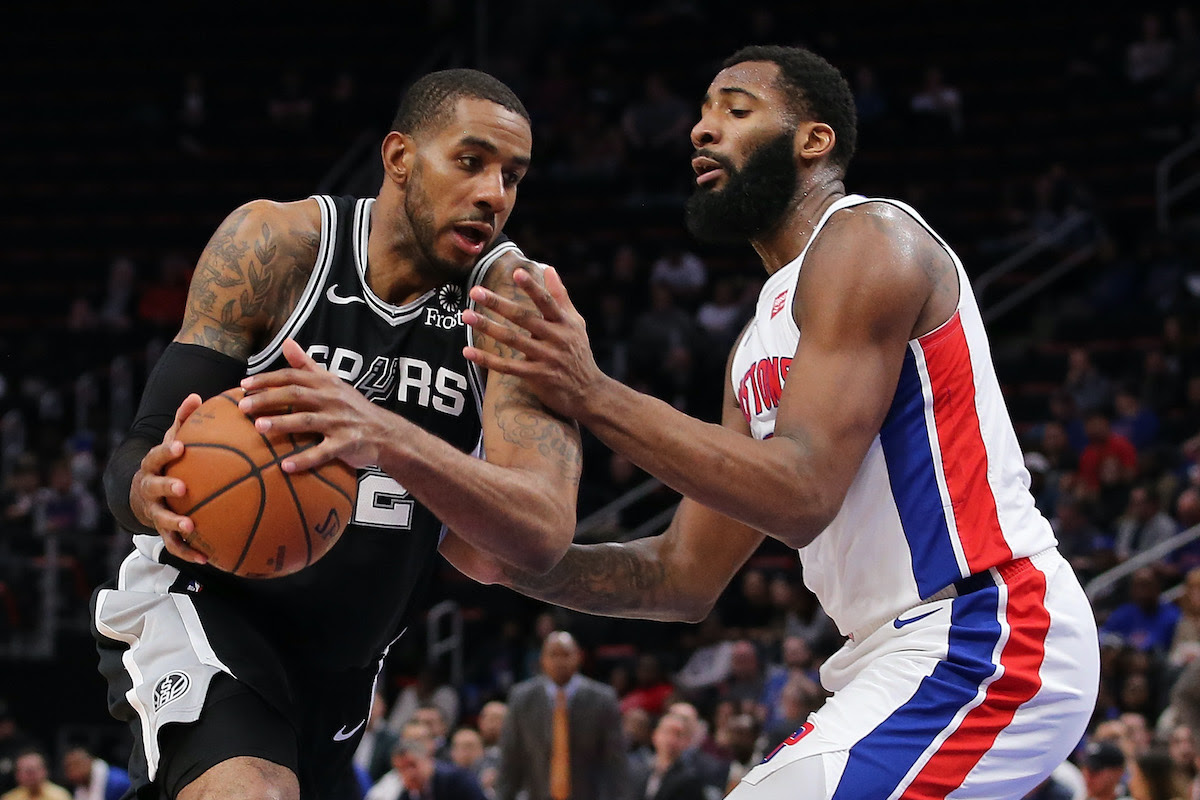 The rich get richer. The Spurs and Cavs failed to move their veteran big men at the trade deadline, and the result for both was a contract buyout that allowed them to hit free agency. Where did they go? Ring hunting. Both LaMarcus Aldridge (Nets) and Andre Drummond (Lakers) joined the two NBA Finals favorites over the weekend on 1-year, ring-friendly deals. Both former all-stars will come off the bench, and the NBA’s elite just added depth.

King Fox Still on Fire: Another huge night for De’Aaron Fox on Saturday. The Kings’ guard poured in 36 points in the team’s fourth straight win. Fox has scored 30-plus in all four games.

NHL: Predators Sweep Blackhawks for No. 5

The Nashville Predators won their fourth and fifth straight games over the weekend with back-to-back takedowns of the Chicago Blackhawks (3-1 & 3-2). Roman Josi netted the tiebreaker in Sunday’s win to lift Nashville ahead of Chicago in the Central Division.

The U.S. Men’s National Team (U-23) failed to qualify for the Olympics with a 2-1 loss to Honduras on Sunday. Goalkeeper David Ochoa was responsible for the second goal with a crucial mistake in net. It’s the third consecutive Olympic cycle that the USMNT has failed to qualify.

Billy Horschel claimed the title over Scottie Scheffler in Sunday’s final pairing of the WGC-Dell Technologies Match Play event. Horschel lone final-round birdie came from a 40-foot chip-in on the fifth hole, but he let Scheffler’s melt down carry him to his sixth PGA Tour win.

One of the United States’ premier tennis tournaments continues into its own Sweet 16 early this week down in Miami. Even without some of the sport’s biggest names in the field, it’s the tournament’s first showing since 2019 due to last year’s COVID-19 shutdown. More coverage to come.

Francis Ngannou dethroned Stipe Miocic 52 seconds into Round 2 of Saturday’s UFC 260 bout Saturday night in Las Vegas. Ngannou claims the heavyweight title in UFC, and a fight with Jon ‘Bones’ Jones could be next.

Picking up where he left off… Lewis Hamilton won the season-opening Formula 1 race at the Bahrain Grand Prix on Sunday after Max Verstappen was forced to give back first place following an illegal pass. Hamilton has now won a record 96 F1 races.

NHL Announces Schedule Changes to 19 Games Due to COVID-19, Mostly in North Division