The Month of Madness

The month of madness is about to begin. For the first time in two years, basketball fans can get hyped for the greatest month-long phenomenon in sports. The Sportsletter’s bracket pool will feature some exciting prizes, too. Stay tuned. 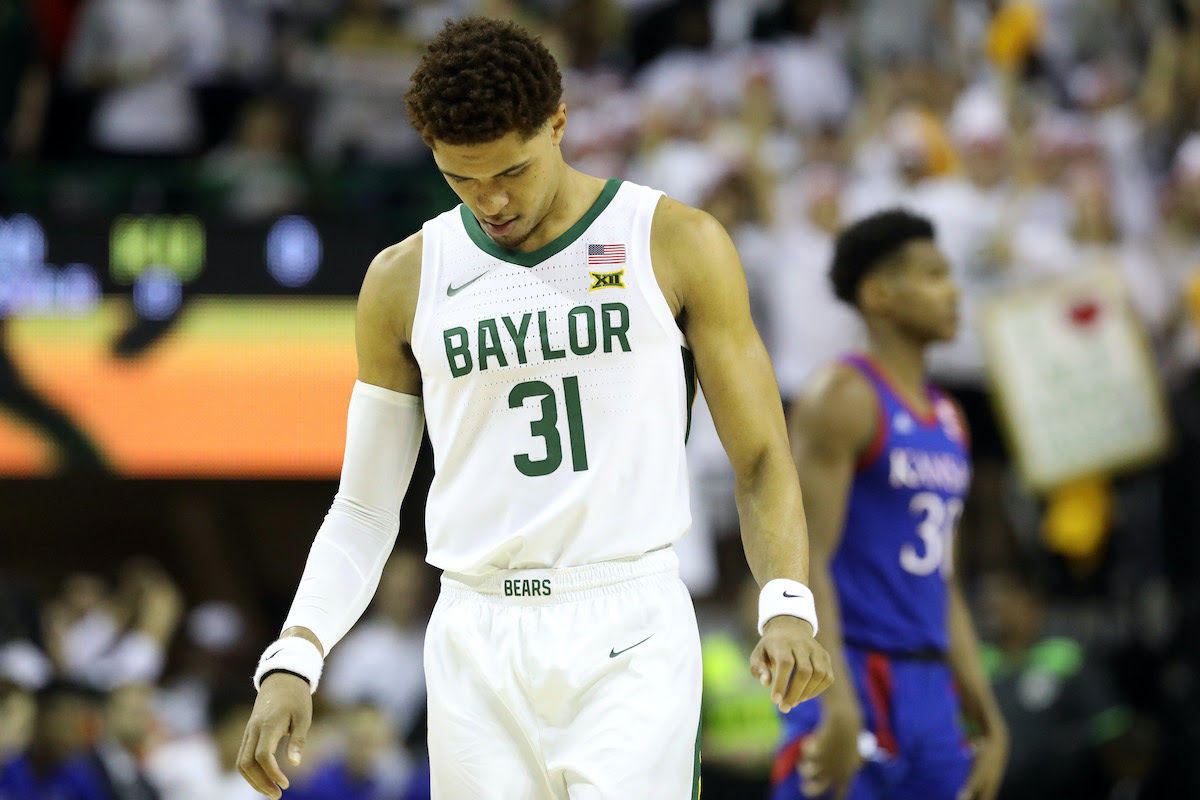 It took until the final days of February, but the 17th-ranked Kansas Jayhawks put the first blemish on No. 2 Baylor’s record with a 71-58 win on Saturday at Allen Fieldhouse. The Bears shot just 34.8% in a game where they were out-rebounded 48-28. And the question mark surrounding the validity of Baylor’s No. 2 ranking just got bigger. The Bears had a tough road in the Big 12 this season, but they also avoided seven games against ranked opponents due to COVID-19 cancellations. Would they have still been undefeated at this juncture of the year had they played those games? Playing opponents on their schedule like #1 Gonzaga, #7 Oklahoma, #10 West Virginia and #18 Texas Tech may have proved otherwise. With a record of 18-1, Baylor is still a projected No. 1 seed in the NCAA Tournament, but Kansas just brought them back to Earth.

Nine of the Top-25 teams in men’s college basketball hit a snag in the road this weekend. Only three of those came at the hands of another ranked opponent, leaving six teams victims of unranked foes. Expect a shakeup when today’s rankings are revealed.

For Tiger: The Sunday Reds 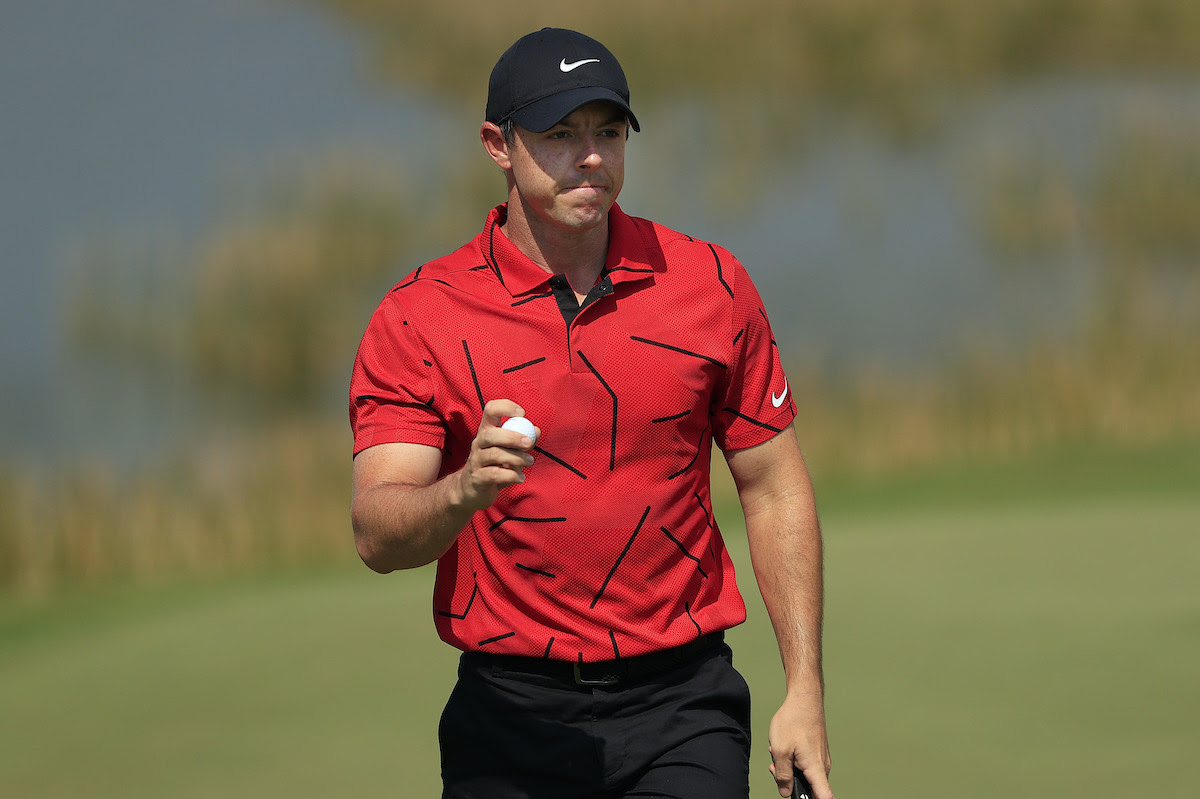 Last week was another hold-your-breath moment for sports fans after Tiger Woods was involved in a car accident that resulted in multiple bone fractures and a shattered ankle. Luckily, Woods is okay, and the golf world has been there to encourage him in his recovery.

On Sunday, PGA players at the WGC-Workday Championship wore red and black to show appreciation for Woods and what he means to the game. One particular competitor and rival of Woods — Rory McIlroy — wore red for the first time in his 14-year career. Tiger’s traditional Sunday colors were on display at the Puerto Rico Open, too.

“It’s hard to explain how touching today was when I turned on the tv and saw all the red shirts. To every golfer and every fan, you are truly helping me get through this tough time.” — Tiger Woods

As for the athletes on display this weekend, Collin Morikawa (-18) was a three-stroke winner at the opening event of the Florida Swing. He beat out Viktor Hovland (-15), Brooks Koepka (-15) and Billy Horschel (-15). The PGA Tour moves to Orlando for the Arnold Palmer Invitational next weekend.

USA Today: What We Know: The Latest on Tiger Woods’ Recovery Timeline

Knicks on the Rise 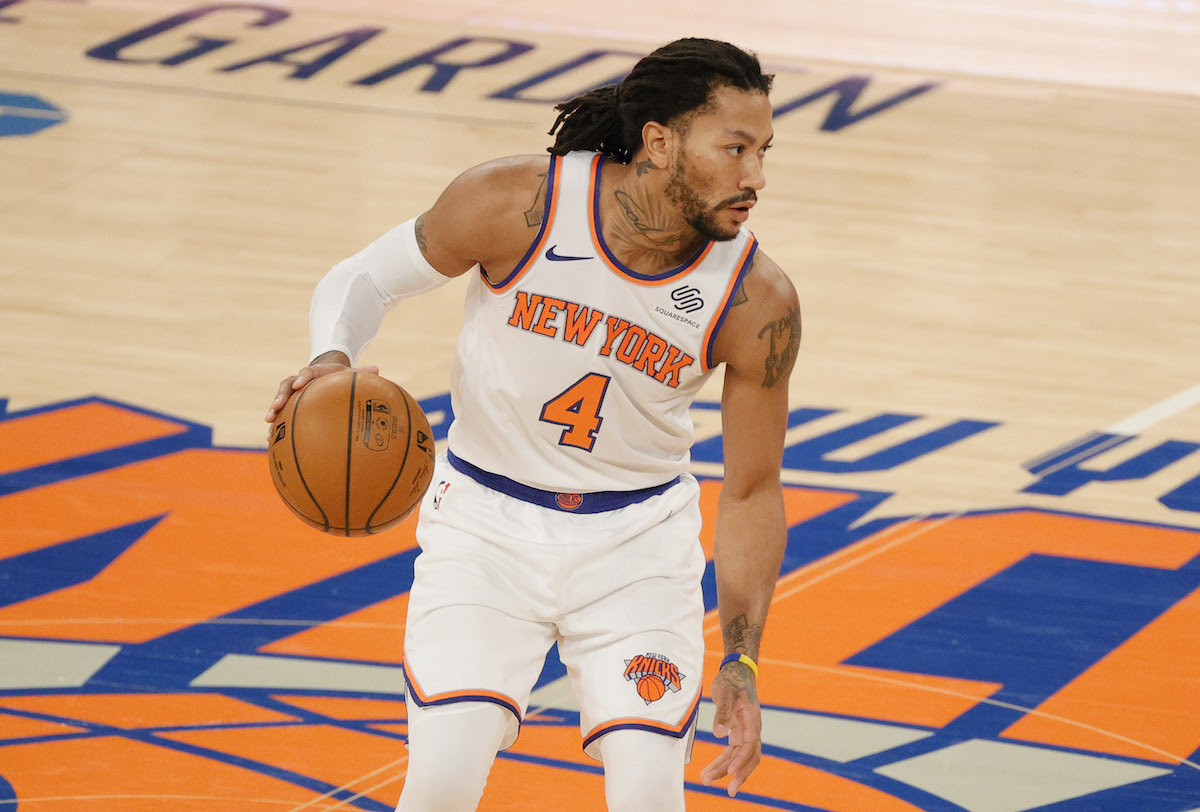 New York Pulls Above .500 as NBA Nears Middle of the Season

We’re closing in on the all-star break in the NBA to signal the midway mark of the regular season, and a few surprise teams are climbing fast. The New York Knicks won their third straight game on Sunday over the Pistons (109-90), and they’ve cracked the .500 mark (18-17) for the first time in more than eight seasons (minimum 20 games). The Knicks are 7-3 since trading for Derrick Rose on Feb. 8.

Shocking Stat: Head coach Tom Thibodeau has instilled a defensive mindset that has the Knicks with the 1st-ranked defense in the NBA. They’re holding opponents to 104.0 points per game. The Lakers defense is 2nd at 105.6 ppg.

Other Teams on the Rise 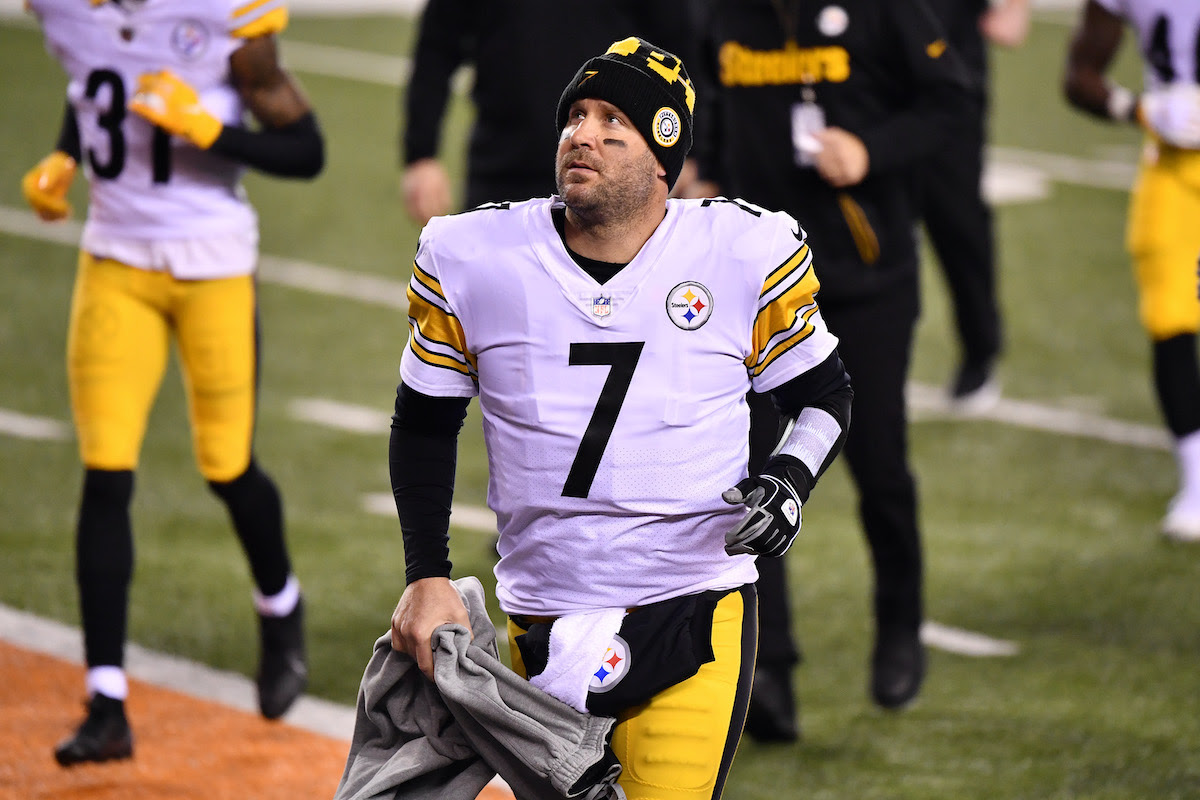 Ben Roethlisberger & The Steelers Are At A Crossroads, But That’s Just The Beginning

The Pittsburgh Steelers were the talk of the NFL last season after an 11-0 start, followed by an epic collapse. With QB Ben Roethlisberger turning 39 tomorrow, and the Steelers currently $30 million over the cap, there’s trouble in Pittsburgh. Roethlisberger and the team have publicly said they’re planning to rework his deal, but that still leaves questions for a team with an aging quarterback and a low first-round draft pick. In short, it means more pay cuts.

A handful of star players will need to make sacrifices or ultimately leave the black and gold. Veterans like CB Joe Haden, C Maurkice Pouncey and G David DeCastro are long-time Steelers with high contracts that could be targets. No matter how you spin it, tough times are on the horizon in Pittsburgh.

The Athletic: Ben Roethlisberger’s New Contract Should Force the Steelers to Break the Mold

ESPN: What Another Ben Roethlisberger Season Means for Steelers in 2021 and Beyond

The Blackhawks stayed hot with a 7-2 win over the Red Wings on Sunday as Patrick Kane netted goal No. 400. Chicago (12-7-4) has won six of their last eight.

3rd-ranked Texas A&M topped 5th-ranked South Carolina (65-57) in the battle of the weekend in women’s college hoops. The Aggies are making a case for the No. 1 overall seed with just one loss this year by four points.

North Dakota State’s unbelievable 39-game win streak finally came to an end on Saturday with a blowout upset by Southern Illinois (38-14). The Bison hadn’t lost an FCS game since Nov. 4, 2017.

Nelly Korda won the Gainbridge on Sunday after her older sister Jessica won the season-opening event last month. They became the second pair of sisters to win back-to-back on the LPGA Tour (Annika and Charlotta Sorenstam, 2000).

As always, never believe anything you see on a baseball diamond in February or March. So, with that out of the way, a hearty welcome back to Major League Baseball, which will stage a month of exhibitions before starting a hoped-for 162-game season April 1. (USA Today)

Inside the Jeremy Lin Controversy

A day after a league official told ESPN’s Marc J. Spears that the G League is investigating a claim made by Jeremy Lin that he was called “coronavirus” during a game, Lin tweeted that he’s “not naming or shaming anyone.” (ESPN)

Right? Russell Wilson’s mini media blitz happened two weeks ago, but the fire we thought flamed out in the time since roared back to life Thursday morning. Turns out, there’s more Seahawks drama for this offseason. (The Ringer)

Officials Miss Call on Made Field Goal in FCS Game