The Jags Are On The Clock

The Sportsletter Team Needs Your Feedback

After an unprecedented year with the COVID-19 pandemic, the sports world is gearing back up for normalcy. And so are we. Take a moment to answer a few quick questions that will help us improve The Sportsletter moving forward.

Take the Survey & Help Us Out

Thanks to everyone who took the survey in yesterday’s edition.

The Jags Are On The Clock 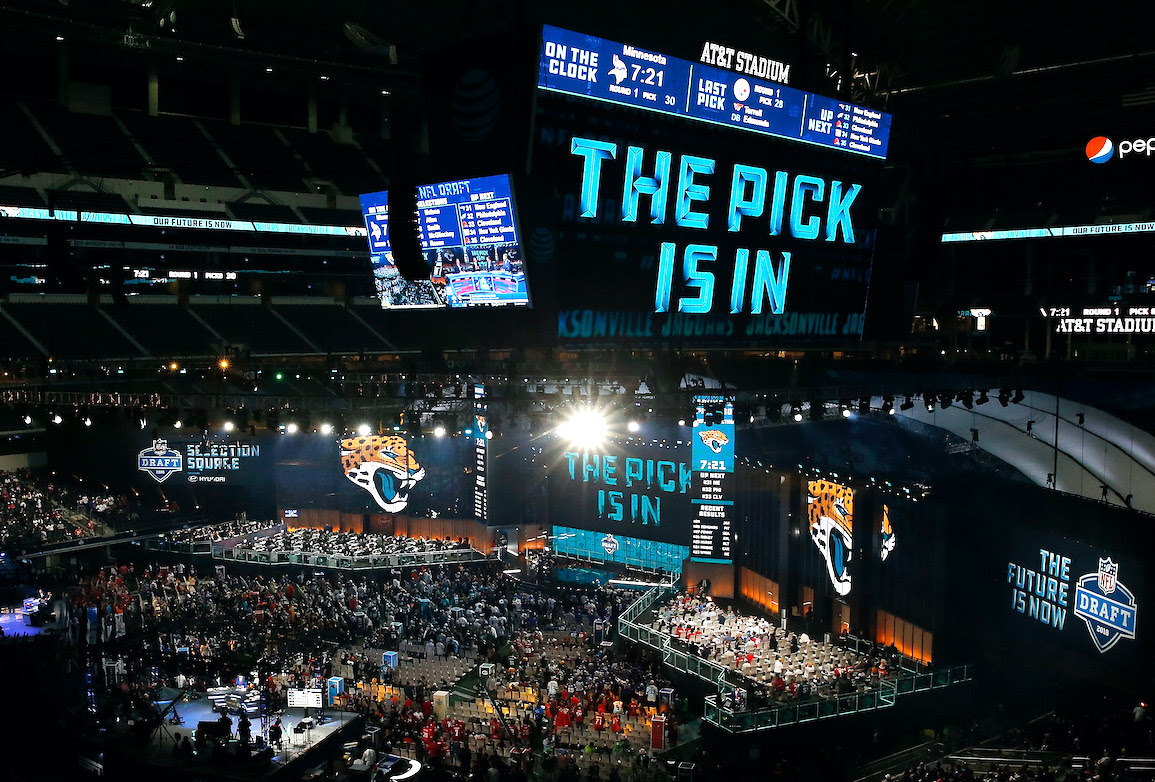 Draft Day is officially here. It’s the time when your football team gets to go shopping for a brand new batch of young talent, but buyer beware. Not all products are as good as they appear on the box, especially in a year when there was no NFL Scouting Combine. The 86th selection show takes place tonight in Cleveland, and it includes a variety of tributes to nearby Canton, Ohio, and the Pro Football Hall of Fame. Ironically, the host-city Browns (Pick 26) are making their lowest 1st-round selection since 1995 after ending an 18-year playoff drought.

The Picks: What to Expect Tonight

Every NFL expert is safe to assume that Pick 1 (Jaguars) and Pick 2 (Jets) are locks, but the 49ers bring the drama with Pick 3. The Eagles own the most picks this weekend (11) and the Seahawks have the fewest (3).

We’ve already seen two pick trades involving three teams in the Top 10. The Eagles and Dolphins traded picks 6 and 12 after the Dolphins and 49ers traded picks 3 and 12. Then, there’s player movement. The Broncos acquired QB Teddy Bridgewater from the Panthers on Wednesday in exchange for a 6th-round pick. That could mean both Carolina (Pick 8) and Denver (Pick 9) still have their eyes on a quarterback.

History could be made when the run of offensive talent loads the top of the 1st Round. Based on player grades from multiple sources, the top eight rated players this year are all on the offensive side of the ball. Throw in quarterbacks Justin Fields and Mac Jones and we might not see a defensive player picked in the top 10.

On The Clock ⏱️

Teams are given 15 minutes to make selections in the 1st Round. Months of planning, scouting and offseason moves have led to this. It’s a decision that could lead your franchise to the promised land, or back to the top of the board in 2022. The Jacksonville Jaguars are on the clock…

The Ringer: Spin the Wheel of Destiny With the Draft’s Quarterback Sweepstakes

Sporting News: What the Teddy Bridgewater Trade Means for the Broncos 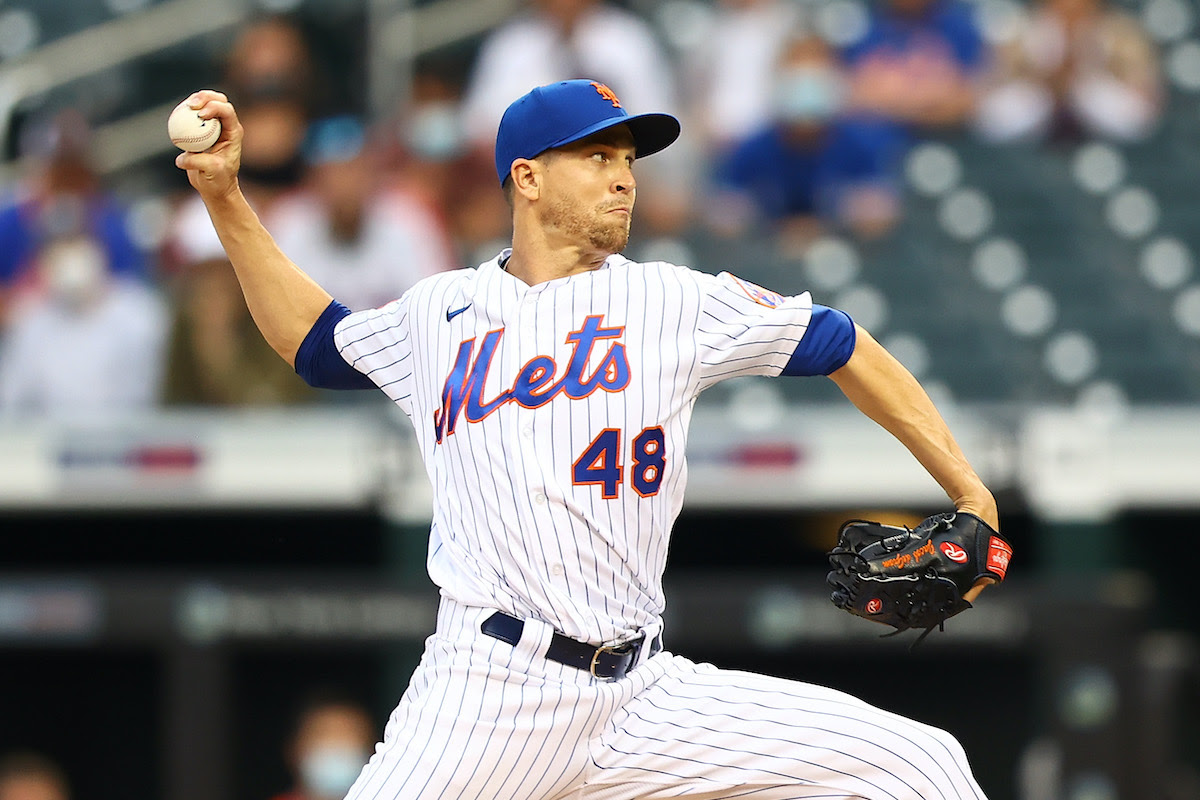 We knew Jacob deGrom was scary good, but his flamethrower is reaching new levels of heat at 32 years old. The Mets’ right-hander just matched the hottest start to an MLB season in league history with nine more strikeouts in six innings on Wednesday night. That gave him 59 Ks through five games to tie Nolan Ryan’s MLB record. deGrom has tossed 35 innings with just 16 hits, 2 earned runs and an ERA of 0.51, including a complete game shutout. Unfortunately for the Mets, they still lost last night to the Red Sox (1-0). Give JD some run support!

Padres Pop Off: Despite all the hype, San Diego finally recorded their first double-digit scoring night of the season on Wednesday. The Padres crushed the Diamondbacks (12-3) behind 15 hits, including two each from Fernando Tatis Jr., Manny Machado, Jurickson Profar, Ha-Seong Kim and Jorge Mateo.

Rizzo Takes the Mound: All smiles in a 10-0 rout? When Cubs manager David Ross put 1B Anthony Rizzo on the mound against Freddie Freeman, he didn’t expect this outcome; a five-pitch strikeout, swinging.

One Step Closer for City 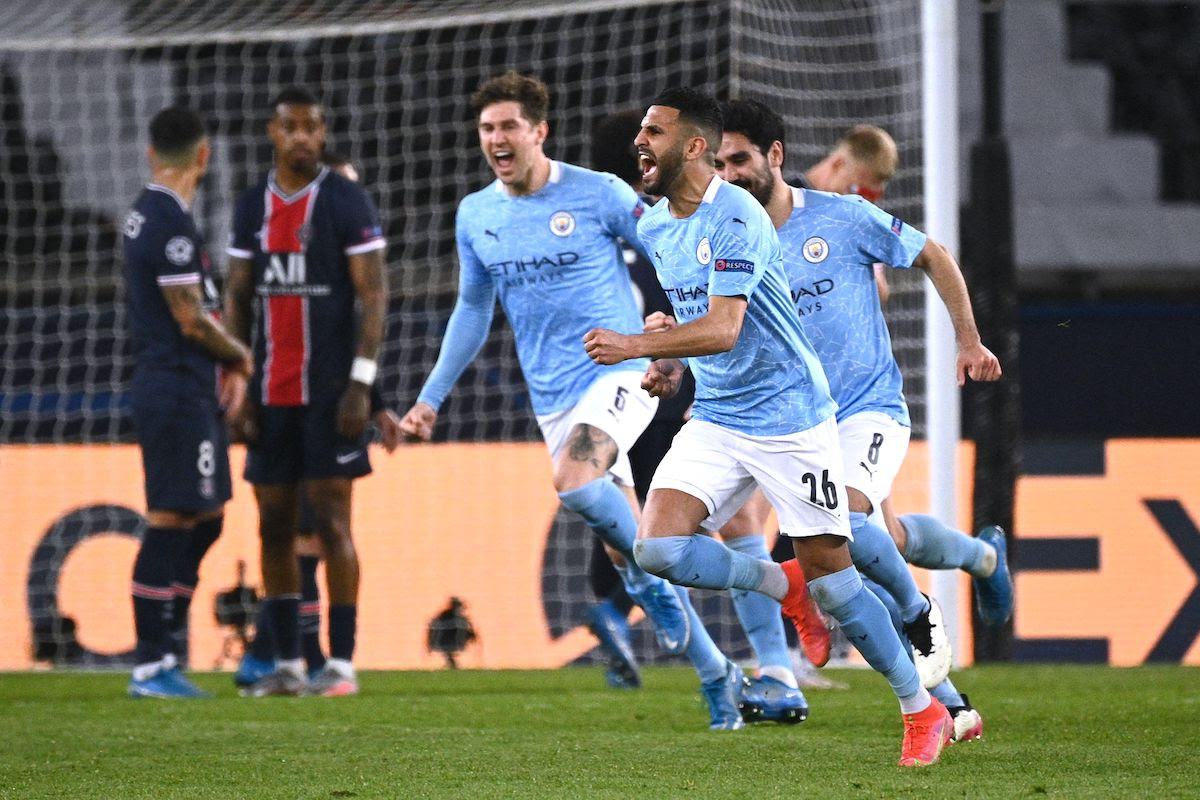 For one half, it looked like Manchester City might finally stumble en route to Champions League glory. PSG struck early with a corner-kick that found the head of Marquinos for a 1-0 lead. But that was it for the Parisian side on the scoresheet. City didn’t respond until the second half when Kevin De Bruyne tied the game on a freak cross (64’) that hopped into the net untouched. The accidental equalizer left PSG goalkeeper Keylor Navas stunned. Moments later, Riyad Mahrez ripped a set piece into the lower left corner (71’) that proved to be the difference-maker.

Both Leg 1s of the UCL semifinals are in the books, and only one team holds on outright advantage. Manchester City — still undefeated in Champions League play — have a 23-4 goal differential over opponents in 11 UCL games. The year of City continues into May.

NBC Sports: 3 Things We Learned From PSG vs. Manchester City

Philadelphia became the third team in the NBA to clinch a playoff spot with a resounding win over the Hawks on Wednesday (127-83). All 15 Sixers players scored, and their 44-point margin of victory was the largest of the year.

A Western Conference showdown between the 2nd and 3rd place teams had a playoff spot on the line. The Suns edged the Clippers (109-101) behind 25 second-half points from Chris Paul. It’s Phoenix’s first playoff berth in 10 seasons.

Toronto is Canada’s first team to secure a bid to the NHL playoffs. The Maple Leafs routed the Canadiens (4-1) for their third straight win thanks to a highlight-reel goal from Auston Matthews. He leads the league with 35 lamps lit. Connor McDavid is second with 28.

The best team in hockey is clicking at the right time. The Golden Knights beat the Avalanche (5-2) for the 10th straight win last night on the back of Max Pacioretty’s two-goal outing.

BONUS: The Jazz scored a franchise record 154 points in regulation. They shot 24-for-41 from 3-point range with eight players in double figures as they crushed the Kings by 49 (154-105).

Post positions are critical in any horse race, especially when the stakes are as high as they will be on Saturday in the 2021 Kentucky Derby. Legendary horse racing handicapper Hammerin’ Hank Goldberg goes straight to the source for his Kentucky Derby picks 2021. (CBS Sports)

The Top 10 Players in the Transfer Portal

There are over 1,500 players in the college basketball transfer portal this year, more than twice the number of players last season. The influx comes from the new NCAA rule that doesn’t require players to sit out a year. Here are the 10 biggest names on the move this summer. (Yahoo! Sports)

The PGA Tour shifts back to the Sunshine State for the final time on the 2020-21 schedule for this week’s Valspar Championship. A surprisingly strong but top-heavy field will tee it up at Innisbrook Resort’s Copperhead course in Palm Harbor, Florida. Nine of the Top-20 players in the world are in the field. (USA Today)