Phew. Bright and early. Three games (NBA and NHL) played until 1:00 am ET last night, including the Jets-Oilers triple overtime thriller in Game 4. We’ll be sending a politely-worded letter to the league scheduling committees.

The playoff grind is on and we won’t stop until it’s over. 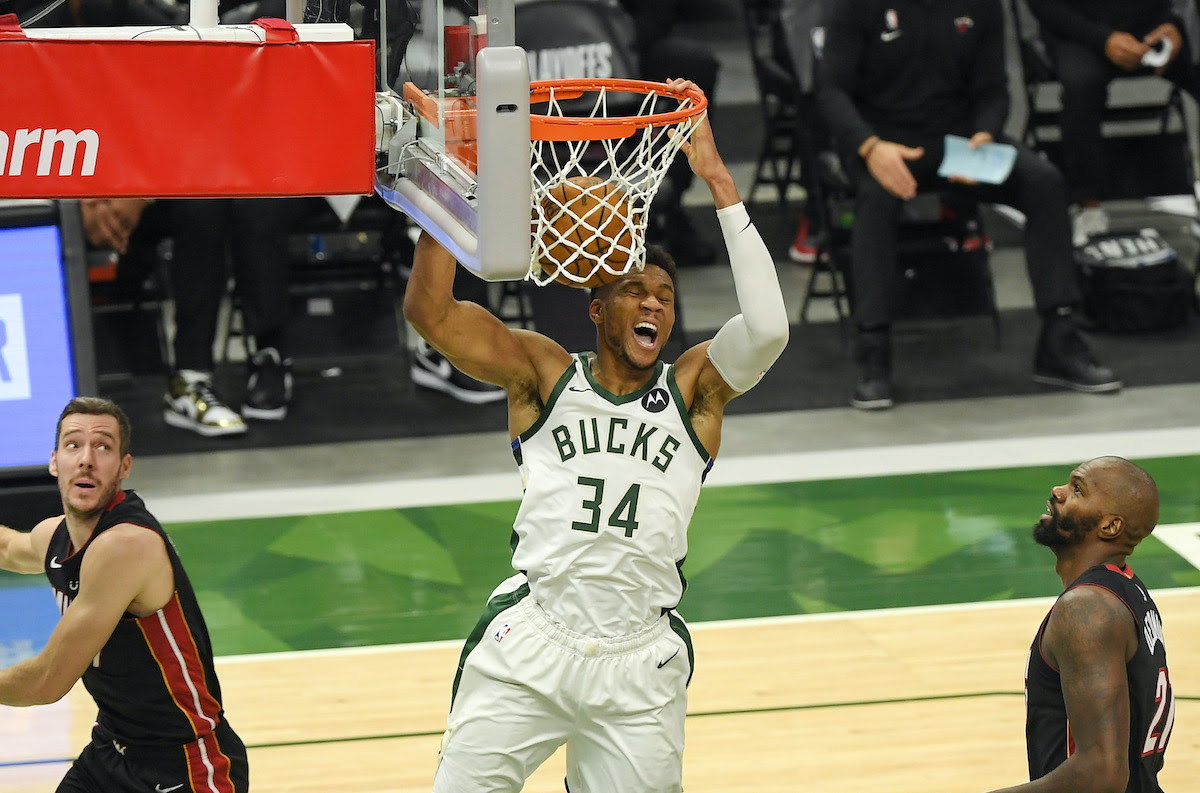 Milwaukee Bucks Leaving No Doubt in the 2021 NBA Playoffs

Two games hit the court on Monday night, and both were blowouts. The Milwaukee Bucks are erasing the ghosts of playoffs past with a reckoning that looks to be Finals-focused. In the late game, a Nuggets bounce-back showing evened the series. Let’s jump right in.

Following Khris Middleton’s Game 1 winner, the Bucks blew the doors off the Heat in Game 2 by outscoring Miami 46-20 in the opening quarter and cruising through the final 36 minutes. Giannis Antetokounmpo packed in a full stat-line (31 pts, 13 rebs, 6 asts, 3 stl, 1 blk), and the Bucks are off to a hot start following back-to-back postseason letdowns. MIL Leads Series (2-0)

The Nuggets answered. Damian Lillard and Nikola Jokic, who combined for 68 in Game 1, went at it again in Game 2. Lillard (42 points) hit nine 3s in an attempt to keep Portland in the game, but Jokic (38 points) shot 75-percent from the field (15-for-20) in a Denver runaway. It’s all square out West. Series Tied (1-1) 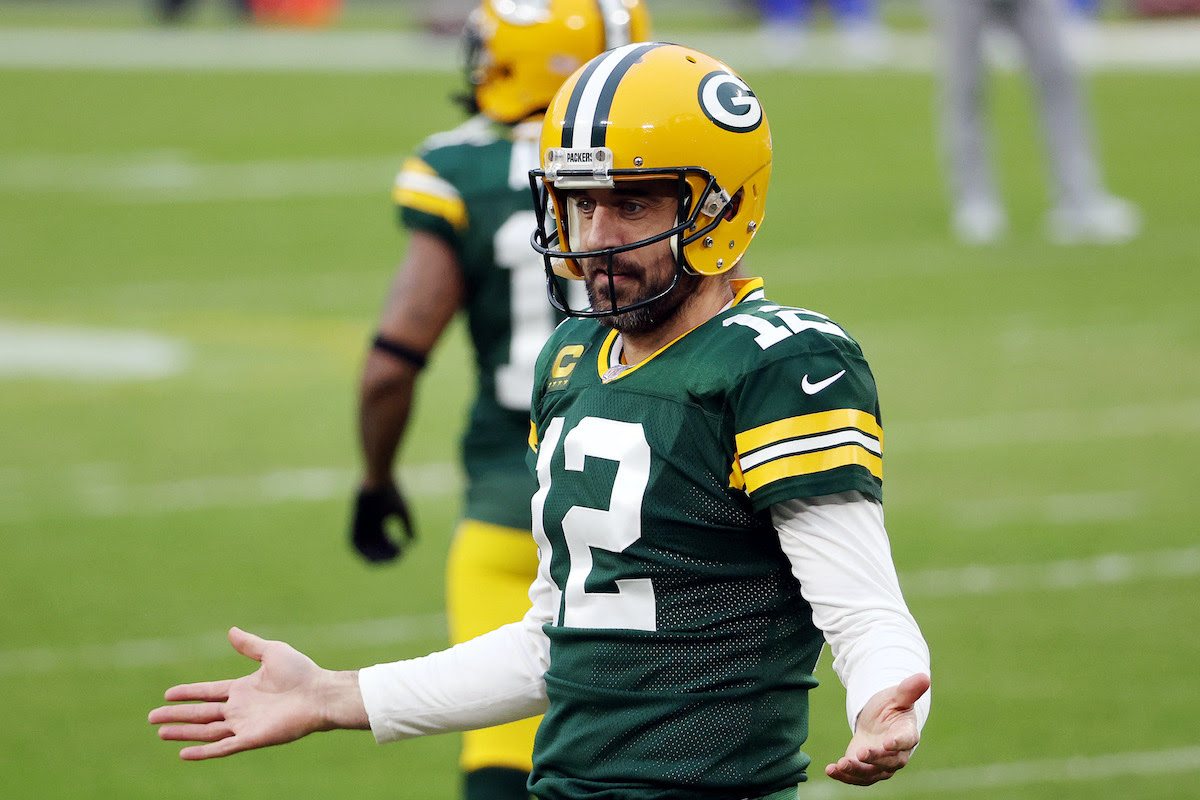 The saga continues in Green Bay. Packers QB Aaron Rodgers was a no-show (as expected) on Day 1 of OTAs this week. That wasn’t a big surprise given Rodgers’ adamant trade requests this offseason, but it is confirmation that the organization is losing the battle of convincing the reigning MVP to return to Wisconsin. And Monday was a significant next step in signaling the end. After missing all of the virtual Phase 1 offseason activities, Rodgers has now missed enough time to lose his $500,000 offseason participation bonus.

“We want him back in the worst way. I know he knows that, and we’ll continue to work at it each and every day.” — Packers Head Coach Matt LaFleur

If the holdout continues, Rodgers will face fines of nearly $100,000 by missing next month’s minicamp, and $50,000 per day come training camp. Money talks, but Rodgers is one NFL superstar who doesn’t need money. Your move, Pack.

7-Eleven: The Rays Are Always Open 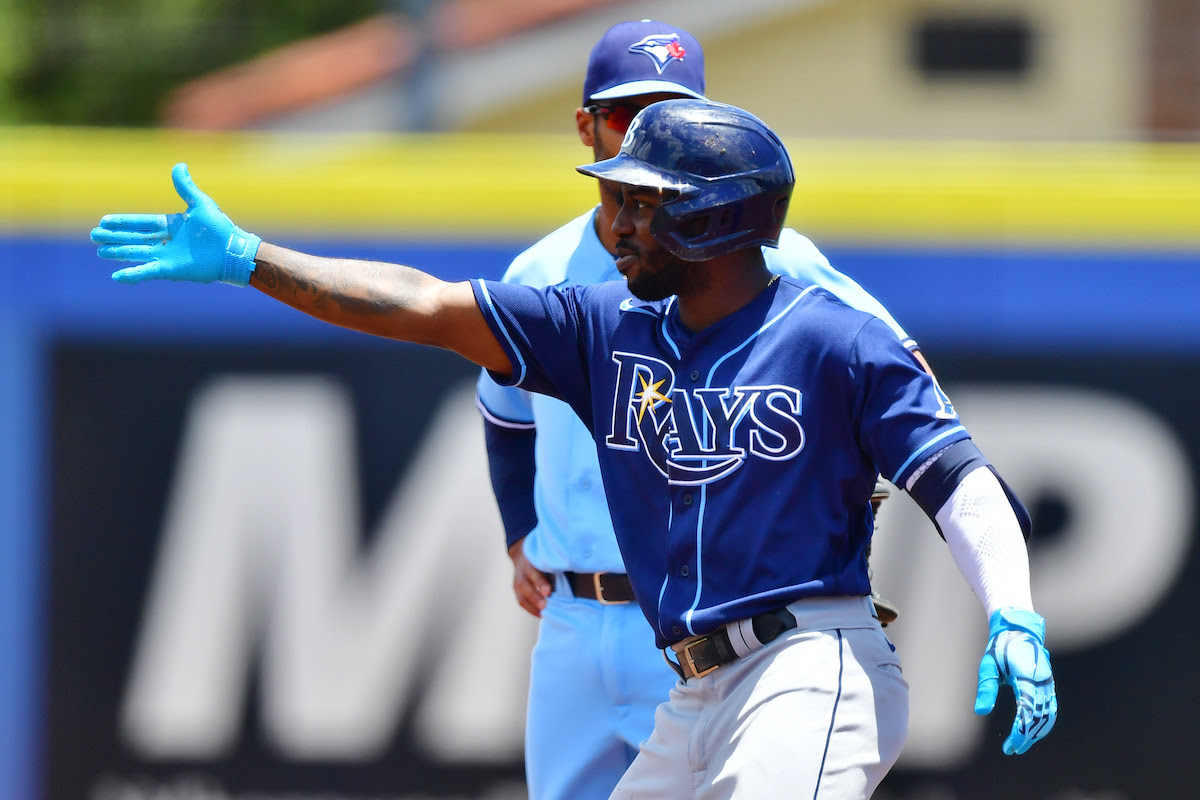 The longest win streak in the majors is still intact after a close call on Monday. Extra innings in the AL East put the Rays’ epic run in limbo for a moment, then they popped off. Tampa ripped off seven runs in the 11th inning of Monday’s meeting with the Blue Jays to blow open a 14-8 win and extend their win streak to 11. That’s the longest streak in MLB this season. Francisco Mejia and Randy Arozarena began the onslaught with RBI base-hits, and Tampa Bay — just seven months removed from the World Series — looks like a contender again.

Luplow Seals It for Tribe: Jordan Luplow made a game-saving circus catch in right field to seal the Indians’ 6-5 win over the Tigers.

Lynn Lights Up Cards: White Sox ace Lance Lynn had his way with the Cardinals on Monday in a 5-1 win. Lynn went seven innings and gave up just three hits and one run. 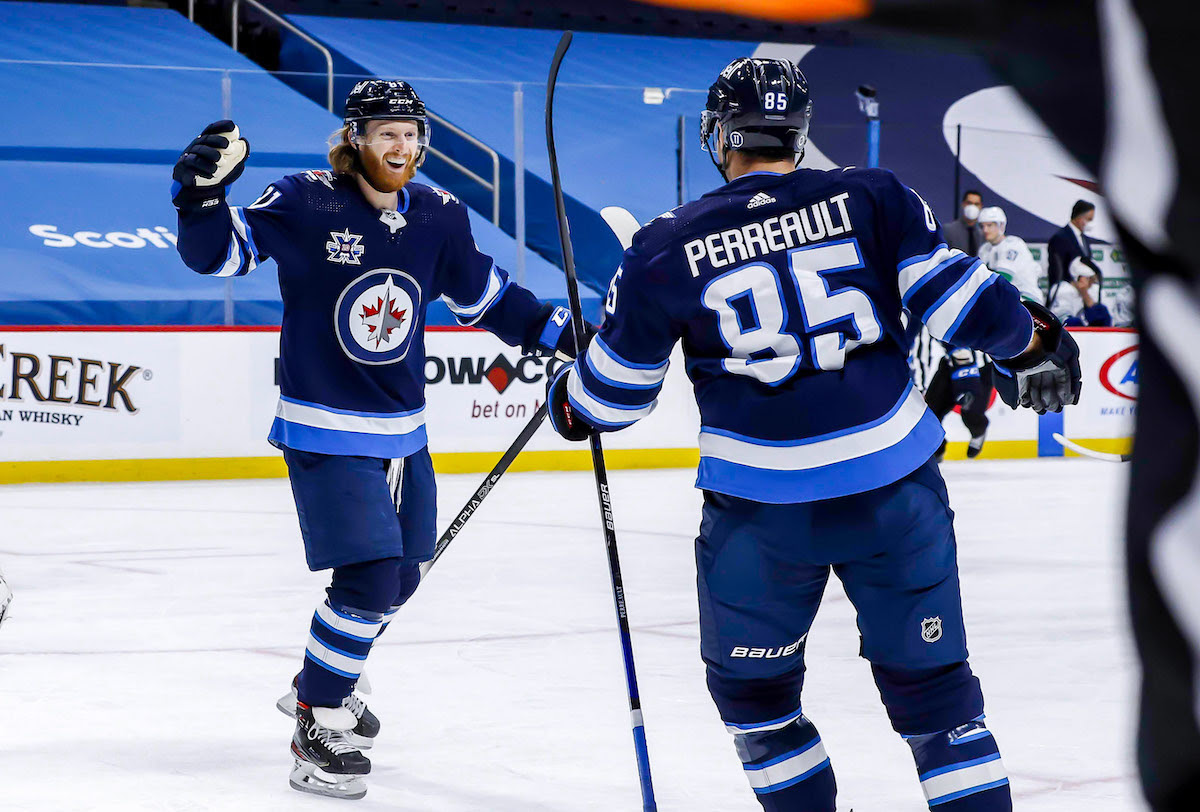 The longest game in Winnipeg Jets history had an ending that was well worth the wait. With a 3-0 series lead, the Jets and Oilers went into triple overtime before Kyle Connor took the puck and fired the game-winner past Mike Smith to send Edmonton home from the playoffs. With the sweep, the Jets eliminated the top two point-scorers in the regular season — Connor McDavid (105) and Leon Draisaitl (84). Winnipeg gets a well-earned rest while they await the winner of the Maple Leafs-Canadiens series.

Elsewhere in the NHL Playoffs, two teams staved off elimination in do-or-die games. The Panthers and Wild were on the ropes, but they live another day. Here’s the latest:

It was a pretty unbelievable Sunday of golf, as fans watched 50-year-old Phil Mickelson, in the words of CBS’s Jim Nantz, “defeat Father Time,” defying the odds and winning at Kiawah Island. Speaking of those odds… (USA Today)

Can the Heat get more out of Bam on offense? Is it time to give Deandre Ayton his due? We’ve got one observation for all eight first games from the 2021 postseason’s opening-weekend bonanza. (The Ringer)

The Falcons’ star receiver finally spoke out on the trade rumors saying, “I’m out of there.” It’s looking more and more like Julio Jones will be dealt, but where? Here are some of the best landing spots after the June 1 window opens. (CBS Sports)

Opinion: This Was the Weekend That Brought Sports Back to Normal, And It Was Glorious to Watch

Let’s try this again. Due to technical errors in yesterday’s poll question, we were unable to track votes.

Which of the Game 1 winners among NBA Playoff underdogs (lower seeds) has the best chance to win the series?