“Five letters here just for everybody out there in Packer-land: R-E-L-A-X. We’re going to be okay.”

Seven years later, no one in Packer-land is relaxed. 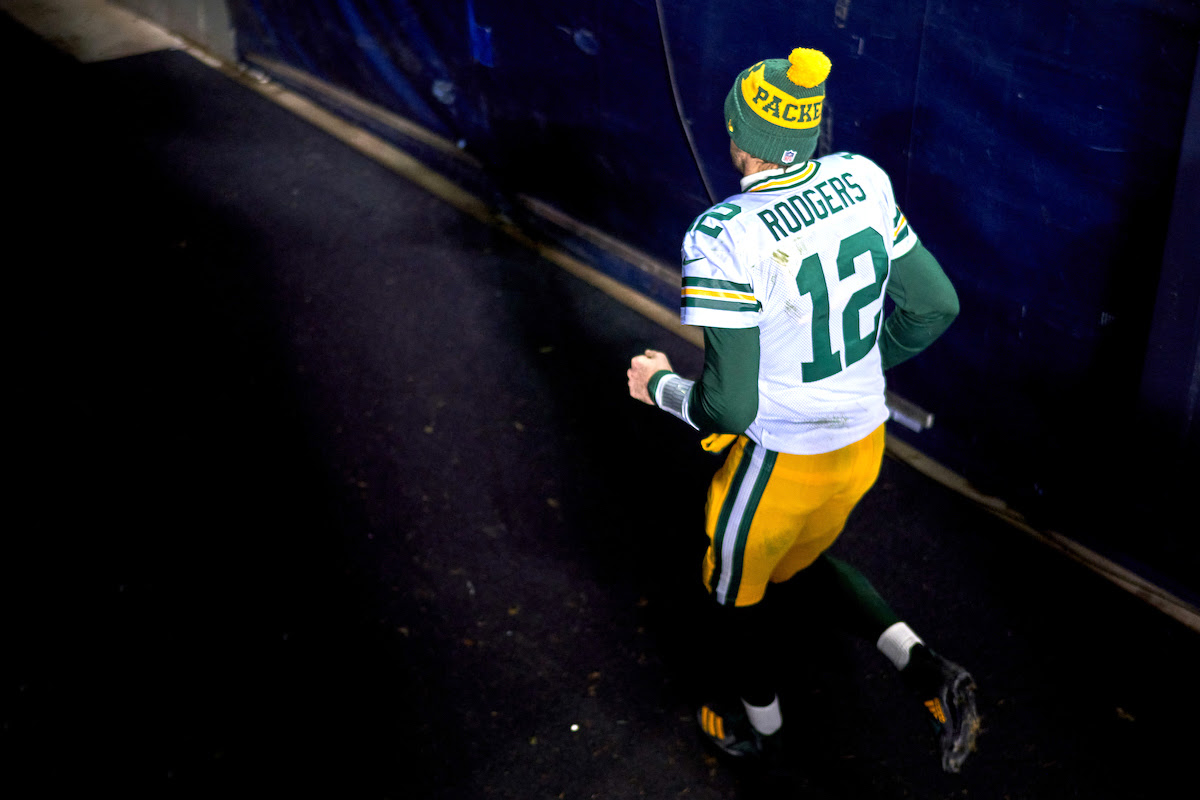 Opinion: The Packers Need to Trade QB Aaron Rodgers, Or Else

The biggest ongoing sports storyline in the last five days won’t have a happy ending. At least not for the Green Bay Packers. When ESPN’s Adam Schefter unloaded the story just hours before the NFL Draft, no one knew if it was real. Aaron Rodgers said he won’t return to the Packers this season, and the Green Bay brass refuses to trade him. Now what?

How We Got Here

We’re only five days into the standoff, but it’s a riff that’s been building behind the scenes for years. It’s been ten years since Rodgers and the Pack won Super Bowl XLV (2011), and the 37-year-old’s window is surely closing. That’s why Green Bay drafted his heir apparent, QB Jordan Love, in the 2020 NFL Draft. How did Rodgers respond? He won the MVP. And now he wants out.

Never before has the NFL MVP been traded the following season, and it’s a hard pill to swallow when that guy is on the Mount Rushmore of quarterbacks. But in this moment, the Packers have no choice. Rodgers has already threatened to retire if Green Bay refuses to trade him, or if GM Brian Gutekunst isn’t fired. But retiring means Rodgers could go the route of Rob Gronkowski or Marshawn Lynch — get healthy for a year and return to any team, anywhere, with nothing in return for Green Bay, and likely play into his 40s like Tom Brady. And that, if you’re the Packers, is your worst nightmare.

It’s time to trade Aaron Rodgers, or else.

CBS Sports: Irate Aaron Rodgers Wants Trade to One of These 3 Teams 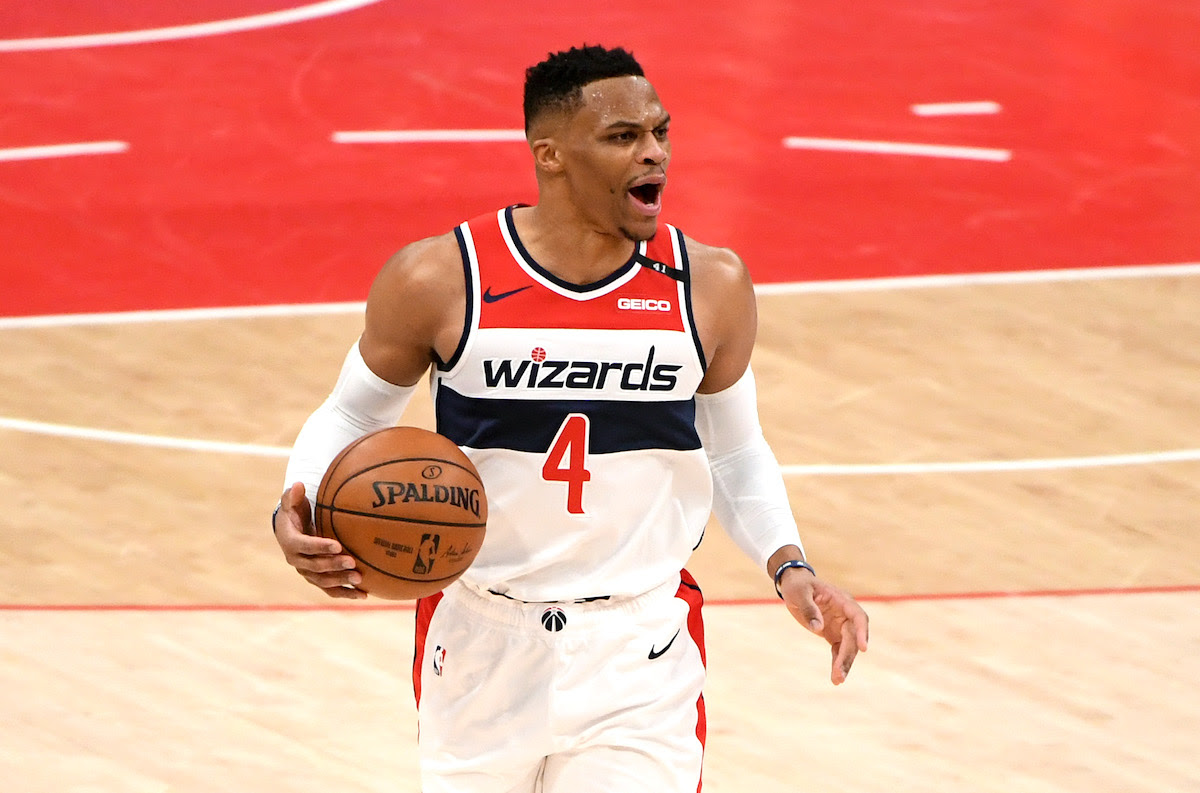 The Washington Wizards were atrocious when the season began. They went 3-12 through 15 games in December and January, and then Russell Westbrook hit another gear. Now, the Wizards — winners in eight of their last 10 games — are firmly in the playoff hunt, and Westbrook is hunting history on a nightly basis. The triple-double machine tallied a ridiculous stat line on Monday night (14 points, 21 rebounds and 24 assists) in a win over the Pacers (154-141) where Washington tossed the most team assists (50) in an NBA game since 1990. It marked Westbrook’s second career 20-plus rebound and 20-plus assist performance.

Editor’s Note: Wilt Chamberlain is the only other player in NBA history to accomplish that feat, but Westbrook has now done it twice.

Westbrook tallied 14 triple-doubles in the month of April — a stat overshadowed by Steph Curry’s red-hot shooting month. After Monday night, Russ secured a triple-double average on the season for the fourth time in his career. Only Oscar Robertson has done it once before (1962). The Big ‘O’ finished his career with an NBA record 181 triple-doubles. Westbrook (178) is about to break it.

Carmelo Cracks the Top-10: With 14 points in a loss on Monday night, Carmelo Anthony passed Elvin Hayes for 10th on the NBA’s all-time scoring list (27,318 points). The record-breaking basket came on an and-one 3-pointer in the first half.

Lakers Snap Losing Streak: Anthony Davis took over late in the 4th quarter to give the Lakers a win over the Nuggets (93-89) that ended their three-game losing streak. They’re just 3-7 in their last 10 games.

Sixers Stay Hot: The 76ers had all five starters in double figures in Monday’s win over the Bulls (106-94). It was Philly’s league-leading fifth-straight win as they remain atop the Eastern Conference.

Inside the Fan Invasion at Old Trafford 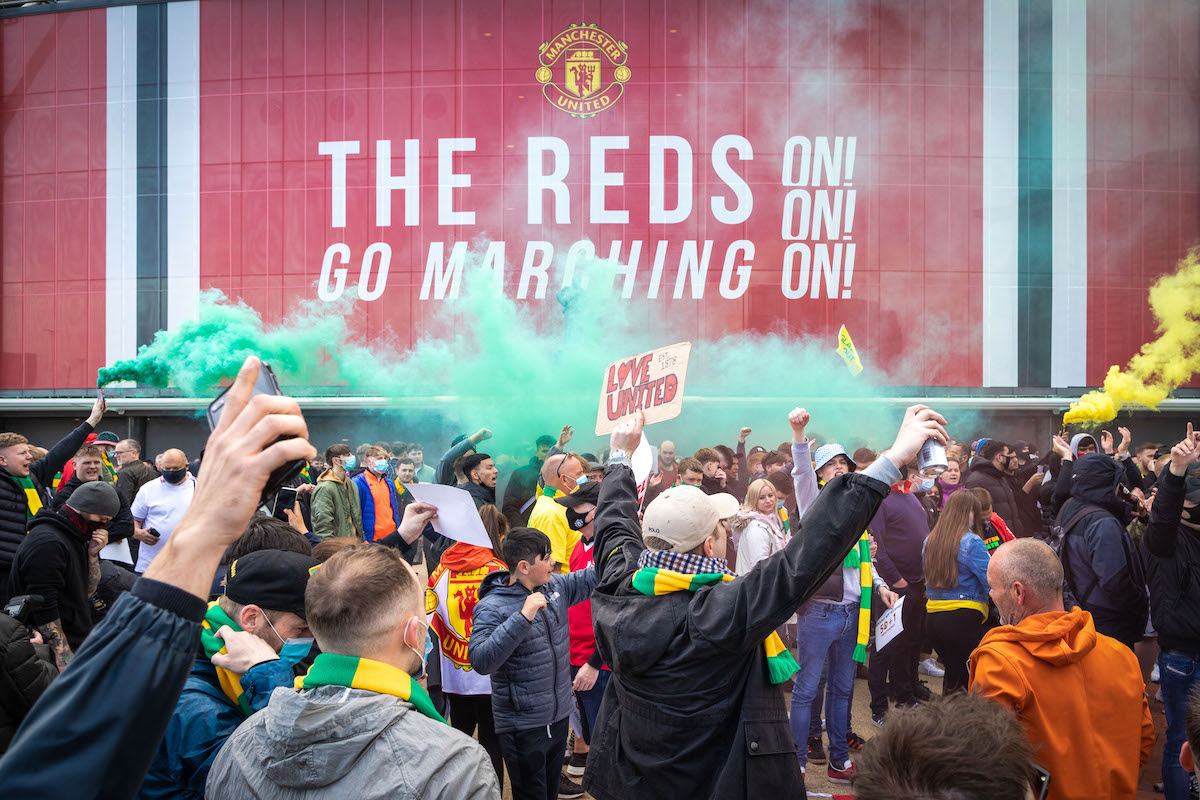 There’s more than meets the eye when it comes to one of the weekend’s top story at Old Trafford. When Manchester United fans broke onto the pitch before Sunday’s match with Liverpool, they were showing their displeasure with Man-U ownership, particularly in regards to the recent Super League disruption that took over Europe. But there’s more…

Sunday’s match was inevitably postponed, but it was a crucial moment for another team from Manchester. Manchester City had already beaten Crystal Palace on Saturday (2-0) and could’ve clinched the Premier League title with a Man-U loss. And while that may offer some gamesmanship to the story, protests quickly got out of hand. More than 1,000 fans invaded the pitch, and multiple officers were injured during confrontations.

If the match isn’t rescheduled for a mid-week turnaround, Man-City can clinch the EPL title Saturday against Chelsea (12:30 pm ET).

The Guarding: United Fans: “Our Plan Was to Get the Game Delayed or Abandoned”

The Cardinals are the hottest team in baseball as the calendar turns to May. They beat the Mets last night (6-5) for their fifth-straight win thanks to Nolan Arenado’s three-run blast in the third inning.

The Edmonton Oilers became the 12th team to secure their spot in the NHL Playoffs with a 5-3 win over the Canucks on Monday. Connor McDavid notched four points (two goals, two assists) to lift his season total to 91.

The 2022 NFL Draft’s Most Intriguing Player

Meet Kayvon Thibodeaux, Oregon’s defensive superstar and the 2022 NFL Draft’s most intriguing player who will have NFL evaluators in the palm of his large hands if he delivers as expected during his junior season. (CBS Sports)

LeBron James may not like the idea of a play-in game now that his Lakers are in danger of being among its participants, but the jockeying among teams for the NBA’s first annual play-in tournament seems to have captured much attention around the league. (Bleacher Report)

️ The Astros 1st Trip Back to the Bronx

Houston Astros manager Dusty Baker has witnessed just about everything imaginable in the 5,627 games he has managed and played in his baseball career, but beginning at 1 p.m. ET Tuesday when he boards the team bus from their New York midtown hotel, he’s bracing for an atmosphere of loathe and hatred… “It’s going to be wild.” (USA Today)