Today we take a short break from the two-month grind of NBA and NHL playoffs (still included, but not featured). Tonight is chock-full of must-see games, but yesterday was a whirlwind of breaking news. We’ll start with the bombshell from Durham. 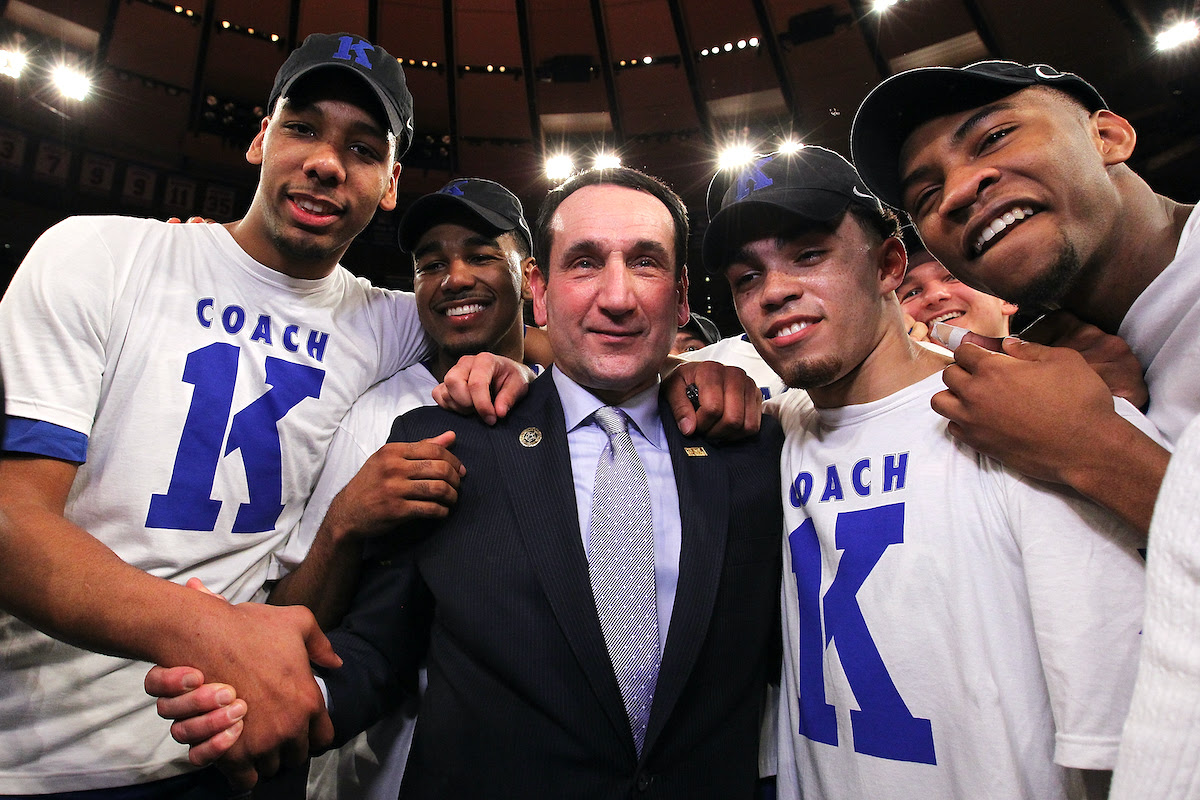 Year 41 is on the horizon for Duke men’s basketball coach Mike Krzyzewski, but it will be his last. The legendary coach announced Wednesday that he’s retiring after the upcoming season. Now 74 years old, Krzyzewski has coached the Blue Devils since 1980, turning the small North Carolina school into one of the NCAA’s most storied programs. Coach K previously coached at Army for five years before leading Duke to five national championships in 40 seasons. He also coached Team USA from 2005-2016, amassing an 88-1 record with six gold medals. The announcement comes just two months after North Carolina head coach and crosstown rival Roy Williams retired.

Coach K’s Resume (By the Numbers)

Above all the accolades, Coach K has been a transcendent leader for multiple generations of athletes. We’re all fans of the farewell tours in sports, and the 2021-22 season will be a legendary sendoff for one of college basketball’s most iconic figures.

Duke has also named Jon Scheyer the next head coach of the program. Scheyer has been a former player (2006-2010) and assistant (since 2014) under Coach K for 11 combined seasons.

Editor’s Note: I had the opportunity to meet Coach K in 2015, and there’s never been another sports figure whose gravitas commanded the attention of a room. Every press conference, interview and interaction felt like being in the presence of sports royalty, the likes of which may never be seen again in college hoops.

FOX Sports: Coach K’s Retirement Marks the End of an Era in Durham

ESPN: Who is Jon Scheyer? Meeting the Duke Assistant Who Will Replace Coach K

The Results Are In: Baffert Gets Banned 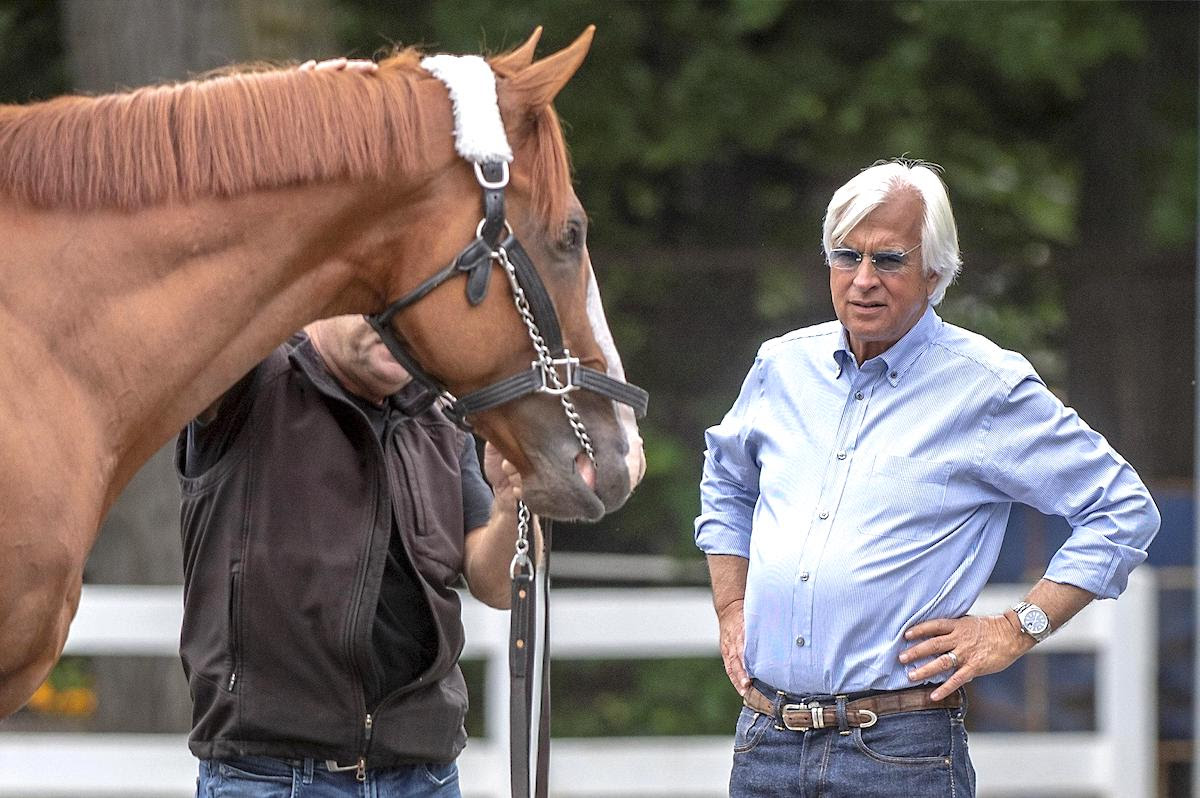 The results are in. The 2021 Kentucky Derby winner, Medina Spirit, tested positive for an illegal substance for the second time on Wednesday, leading to a two-year ban for trainer Bob Baffert, who maintains his innocence in yet another drug testing fiasco for the horse-racing community. Baffert has now been a party to five drug scandals in the sport in just over a year. The latest will be his most costly.

There’s still no word on whether or not Medina Spirit will be stripped of the 2021 KY Derby crown, but it’s likely. The Kentucky Horse Racing Commission is still conducting its investigation before making that call, which would hand the honors to second-place finisher, Mandaloun.

Either way you slice it, Baffert’s record-setting seven Kentucky Derby victories officially have a giant asterisk.

AP News: Bob Baffert No Stranger to Failed Drug Tests by His Horses 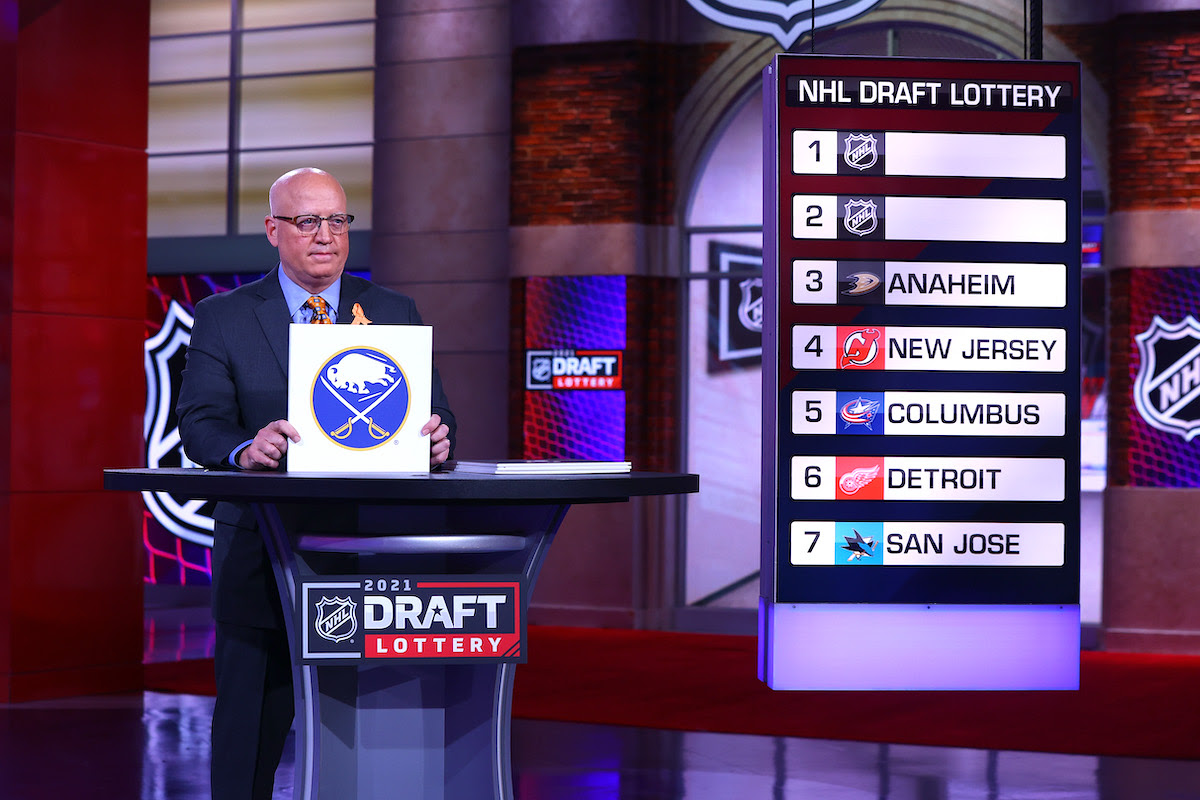 This is how draft lotteries are supposed to work, but they rarely do. The Buffalo Sabres — after an abysmal 15-win season — had a 16.6 percent chance to win the NHL Draft Lottery, and they did. Buffalo previously picked No. 1 overall in 2018. They’re back three years later. But unlike past seasons, the projected top pick is still something of a mystery. Three players are potential candidates for No. 1 overall, including Owen Power, Luke Hughes and Dylan Guenther. Here’s how the rest of the draft lottery played out.

The NHL Draft is scheduled for July 23.

TSN: Sabres Win First Selection at 2021 NHL Draft, So Who Are They Picking?

A big second half, 30 points from Seth Curry and a triple-double from Ben Simmons helped the 76ers put the Wizards to bed early in Game 5. Philly closed out the series despite the loss of Joel Embiid to a meniscus tear that could keep him out for part of Round 2. The Sixers will face the Hawks (next section). PHI Wins Series (4-1)

The Hawks ran the Knicks out of Madison Square Garden last night, ending their season behind Trae Young’s 36 points and 9 assists. It’s Atlanta’s first playoff series win in five years, but the biggest test is next against the 1-seed 76ers. ATL Wins Series (4-1)

The Utah Jazz left no doubt in Game 5 as they jumped on the Grizzlies by 20 in the first quarter. Donovan Mitchell (30 points, 10 assists) and Rudy Gobert (23 points, 15 rebounds) packaged a pair of double-doubles. Mitchell went 5-for-8 from deep, and the Jazz won four straight games to close out Memphis after losing Game 1. UTA Wins Series (4-1)

Luka Doncic had 42 points, 14 assists and 8 rebounds in a crucial Game 5 that swung the series back in favor of the Mavericks. The Clippers nearly mounted a late comeback, but it was too little too late. It’s just the second time in NBA history that the road team has won all five games to start a playoff series (1995). Game 6 is back in Dallas on Friday night. DAL Leads Series (3-2)

The Montreal madness continues. The Canadiens beat the Jets in Game 1 for their fourth straight postseason win. Eric Staal had a goal and an assist, but Nick Suzuki had the goal of the night — a savvy dangle on goaltender Connor Hellebuyck. The 4-seed from the North just put the rest of the playoffs on notice. MTL Leads Series (1-0)

It’s gut-check time for Vegas. The Colorado Avalanche survived a Game 2 thriller to stretch their lead in the series to 2-0. Mikko Rantanen netted the OT winner just 2:07 into the extra period and put the Avs in control. Colorado could be the only 1-seed still standing after the divisional brackets are complete. COL Leads Series (2-0)

Cody Bellinger smashed a grand slam as the Dodgers plated 11 runs in the 1st inning of Wednesday’s 14-3 win against the Cardinals. It was the most runs scored in a single inning since the franchise moved to Los Angeles.

Serena Williams advanced Wednesday morning at Roland-Garros, but not without a fight. She defeated Mihaela Buzarnescu (6-3, 5-7, 6-1). Next up? She’ll face fellow American Danielle Rose Collins in Round 3.

…of Boston’s basketball operations? The Celtics coach is leaving the sideline to take over for Danny Ainge, who is stepping down from his role as president of basketball operations. Can the first-time executive help fix Boston in ways he couldn’t with X’s and O’s? (The Ringer)

Now that we’re into the month of June, we should see player movement once again ramp up… With those moves potentially clearing money off the books and teams locking up their rookie classes, there will also be another wave of free-agent signings as veterans who have languished on the market since March finally find work. (Bleacher Report)

But are we willing to have it?… Just 23, Naomi Osaka, already the highest-paid female athlete in sports history, posted news Monday of her struggles with long bouts of depression and anxiety. Let’s not squander this opportunity. To have this conversation, though, we have to be willing to actually converse. (USA Today)

Yesterday, we asked: Who are you picking this weekend in celebrity boxing?

The Sportsletter Team has spoken. A shocking 15% of readers like Logan Paul in what would be an underdog upset unlike any other. The match is Saturday (8:00 pm ET).