We hope your week is off to a good start. Even if it isn’t, it can’t be worse than Derrick Favors, who was on the wrong end of this Kawhi Leonard poster.

The Sportsletter’s primary writer and editor, Jeff Yoder, is out today. Today’s edition was written by Matthew Cahill, Andrew Kan & Marcus Gee-Lim. We’ll return to our regularly-scheduled content the rest of this week. 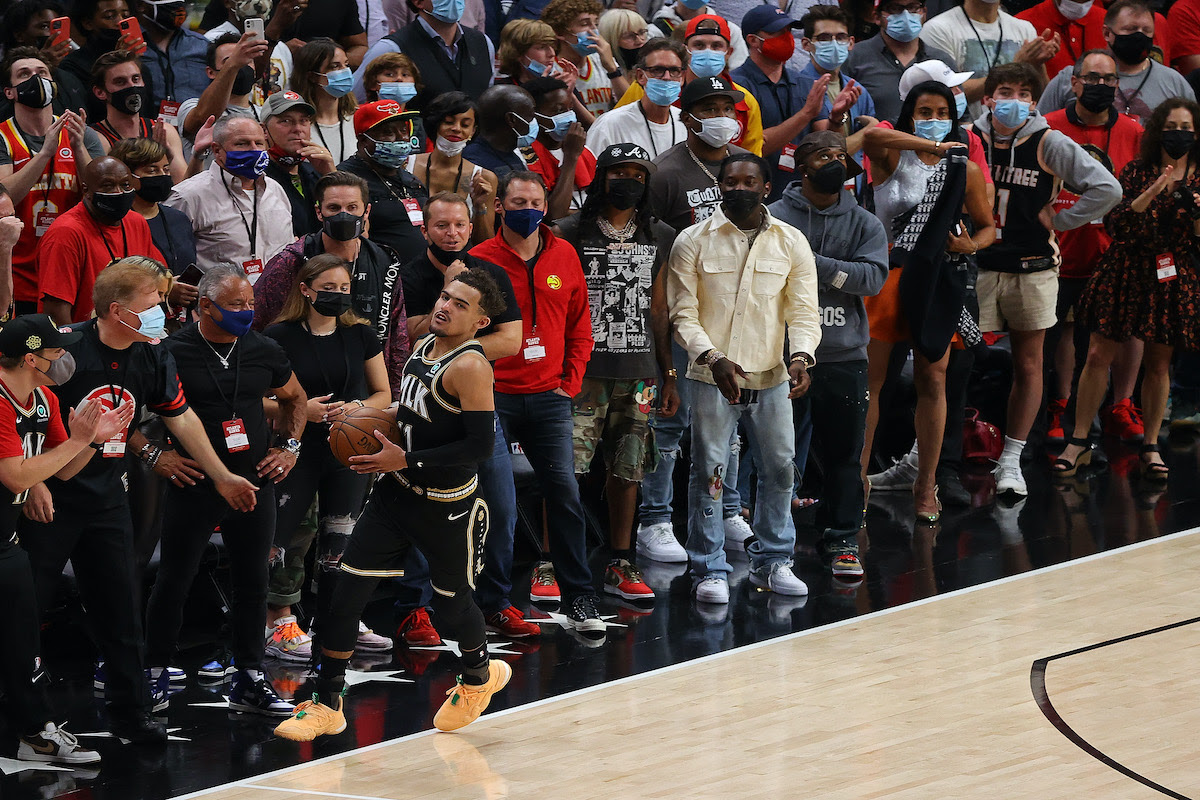 Trae Young Fuels Gritty Comeback to Even the Series

It may not have been pretty, but the Hawks found a way. After falling behind by as much as 18 points and shooting only 36% from the field, the Hawks managed to rally all the way back to defeat the 76ers 103-100 and even the series at two games a piece. Despite not having an efficient shooting night (8 for 26), Trae young scored 25 points and dished out 18 assists to get the much needed win for Atlanta.

Joel Embiid not only struggled all night, he had one of the worst second halves in playoff history. The 76ers star shot 0-12 from the field in the second half, which is the most attempts in a half of a playoff game without a make in the last 25 years. Embiid is still battling a small meniscus tear in his right knee, and will likely only be more limited physically as the playoffs continue. This series just became very interesting as the Hawks now have the momentum in their favor heading back to Philadelphia for game 5 on Wednesday

Clippers Dominate The Jazz In Game 4

There must be something about being down 0-2 for the Clippers that they enjoy. After coming back from down 0-2 in their last series against the Mavericks, the Clippers have once again evened their series up against the Jazz after dropping the first two games in Utah.

The Clippers were in control from start to finish in game 4, as the game was never truly competitive. Kawhi Leonard and Paul George both delivered when the Clippers needed them, as each scored 31 points and carried the load in the 118-104 victory. Leonard also left the game in the fourth quarter after appearing to bump knees with Joe Ingles, but assured everybody he was fine in perfect Kawhi fashion when asked about the injury in the postgame interview: “No, I’m good.”

The Jazz really missed Mike Conley last night, who is still out with a hamstring strain. Without him, their offense fell stagnant in the first half, digging themselves a hole they couldn’t get out of. Despite that, Donovan Mitchell continued his stellar play, as he tallied his sixth straight 30 point playoff game, tying Karl Malone for the longest streak in Jazz history.

A Day Full of Surprises 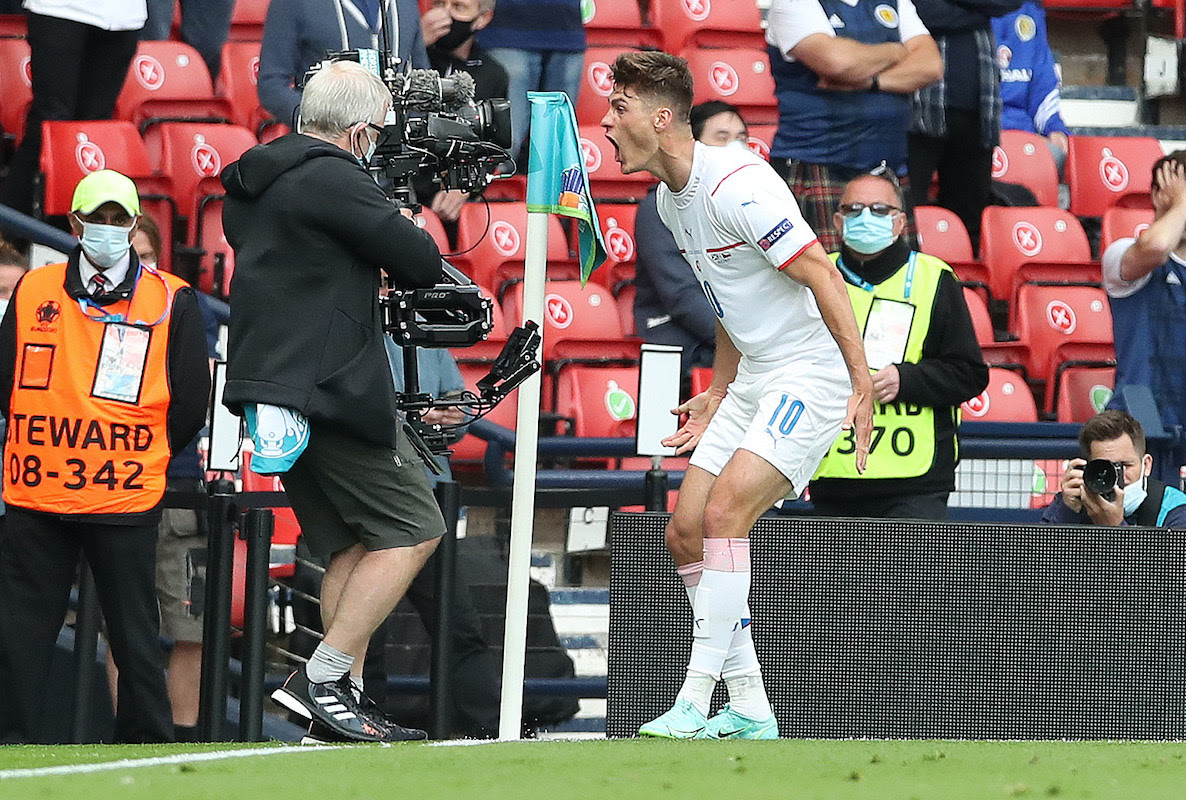 The Czech Republic opened up their Euro 2020 run with an explosive start against Scotland. Patrik Schick hit two goals past David Marshall – one a legendary 50-yard shot – to seal the deal in a 2-0 victory at Hampden Park. “We didn’t come here for a learning experience but obviously if we have to learn lessons from it that’s what we’ll do,” said Steve Clarke, the manager of Scotland national team. “We came here to be competitive and I think we were. Sometimes a football match doesn’t go your way and today was that day. I don’t think there was much between the two sides if you look at our attempts at goal.”

In the second match of the day, a 10-man Poland was shocked as Slovakia was able to rally back for a 2-1 victory in their opening game of Euro 2020 on the back of a decisive strike in the late-game by Milan Skriniar. The score was a huge frustration for Poland, who’s momentum was cut after Grzegoorz Krychowiak was ejected following a red card. “We can do much better, it was two against one outside the box,” Paulo Sousa said. “The circumstances were in our favour but we conceded the goal.”

Spain Settles For a Draw

Despite over 900 passes and dominant possession time, Spain was unable to score a point in a 0-0 draw to open up Euro 2020 in the third game of the day. Spain created multiple chances to score and break the stalemate, but were unable to capitalize. Sweden’s defensive play will likely shine as the tournament progresses, but doubts linger on Spain’s potential if they are unable to rally back in the ensuing games.

ESPN: Why France vs. Germany could be Euro 2020’s game of the group stage 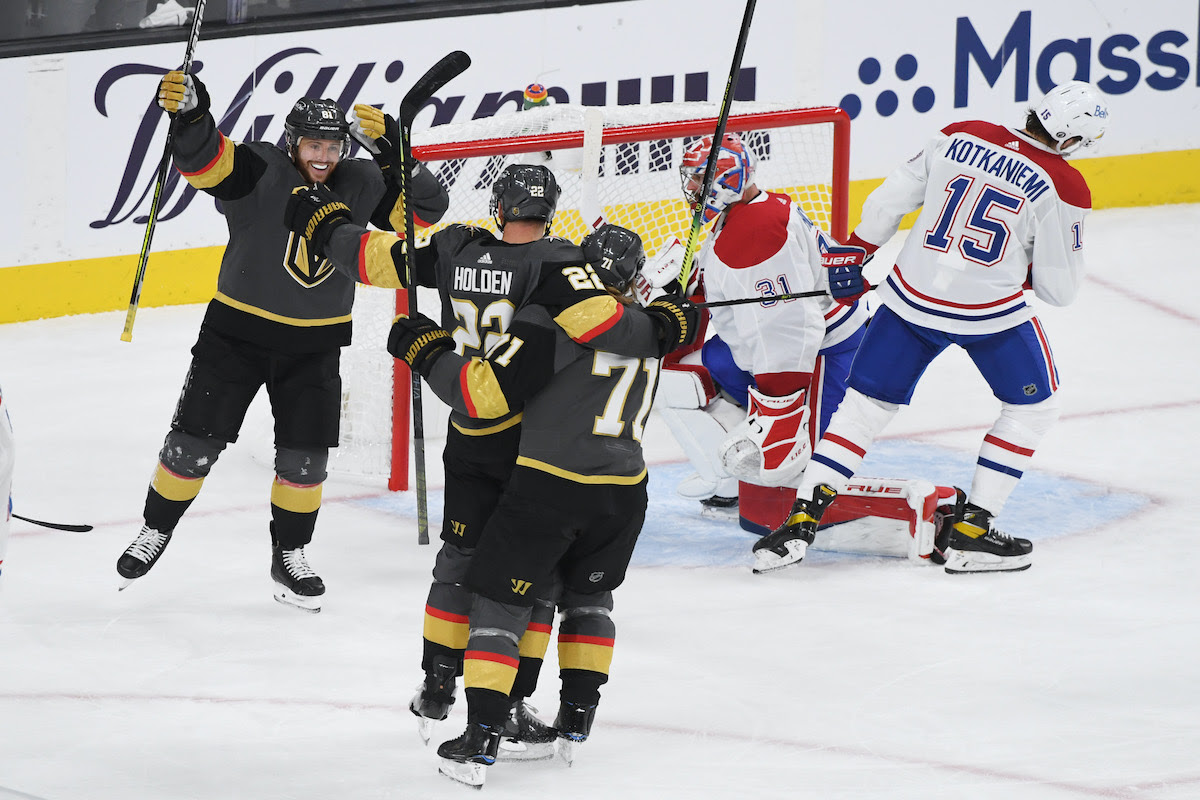 The start of the week also kicked off the second Stanley Cup semifinal series as the Vegas Golden Knights faced off against the Montreal Canadiens. Both teams came into the series hot: the Knights won their last 4 games before Monday night, and the Canadiens were undefeated in their last 7 games. While Montreal’s streak was impressive, this series was their first game against a non-Northern Division team this season.

The Canadiens came out swinging in the first period, starting the game off with physicality, but failed to convert. The Knights struck back halfway through the first with a goal from defender Shea Theodore, setting the tone for the rest of the night and cutting off the Canadiens’ momentum early. Vegas wrapped up the first game of the series 4-1, with their defenders contributing 3 goals from behind the blue line. Montreal’s only point came from rookie Cole Caufield, his first career playoff goal. The Knights also came up on top in the goaltender matchup: Marc-Andre Fleury racked up 28 saves, while Carey Price made 26 saves. After Monday’s game, Fleury is 2 wins away from tying the record for third most playoff wins of all time. The series continues with Game 2 in Vegas on Wednesday night. 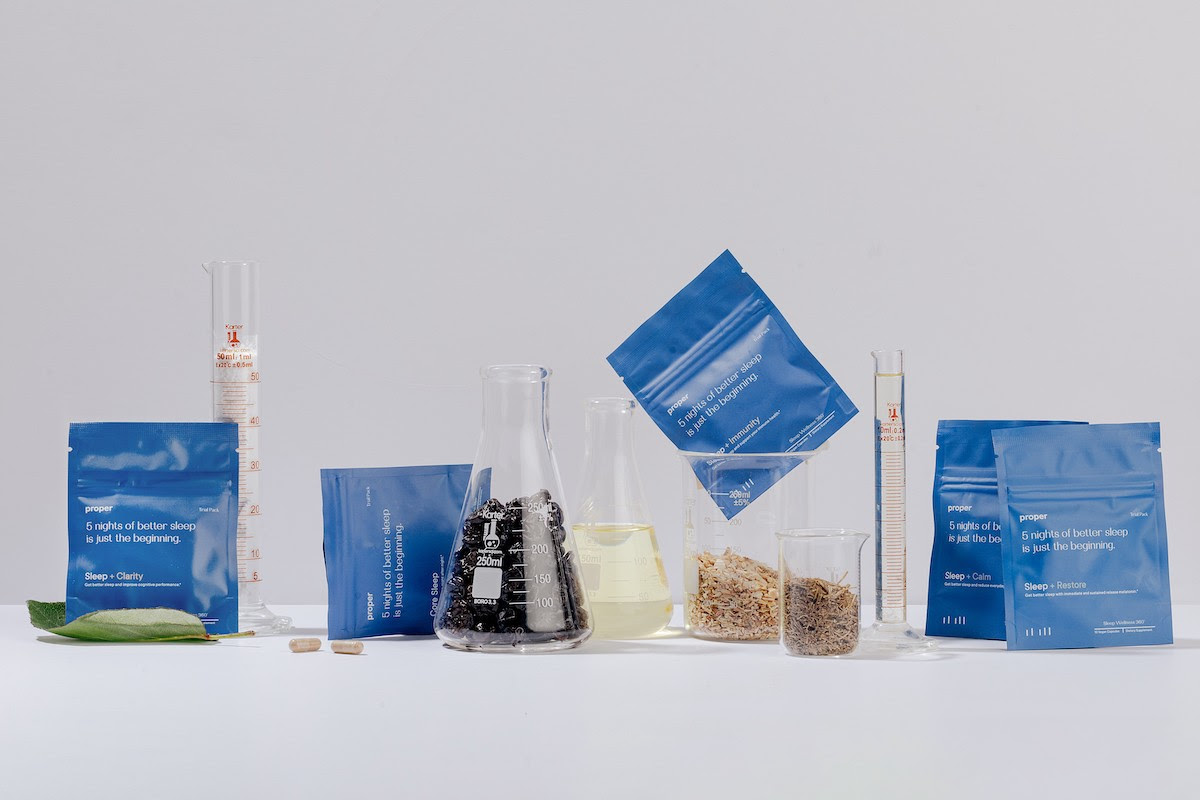 Better Sleep for All Sizes

Sleep isn’t one-size-fits-all. That’s why Proper offers 5 different sleep supplements with clinically-proven natural ingredients to help you fall asleep, stay asleep and wake up refreshed. Drug-free and non-habit-forming, Proper won’t knock you out or make you groggy. Try the Discovery Trial Pack with 5-night samples of all 5 formulas for 25 nights of better sleep.

For a limited time, get 10% off (and better sleep) with promo code SPORTS.

In what might be the best play of the tournament so far, Patrik Shick launched an amazing 50-yard goal in Czech Republic’s 2-1 victory over Scotland.

The Blue Jays Red Sox game had no shortage of dramatics last night. Vladimir Guerrero Jr., the hottest player in baseball right now, launched a game-tying home run in the top of the ninth inning. Rafael Devers followed that up by walking it off in the bottom of the ninth with an RBI single to win it for the Red Sox.

Paul George and Joe Ingles have a history dating back all the way to 2018. When asked about his relationship with the Jazz swingman over the weekend, Paul George quickly told reporters “I dont care about him. Next question.” George proceeded to show how little he cared about Ingles on Monday night, hitting him with a vicious crossover and stepback three.

️ Give Us Brooks-Bryson at the U.S. Open

Come on, USGA. You literally make the rules of the sport. You don’t have to answer to athletes. You can borrow a little from the WWE, now and then, and give the people what we actually want. And what they want is a Brooks Koepka—Bryson DeChambeau pairing. (ESPN)

️ The Game That Shouldn’t Have Been Played

Denmark players, coaches and soccer legends have criticized UEFA officials for forcing them to resume their Euro 2020 opener so soon after they witnessed their teammate, Christian Eriksen, collapse on the field. “Players were in a shock condition.” (Yahoo! Sports)

The Nets Superteam is Down to 1

The Brooklyn Nets formed a superteam, but they’re down to their last star after Kyrie Irving’s injury reset the Nets-Bucks series. Now, all eyes are on Kevin Durant. Can the last star standing save the day? (The Ringer)

Which of the four remaining NHL teams do you think will win the Stanley Cup Finals?