No Matter How You Spin It

Yankees ace Gerrit Cole got a win last night, but he’s losing the week. Baseball’s next integrity checkpoint is here, and it’s about to get ugly.

No Matter How You Spin It 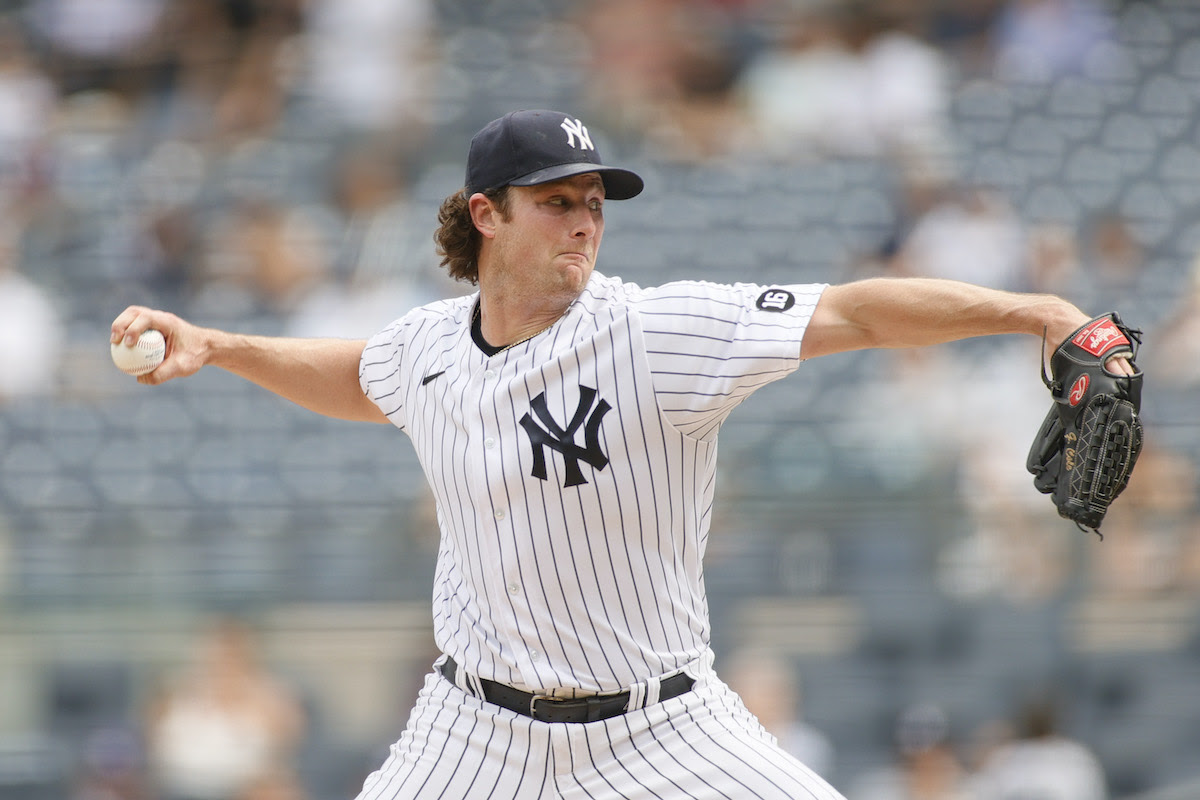 The next MLB “cheating” controversy has arrived, and now it’s pitchers feeling the wrath. The league was ridiculed for the uptick in home-run-or-bust batting trends in the last few seasons, but 2021 has been the year of the pitcher. With four no-hitters and eye-popping pitching numbers — like Jacob deGrom’s 0.62 ERA through nine starts — the league is cracking down on foreign substances that have been used by pitchers for generations.

Last week, Twins 3B Josh Donaldson took a shot at Yankees pitcher Gerrit Cole after his spin rate reduced dramatically in recent weeks following the MLB’s increased substance checks. Then Cole was asked directly if he ever used Spider Tack — a product that enhances ball grip and increases revolutions (spins). He paused for nearly eight seconds before responding:

“I don’t know how to quite answer that, to be honest. There are customs and practices that have been passed down from older players to younger players.” — Gerrit Cole

Other pitchers like Trevor Bauer (Dodgers) — who criticized Cole for his spin rate increases when he played for the Houston Astros — has also seen his revolutions-per-pitch decrease in the last few weeks. But Cole is and always will be in the spotlight through this discussion after his fastball increased 400 RPMs (revolutions per minute) from 2017-2019.

The practice of pitchers using foreign substances may have been accepted throughout the sport’s history, but baseball is aware that its constant cheating scandals and issues with unfair advantages have tainted the game.

Editor’s Note: The Yankees Hit 4 HRs to Back Cole Against the Twins in a 9-6 Win on Wednesday

The King of Clay Inches Closer 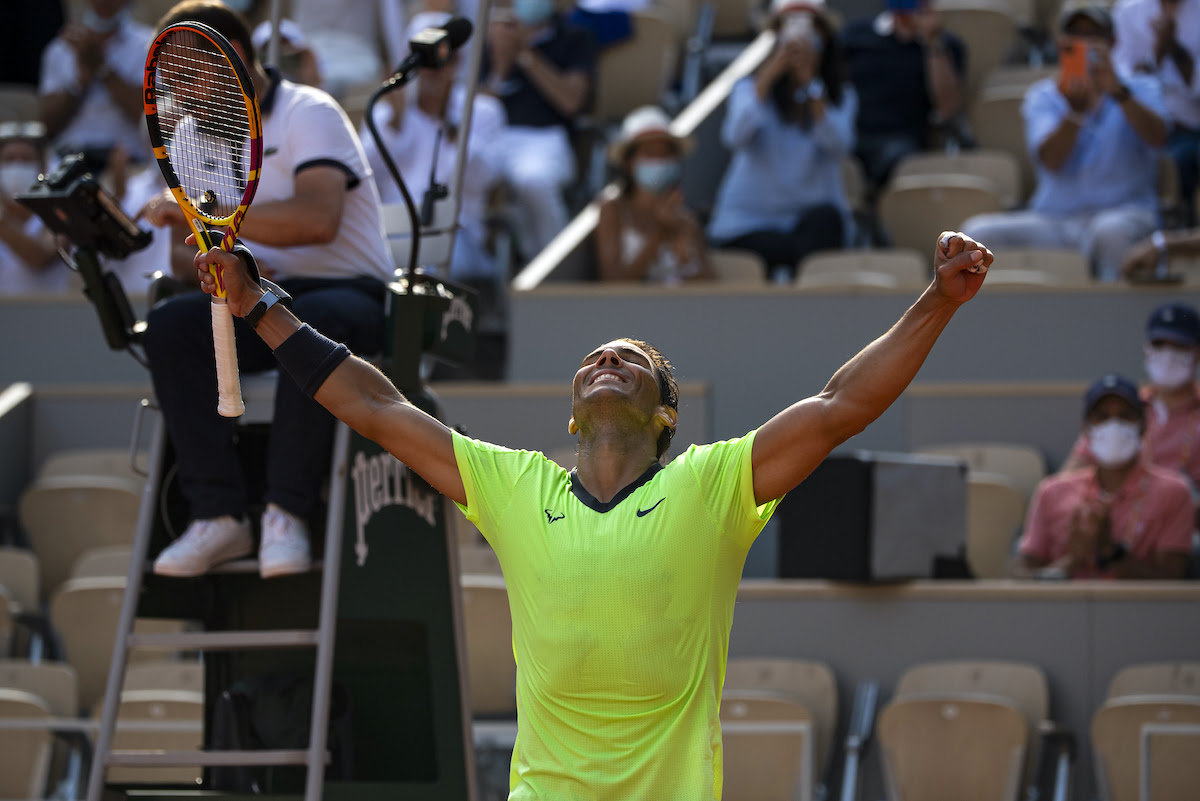 The King of Clay is well on his way to a 14th French Open crown in 17 years, but the next man standing in Rafael Nadal’s path is Novak Djokovic. Both players won their quarter-final matches in four sets to set up an epic clash in Friday’s semifinals. Nadal defeated Djokovic in three French Open finals, including a straight-set blowout in last year’s 2020 finale. He’s won four straight clay titles at Roland-Garros, and he’s shown little sign of slowing down this year. On the other side of the bracket, it’s (6) Alexander Zverev and (5) Stefanos Tsitsipas.

NY Times: It’s Nadal vs. Djokovic in the French Open, But One Round Too Early 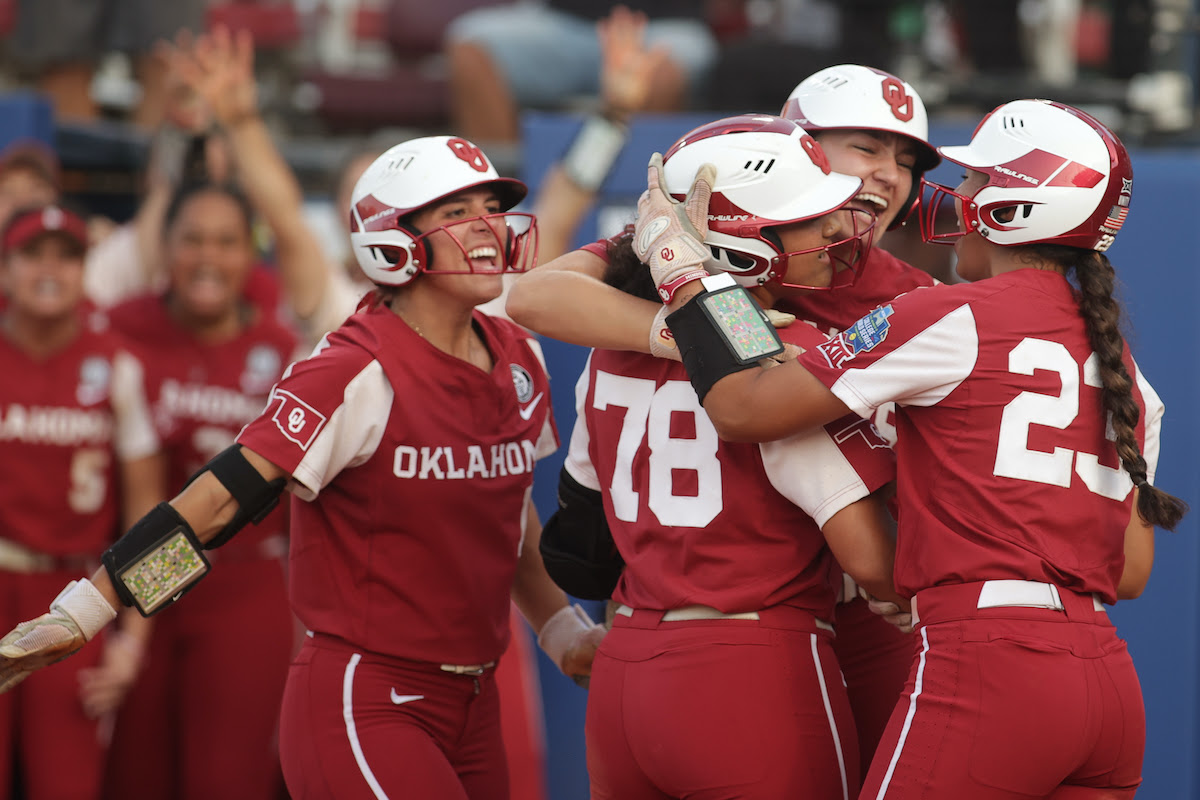 The Women’s College World Series is going to Game 3! The 1-seed Oklahoma Sooners evened the best-of-3 series at one game apiece on Wednesday night with a 6-2 win over #10 Florida State. OU’s Jocelyn Alo hit the go-ahead home run in the sixth inning — her 31st of the season — to spark the Oklahoma comeback and keep hope alive for the program’s fifth national championship.

Oklahoma and Florida State will meet this afternoon for a winner-take-all Game 3 (3:00 pm ET, ESPN).

A 25-point win without a 20-point scorer? The Phoenix Suns’ brand of team basketball has them eyeing the NBA Finals after another all-around effort in Game 2 on Wednesday. The Suns whooped the Nuggets as Chris Paul, Devin Booker and DeAndre Ayton all had double-doubles.  The newly crowned MVP in Denver, Nikola Jokic, had 24-13-6 but it wasn’t enough to avoid a 2-0 hole. PHX Leads Series (2-0)

The Islanders and Bruins were tied 1-1 after the first period of Game 6 before Brock Nelson lit the lamp twice and sent the Islanders into celebration mode. The Islanders haven’t reached the Stanley Cup Finals since the 1980s when they won four straight (1980-83). Only the defending champion Tampa Bay Lightning stand in their way. New York is the second 4-seed (lowest in division) to reach the semifinals, joining the Montreal Canadiens. NYI Wins Series (4-2)

Denver Post: Another Year, Another Must-Win 2nd-Round Game 6 for Avalanche

Welcome to the big leagues, Luke Williams! The Phillies youngster made his first start on Wednesday and hit his first career home run — one he’ll never forget. He smashed a 2-run walk-off blast over the left-field wall. The heroic moment came in the bottom of the 9th with 2 outs on 0-1 pitch, and the Phillies beat the Braves (2-1).

The future continues to look bright for the U.S. Men’s National Team. Just three days after an epic win against Mexico in the Concacaf Nations League final, a lineup consisting largely of backup squad players shut out Costa Rica (4-0) in a Wednesday night friendly. The USMNT is 6-1-1 in their last eight matches.

There’s no such thing as too much football, right? At least not according to the College Football Playoff committee, which could be on the verge of a monumental change to the sport’s playoff format. (FOX Sports)

Pulling off a tournament with games in 11 countries was always going to be difficult. Then the pandemic struck, and the job got even harder. Europe’s epic summer slate, after a 1-year delay, finally kicks off tomorrow. (NY Times, Paywall+)

Joel Embiid Has His Eyes on a Different Prize

Nikola Jokic took home MVP, but the Sixers center is angling for a bigger piece of hardware this postseason. More performances like his one against the Hawks in Game 2 just might get him there. (The Ringer)

LeBron James Switches Jersey Number Back to No. 6 for 2021-22 Season

75.6% of Sportsletter readers think the Mayweather-Paul fight was rigged. More proof that celebrity boxing will start to lose its pay-per-view buying power. Check back tomorrow for another loaded weekend preview.