The MVP Goes To…

Hopefully you’re having a better week than the Pittsburgh Pirates. Two weeks after a hilarious base-running blunder, they’re back to being the subject of social media mockery. Hitting home runs is cool. Touching the bases is cooler.

Attention Sportsletter Readers: We’re giving away an exciting package for sports fans simply by signing up for other newsletters in our family of publications. It includes a 1-year subscription to ESPN+ and a $500 gift card to Dick’s Sporting Goods. 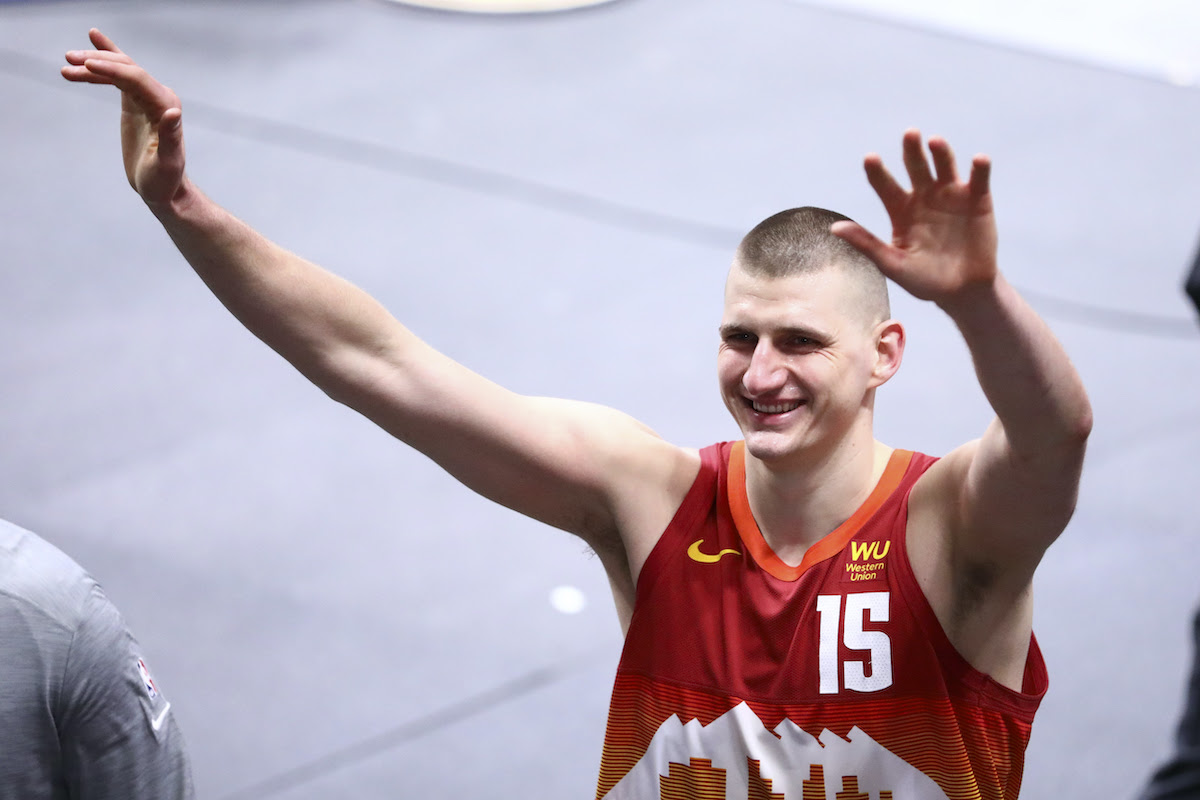 After playing all 72 games this season and leading the Nuggets to the 3-seed in the West (47-25), Nikola Jokic is the undisputed winner of the 2020-21 NBA MVP Award. Jokic made a number of historic firsts on Tuesday, including the first MVP in Denver Nuggets franchise history, and the lowest-drafted player ever to win it (41st overall, 2014). He’s also the first MVP to play in every regular-season game since Kobe Bryant in 2007-08, and he’s the first center to win the award since Shaquille O’Neal in 2000-01.

The Sixers bounced back for a Game 2 win to even the series behind Joel Embiid’s 40 points and 13 rebounds. The Hawks led just once in the game late in the third quarter, but Philly pulled away in the 4th. Seth Curry (5-for-6, 3-pt) was also lights-out from deep. Series Tied (1-1)

The opening game of the Jazz-Clippers series was full of intrigue as Salt Lake City’s Vivint Arena was rocking at full capacity. The Jazz fell behind by double digits in the first half, but Donovan Mitchell (45 points) scored 32 in the second half to lead a Jazz rally. Rudy Gobert also blocked a game-tying 3-point attempt in the final seconds. UTA Leads Series (1-0)

CBS Sports: Is Nikola Jokic the Most Unlikely MVP in NBA History?

The Ringer: Which Teams Are Favored to Reach the Conference Finals?

Bolts Get Back to the Semis 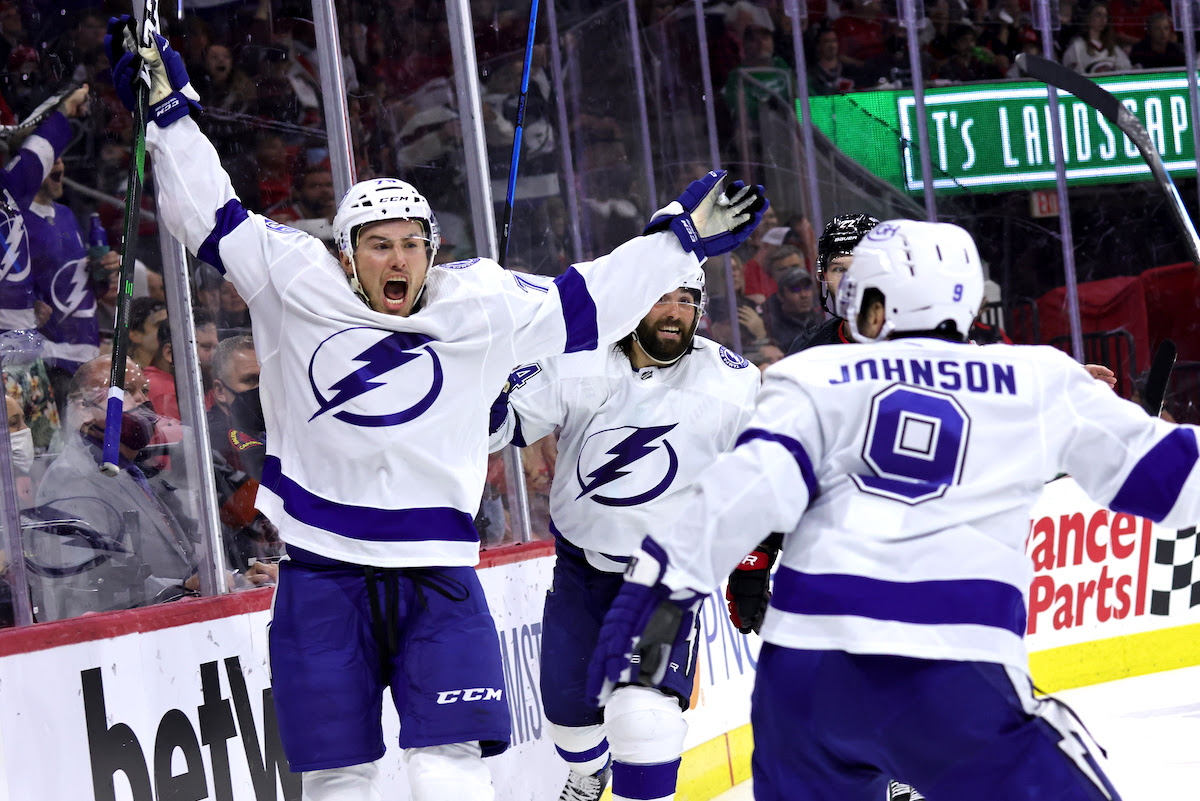 It’s a shutout in Florida! The Lightning knocked out the Hurricanes in the all-Florida Central Division finale on Tuesday night to win the series in five games. Goaltender Andrei Vasilevskiy was brilliant with 29 saves and his first postseason shutout of 2021. He only needed two goals in support by Brayden Point and Ross Colton. The defending champs are now 8-3 in the playoffs after ending the season on a three-game skid. They’re going back to the Stanley Cup semifinals in hopes of defending their title, but the the winner of the Bruins-Islanders series stands in the way of the Stanley Cup Finals.

The Golden Knights erased a two-goal deficit in the third period of Game 5 before Mark Stone struck the OT winner just 50 seconds into the extra period to steal back the series. Vegas trailed the series 2-0, but they’ve won three straight to take command with Game 6 heading back to the desert on Thursday (9:00 pm ET). VGK Leads Series (3-2) 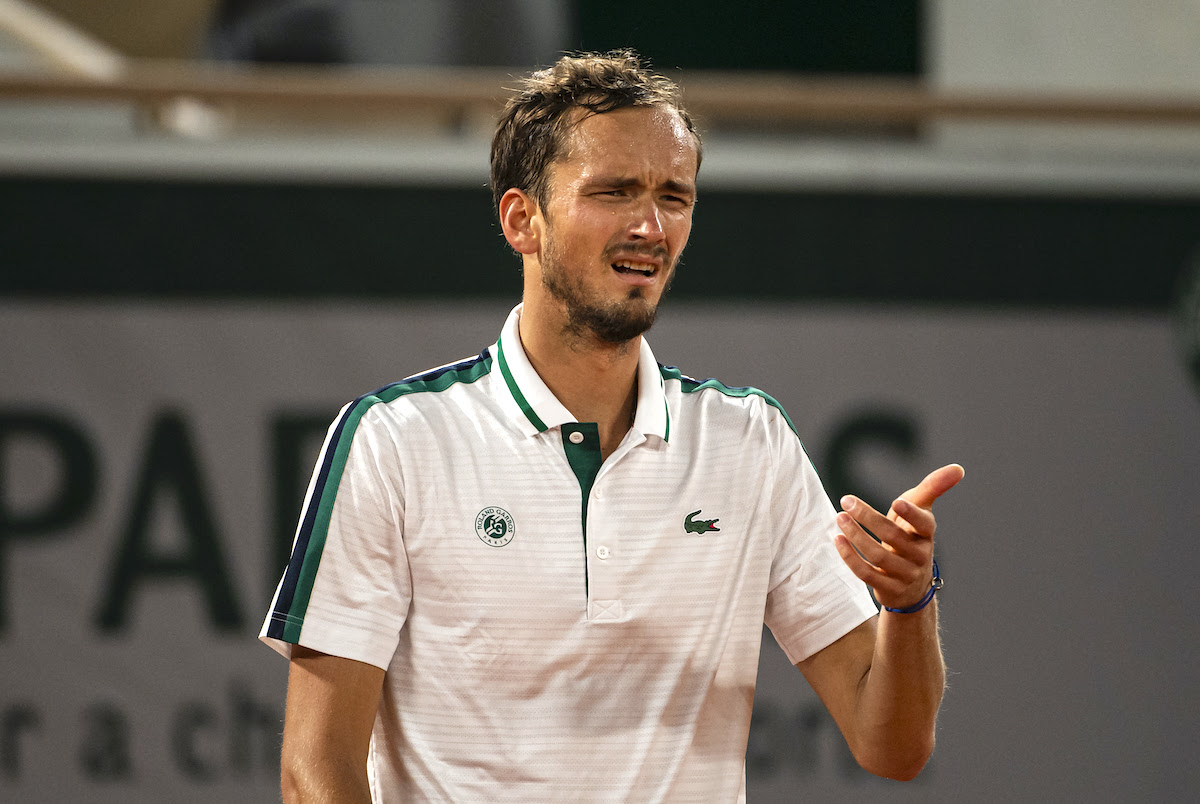 The next big name in the men’s draw at the French Open is going home, but according to Daniil Medvedev, it wasn’t his fault. Medvedev lost in straight sets to (5) Stefanos Tsitsipas in Tuesday’s quarterfinal match, but a third-set scoreboard controversy left the Russian star furious in a crucial moment. “If I lose the match now, it’s your fault,” Medvedev said to the umpire. Despite a high level of success in recent years, Medvedev still has a zero next to his name in grand slam titles. The two remaining superstars in the men’s draw take the court today.

Florida State took Game 1 of the Women’s College World Series finals on Tuesday with an 8-4 win over #1 Oklahoma. Kalei Harding went 3-for-4 on the day with a HR and 4 RBIs for the Seminoles, who need one more victory in the best-of-3 series to win the championship. Game 2 is tonight (7:00 pm ET).

The MLB youth movement is evident at the top of the HR standings, and two of the game’s young stars added to the highlights on Tuesday. The Angels’ Shohei Ohtani crushed a career-long 470-foot homer shortly after the Braves’ Ronald Acuna Jr. hit a 460-foot jack. Both Ohtani (17 HRs) and Acuna Jr. (18 HRs) are atop the home-run race with Vlad Guerrero Jr. (18) and Fernando Tatis Jr. (17).

Tuesday’s WNBA game-ball goes to 32-year-old veteran Tina Charles for her 31-point outing in a win for the Washington Mystics (85-81) over the Minnesota Lynx. It was Charles’ fourth 30-point game of this resurgent season after missing all of last year with a medical waiver.

If the Bucks-Nets series keeps going the way it did on Monday night, when the Nets blew the Bucks out to take a 2-0 series lead, the sweeping changes many thought would be coming in Milwaukee last offseason might not be able to be delayed any longer. (Bleacher Report)

After four years as a standout at the U.S. Naval Academy, Cameron Kinley signed with the Tampa Bay Buccaneers in May as an undrafted rookie free agent. But when the Bucs start mandatory minicamp Tuesday, Kinley won’t be there. (Yahoo! Sports)

Did the USMNT live up to the potential promised by its young stars like Christian Pulisic and Weston McKennie? Is Mexico still considered the best team in CONCACAF despite the heartbreaking loss? (ESPN)

Rickie Fowler Fails to Qualify for U.S. Open for First Time Since 2010; Misses by 1 Stroke

Do you think the Logan Paul vs. Floyd Mayweather pay-per-view fight was rigged? (Reply to today’s newsletter with additional thoughts and you might be featured in tomorrow’s edition.)