Injuries stole the show on Tuesday when two giant sports icons went down. There’s plenty of sports news to dive into today, but don’t miss tomorrow’s edition as we set course for the busiest month in sports… ever? Could be. Join us tomorrow for the July Sports Primer.

Hawks Get Even, Giannis Goes Down 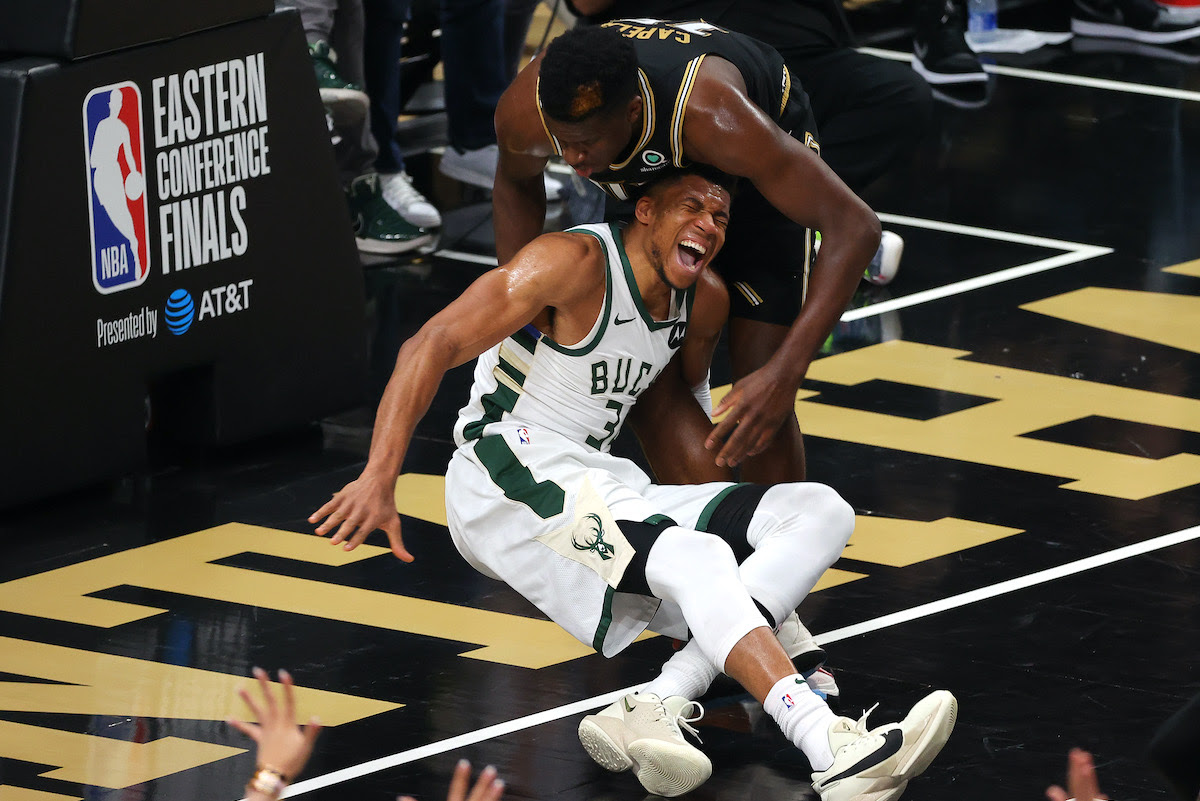 The NBA Playoffs have been marred by injuries all postseason long. And with four teams left in the hunt, things have gotten worse. The Atlanta Hawks were winners in Game 4 of the Eastern Conference Finals on Tuesday night (110-88). Lou Williams had a game-high 21 points to lead Atlanta’s blowout despite Trae Young in street clothes with an ankle injury. Then, the reigning two-time MVP Giannis Antetokounmpo suffered a hyper-extended knee in the third quarter. His status for Game 5 is uncertain, but the injury storyline has ravaged the stars in this year’s postseason. Both Kawhi Leonard (knee) and Chris Paul (COVID-19) missed games in the Western Conference Finals with Leonard still out and unlikely to return. The Lakers and Nets were victims of major injuries throughout the playoffs after the Jazz and Nuggets had late-season setbacks. It’s no secret the NBA Finals could come down to health.

Injuries aside, the Atlanta Hawks just evened the series, and they could have the edge if Giannis is held out of Games 5, 6 or 7.

Watch: Hawks Even the Series With Game 4 Win

USA Today: Ranking the Top 5 Most Impactful Injuries of the Playoffs 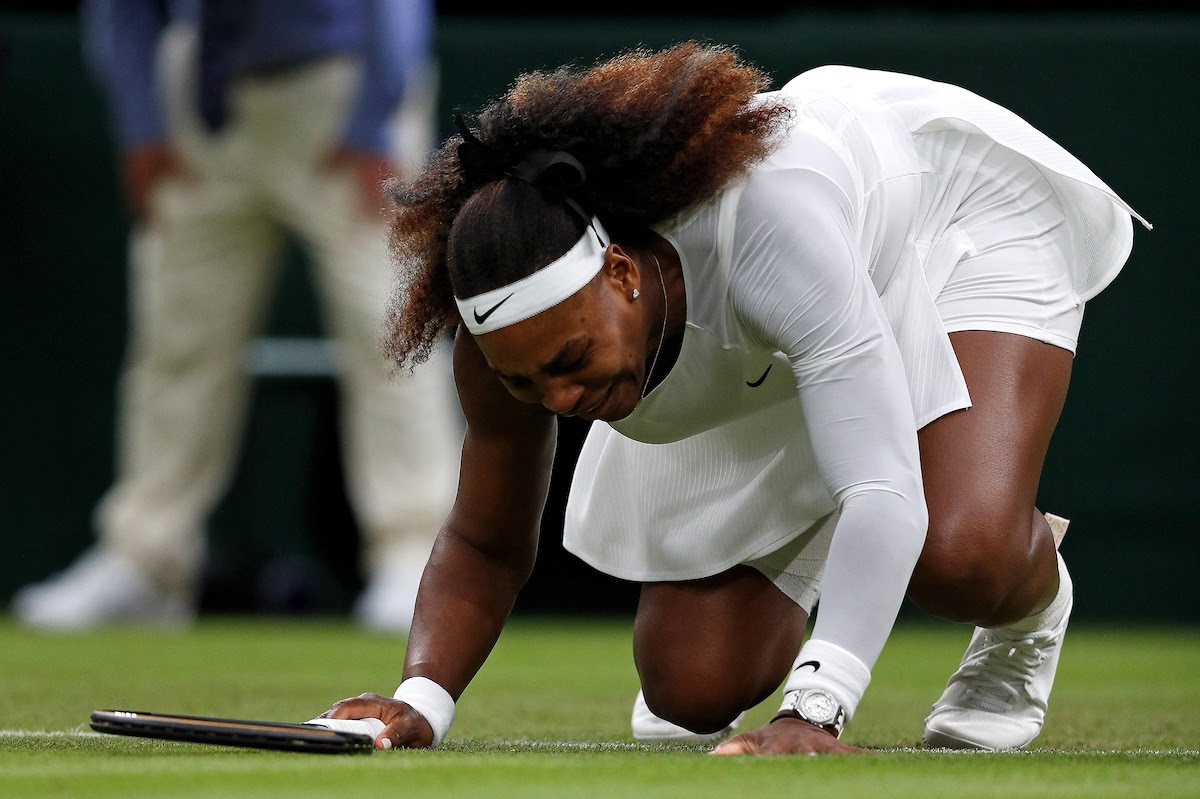 The seven-time Wimbledon champion is out after Round 1, but it wasn’t a loss in the traditional sense. Serena Williams withdrew from Tuesday’s opening-round match against Aliaksandra Sasnovich due to a leg injury. She slipped on the Centre Court playing surface and attempted to play on through agony and tears. The match ended 3-3 in the first set, but Williams wasn’t the only victim of Wimbledon’s wet courts. Adriano Mannarino was pushing Roger Federer in the match prior when he also suffered a tournament-ending injury due to the court surface. Wet grass at Wimbledon is a typical factor, but after two years away from the All England Club, it’s more slick than normal.

ESPN: Court Conditions Caused Havoc at Wimbledon, But Sliding Issue is Nothing New 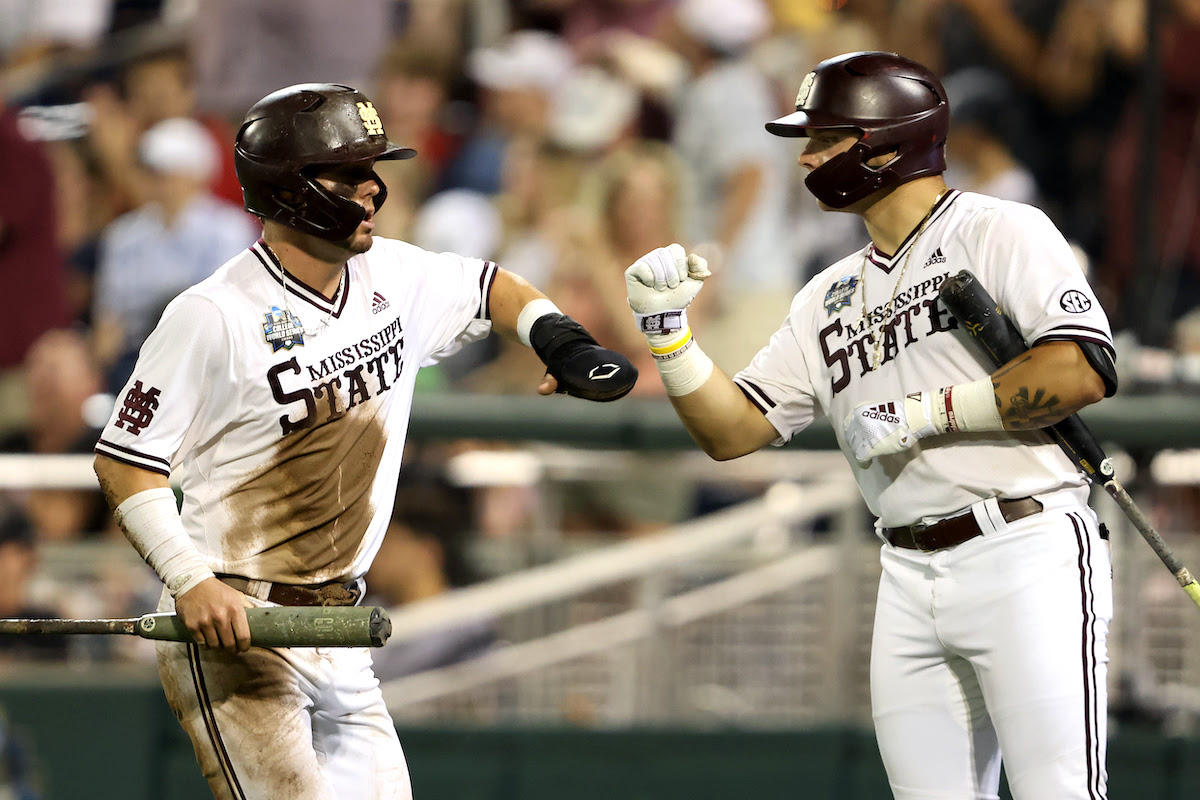 After an 8-2 win by Vanderbilt in Game 1 of the NCAA College Baseball World Series, it appeared the Commodores were on their way to a repeat as national champions. Mississippi State had other plans. The Bulldogs ran roughshod over Vandy in Game 2 (13-2), scoring in four of the first five innings and piling it on in the 7th after a two-hour weather delay. MSU pitchers Houston Harding and Preston Johnson struck out 11, and Scotty Dubrule led the way with 4 RBIs.

Game 3: It’s winner-take-all in the final game of the College World Series. Vandy vs. Mississippi State for the crown…. 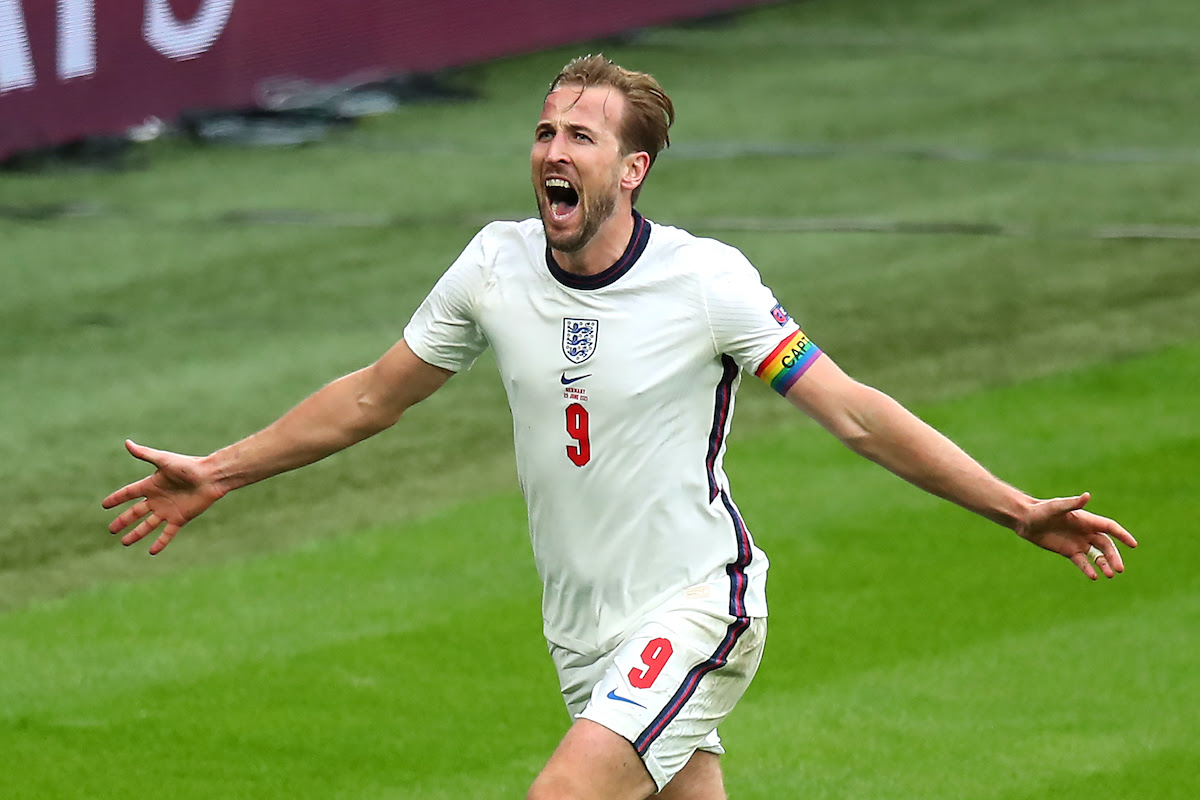 One of the wildest Euros in recent memory just got another shakeup to round out the quarterfinals. England shutout Germany on Tuesday (2-0) to knock off one of the biggest juggernauts in this year’s tournament with second-half goals from Raheem Sterling and Harry Kane. In the afternoon, Ukraine shocked Sweden (2-1) with Artem Dovbyk’s 120th-minute header heroics. The drama in Europe is unrivaled right now, and it’s not stopping. The quarterfinals are set, and they take place this weekend.

ESPN: England Knock Germany Out of Euro 2020 & Begin to Heal Their Inferiority Complex

36-year-old Mark Cavendish captured his 31st career stage win at the Tour de France in Fougeres on Tuesday, the site of his victory back in 2016. Cavendish was the star of Stage 4, but Mathieu van der Poel still holds the yellow jersey. Today’s Stage 5 brings the first of two time trials, and a potential new leader.

Rockies ace Germain Marquez nearly tossed the record-breaking eighth no-hitter of the MLB season on Tuesday night. He went into the 9th inning against the Pirates before Ka’ai Tom singled to break up the no-no. Marquez finished with five strikeouts and one hit in an 8-0 win.

There were star turns and teary farewells. Athletes breaking or flirting with world records. And, as expected, a few surprises. But now, the U.S. Olympic track and field trials are in the books. The roster will be finalized soon. Here are eight takeaways from the past 10 days in Oregon. (USA Today)

A sporting superteam assembled itself over the weekend, and it is coming for the hardware. All of it. Say hello to the U.S. Olympics gymnastics squad. You already know Simone Biles, but before long, the names Sunisa Lee, Jordan Chiles and Grace McCallum will be part of the common sports chatter-verse as well. (FOX Sports)

Yesterday’s poll did not register responses due to technical issues. Let’s try it again.

It’s repeat season! With the Tampa Bay Lightning flirting with back-to-back Stanley Cup titles, we’re wondering: Which city do you think you deserves the nickname “Titletown” in 2020-21?