All Even in the Finals

The Sportsletter Team did it again: 58 percent of readers correctly picked the Bucks to win Game 4 of the NBA Finals last night. It’s all even with three games to play.

We’ve got another packed edition as The Open Championship is already underway. Only eight days until the Olympics. Buckle in, team.

The 2021 Open Championship teed off this morning from Royal St. George’s in Sandwich, England. Click here to see the live leaderboard and follow the action. We’ll have full first-round coverage in tomorrow’s edition.

All Even: Bucks Rally in Game 4 Thriller 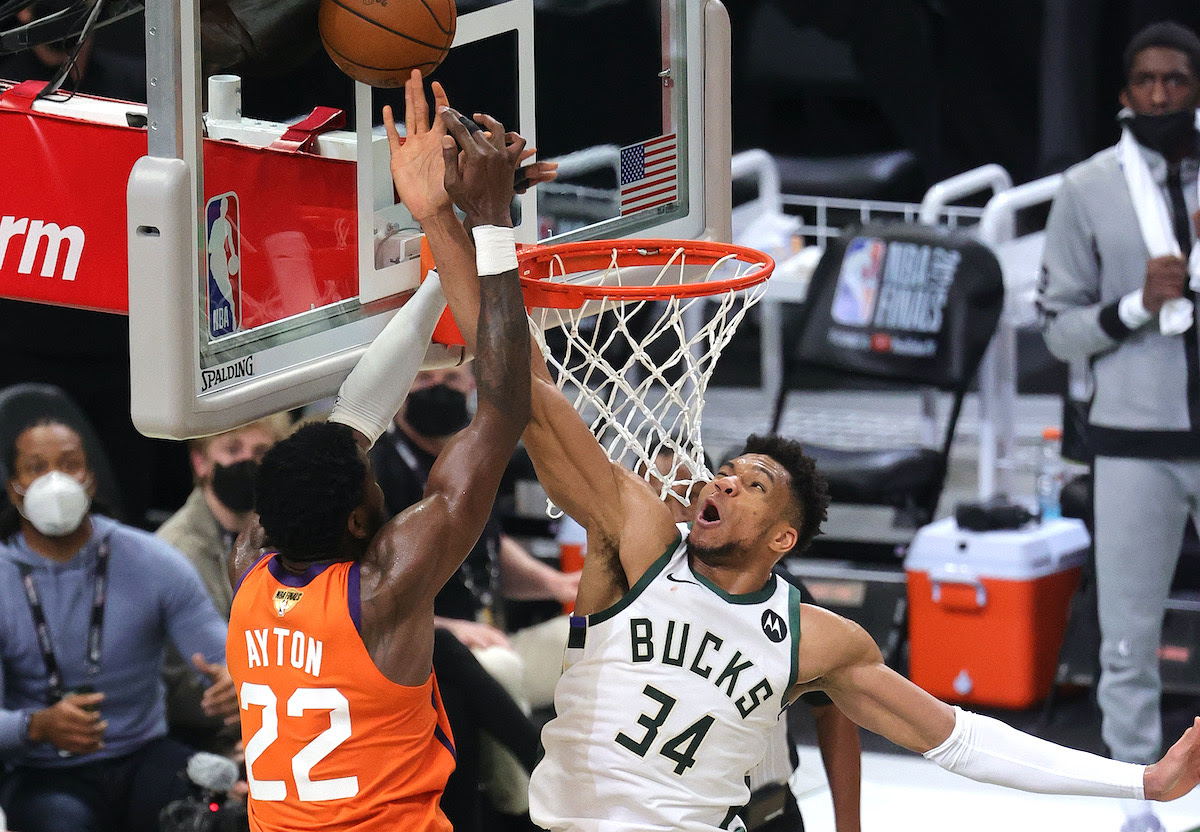 Milwaukee takes Game 4, and the home team is now 4-0 in the NBA Finals. The Bucks were resilient on Wednesday night in a fourth-quarter comeback that erupted into a dogfight down the stretch. After trailing by as many as nine points in the 4th, they outscored the Suns by 15 in the final 11 minutes, including a 19-8 run to end the game and stave off a 42-point night from Devin Booker. Both Giannis Antetokounmpo and Khris Middleton (40 points) were sensational. Middleton scored 10 of his 40 points in the final 2:07, but the Bucks’ biggest play in crunch-time belonged to the Greek Freak.

Play of the Game: Antetokounmpo made a miraculous block on an alley-oop from Booker to DeAndre Ayton with 1:14 left. That dunk would’ve tied the game at 101. Instead, Middleton hit a jumper seconds later to put the Bucks up four as they pulled away in a free-throw game down the stretch.

Turnover Machines: Phoenix has been legendary in these playoffs when it comes to not beating themselves, but that wasn’t the case on Wednesday. The Suns had a playoff-high 17 turnovers. The Bucks had just five.

FOX Sports: Top Moments From Game 4 as Bucks Even the Series 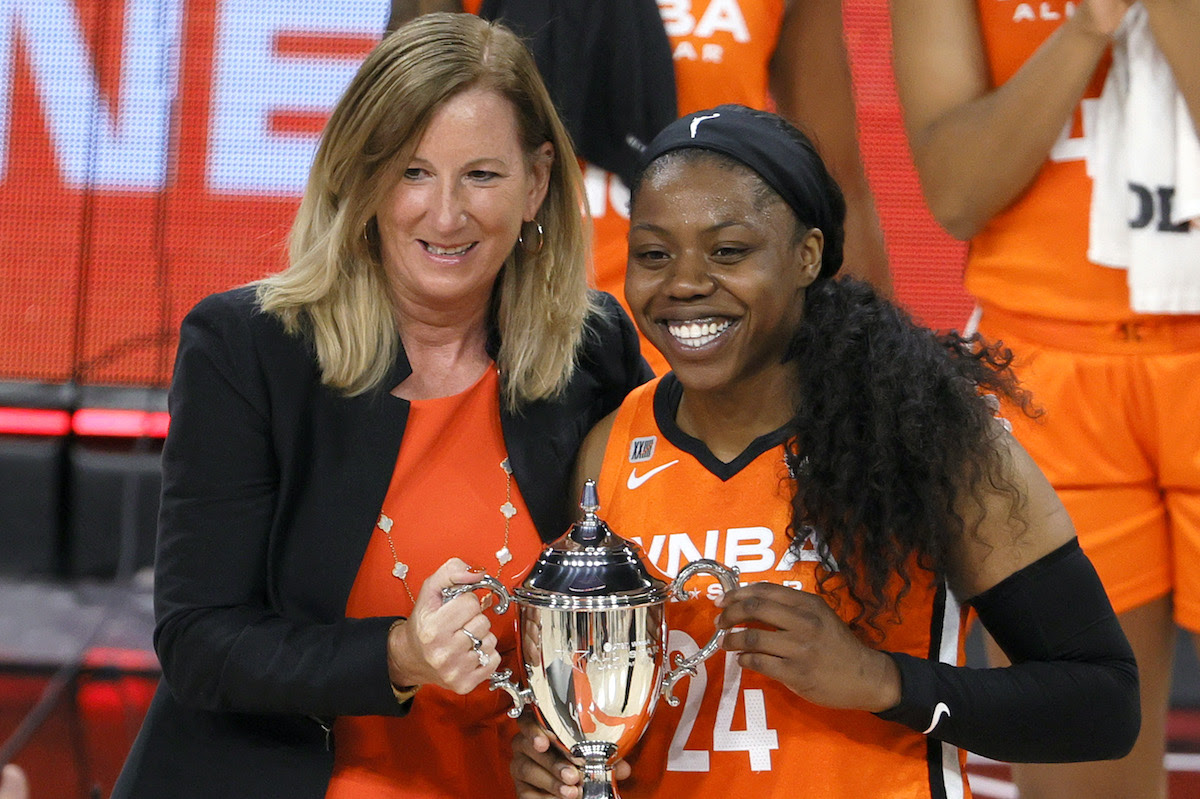 The 2021 WNBA All-Star Game brought the biggest stars from the women’s game to Las Vegas for a mixed bag of All-Star and Olympic tune-up action. It was Team WNBA vs. Team USA for the ‘W’ bragging rights. Both teams were tied at 66-all heading to the fourth quarter before Arike Ogunbowale (WNBA) knocked down back-to-back 3s to open up an eight-point advantage. Britney Griner (USA) and Jonquel Jones (WNBA) scored 17 and 18 points, respectively, as they battled in the post, but Ogunbowale went off for a game-high 26 to earn the win (93-85) and the All-Star Game MVP.

The 24-year-old Wings star claimed her first ASG MVP award with a sharpshooting performance for the ages. She went 10-for-18 from the field, including 5-for-10 from 3-point range with those two big triples down the stretch. She also buried a four-point play (3 and-1) earlier in the game. No other all-star scored more than 20 points.

The WNBA 3-point contest took place at halftime of the All-Star Game, and the Chicago Sky’s Allie Quigley went full sniper for her third win in the event. Quigley tallied 28 points in both the first and second rounds. She also won it in 2017 and 2018.

*The WNBA season is officially on pause for the Olympic break. Games will resume on Sunday (Aug. 15). 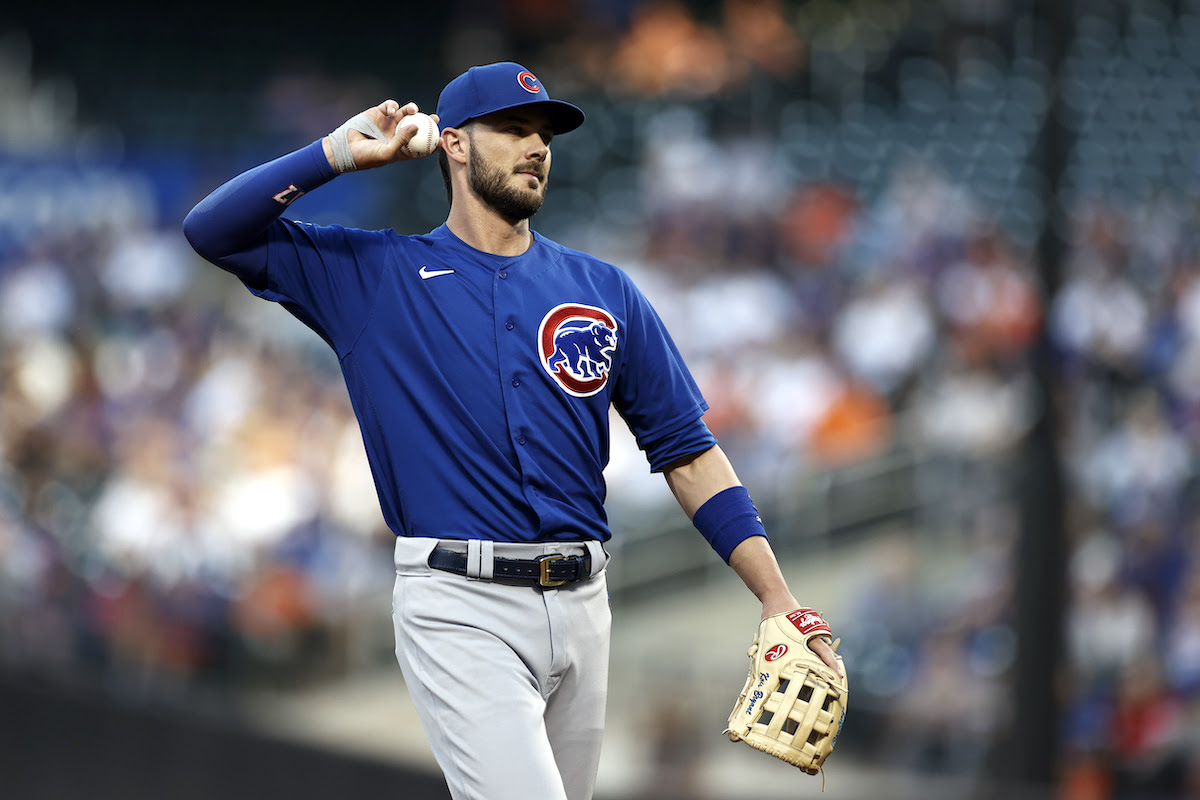 With the MLB All-Star festivities in the books, the second half of the season is on the way. Games resume today (Red Sox-Yankees, 7:00 pm ET), and the trade deadline is a mere two weeks away (July 30). It’s the time of year when title contenders push all their chips to the middle and others will begin the rebuild. Names like Kris Bryant (Cubs), Nelson Cruz (Twins) and Joey Gallo (Rangers) leadoff the rumor mill as potential targets, which means their clubs could be sellers. And then there’s the Chicago Cubs in trade deadline limbo. Here are the teams to watch as the trade deadline approaches.

MLB: 7 All-Stars Who Could Be Traded This Month

Yardbarker: MLB Veterans Who Could Be Traded in 2021 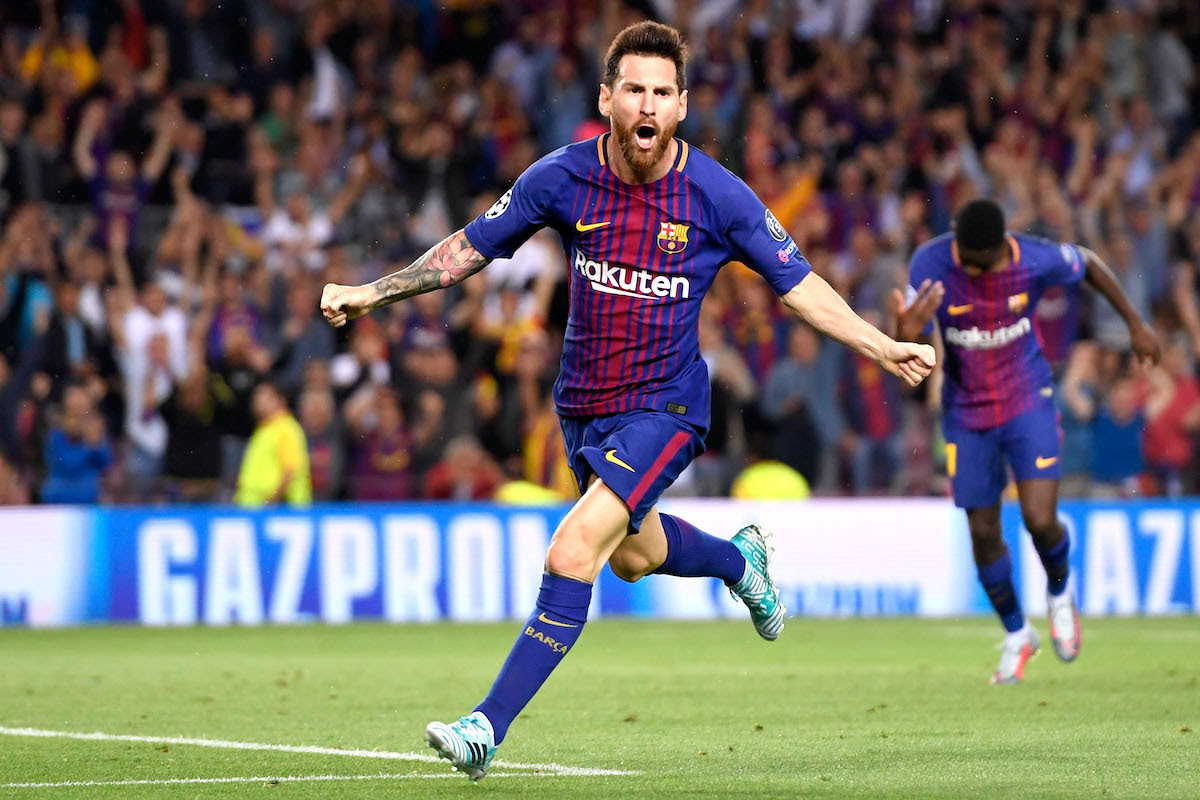 Following a year of question marks surrounding his future with Barcelona, 34-year-old Lionel Messi appears to be finishing his career with the only club for which he’s ever played. Messi is expected to sign a new five-year deal later this month that includes a significant wage cut (reportedly 50 percent). He was set to be a free agent this summer after spending 20 seasons in one jersey. The final figures of his new deal have not been reported, but the club’s debt total currently exceeds €1 billion.

Messi was prepared to leave Barca shortly after a staggering 8-2 loss to Bayern Munich in the Champions League. His desire to stay increased when Joan Laporta returned as the club president in March and has since added a host of new players, including Messi’s Argentinian National Team running mate, Sergio Aguero.

A Tour de France With A Twist

The cyclist Lachlan Morton completed a 3,400 mile journey alone and unsupported — and in the process returned the race to something like its roots. His “solo mission,” branded “the alt tour” included 21 stages; 20 transfers; 5,500 kilometers; 65,000 meters of climbing; 23 days to beat the peloton to Paris. (NY Times)

LeBron James once served as the catalyst for a new era of celebrity high school basketball recruits, and social media and technology have only bolstered this phenomenon. Many of the nation’s top high school prospects are quasi-celebrities with dedicated followings. (Yahoo! Sports)