Cool in the Pool

Wednesday was a whirlwind in sports. American swimmers lit up the pool once again, and the track and field events begin today. Baseball trades and an Aaron Rodgers press conference sent shockwaves through the MLB and NFL. Plus, the 2021 NBA Draft takes the stage tonight. We’ve got it all.

Enjoying The Sportsletter’s Olympics coverage? Know someone else who might enjoy it? Pass the ball and share the sports with friends and family. 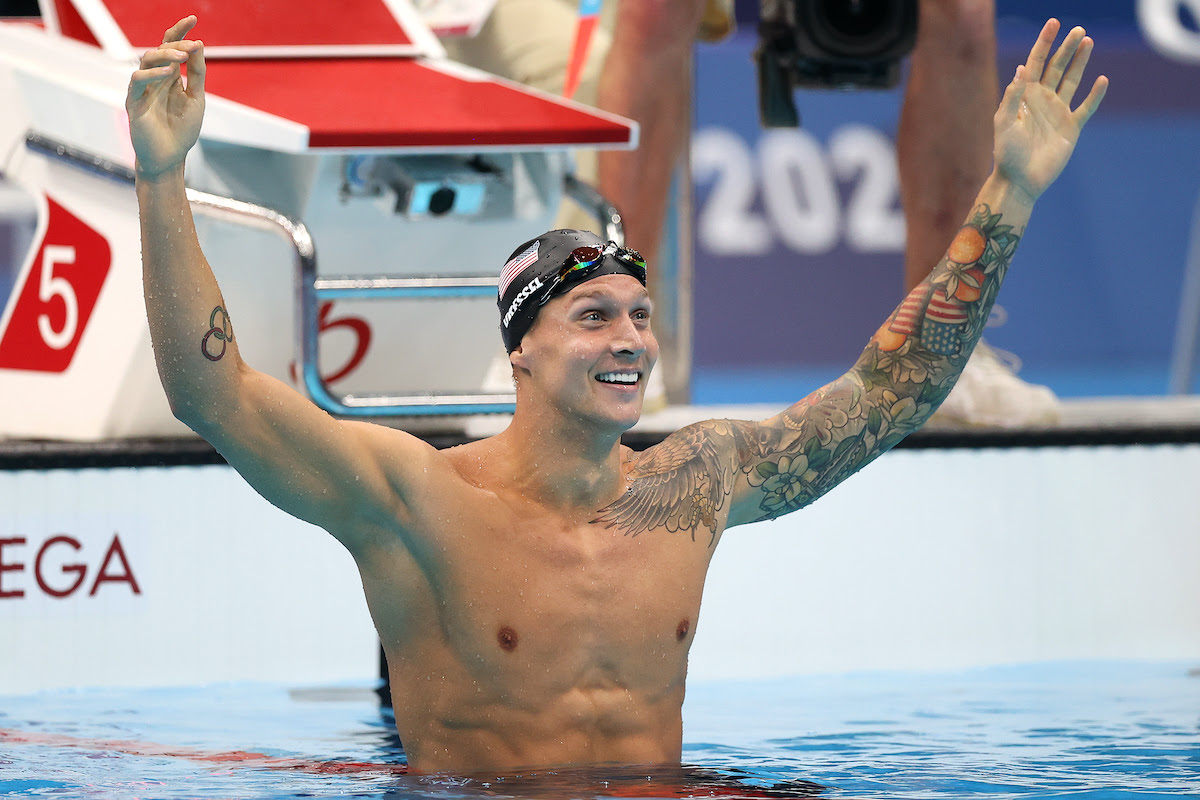 There were five swimming finals in Tokyo on Wednesday night, and the United States had participants in each. 21-year-old Bobby Finke kicked off the action with an exhilarating victory in the men’s 800-meter freestyle. After entering the final 50 meters in fourth place, Finke rocketed through the pool, making a heroic comeback to take the gold medal.

After a fifth-place finish from Nic Fink in the men’s 200-meter breaststroke, Americans Regan Smith and Hali Flickinger won silver and bronze in the women’s 200-meter butterfly while China’s Zhang Yufei earned the gold.

Then came the record-setter. Caeleb Dressel followed with his first individual gold medal of the Olympics in the men’s 100-meter freestyle, taking the lead early and holding off a late charge while setting a new Olympic record in the event (47.02 seconds).

Finally, in the women’s 4×200-meter freestyle relay, the U.S. took the silver as all three medal-winning teams broke the previous world record, including China with the gold and Australia with the bronze. It was career Olympic medals No. 9 and No. 10 for Katie Ledecky and Allison Schmitt, respectively.

Cool in the Pool: Team USA continues to dominate the swimming events, leading all countries in swimming medals (21). Australia has 12, but no other country has more than four.

The USA women’s 3×3 team took gold in the first-ever 3×3 basketball tournament in Olympic history by beating ROC (Russia) 18-15 in the gold medal game. The team, consisting of Jackie Young, Kelsey Plum, Alisha Gray and Stefanie Dolson, went 8-1 throughout the tournament.

In the 3-meter springboard final, American duo Michael Hixon and Andrew Capobianco came in second place behind the Chinese duo of Wang Zongyuan and Xie Siyi. Hixon took silver in this event at the 2016 Rio Games with Sam Dorman and has now matched that feat with a fellow Indiana Hoosier in Capobianco.

It was smooth sailing for the American women’s beach volleyball duo of Kelly Claes and Sarah Sponcil, who beat their Kenyan opponents 21-8, 21-6 to move to 2-0 in their pool play. Afterwards, the male team of Beijing 2008 gold medalist Phil Dalhausser and Nick Lucena defeated Argentina in three sets, advancing to 2-1 overall.

In their opening match of these Olympics, the American women used a big second half to defeat China 28-14. After being tied 7-7 at the break, they scored three unanswered tries to put the match out of reach.

ESPN: US Pole Vaulter Sam Hendricks Out of Olympics After Testing Positive for COVID-19

Yahoo! Sports: Simone Biles Grateful for ‘Love and Support’ After Withdrawing from All-Around 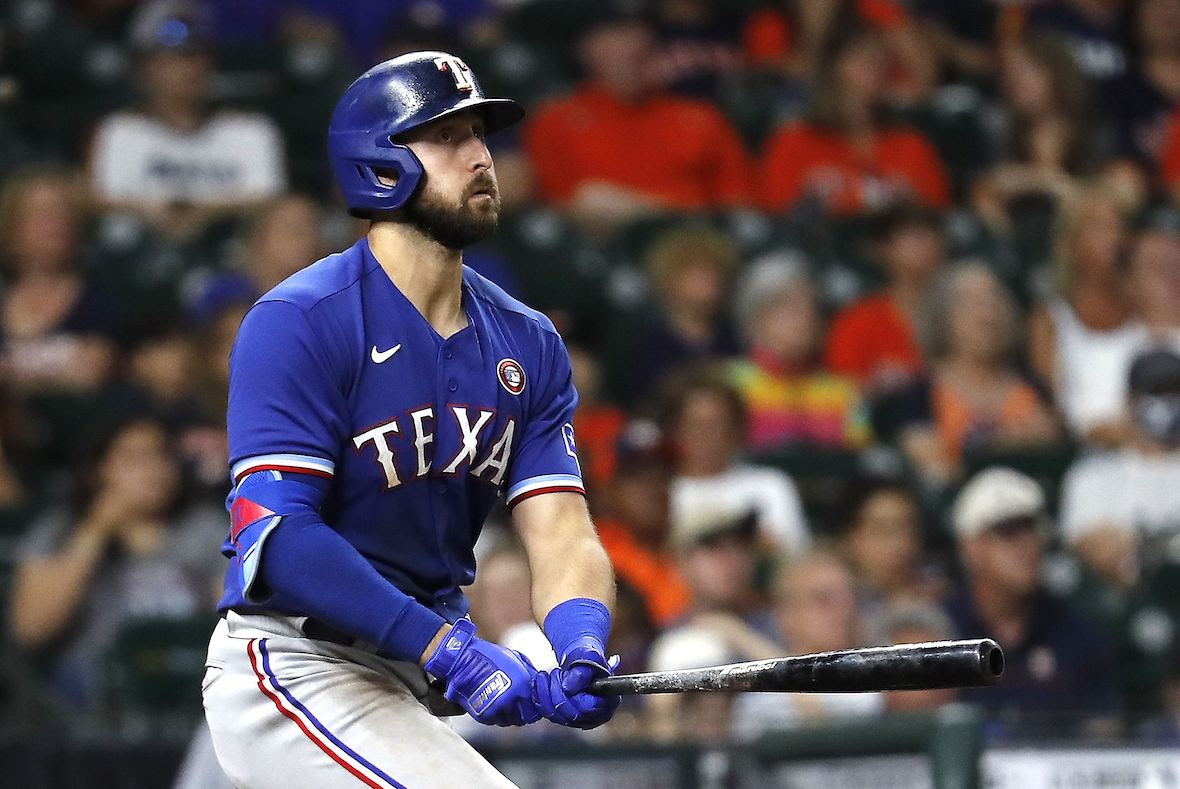 The MLB Trade Deadline is tomorrow, and teams have been in full buy-or-sell mode all week long. The trades have been rolling in, and plenty of rumors are heating up. The biggest one yet? The Yankees are finalizing a deal to acquire Rangers all-star slugger Joey Gallo. In exchange, Texas will get back four prospects. Gallo is having his best season yet, batting .223 with 25 HRs and 55 RBIs. Let’s take a look at all the deals ahead of Friday’s deadline.

Rangers Get Back: 4 Prospects

Marlins Get Back: LHP Jesus Luzardo

D-backs Get Back: 4 Players

Players Expected to Move by Deadline

FOX Sports: Who Will Stay & Who Will Go? Predicting Trade Fate of Stars Like Scherzer, Kimbrel & Story 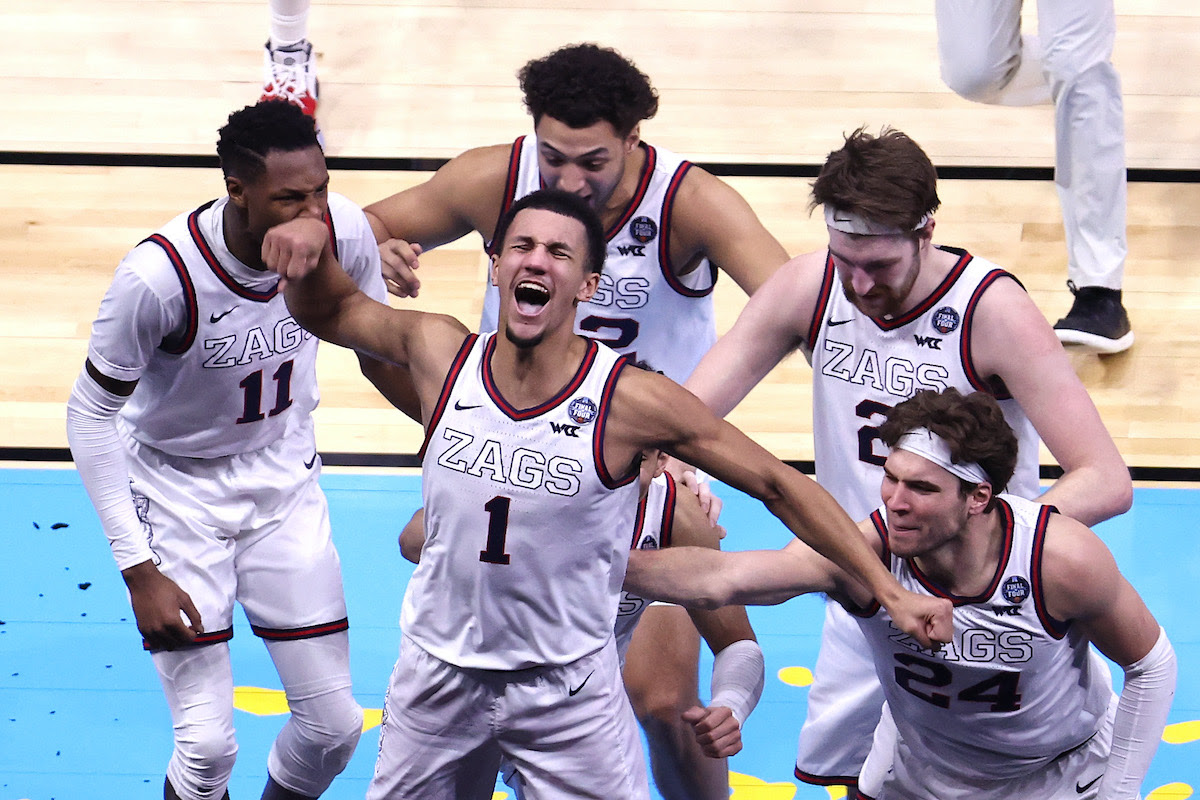 Just nine days after the Milwaukee Bucks won the NBA Finals, the league turns the page to next season with tonight’s 2021 NBA Draft. The lottery is set, but there are still question marks surrounding the top selections. We’ve already seen one trade — the Pelicans (No. 10) and Grizzlies (No. 17) — but the Rockets (No. 2) are rumored to want the No. 1 spot. That currently belongs to the Detroit Pistons. The top-5 players in this year’s draft are full of talent, and the Gonzaga Bulldogs are expected to have three players taken in the first round. Here’s a look at the lottery order and the top players available tonight.

The Ringer: What is Each Spot in the Draft Lottery Worth?

Simone Biles Got the ‘Twisties’

There is something so many of us are forgetting about Simone Biles and the risks that come with participating in gymnastics… The sport is dangerous. Biles referred to her mental block as the ‘twisties’. Gymnasts worldwide weigh in on what it means, and why it matters. (USA Today)

Aaron Rodgers didn’t mince words in his first press conference since returning to Green Bay. During the nearly 33-minute conference, the reigning MVP revealed exactly what was going on in his mind over the past few months and how things go to be so tense. (FOX Sports)