There’s something special about you, team. The majority of Sportsletter readers (57%) correctly picked the American League to win last night’s MLB All-Star Game. You’re now 9-for-10 as a group in gameday pick’ems throughout 2021. We’ll start coming to you first before placing our bets… 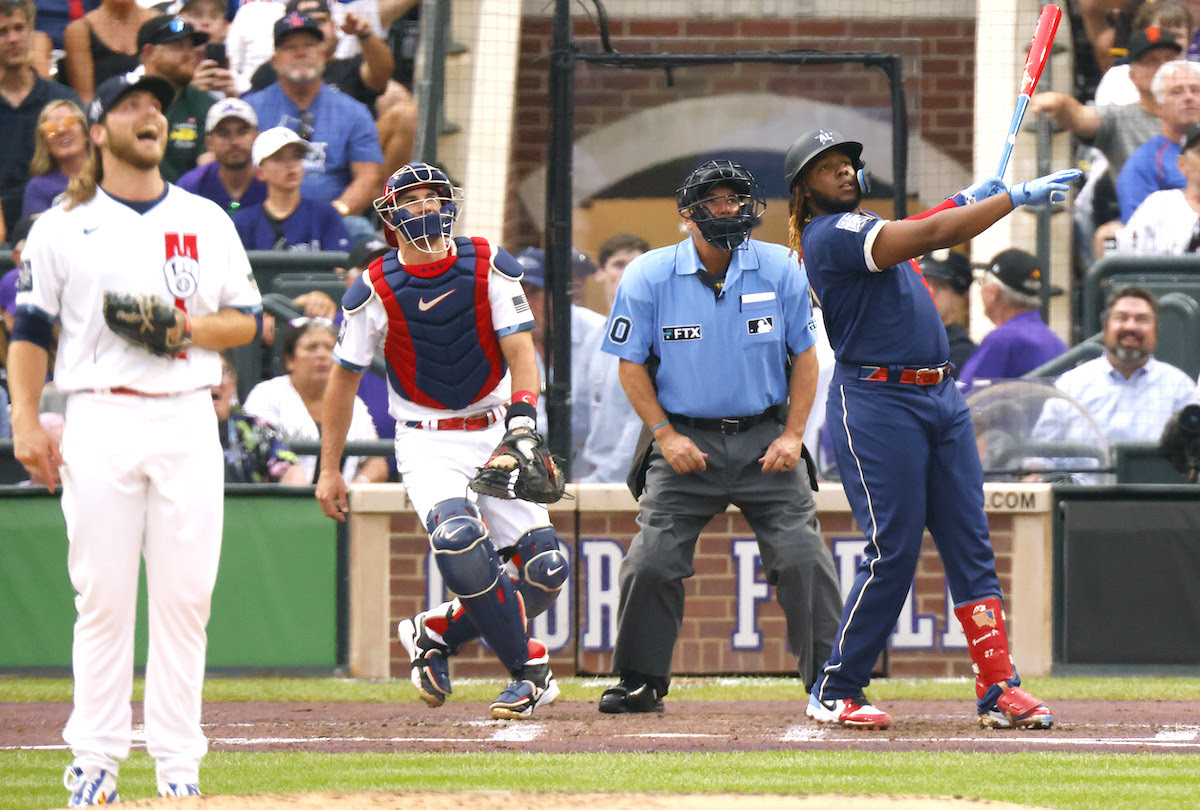 Baseball’s biggest stars met for the Midsummer Classic on a cool Tuesday night at Coors Field in Denver, and it was the MLB youth movement on display in a 5-2 win for the American League. Here’s how the 2021 All-Star Game went down:

Shohei Ohtani (Angels) started on the mound with a perfect first inning to launch the youth movement’s big night. Vladimir Guerrero Jr. (Blue Jays) smashed a tape-measure shot in the 3rd inning off Corbin Burnes for the 200th home run in All-Star Game history. J.T. Realmuto (Phillies) answered with a solo shot in the 5th as the NL began its rally attempt, but Mike Zunino (Rays) went yard in the sixth inning to pad the AL advantage.

The AL took that 5-2 lead into the 8th inning, but the NL loaded the bases with Kris Bryant (Cubs) at the plate. A line-drive to left field looked like it might cut the deficit, but Jared Walsh (Angels) made a sliding grab to rob Bryant of an extra-base hit and an NL rally bid. A scoreless 9th inning courtesy of Liam Hendricks (White Sox) solidified the AL’s eighth straight All-Star Game victory.

AL Win Streak By The Numbers

The AL now holds a 46-43-2 record against the NL in All-Star Game history, including the last eight straight. It’s been dominant pitching/defense from the American League that’s been the story. They’ve held the National League to just 20 runs in the last eight ASGs, an average of just 2.5 runs per game. The combination of Ohtani, Lance Lynn (White Sox) and Andrew Kittredge (Rays) threw perfect innings on Tuesday night. Only two of the nine AL pitchers faced more than four batters in their individual innings.

The 22-year-old went 1-for-3 with a 468-foot solo home run and 2 RBIs. He’s the youngest player in MLB history to win the All-Star Game MVP Award.

Fun Fact: There are now three father-son duos who have homered in the MLB All-Star Game; the Bonds, Griffeys and Guerreros. 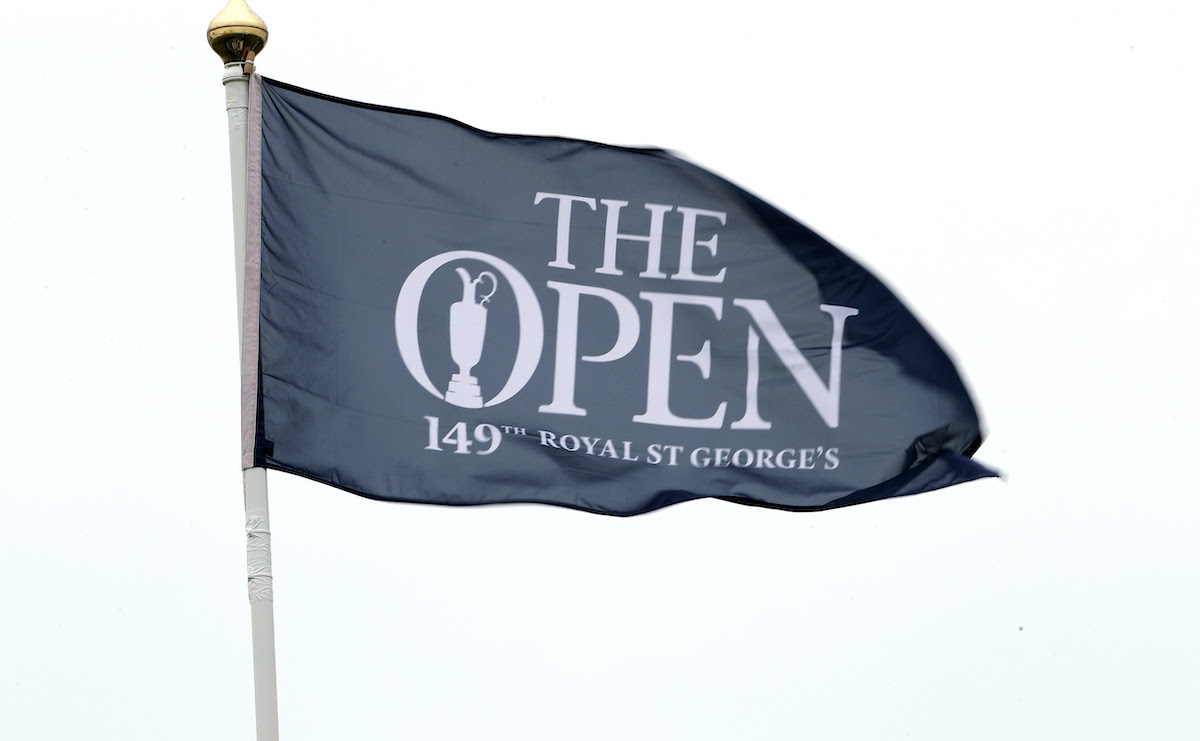 The PGA Tour swings across the pond for the fourth and final major of the 2021 calendar — The Open Championship. Golf’s greatest players ascend on Royal St. George’s in England for a jet-lagged Round 1 that tees off bright and early. The Open Championship was the only PGA Tour major canceled in 2020 due to the pandemic. After a two-year wait, defending champion Irishman Shane Lowry attempts to defend the Claret Jug. Lowry won the Open Championship in 2019 at Royal Portrush.

Get to Know Royal St. George’s

The golf course in Sandwich, England is located on the east coast with lots of wind and few trees. With deep rough and potentially deeper bunkers, Royal St. George’s can produce a wide range of scorecards depending on the weather. It’s the 15th time the course has played host to the Open Championship, which ranks third behind only St. Andrews and Muirfield.

Fun Fact: Underdogs have scored big at Royal St. George’s in recent years. The last two winners — when The Open has been held at Royal St. George’s — were massive long shots; Ben Curtis (2003) and Darren Clarke (2011). Both were ranked outside the Top-100 in the world when they won at RSG.

Can Team USA Right the Ship? 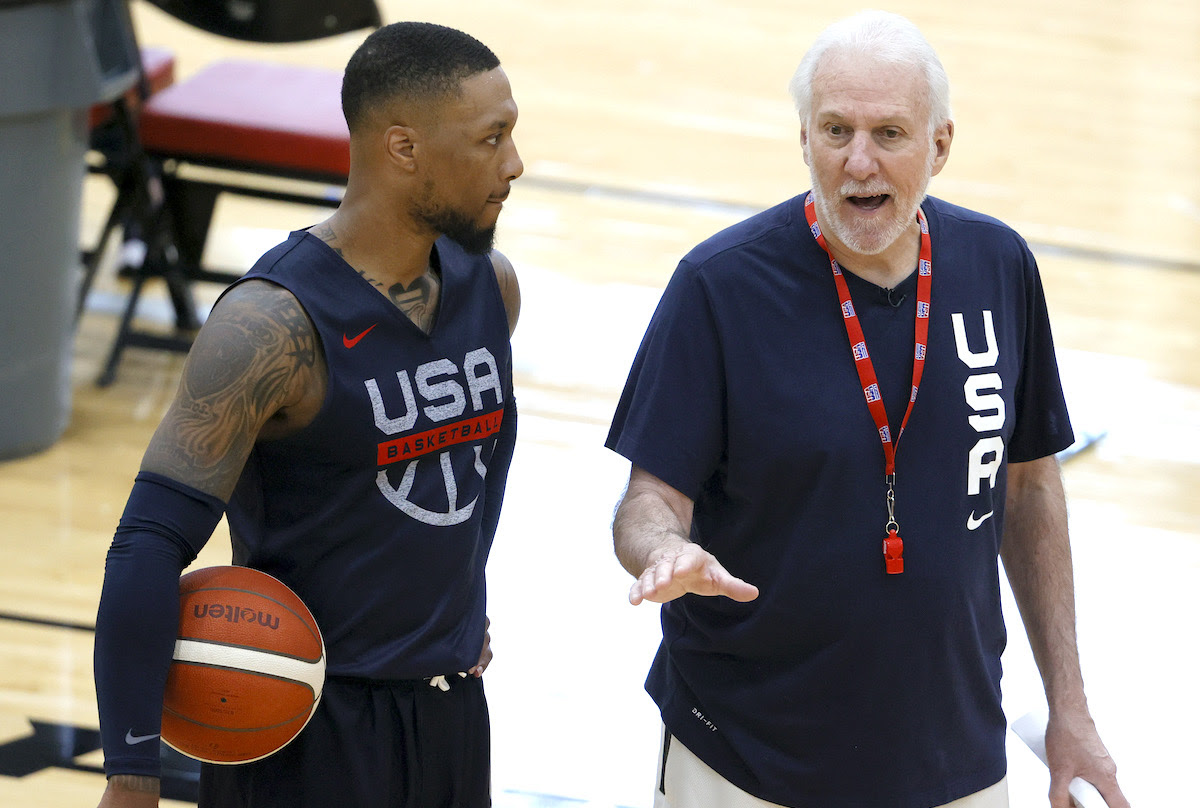 Team USA Dominates Argentina (108-80) to End Losing Skid, But Are They Ready for the Olympics?

Following back-to-back upsets in exhibition games against Nigeria (90-87) and Australia (91-83), the Team USA men’s basketball team entered Tuesday with a lot of eyes on them, and a lot of questions. They responded with a purposeful first-quarter that included six 3s (6-for-9) and a 14-point lead before routing Argentina (108-80). Kevin Durant and Bradley Beal scored 17 points apiece while shooting better than 60 percent. But even with a win — finally — Argentina boasts far less NBA talent than Nigeria and Australia. It’s sigh of relief, but problems remain.

What’s Been the Problem?

Depth. At first glance, the Team USA roster appears to have superstar-level talent with names like Durant, Beal, Damian Lillard, Jayson Tatum and Zach LaVine. At the moment, the back-nine on the bench consists largely of players who the casual NBA fan might not even recognize. The bench depth could be fixed in time for the Olympics, but building chemistry continues to be a process.

The WNBA All-Star Game tips off tonight at Mandalay Bay Resort & Casino in Las Vegas, and it’s not your typical All-Star format. Team WNBA will face Team USA in an event that combines 24 stars for an All-Star “experience” and a pre-Olympic tuneup. The game tips off tonight (7:00 pm ET, ESPN). (Swish Appeal)

️  The Pain of Being an England Soccer Fan

“I’ll tell you what happened, I can manage that much. I’ll tell you the goals and the times and the scorers, the result and the title won and where and when it happened…” Martin Rogers gives a raw, emotional fan perspective of what it’s like to root for England. (FOX Sports)

Simmons on the Block

The Philadelphia 76ers have reportedly opened trade discussions for struggling PG Ben Simmons after another disappointing postseason run. Spoiler alert: The price tag is quite high. Here’s what the Sixers want in return for their former No. 1 overall pick. (Yahoo! Sports)

L.A. Angels Use All 20 Draft Picks on Pitchers in Order to ‘Address Weakness’

Who do you think will win Game 4 of the NBA Finals tonight in Milwaukee?