Another slow weekday in sports news lulls us into an exciting weekend. We’ll keep it short and sweet today as we prepare for our first Sunday Sportsletter this week (Sept. 26). Want to get it? Simply refer 3 friends using your Team ID or make a $5 monthly donation to help support the team. Sundays are for football, and more sports news in your inbox.

The 2-0 Teams: Contender vs. Pretender 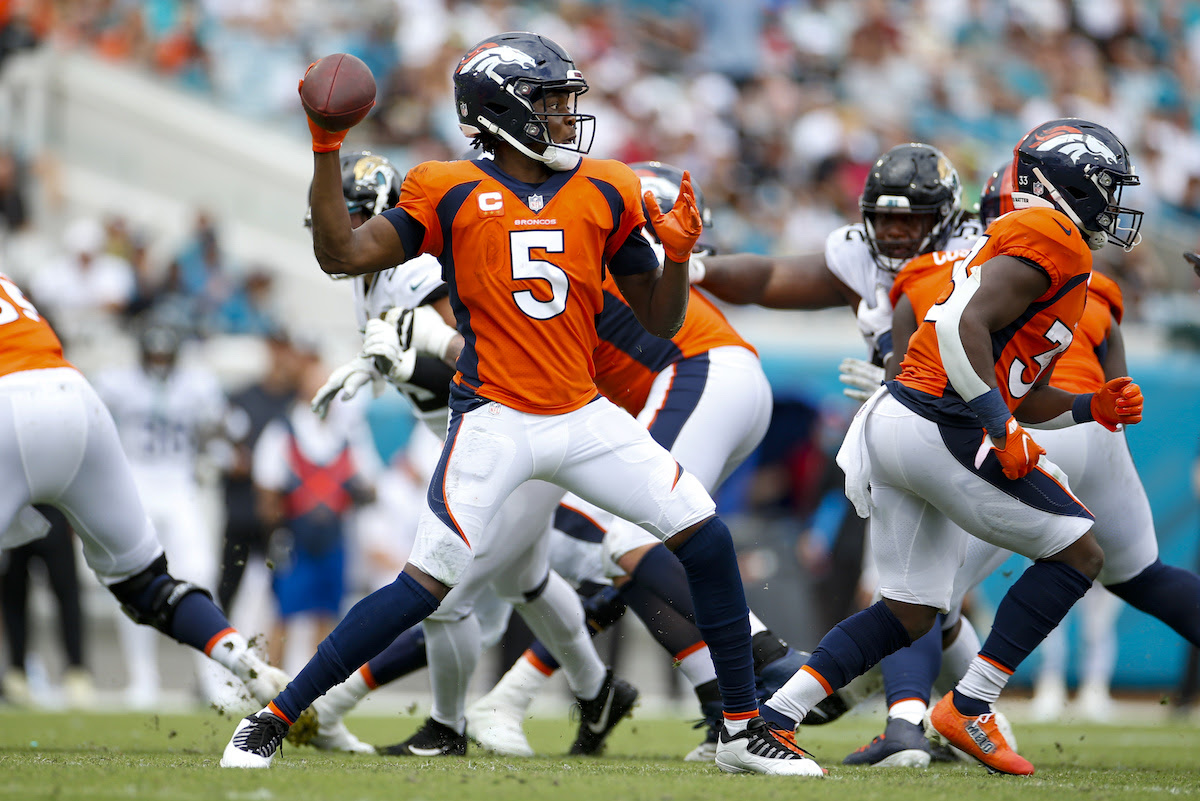 Seven NFL teams are still unbeaten entering Week 3 of the season, but who is for real? And who is simply a beneficiary of the schedule? The seven undefeated teams hail from just three divisions — two from the AFC (West) and five from the NFC (South and West). That means divisional matchups will certainly twist the narrative as the season goes on. It’s time to play Contender vs. Pretender with the league’s early-season elite.

The defending Super Bowl champs are off to the hottest start in the league after a narrow win against the Cowboys (31-29) and a blowout of the Falcons (48-25). Little can be determined about the validity of either opponent, but Tom Brady already leads the NFL with 9 TDs, and the Bucs are once again eyeing the Lombardi Trophy. Verdict: Contender

One of the biggest surprise 2-0 teams is the Panthers. Carolina only beat the Jets by five in Week 1 (19-14), and we saw how awful New York was in Week 2. But the Panthers beat the Saints handedly in Week 2 (26-7), raising questions about if their early-season success means they’re for real. The good news? They have a favorable schedule through October, but things get tough after November. Verdict: Pretender

The NFC West is undoubtedly the toughest division in football, and they round out the last three 2-0 teams with Seattle (1-1) holding the only loss. San Francisco has Super Bowl aspirations, but beating the Lions (41-33) and Eagles (17-11) by a touchdown apiece isn’t that eye-opening. We still think they’re challengers come playoff time. Verdict: Contender

The revamped Rams are off to a hot start with new QB Matthew Stafford. His 599 yards and 5 TDs through two weeks has him with the third-highest QBR in the league, and the highest among undefeated teams. The Rams put up 61 points in two wins against the Bears and Colts… two terrific defenses. Verdict: Contender

Buckle up for the coming out party of QB Kyler Murray. The Cardinals blew up the first two weeks of the season behind Murray’s 740 total yards and 9 TDs (7 passing, 2 rushing). Arizona has the second-highest scoring offense through two weeks behind only the Bucs, and Murray is quickly becoming a heavy favorite in the MVP race. Verdict: Contender

A 2-0 start doesn’t mean much in a 17-game season, but keep an eye on these teams. One franchise usually takes a zero in the loss column deep into October/November. The Panthers have a shot at 3-0 tonight.

Yahoo! Sports: Trust Index: Which of the NFL’s 2-0 Teams Do We Trust?

DraftKings: Breaking Down the NFL Standings Coming Out of Week 2

USA Today: Ranking the NFL’s 0-2 Teams: Which Ones Still Have Hope to Save Their Seasons? 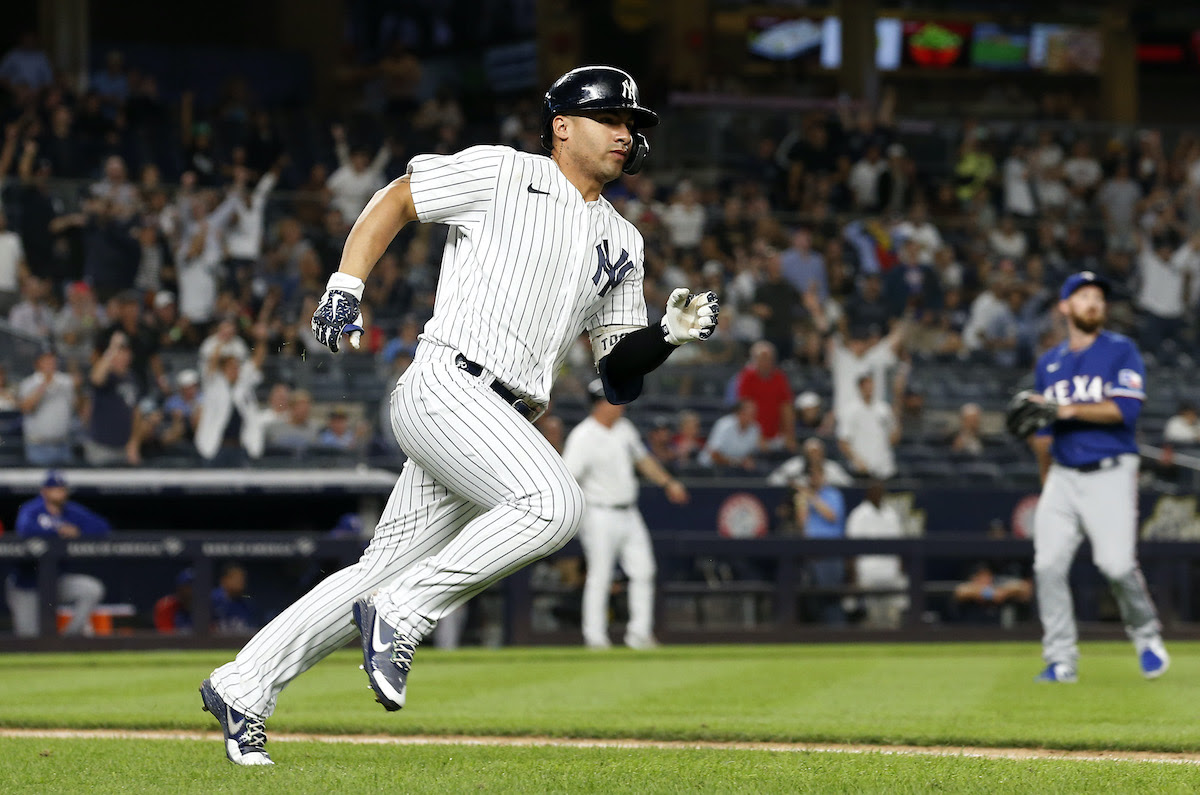 Add the Tampa Bay Rays to the playoff picture after a 7-1 win over the Blue Jays on Wednesday. The first AL team to join the postseason marks the fourth team officially into October, and the countdown to the MLB season finale is just a dozen days out. Multiple series this week grabbed our attention, and things are shaking up with limited time to make a move. Big winners on Wednesday included the Yankees, Red Sox, Mariners, Phillies and Cardinals. All five are firmly in the hunt for a playoff bid. Wednesday’s biggest losers included the Blue Jays, Mets and Padres — all now on the outside looking in. Here’s where they stand (along with some highlights) heading into the final 10 games of the season.

When Is a Rookie QB Really Ready?

Some believe the only way to test a rookie passer’s mettle is to start them right away; others think it’s better to learn on the bench and get in the action later. What’s the right answer? And how do teams get to their own determinations? (The Ringer)

The 2026 World Cup in Canada, Mexico and the United States might seem a long way off. But a decision on the 11 (give or take) U.S. cities that will host the quadrennial event, which for the first time will feature 48 teams, is right around the corner. (FOX Sports)

️ The Challenges of Whistling Straits

Players come and go, but golf courses remain. The United States will try to wrest the Ryder Cup back from the Europeans this week, and standing between them will be the golf architect Pete Dye and the course he designed at Whistling Straits in Wisconsin. (NY Times)