Not one, but two walk-off wins for the Atlanta Braves highlighted a drama-filled sports weekend. From the diamond to the gridiron and a WNBA champion, we’ll get you caught up in the next five minutes. 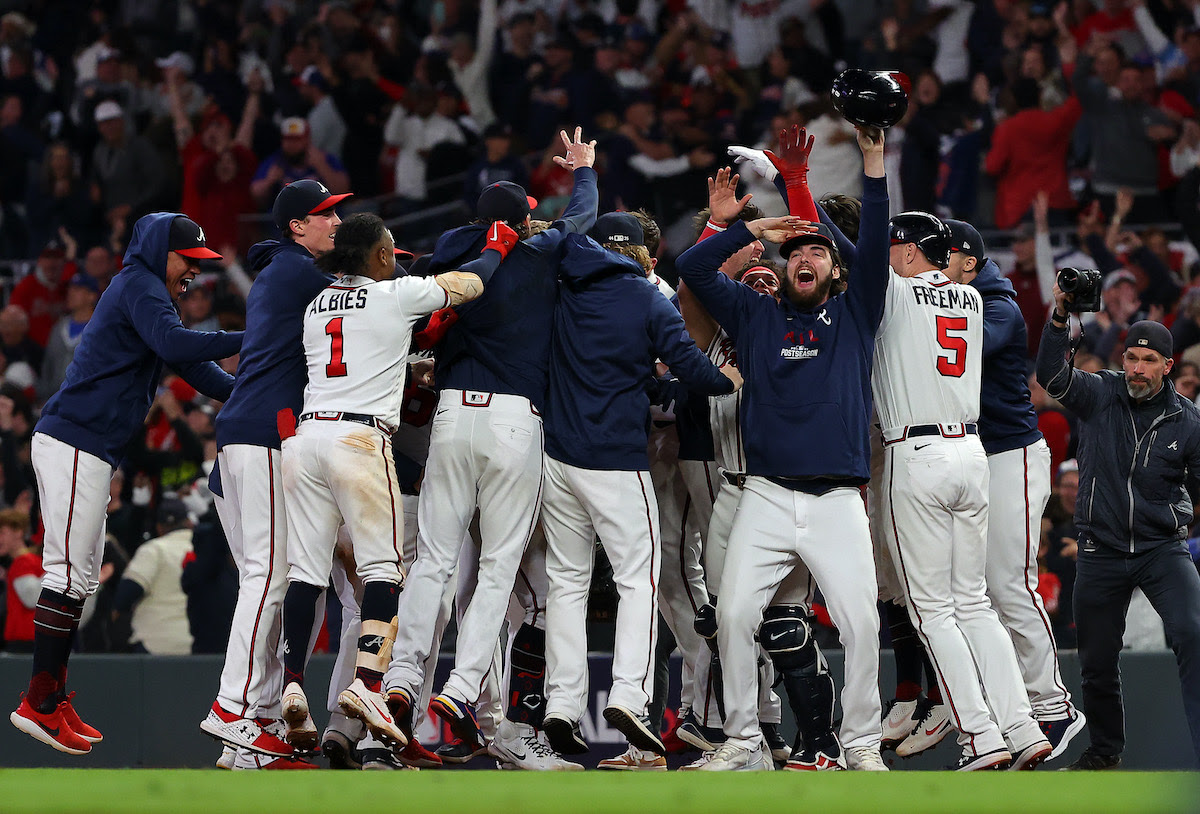 For the second time in as many games, the Braves beat the Dodgers on a walk-off. Sunday’s Game 2 finish was courtesy of Eddie Rosario’s punch-through RBI single that plated Dansby Swanson (5-4). Rosario’s magic moment came with two outs in the bottom of the 9th. He wasn’t just the Game 2 hero, but the only batter in the game to record more than one hit on the night (4-for-5). The Dodgers held leads at 2-0 and 4-2 before the Braves tied it in the 8th and won it in the 9th. The series now swings to L.A. for Games 3, 4 and 5.

The NFL’s Top Teams After Week 6 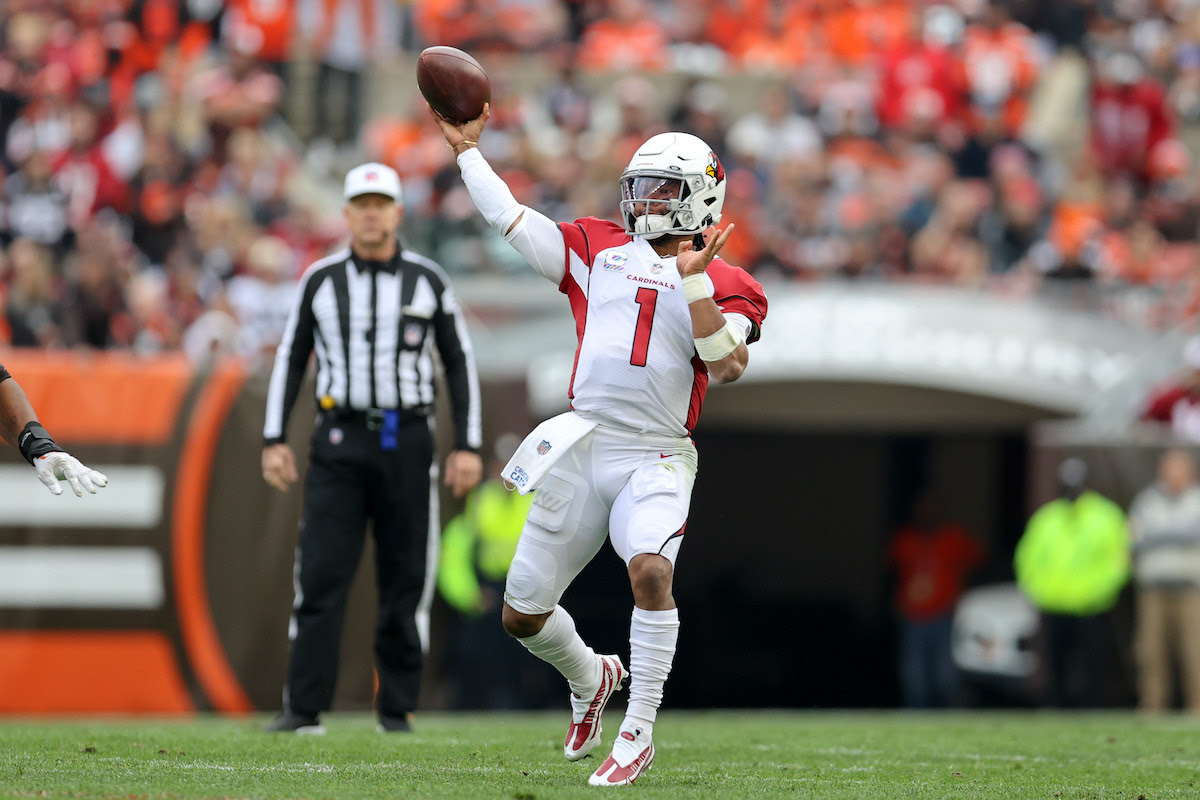 Six weeks into the 2021 NFL season and one team reigns supreme. The Arizona Cardinals, fresh off a 23-point drumming of the Cleveland Browns, are now 6-0 as the league’s only remaining unbeaten team. But the gap between top dog and the teams lurking in the shadows isn’t a wide one. Six other teams with one loss are quickly stringing together win streaks. Let’s take a look at the top tier of the NFL before recapping the top moments of Week 6.

Rodgers Owns the Bears: Aaron Rodgers powered the Packers to their fifth straight win in Chicago (24-14), and he was caught on mic with a little trash talk.

Ravens Roll Chargers: Everything was going right for the L.A. Chargers until they strolled into Baltimore where the Ravens defense held the Bolts to a season-low six points (34-6).

Raiders Win Without Gruden: In their first game since the firing of head coach Jon Gruden, the Raiders held off the Broncos on the road (34-24).

Cowboys Win 5th Straight: It took all 60 minutes and then some, but the Cowboys prevailed over the Patriots (35-29, OT) behind another big day from QB Dak Prescott.

NFL: Week 6: What We Learned From Sunday’s Games

SI: ‘I Still Own You’: Aaron Rodgers Taunts Bears Fans After Touchdown 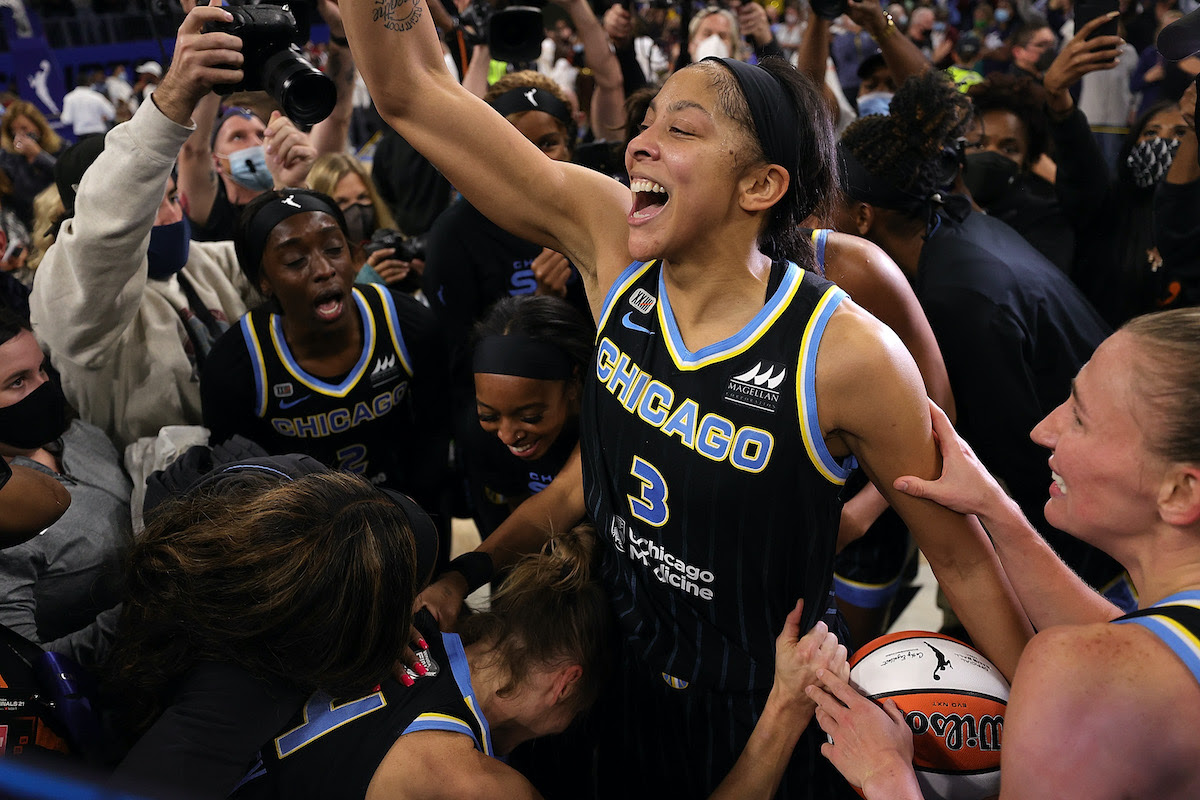 The Chicago Sky are WNBA champions! After blowing out the Mercury in Game 3 on Friday (86-50), the Sky used a fourth-quarter rally to top Phoenix and secure their first-ever WNBA title on Sunday. They had a .500 record (16-16) during the regular season before beating the Wings, Lynx, top-seeded Sun and the Mercury in furious 8-2 postseason run.

Chicago trailed by 11 heading into the final period where a loss would’ve spelled a winner-take-all Game 5 back in Phoenix. Instead, the Sky finished the game on an 18-4 run where Candace Parker hit the game-tying 3 inside two minutes (72-72). Courtney Vandersloot poured in the final four points to seal the deal for Chicago.

ESPN: After WNBA Finals: 10 Biggest Questions for the WNBA Offseason

Purdue Knocks Off #2 Iowa to Shake Up Top-10

It’s another massive upset at the top of college football! Unranked Purdue throttled 2nd-ranked Iowa (24-7). That opened the door for Cincinnati to jump all the way to No. 2 in this week’s poll. Four Big Ten teams still reside in the top-10, and eleven teams remain unbeaten. Here’s how they stand following another Saturday on the gridiron.

Another season, another point-tallying year ahead for Connor McDavid. The Oilers’ forward recorded his 10th career hat trick on Saturday as Edmonton started the year 2-0.

Liverpool are the Premier League last remaining undefeated team after a 5-0 win against Watford over the weekend. The dominating performance saw Mo Salah finish a must-see goal while Roberto Firmino tallied a hat trick.

The Portland Thorns are your NWSL regular season champs after a 1-0 win against the Houston Dash on Sunday. They’ve now won three pieces of hardware this season, including the Challenge Cup and International Champions Cup.

Rory McIlroy (-25) got back to his winning ways Sunday at The CJ Cup in Las Vegas. He held off a Sunday surge from Collin Morikawa (-24) to claim his 20th PGA Tour victory.

Sunday’s NASCAR Cup Series Playoff race at Texas Motor Speedway came down to a two-lap shootout where Kyle Larson — who led 256 of 334 laps — held off teammate William Byron for the checkered flag.