Today’s Tuesday recaps are short and sweet before tomorrow’s lengthy preview of Thanksgiving Weekend. It’s a full buffet of info in tomorrow’s edition, so come hungry.

The Sportsletter will not be published on Thursday (Nov. 25) or Friday (Nov. 26). 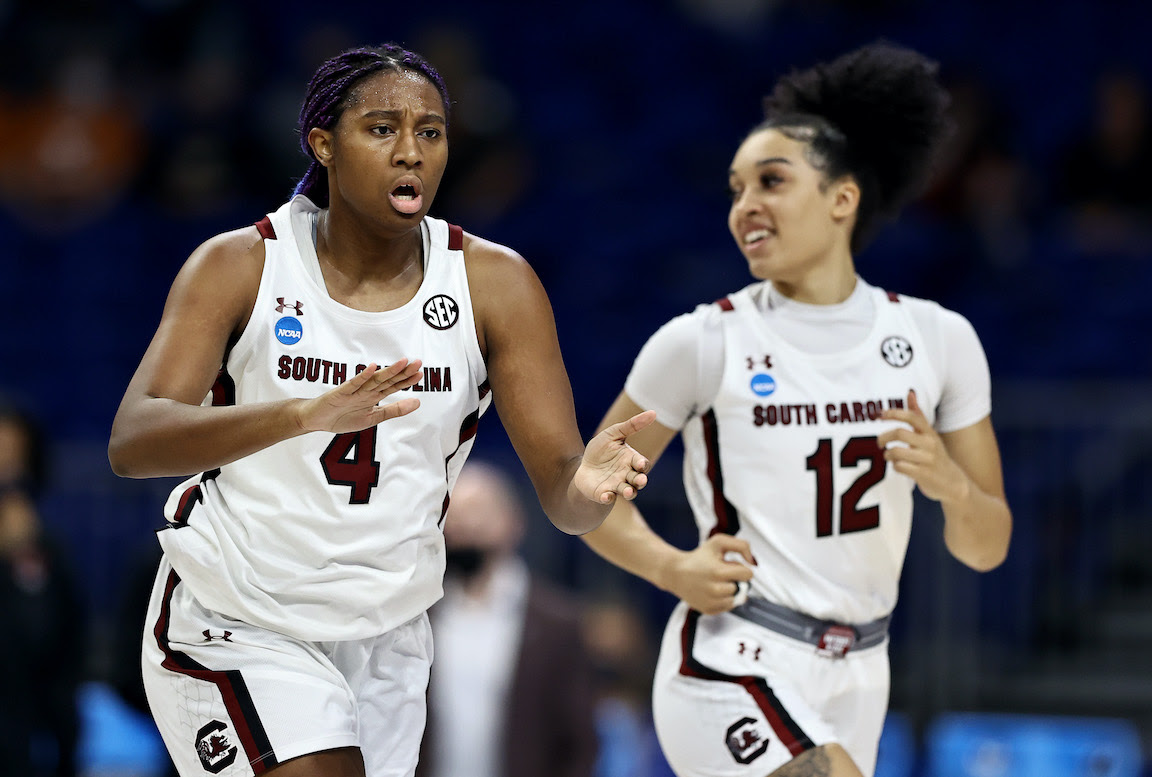 An exciting 24 hours in college hoops is halfway through. The top two teams in the women’s game squared off last night in the final of the Battle 4 Atlantis, with No. 1 South Carolina taking down No. 2 UConn. The men’s game brings the top non-conference clash of the year in Las Vegas with No. 1 Gonzaga and No. 2 UCLA tipping off tonight. Let’s run one back and look ahead to the other…

The 1-2 showdown in the women’s game was a one-point contest at the break, but South Carolina blew it open in the second half. They outscored UConn 40-21 over the final 20 minutes, including a 16-3 advantage in the 4th quarter. Aliyah Boston earned the game ball with 22 points and 15 rebounds.

For just the 43rd time ever, the top two teams in men’s college hoops will meet in the regular season tonight in Las Vegas. Gonzaga and UCLA clash in the Empire Classic for a rematch of last year’s Final Four thriller where the Zags won it on Jalen Suggs’ miraculous game-winner (93-90, OT). 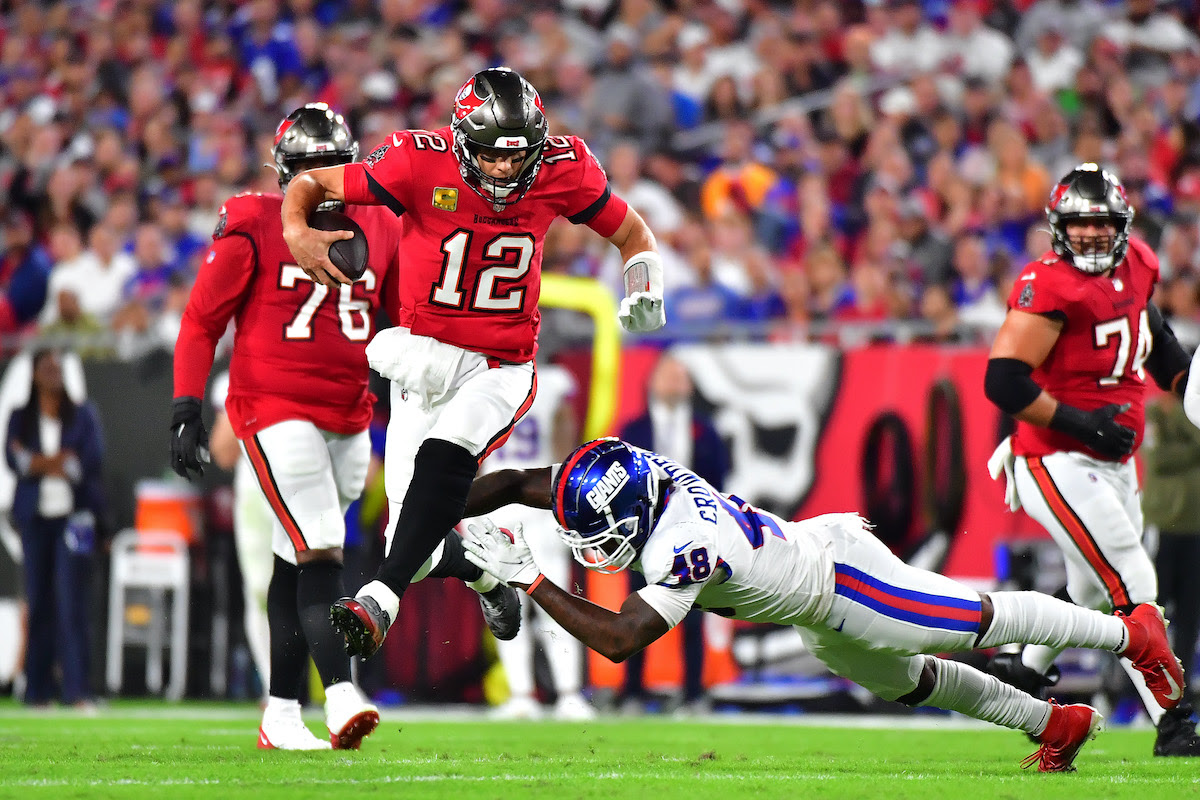 Fun Fact: Tom Brady set an NFL record in the game with his 19th season throwing for 3,000-plus passing yards.

WaPo: Brady & the Bucs Can Feel Better After Overwhelming the Giants 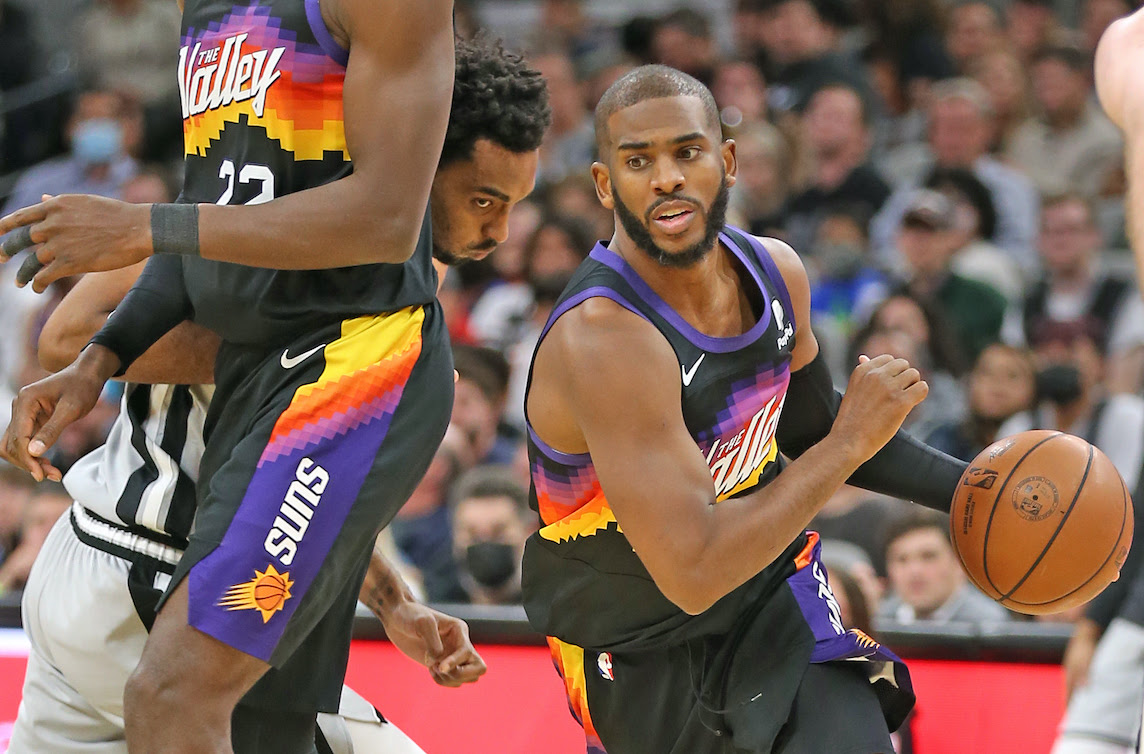 Another night, another win for the Suns. Phoenix extended its win streak to 13 on Monday night after beating the Spurs (115-111). The Suns started 1-3 before reeling off a baker’s dozen. DeAndre Ayton (21 points, 14 rebounds) was the lead man. The streak is the Suns’ longest since the 2006-07 season (17 straight) with Steve Nash and Amare Stoudemire. Even after a 13-game roll and a 14-3 record, it’s the Warriors (15-2) who still own the best record in the league.

Watch: Suns Extend Win Streak to 13 With Win Over Spurs

Elijah Moore feels like a safe pickup, and Cam Newton is back to a consistent start. Here are some of the players we’ll be targeting ahead of Week 12. (CBS Sports)

Team USA has already named forwards Patrick Kane and Auston Matthews to the team, but the remaining players will be announced in January. Here are some early predictions. (USA Today)

Can the Suns close the gap on the Warriors? Can the Lakers turn things around? Our experts break down all 30 teams. (ESPN)

Nuggets’ Michael Porter Jr. Could Miss Season With Nerve Issue in Back