We look ahead to the Heisman Trophy ceremony while recapping the group stage in the UEFA Champions League. Plus, Tiger returns to the golf course. All that and more in today’s edition. 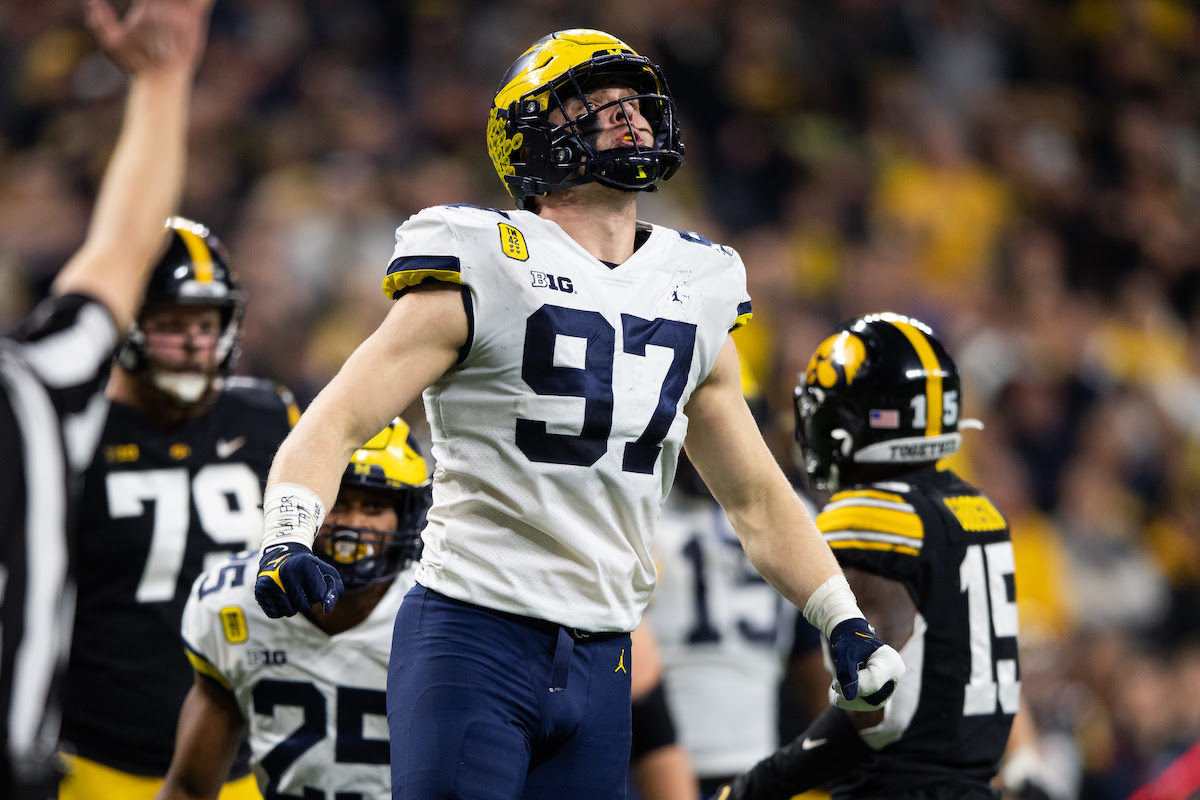 The Heisman House adds one more to the mix this weekend. College Football’s top award gets delivered Saturday night at the Lincoln Center in New York. Four finalists were named this week, with one quarterback a near lock to take home the hardware. Let’s take a look at this year’s performances from the four finalists:

The Alabama quarterback led the Crimson Tide to a 12-1 record, the SEC title and the No. 1 overall spot in the College Football Playoff. The sophomore should be a lock to win the award.

The only defensive candidate at this year’s presentation was a late bloomer in the 2021 season. No defensive player has won the Heisman since Michigan’s Charles Woodson in 1997.

The Buckeyes’ gunslinger was a Heisman favorite for much of the season before OSU suffered two losses to bump them from the CFB Playoff. Stroud still gets a finalist nod, but he’s the longshot to win it. 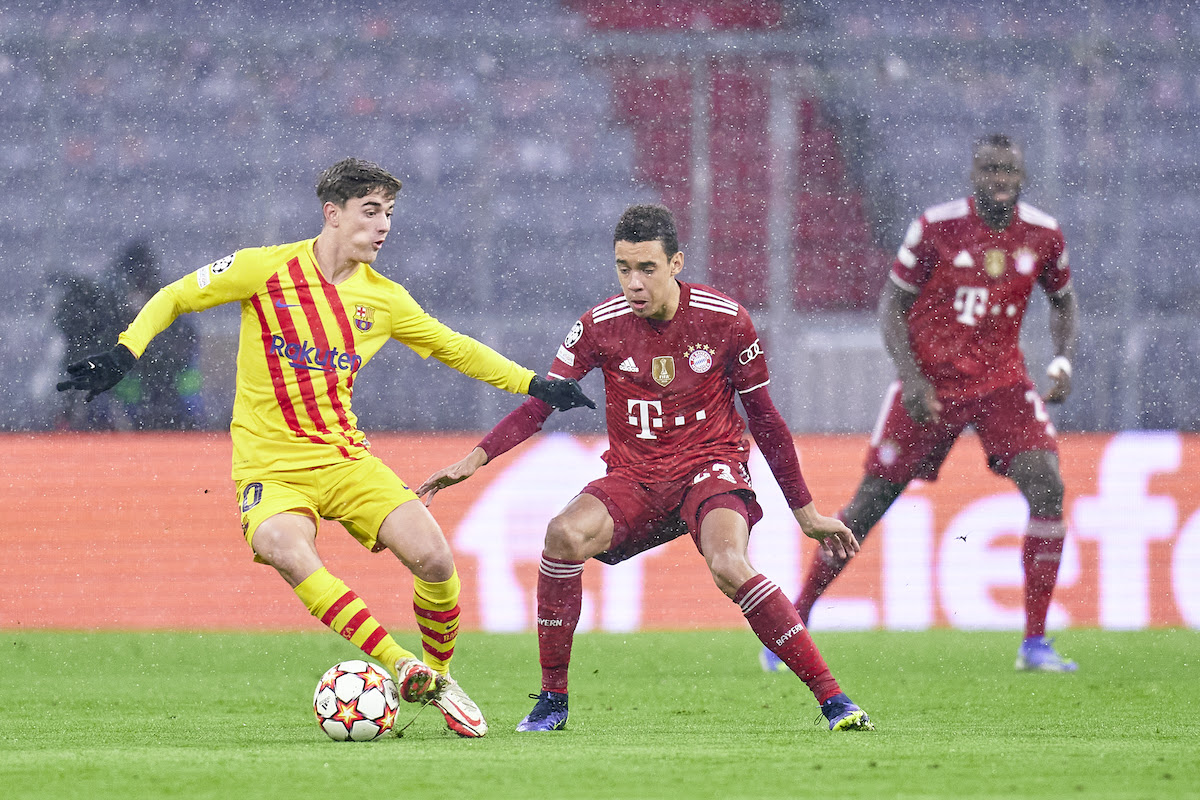 Bayern Bounces Barcelona as Round of 16 Draw Comes Into Focus

The final matchday (6) of the group stage in the UEFA Champions League delivered the finishing touches to the fall schedule, but one more match remains. Atalanta and Villareal had their match postponed to today (1:00 pm ET) after heavy snowfall. Elsewhere, Bayern Munich shut out Barcelona (3-0) to eliminate the Spanish giants. Three teams punched their tickets to the Round of 16 on Wednesday — Benfica, LOSC and Salzburg. Here’s a look at Wednesday’s highlights and the Knockout Stage participants with one match to play.

Knockout Stage (Round of 16) 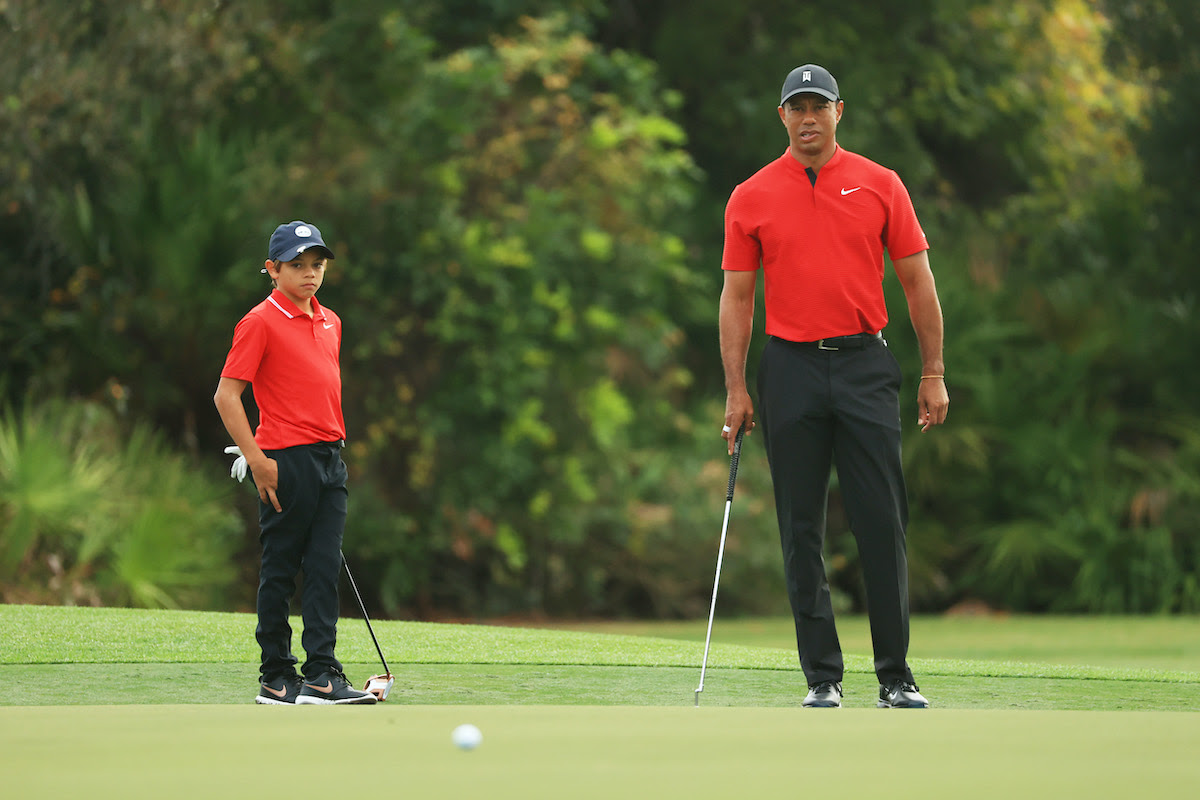 Nearly 10 months after his infamous car crash last February, Tiger Woods is returning to golf. Woods was hospitalized for months after breaking bones in his right leg and foot. With rehab and improvements behind the scenes, the world’s most notable golfer is finally set to play again. It’ll be a long time before he returns to competitive golf on the PGA Tour, but Tiger announced his participation in next week’s 36-hole family event at the PNC Championship.

“Although it’s been a long and challenging year, I am very excited to close it out by competing in the PNC Championship with my son Charlie. I’m playing as a Dad and couldn’t be more excited and proud.’’ — Tiger Woods

Nikola Jokic had a monster night for the Nuggets in their overtime win over the Pelicans (120-114, OT). The Joker packaged a triple double with 39 points, 11 rebounds and 11 assists, including 11 straight points in OT to secure the win.

The Avalanche poured in five goals in the second period and seven overall to hand the Rangers their first loss in eight games on Wednesday (7-3). Mikko Rantanen and Logan O’Connor each scored twice.

Alabama, Cincinnati, Georgia and Michigan will compete for the 2021 national championship in the College Football Playoff, and those teams are well represented on ESPN’s All-America team, as well. (ESPN)

The 2022 Boxing Hall of Fame Class

Roy Jones Jr. and James Toney, who battled in a mega-super middleweight title bout in Las Vegas in 1994, headline an eight-person class elected Tuesday to the International Boxing Hall of Fame. (Yahoo! Sports)

MLS Thriving: State of the League

Moments after giving his annual State of the League address Tuesday, Don Garber was asked how he’d feel if Saturday’s MLS Cup final were being hosted not by the Portland Timbers but by New York City FC. (FOX Sports)

Serena Williams to Skip Australian Open Due to Medical Concerns