Week 18 is fast approaching, and every playoff scenario needs analyzed. Plus, Kyrie Irving makes his season debut, and there’s drama down under with the World No. 1 tennis player.

Playoff Scenarios: Who’s In & Who’s Out? 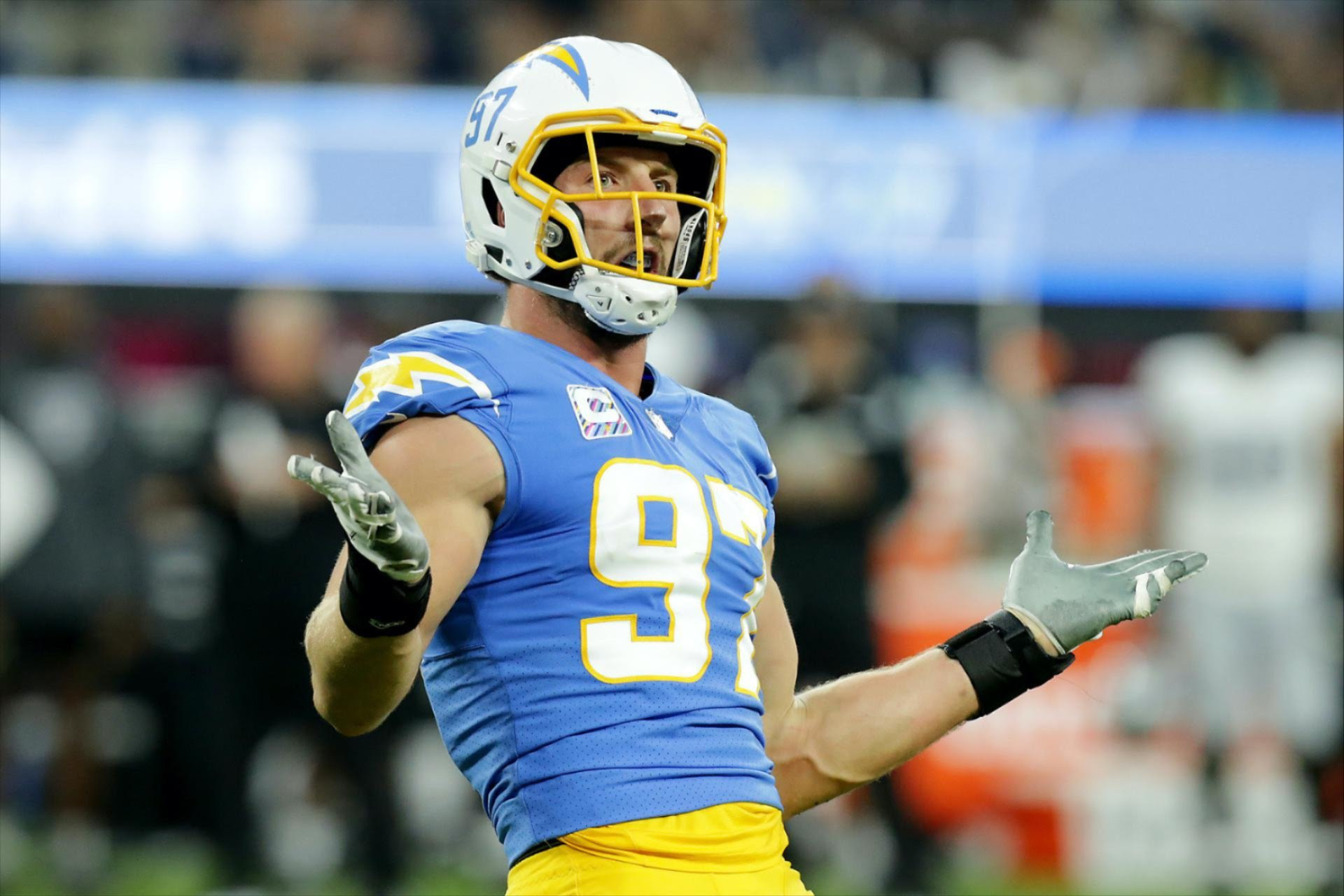 The first-ever Week 18 in NFL history is about to bring the drama. It’s the playoff before the playoff with teams jockeying for seeding and seven squads fighting for their playoff lives. Three playoff spots are still up for grabs heading into Week 18. The Packers own home field advantage in the NFC, but the AFC’s top spot is still up for grabs between the Titans and Chiefs. We’ve got all the scenarios in play to round out the 2021-22 season.

NFC Playoff Scenarios: The 49ers get the last wild card spot with a win against the Rams on Sunday. The Saints will get it with a win over the Falcons and a 49ers’ loss.

AFC Playoff Scenarios: Things get trickier in the AFC. The Colts are in the driver’s seat and should grab a wild card with a win against Jacksonville. That leaves one remaining spot between four teams, and the Chargers and Raiders play each other with that final spot on the line. The Steelers and Ravens also face each other on Sunday, and the winner could get in if the Jags upset the Colts.

Things get really wild if the Jaguars stun the Colts in Sunday’s early matchup. The Chargers and Raiders (8:20 pm ET) could opt to play for a tie — kneel out the entire clock — to stonewall the Ravens-Steelers winner and both reach the playoffs. However unlikely, it’s still a possibility.

FOX Sports: NFL Playoff Picture: A Look at the Postseason Heading Into Week 18

The Return of Kyrie Irving 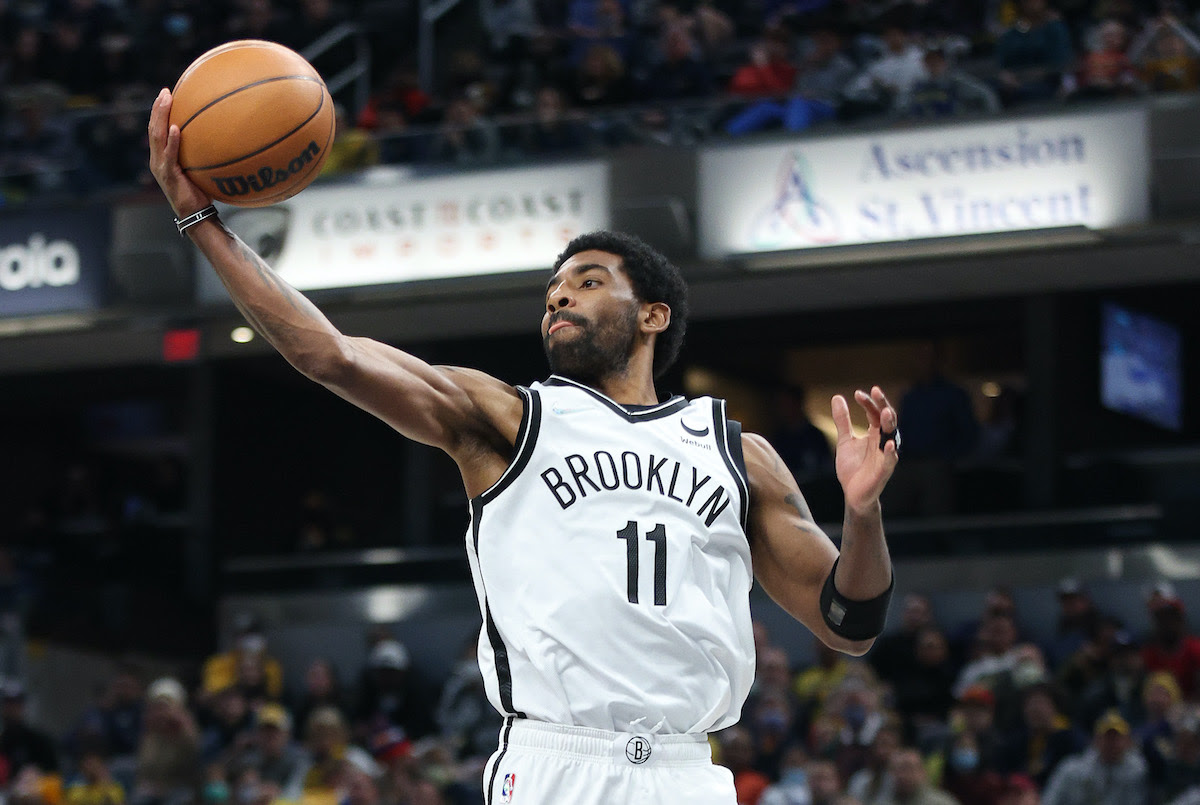 A whopping 36 games into the 2021-22 NBA season, and unvaccinated Nets star Kyrie Irving has finally appeared. Irving’s debut came at Indiana where he helped ignite a second-half Nets rally (129-121). Kevin Durant had a game-high 39 points as Brooklyn snapped a three-game skid, and new/old Pacer Lance Stephenson dropped 20 points in his debut. But the real story was Irving, who hadn’t played all season due to his vaccination status. He’s still unable to play home games due to New York City’s mandate. The team hadn’t allowed Irving to play away games until Wednesday night, and they’re expected to continue that plan through the season.

Kyrie is back, and the Nets’ Big 3 is back in tact… At least on the road.

KPJ’s Game-Winner: Wednesday’s biggest shot came courtesy of Kevin Porter Jr. who lifted the Rockets over the Wizards (114-111) with a step-back 3 at the buzzer.

Dirk’s Night in Dallas: The Mavericks downed the Warriors Wednesday in Dallas (99-82) after the team celebrated its most iconic player, Dirk Nowitzki, with a jersey retirement ceremony filled with memories. 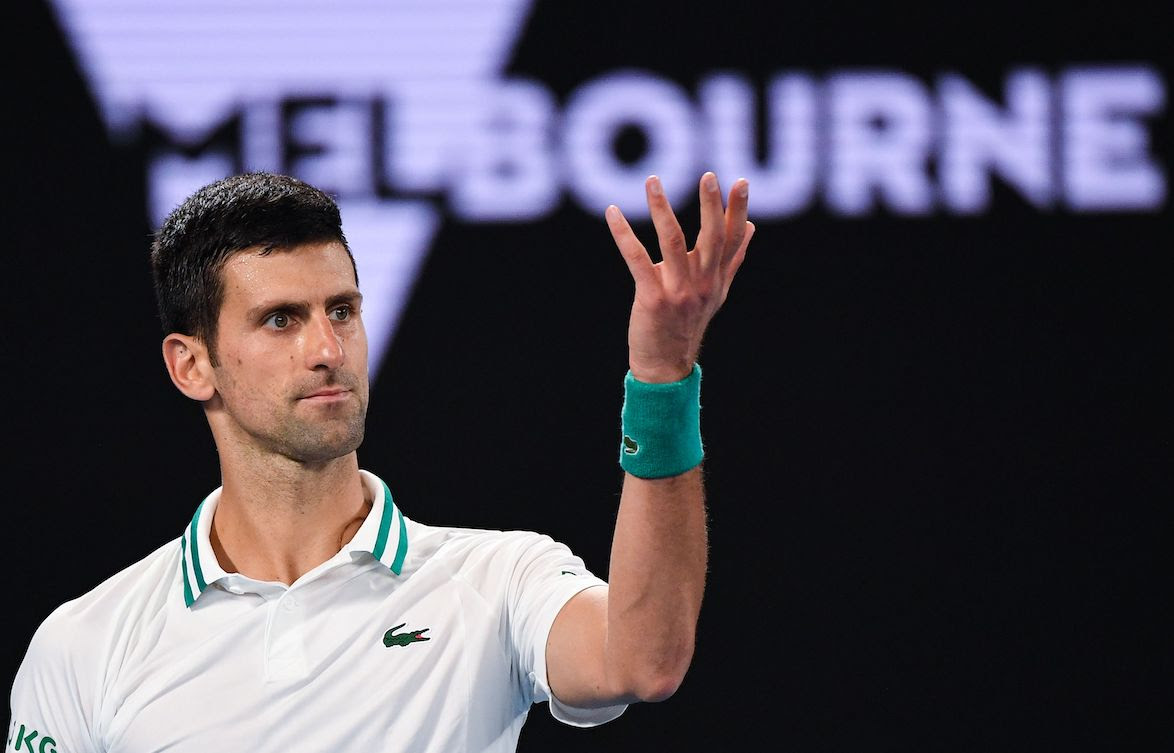 Novak Djokovic’s record-breaking 21st grand slam will have to wait until the spring. The World No. 1 tennis player traveled to Australia yesterday after receiving a medical exemption from tournament organizers that reportedly allowed him to compete in the Australian Open despite not receiving a COVID-19 vaccination. Instead, government officials revoked Djokovic’s visa and placed him in a quarantine hotel.

Rules Down Under: Australia has seen a record surge in new COVID-19 cases and requires vaccinations from all international travelers. Australian Prime Minister Scott Morrison tweeted: “Rules are rules.”

Chasing History: Djokovic has won three of the last four slams and the last three Australian Opens dating back to 2019. He’s been dominant in Melbourne and the chance of capturing his record-setting 21st slam was high. The tournament begins Jan. 17, and Djokovic’s legal team is expected to fight the Australian government’s process as this story develops.

The Guardian: ‘Quite a Bit to Play Out’ in Novak Djokovic’s Australian Open Saga

The hottest team in the NHL has done it again. The Penguins scored three unanswered in the third period, including two goals in 12 seconds, to come from behind and beat the Blues for their ninth straight win. Bryan Rust led the way with two goals for Pittsburgh.

The Blues were dominant in their opening leg of the Carabao Cup semifinal against Tottenham with a 2-0 shutout. Kai Havertz (5’) opened the scoring before an own goal later in the first half. The second leg match is Jan. 12.

NCAAW: A Top-10 Takedown in Texas

Unranked Texas Tech upset #9 Texas in women’s hoops on Wednesday (74-61). Vivian Grey (23) and Bre’Amber Scott (21) combined for 44 points to hand the Lady Longhorns their second loss of the season.

NBA teams have roughly a month to formulate and execute their plans at the 2022 trade deadline. Actually, they aren’t waiting to map out their strategies, and frankly, neither are we. (Bleacher Report)

Owners put a halt to the offseason in December. For as long as the lockout is in effect, teams are unable to negotiate with free agents, leaving the fates of players to be determined at some future date. (CBS Sports)

ESPN insiders discuss the coaching carousel and which jobs are most likely to come open. We know Jacksonville and Las Vegas already are open, but could Rich Bisaccia remain the Raiders’ coach given what they’ve accomplished down the stretch? (ESPN+)