It’s a great day to be a Bulldog. After a seven-game losing streak to Alabama dating back to 2007, Georgia has finally turned the Tide. And their 5-foot-11, once-junior college quarterback played hero. The 2022 CFP National Championship belongs to the Dawgs… 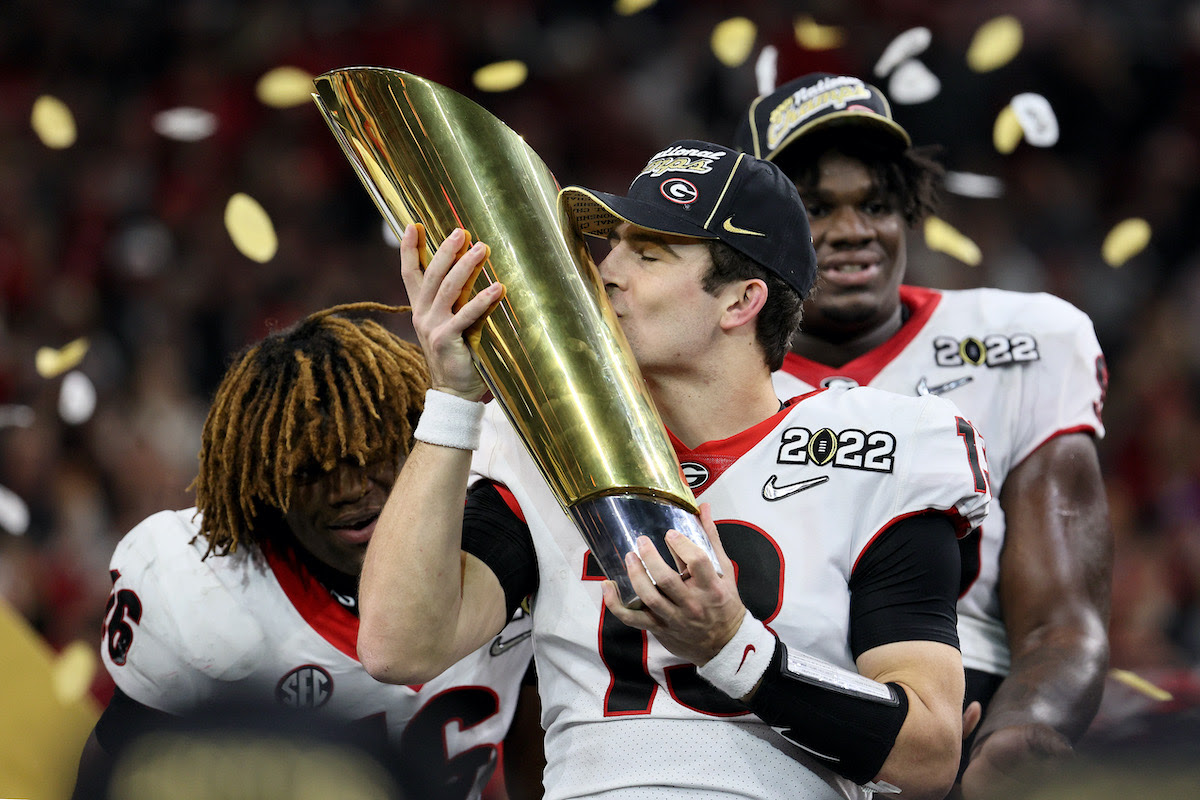 Underdog, thy name is Stetson Bennett IV! Georgia and Alabama played a nail-biter through three-plus quarters before the Bulldogs exploded for 20 unanswered in the final 10 minutes to win their first National Championship since 1980. The CFP title game in Indy was one for the record books, featuring five lead changes and nothing but field goals until late in the third quarter. But that’s where Bennett IV bounced back from a crucial mistake to lead the ‘Dawgs to glory.

The Georgia quarterback made a crucial error with a fumble on an attempted pass that was recovered by Alabama in the red zone. The Crimson Tide scored to take an 18-13 lead, but that would be Bennett’s last mistake. The undersized walk-on QB went 4-for-4 for 83 yards and 2 TDs in his final two drives to give Georgia a 26-18 advantage. On Alabama’s last life, a 79-yard pick-six from freshman CB Kelee Ringo sealed the celebration.

The victory for Georgia wasn’t just payback for their SEC Championship loss to Alabama 37 days prior (41-24), but for the 2018 CFP National Championship and each of head coach Kirby Smart’s four losses against his former mentor, Nick Saban. Georgia finished the season 14-1 with the only loss coming in the SEC title match.

Monday’s win marked the first college football title for Georgia since 1980 when Herschel Walker led the Bulldogs past Notre Dame. They also won the 1941 championship, making 2022 the third title in school history.

The Story of Stetson Bennett IV

A lifelong UGA fan, Stetson Bennett IV received just three minor college offers coming out of high school in southern Georgia. Instead, he chose UGA as a preferred walk-on and played junior college ball until earning a scholarship in 2019. Buried at the bottom of the depth chart, Bennett IV earned the starting job in 2021 and captained Georgia’s championship run. The Bulldogs were certainly known for their defense and run game, but in the 4th quarter of the National Championship against the Heisman Trophy winner, Alabama QB Bryce Young, it was Bennett IV who played hero.

*You can read more about Stetson Bennett IV in tomorrow’s Underdog feature.

That’s a wrap on the college football season. Congratulations to the Georgia Bulldogs, your 2022 College Football Playoff National Champions! 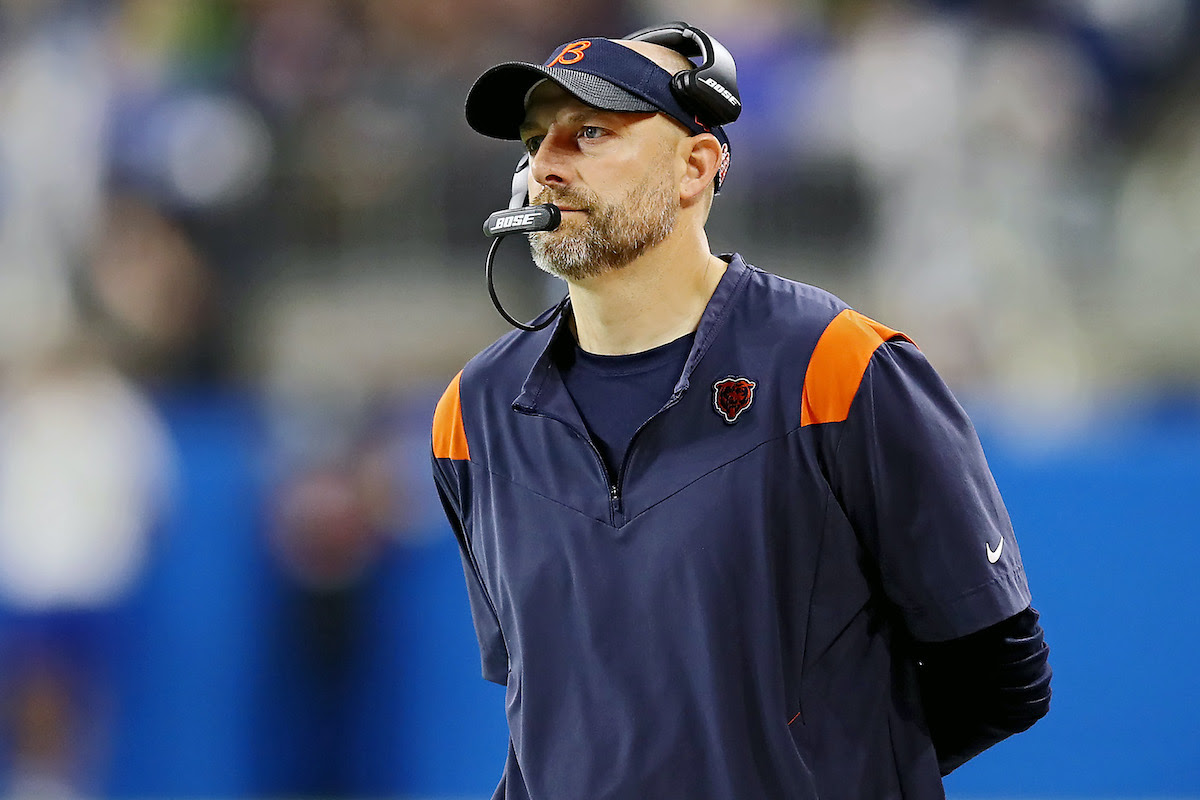 Black Monday strikes three… After two midseason firings and another on Sunday, three more coaches have been burned off the hot seat on Black Monday. One was a massive surprise. Both Matt Nagy (Bears) and Mike Zimmer (Vikings) were let go on Monday in the NFC North, but Brian Flores (Dolphins) was fired by Miami after two winning seasons in three years at the helm. Here’s an updated look at all the head coaching vacancies now open in the NFL:

Giants head coach Joe Judge is expected to keep his job while New York’s GM Dave Gettleman retired Monday. The only other team to watch is the Seahawks, who could still move on from Pete Carroll after a 7-10 season, although unlikely. 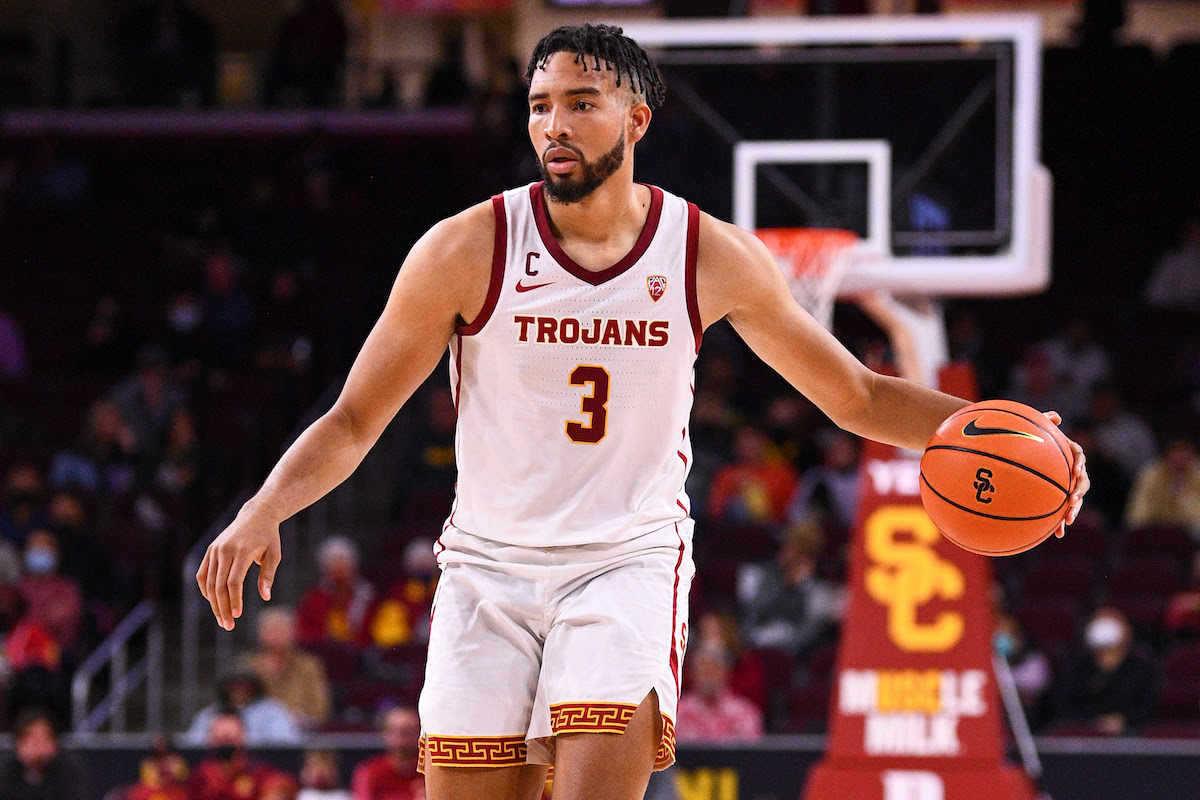 The latest rendition of the AP Top-25 featured a massive shake in the Top-10 of the men’s game. Recent losses by Purdue, Duke and Kansas bumped them out of the Top-5 while USC (13-0) remains undefeated en route to its first Top-5 ranking since 1974. In the women’s game, an upset to No. 4 Arizona sent the Wildcats down the polls. Here’s the latest look at the top teams in men’s and women’s college hoops.

No matter how simple the playoff scenarios look on paper, things never play out that way on the field. And that’s why we love the NFL. Now that the postseason matchups are set, what will happen in the wild-card round? (FOX Sports)

Prior to the 2020 baseball season, the New York Yankees hired Rachel Balkovec as one of the first full-time hitting coaches in any big-league organization. This season, Balkovec will become the first female manager of a Class A minor league affiliate. (USA Today)