Yesterday brought a big rule change to the NFL and a slew of highlights, but our big focus was on reliving the greatest Cinderella story in March Madness history. Don’t miss today’s Underdog feature on Saint Peter’s head coach Shaheen Holloway at the bottom of today’s edition.

Overtime Overhaul: Everybody Gets 1 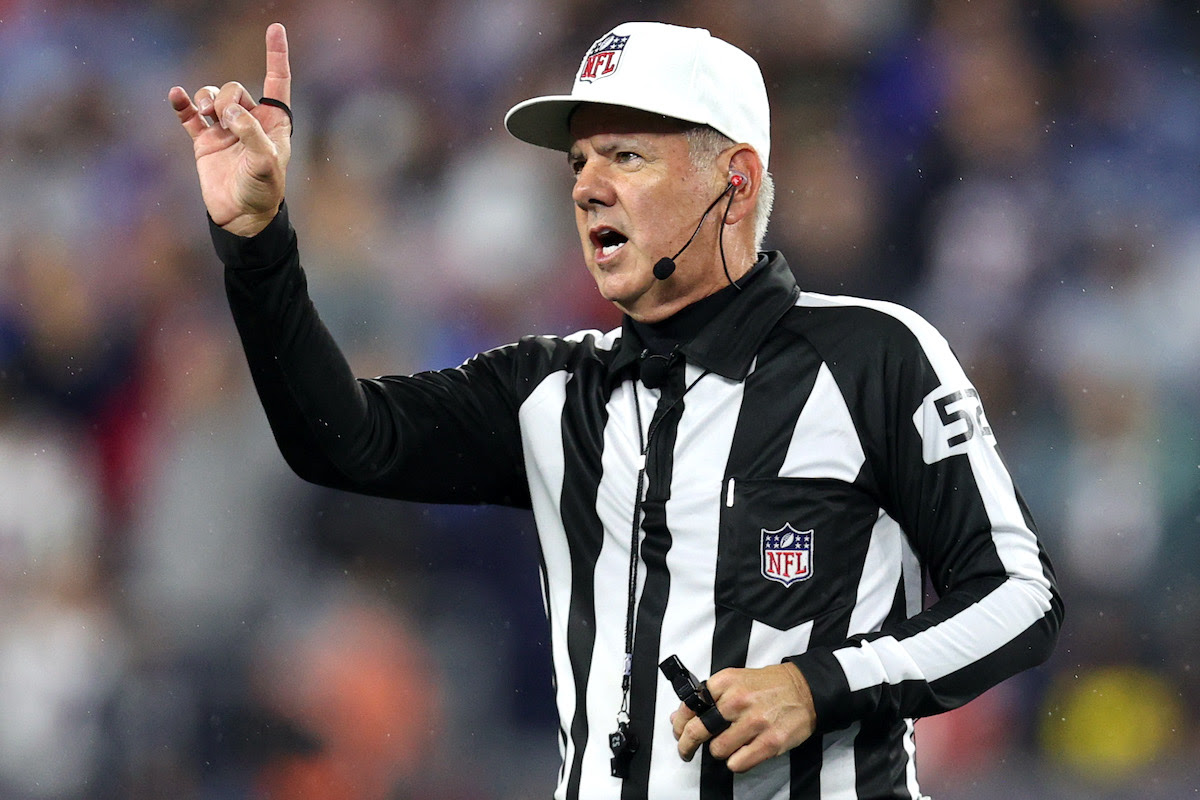 Everybody gets one! The NFL owners voted on Tuesday to implement a new caveat in the league’s overtime rules to allow both teams to possess the ball regardless of the coin toss, but the change will only occur in the playoffs. In last year’s AFC divisional round, the Chiefs beat the Bills by winning the coin toss and scoring a touchdown on the opening possession (8 plays, 75 yards), leaving Buffalo without a chance. The “first touchdown wins” rule came under fire once again as Bills fans saw their season wiped away by the flip of a coin.

The sudden-death system that’s stood since 2010 has seen seven of 12 overtime playoff games decided by an opening-drive touchdown. Ten of those 12 games were won by the team who won the coin toss. Now, both teams will be guaranteed at least one offensive possession, but only in the postseason. The regular season will operate under the usual system.

Editor’s Note: I think it’s foolish to have rules that apply only to the postseason and not stick to a uniform format year-round. But then again, no team wants their Super Bowl run to be cut short by a coin-flip.

CBS Sports: Three Teams Voted Against the NFL’s New Overtime Rule, Including One That Played in Super Bowl LVI 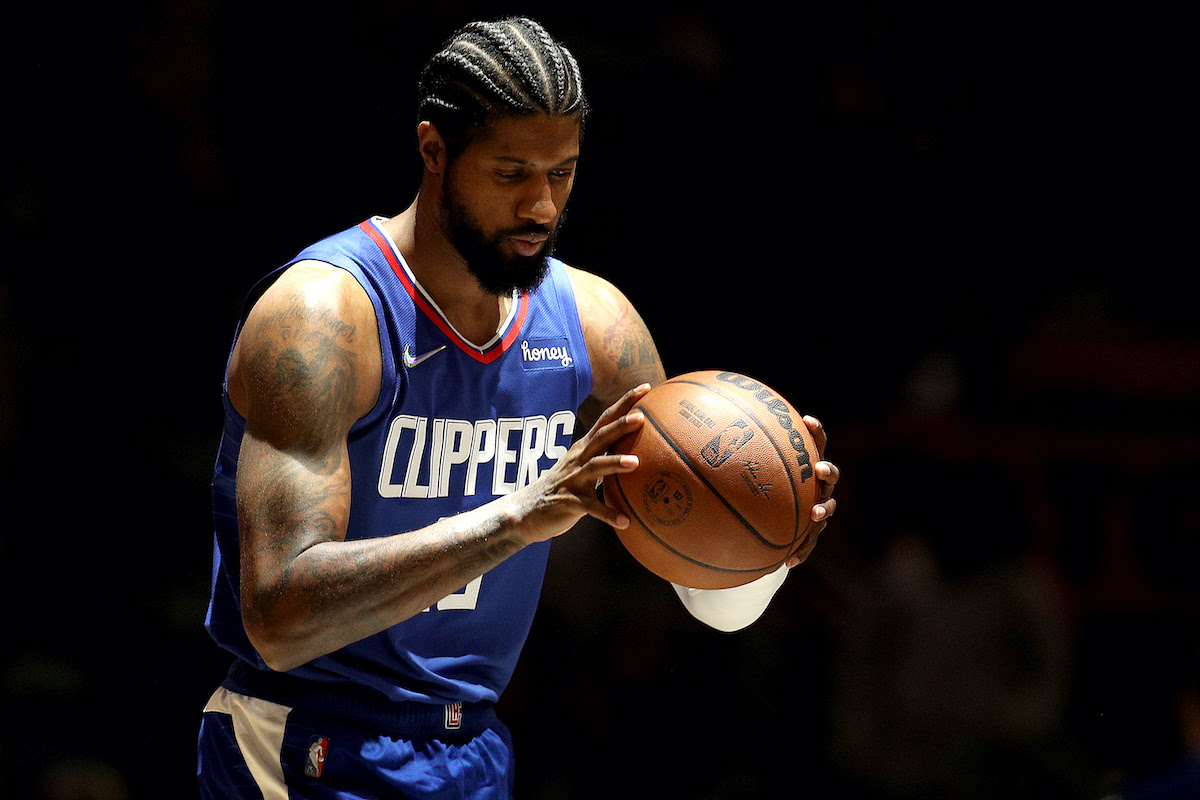 Welcome back, Paul George! The Clippers got back one of their injured stars on Tuesday, and he made an immediate impact. George (34 points) went 6-for-9 from 3-point range to spark a 25-point comeback against the Jazz (121-115). It was George’s first action since December after dealing with a right elbow injury. Los Angeles is still without Kawhi Leonard in what’s been a tumultuous season for their sidelined stars. Even so, they remain firmly in the NBA’s Western Conference play-in.

Durant Drills 41: Kevin Durant was the high-point man on Tuesday with a 41-point outing in the Nets’ win over the Pistons (130-123). Durant hit four triples with a stat line that also featured 11 boards, five assists, three blocks and a steal.

Giannis Gets 40-Piece: Giannis Antetounmpo (40-14-6) and the Bucks held off Joel Embiid (32 points) and the 76ers in an Eastern Conference battle (118-116). Giannis’ clutch block on Embiid in the final seconds sealed the win.

Luka Laughs Past LA: Luka Doncic (34-12-12) recorded his first triple double in almost two months as his Mavericks cruised past the Lakers (128-110). The Mavs have won four of their last five and seven of their last ten.

There are just two weeks remaining in the 2021-22 NBA regular season before the start of the playoffs, and only three teams have claimed postseason berths. Who will claim the top seed in the East? Will the Lakers miss the play-in entirely? (CBS Sports)

Does Anyone Want Baker Mayfield?

Baker Mayfield didn’t have a particularly good campaign last year for the Cleveland Browns, but everything that’s happened since has added up to an offseason of spectacular woe. It’s time here for a quick public service announcement. (FOX Sports)

After a 16-team field battled through the regionals, the Frozen Four is set for April 7 and 9 at TD Garden in Boston. Here’s a look at the schedule, storylines and players to watch as Michigan, Minnesota, Denver and Minnesota State head to Boston with title hopes. (ESPN)

Yesterday we asked: Who do you want to see win the men’s Final Four?

The team has spoken, and it’s clear. Everybody’s on the Blue Devils for Coach K’s final ‘One Shining Moment’. 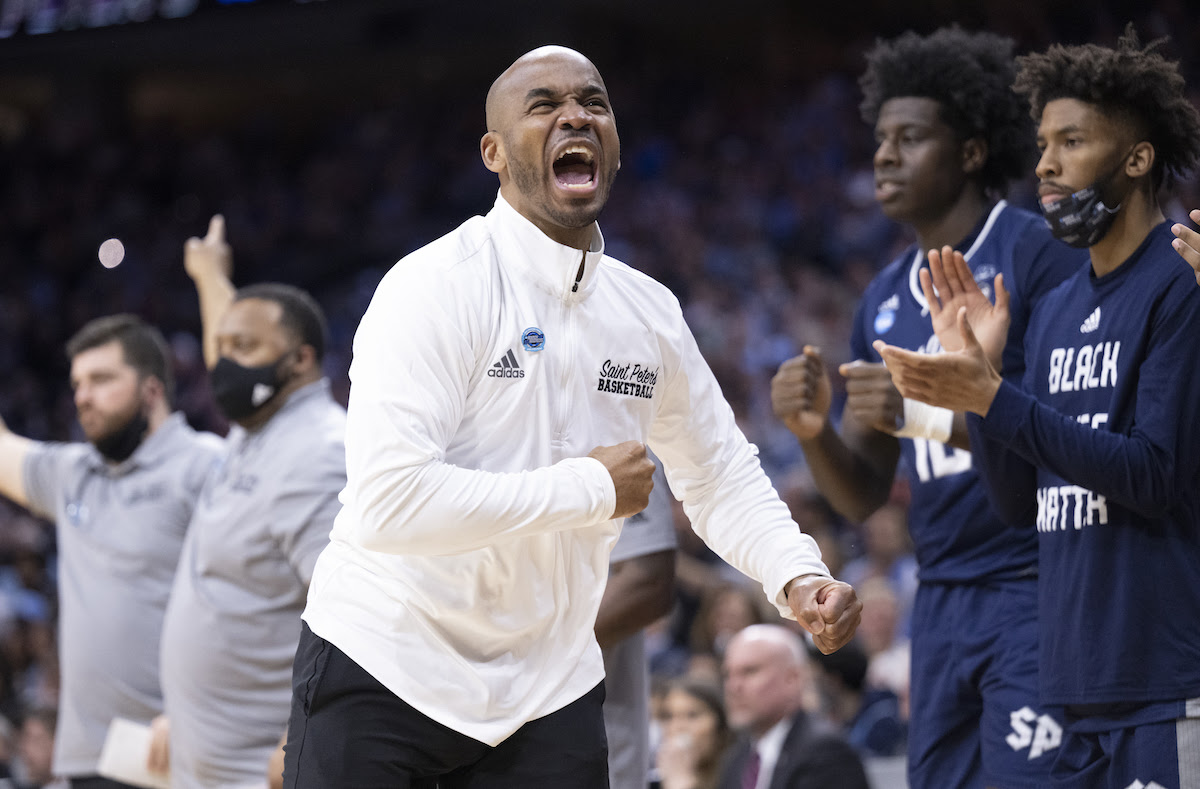 The Saint Peter’s Peacocks had no business doing what they did throughout the month of March, but that’s exactly what the madness is all about. No one could’ve predicted the historic run by the little-known MAAC school. Led by a fearless coach, the Peacocks did the unthinkable.

Saint Peter’s had reached the NCAA Tournament just three times in program history. Prior to this month’s tourney, they were 0-3 in those three appearances. But head coach Shaheen Holloway is built different.

The Peacocks didn’t even win the MAAC regular-season title. That honor belonged to Iona where Rick Pitino is the head coach. Even so, SPU finished second in conference play with a regular-season record of 16-12 — hardly an eye-popping win-loss number for a mid-major whose tournament hopes relied on an automatic bid. But that’s exactly what happened.

The Peacocks reeled off four straight wins to end the regular season and pick up steam. And March is all about one thing: streaky guards. SPU rolled into the MAAC tournament with three wins to extend that streak to seven straight and claim a spot in the NCAA Tournament. It was Saint Peter’s first trip to the Big Dance since 2011. And their head coach had something to prove.

If the spirit of March is personified in fearless guards, Shaheen Holloway is the face. The gritty toughness of a New Jersey guard who prides himself on defense, Holloway was the perfect man for the greatest Cinderella story ever told.

Holloway was born in Queens before moving to Jersey, and he embodies the underdog. He stands just 5-foot-10 and speaks softly, but his composure rivals that of a coach who has been doing it for decades. Holloway took over Saint Peter’s in 2018, and the Peacocks went 10-22. He led them to winning seasons in each of the last two seasons before another seemingly mediocre campaign in 2021-22. But anything can happen in March.

Holloway’s roster — consisting of zero ranked recruits — bowled into the tournament riding that seven-game win streak and feeling the underdog mentality. Then they reeled off the deepest NCAA Tournament run a 15-seed had ever seen.

A first-round stunner against Kentucky was the upset of the opening round. Two days later, they ended Murray State’s nation-leading 21-game win streak. And in the Sweet 16, the David vs. Goliath storyline was on display as the Peacocks shuttered Purdue and 7-foot-4 Zach Edey.

Cinderella’s night at the ball had to end sometime. North Carolina signaled the last call in the Elite Eight, but not before a little-known coach from an unknown school slayed giants and took the tournament by storm. Their guards — Doug Edert, Daryl Banks III — and a front line of athletic forwards made the world take notice as they embodied the spirit of their underdog head coach.

“It’s a story within a story. I’m super proud of these guys. They came in and made history. Point blank, period. No one has done it.” — Shaheen Holloway

Sports fans love the underdog story, and Shaheen Holloway just wrote one of the greatest ever.

Expect to see him on the bench at a more prominent Division I program next season.