Are you still breathing? I’m having a sports heart attack this week. NFL free agency is open, the PGA Tour crowned a champion, the MLB rumor mill is swirling and last night was wild in the NBA. Did I mention the NCAA Tournament begins tonight?

Join The Sportsletter Bracket Pool and make your picks before games start on Thursday (12:15 pm ET) for a chance to compete against your fellow team members and win some great prizes!

Use your Unique Team ID to recruit more team members and give your friends and family a chance to join the action. When you share The Sportsletter with others, you’ll rack up points to earn additional rewards. 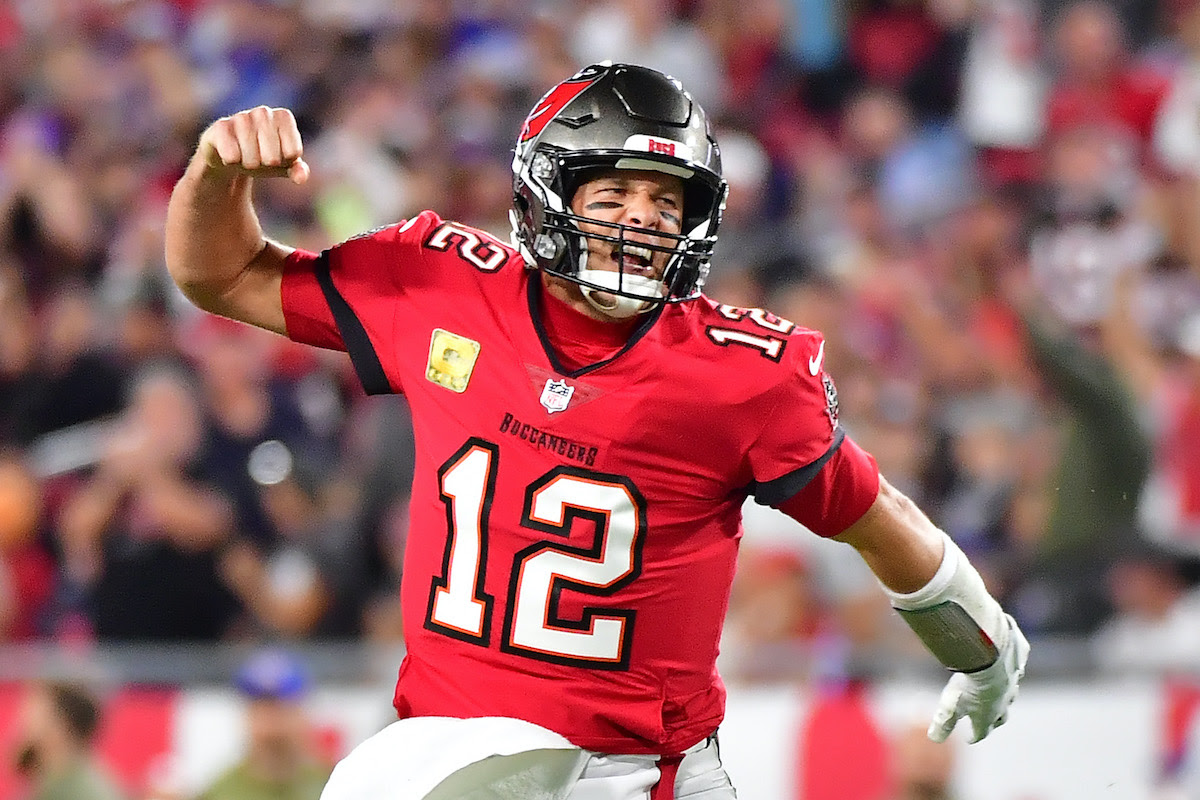 Welp, that didn’t take long. After the Tom Brady retirement circus shook the sports world two months ago — Did he retire, or not? — it turns out TB12 isn’t finished. The NFL legend needed just over 50 days away from the sport to realize he can’t walk away, at least not yet. Brady announced Sunday night that he’s returning to the Buccaneers for his 23rd season. He led the league in passing yards (5,316), touchdowns (43) and completions (485) last year before the Bucs fell two games short of the Super Bowl.

The announcement came on the eve of NFL free agency, which allows Tampa Bay to plan appropriately for the 2022 campaign. There’s no confirmation that it will be Brady’s official “farewell” season, but time will tell. Or it won’t. Time hasn’t really been able to thwart Tom like a normal athlete, so let’s run it back. 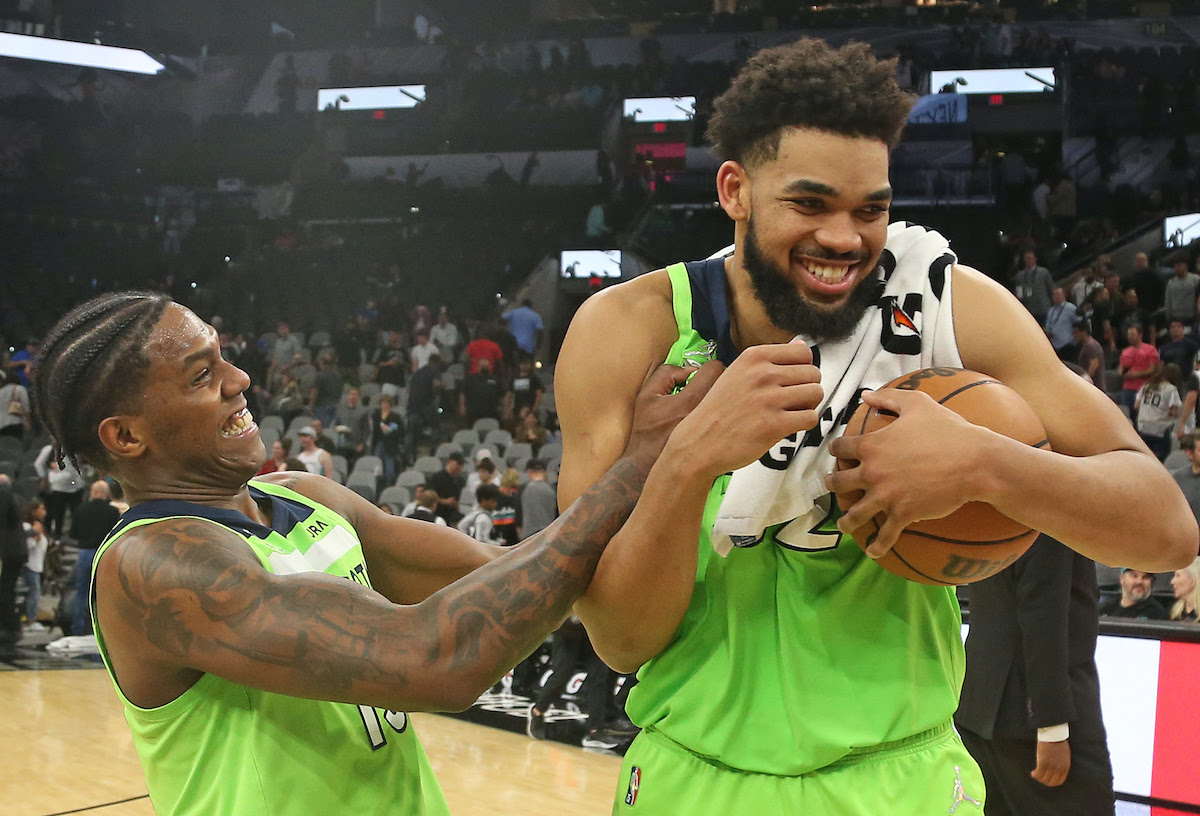 Have a night, Big KAT! Karl-Anthony Towns absolutely exploded for a 60-point outburst to lead the Timberwolves past the Spurs on Monday (149-139). He went 19-for-31 from the floor, including 7-for-11 from deep while adding 17 rebounds. KAT dropped 32 points in the third quarter alone, entering the fourth period with 56 points before coming on late to save the win and earn the 60-piece. It was the NBA’s first 60-point game of the season, and it was also a Minnesota franchise record. Don’t look now, but the Timberwolves (40-30) are one game back jumping into the postseason and avoiding the West play-in.

Center of Attention: Towns’ epic night put him in elite company with Shaquille O’Neal and Wilt Chamberlain as the only centers in league history to record a 60-point, 15-rebound game.

Curry Buries B-Day 47: Steph Curry was the second high-scorer on Monday with a 47-point performance thanks to seven 3s on his 34th birthday. He also added six assists and six boards in the Warriors’ win over the Wizards (126-112).

Young Fires Up 46: Trae Young officially owns the Trailblazers. Young went for 46-12-6 in the Hawks’ win over Portland (122-113). He poured in 56 points against the Blazers earlier this season, and he became the first player to average 50-plus against a single team in a season series. 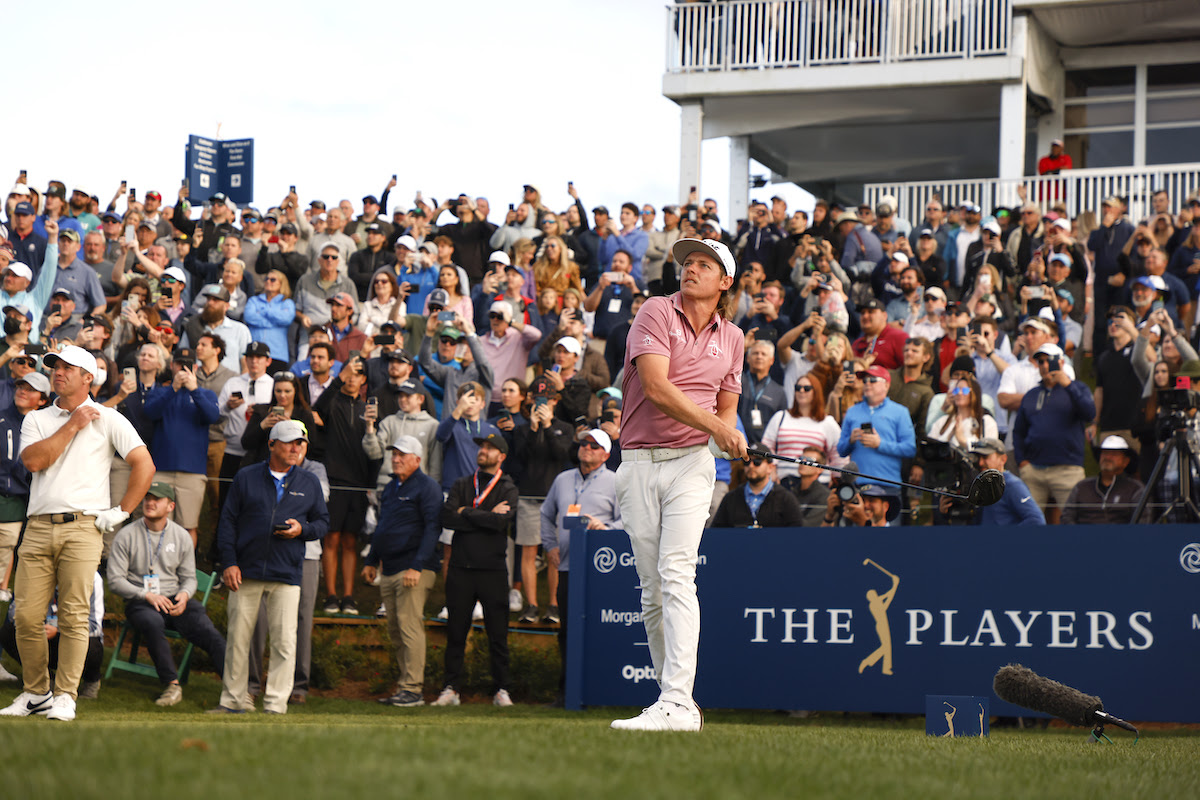 A rally for the record books! Australian Cameron Smith came from behind to storm the leaderboard and nab his fifth career PGA Tour win Monday at The Players Championship. Smith carded ten birdies for final-round for a 6-under (66) that vaulted him past the golfers who led for much of the weekend, including Anirban Lahiri (-12). Smith defied the odds at a course that wasn’t expected to suit his game, and he still overcame a stretch of three straight bogeys on Monday. He hit less than half of his fairways over the tournament, yet he came out on top. His early success in 2022 has moved him to No. 2 in the FedEx Cup standings and sixth overall in the World Golf Rankings.

Arizona won’t be making the NHL postseason, but the Coyotes have won five of their last six after Monday’s 5-3 win over the Senators. Lawson Course lit the three times for his first career hat trick, and the Western Conference bottom-dwellers have something to cheer about.

The BNP Paribas Open at Indian Wells heads into Week 2 with upsets wrecking the bracket, and none were bigger than Gael Monfils’ takedown of No. 1 Daniil Medvedev on Monday (4-6, 6-3, 6-1). The tourney continues all week long.

Now that the 2022 men’s NCAA tournament bracket has been revealed, it’s time to start trying to identify this year’s Cinderella teams that could be the difference between winning and losing your pool. (Bleacher Report)

It happens every year. Selection Sunday comes and goes, and suddenly, the pressure is on to pick your March Madness bracket. You agonize over which first-round upsets to pick. Will it be New Mexico State over UConn, UAB over Houston or Chattanooga over Illinois? (USA Today)

5 Lessons to Guide Your NCAA Bets

Every team that will play in the 68-team field was on stage last week in conference tournament play, and there are five key lessons from those games to take away before making NCAA tournament bets. (Yahoo! Sports)