Fans at Comerica Park came to see history on Thursday, but those dastardly Yankees had other plans. The wait for Miggy’s milestone moment continues… 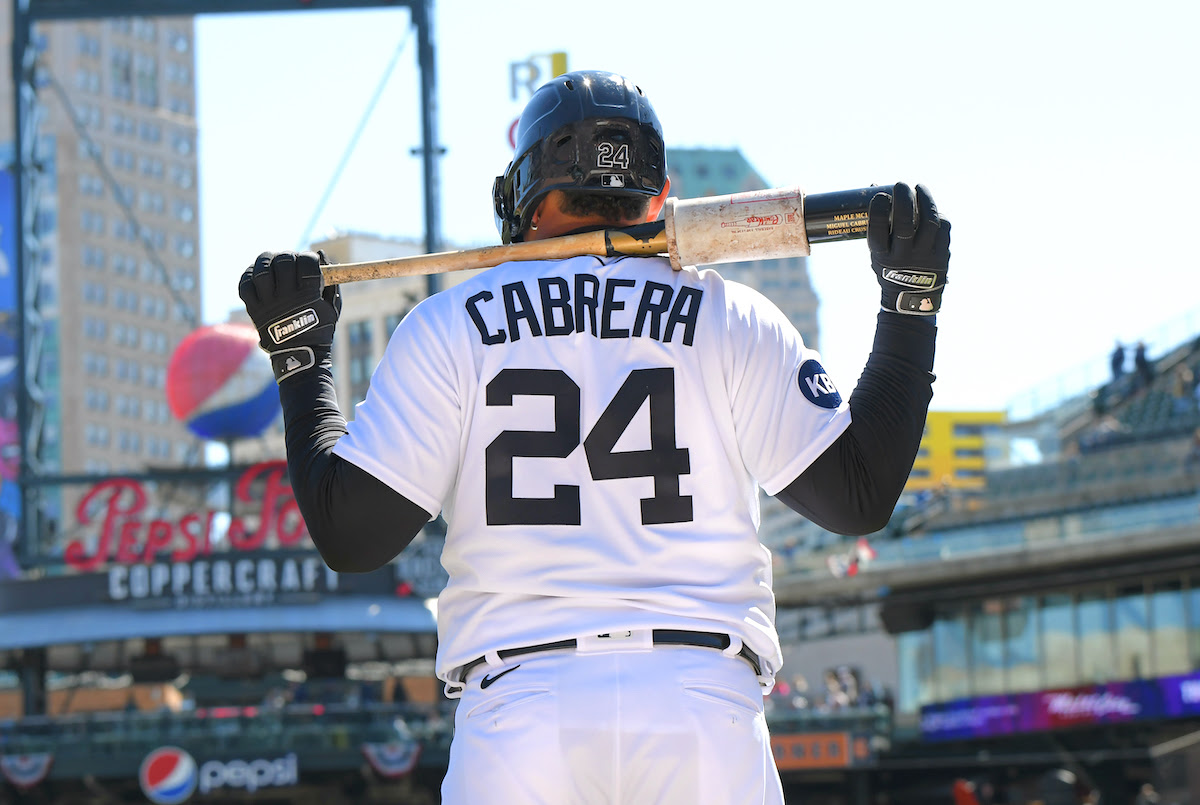 Miggy’s milestone moment will have to wait a little longer. The Tigers’ slugger is sitting at 2,999 hits after 12 games this season, and Thursday’s game with the Yankees saw him go 0-for-3 before New York intentionally walked him in his final at-bat. The Tigers won the game (3-0), but the fans who hoped to witness history rained down boos on the Yankees. Lucky for Detroit, the Tigers have a three-game home stand this weekend with the Rockies. Miggy is batting .308 on the year, so expect him to make history and join the 3,000-hit club at Comerica Park sometime this weekend. 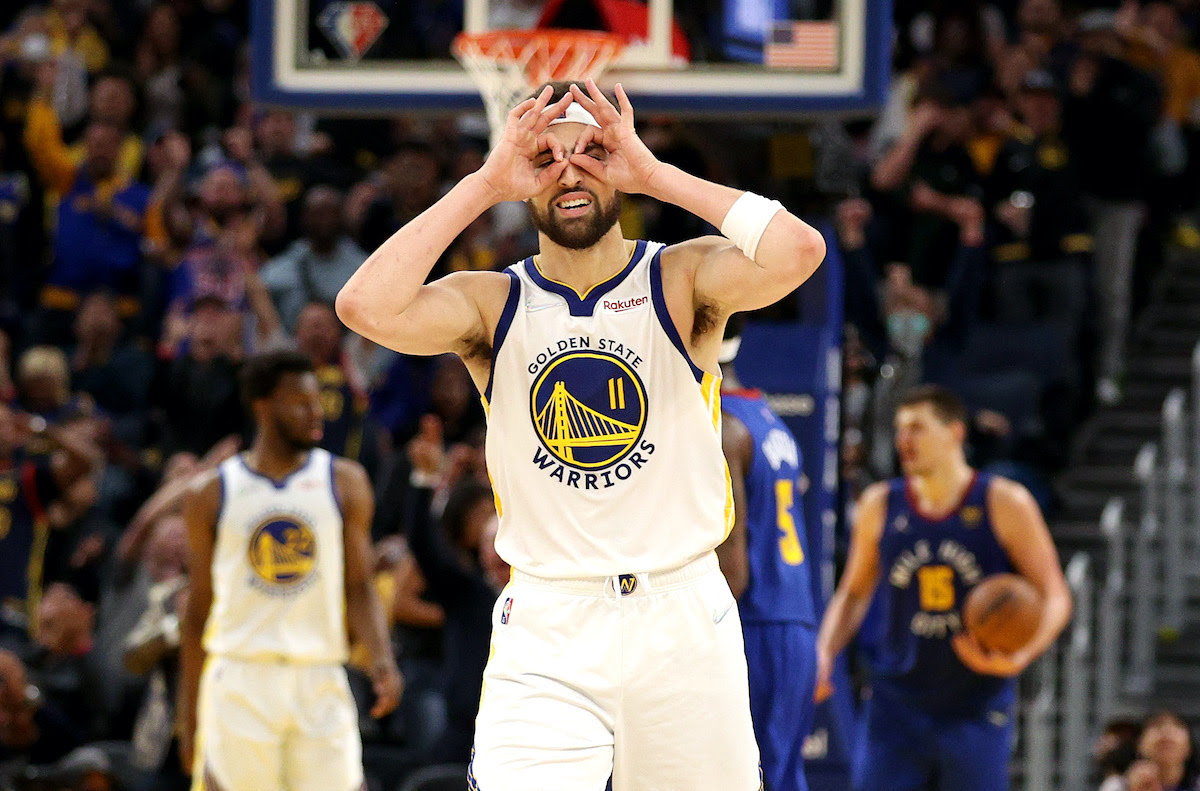 The Dubs are dripping! Despite a 37-point, 18-rebound game from Nuggets’ star Nikola Jokic, the Warriors rallied in the 4th quarter to steal Game 3 on Thursday night and take a 3-0 series. How’d they do it? The splash trio… Steph Curry (27) and Klay Thompson (26) combined for nine threes, but the story of the NBA Playoffs continues to be the emergence of Jordan Poole (27). Poole went 9-for-13, including 3-for-5 from deep, and he made plays at all the right moments to lift the Warriors in crunch time. Poole has now scored 30, 29 and 27 in his first three playoff appearances, and he’s no fluke. The Jordan Poole Underdog feature is inevitable, so stay tuned. Denver is on the doorstep of a first-round exit.

The biggest comeback of the postseason belonged to the Grizzlies on Thursday with a 26-point rally. Memphis outscored Minnesota by 25 in the 4th quarter (37-12). Ja Morant finished with a triple-double (16-10-10) and Desmond Bane caught fire with 26 points on seven 3s. MEM Leads Series (2-1)

Without Luka Doncic, the Dallas faithful thought the sky was falling after a Game 1 loss. Not the case, according to Jalen Brunson. Brunson (31 points) led the Doncic-less Mavs to a second straight win in Game 3. He’s averaging 32 points per game in the series, and Utah appears to be toast with Doncic’s possible to return in Game 4. DAL Leads Series (2-1)

ESPN: Grizzlies Surge From 26 Down to Score Dramatic Game 3 Win

Can Anyone Keep Pace With The Panthers? 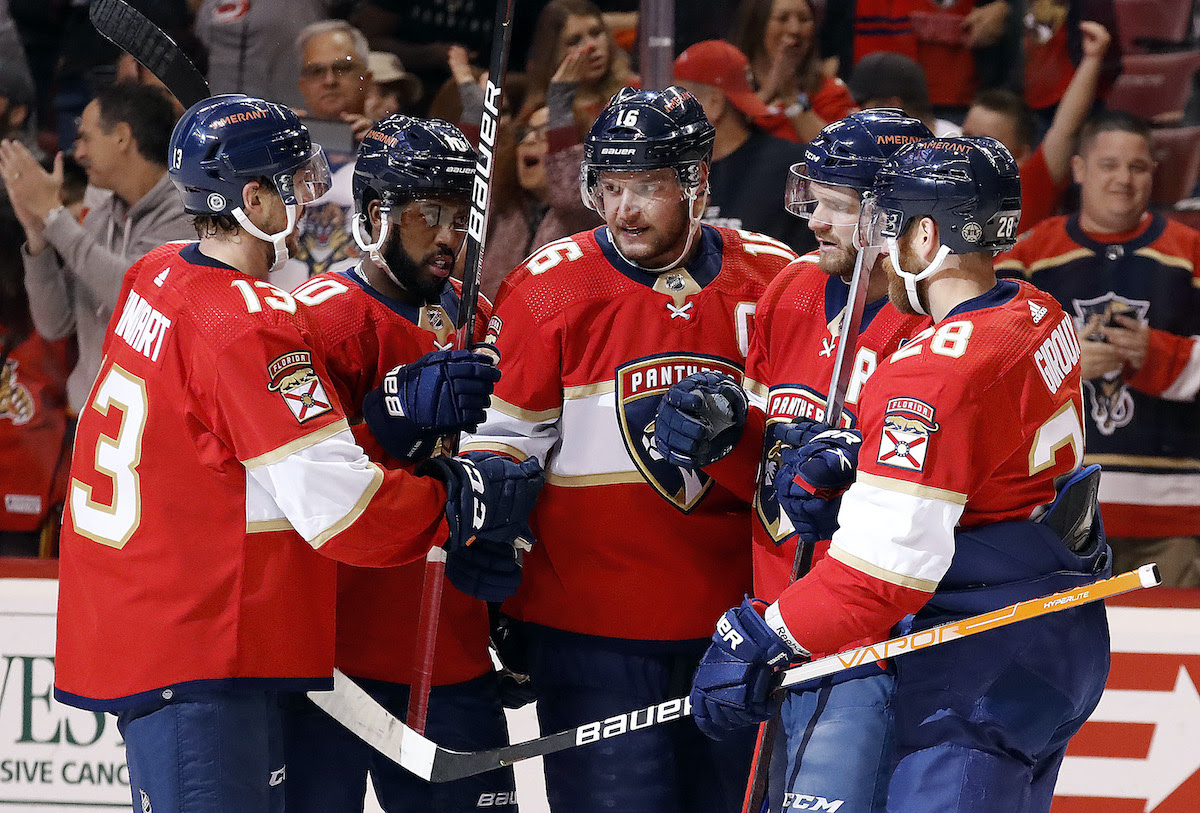 The hottest team in the NHL may never cool down. The Panthers pounced on the Red Wings Thursday (5-2) for their 12th consecutive win. Jonathan Huberdeau tallied two assists to bring his season point total to 113, tying Connor McDavid (Oilers) for the league lead. Florida secured the No. 1 seed in the Eastern Conference while jumping the Avalanche for the overall points lead with 118. They haven’t lost since March 27, and they’ve went 14-1 in the last 30 days.

Fun Fact: The 1992-93 Pittsburgh Penguins hold the record for the longest win streak in NHL history (17 games). With five games to play in the regular season, the Panthers can match that mark if they close out April with five straight.

DeSmith’s 52-Save Shutout: Casey DeSmith put a lid on the net in one of the all-time epic goaltender performances. The Penguins’ goal-protector recorded a 52-save shutout as Pittsburgh blanked Boston (4-0). Jake Guentzel had a hat trick to hit 40 goals on the year.