Eye of the Tiger

We turn the page from March Madness to The Masters, and there’s only one name in all the headlines. It’s hard to believe today’s top story is reality. But no one — and I mean no one — is complaining.

Tiger Watch: Back On The Prowl? 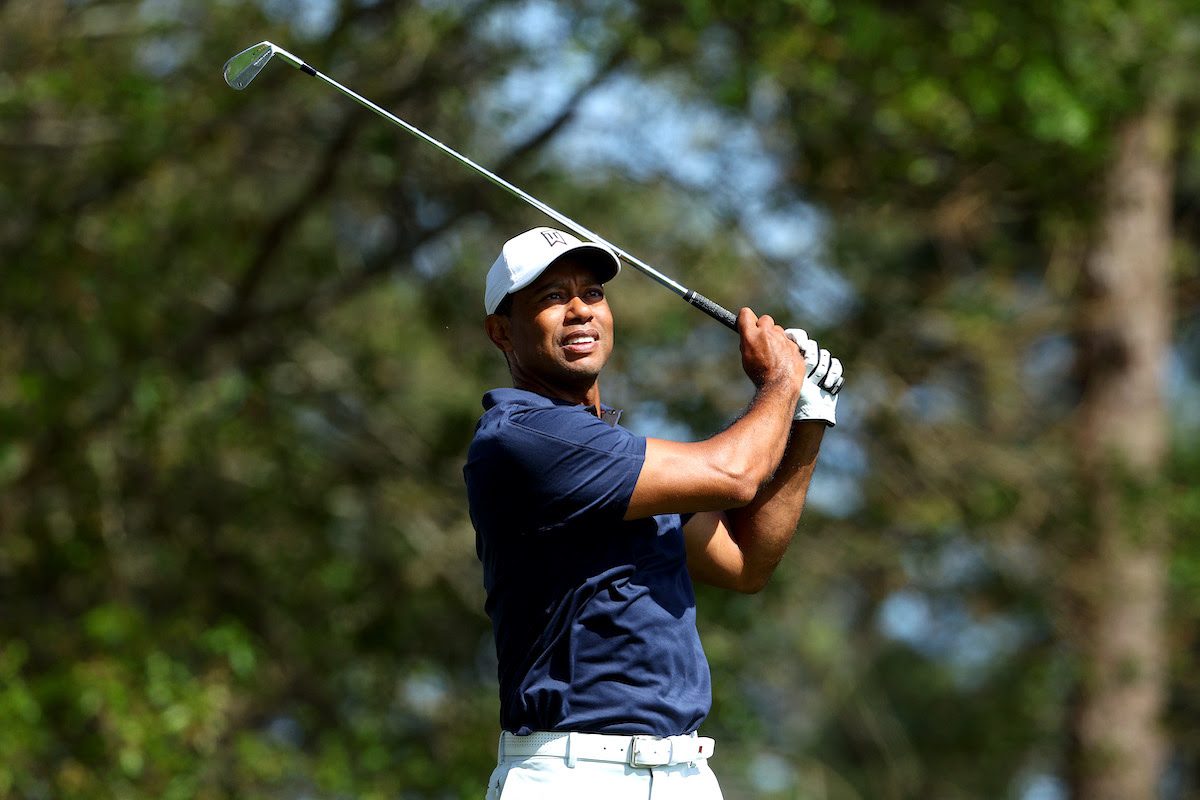 Against All Odds, Tiger Woods Says He’s Playing This Weekend at The Masters

Our focus shifts to A Tradition Unlike Any Other, and one man is the center of attention. Just 14 months after the horrific car accident that nearly cost Tiger Woods his leg — and his life — the five-time Masters champion is back at Augusta. Woods’ practice rounds on Monday and Tuesday were surrounded by patrons looking to catch a glimpse of golf’s iconic superhero, and Tuesday’s news confirmed what many had hoped: He plans to play.

It was February of 2021 when Woods crashed his SUV in Los Angeles, smashing into a median and rolling 30 yards off the road before hitting a tree. Fractures in his tibia and fibula led to a near amputation of his leg. But the 46-year-old — as he has countless times before — is making a comeback. From back fusions to knee surgeries and the scandals that brought golf’s greatest star through a roller-coaster career, he’s back at Augusta, and he thinks he can win.

“My team has been unbelievable… We’ve worked hard to get to this point, to get to this opportunity to walk the grounds, test it out, and see if I can do this. It’s been a tough, tough year and a lot of stuff that I had to deal with that I don’t wish on anyone, but here we are, Masters week…” —Tiger Woods

When asked if he thinks he can win The Masters this week, Woods responded simply, “I do.”

This year marks the 25th anniversary of Woods’ first green jacket (1997). Somehow, some way, he’ll take aim at No. 6 this week. The question isn’t whether or not he can swing — that’s been honed back in — but rather if he can make the walk for 72 holes through Augusta’s hilly terrain.

Woods will tee off on Thursday alongside Louis Oosthuizen and Joaquin Niemann (10:34 am ET).

SI: Just Getting to This Point is One of Tiger Woods’ Greatest Comebacks

CBS Sports: 2022 Masters Predictions: Ranking the Field From 1-91 At Augusta 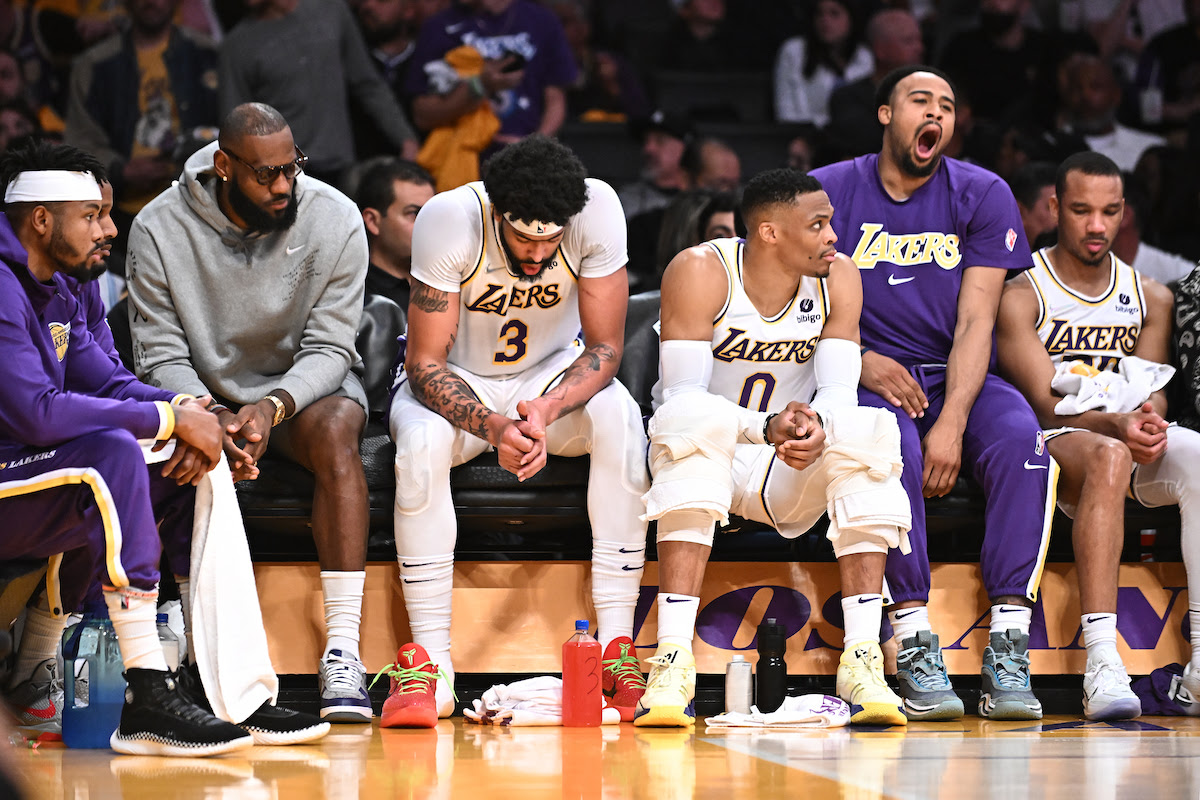 After acquiring Carmelo Anthony and Russell Westbrook last offseason to pair alongside LeBron James and Anthony Davis, the Los Angeles Lakers have officially been eliminated. L.A. entered the 2021-22 season with the second-best odds to win it all (+450), trailing only the Brooklyn Nets. Instead, the Lakers (31-48) won’t even make the play-in. Tuesday’s loss to the Suns (121-110) came after the team announced they were shelving LeBron for the remainder of the season. Davis has been dealing with a foot injury throughout the year. Westbrook has been a bust at 33 years old. And head coach Frank Vogel could be fired at any moment. With the Lakers loss and a Spurs win, San Antonio officially clinched the 10-seed in the West play-in.

Enjoy this Stephen A. Smith throwback from 2019: The Lakers Stink!

Phoenix’s Flip Side: With the win and three games to play, Phoenix (63-16) set the franchise mark for wins in a season as they close in on what could be a top-20 all-time season in league history (65 or more wins).

Embiid Overtakes Scoring Title: With a 45-point night in the 76ers’ win over the Pacers (131-122), Joel Embiid passed LeBron James for the league lead in scoring (30.4 ppg). He became the first Philly player to score 2,000 points in a season since Allen Iverson.

Heating Up The 3s: The Heat smashed the Hornets (144-115) thanks to a franchise-record 23 3-pointers on Tuesday night. Miami went 23-for-42 from deep, and Caleb Martin dropped a career-high 35 points off the bench.

Bulls’ Good News/Bad News: Chicago clinched a top-six playoff spot on Tuesday night despite a loss to the Bucks (127-106), but Lonzo Ball will be out for the postseason while he continues to deal with a knee injury. 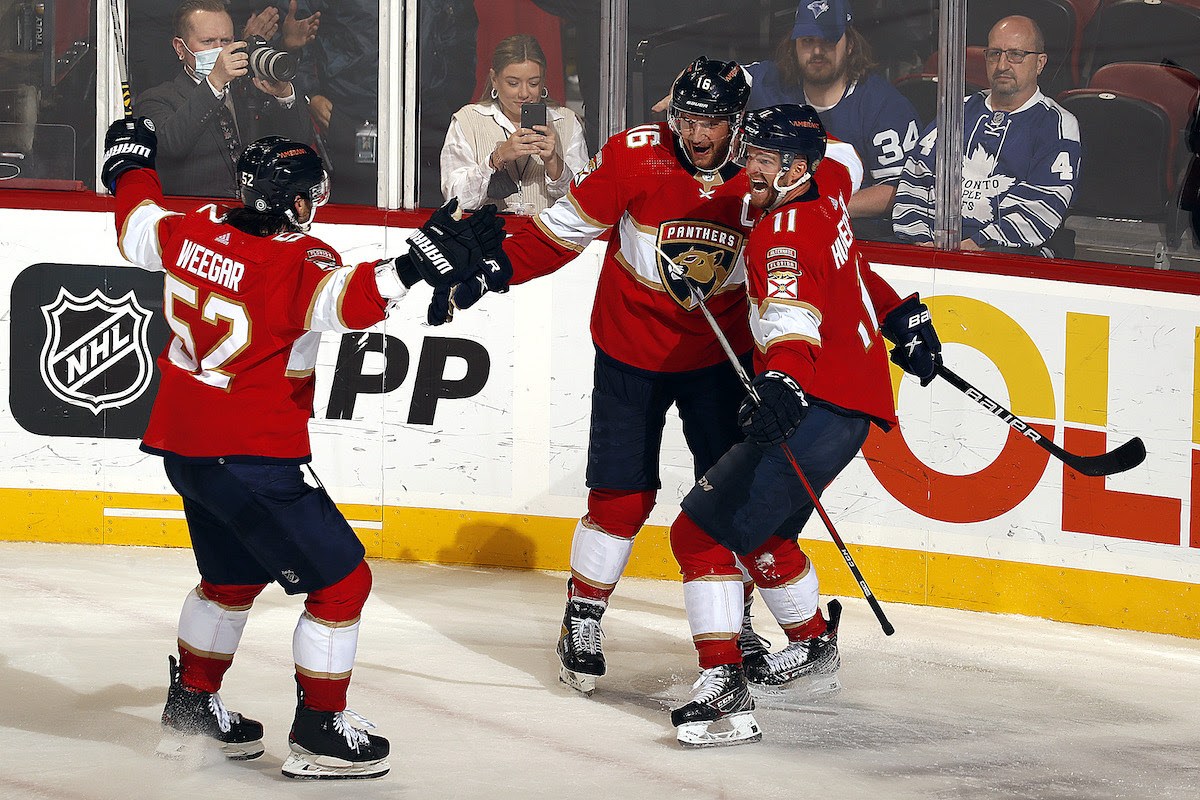 The Maple Leafs jumped out to a massive lead over the Panthers on Tuesday in what looked to be a streak-snapping loss for Florida. Auston Matthews — fresh off a hat trick — dished out three assists en route to a 5-1 advantage, but Florida has its eyes on the Presidents’ Trophy. The Panthers scored five unanswered to take a 6-5 lead on Jonathan Huberdeau’s go-ahead goal that doubled as his 100th point of the season. The Leafs responded with a late lamp-lighting from John Tavares to force overtime, but Huberdeau had another goal in the bag. The Panthers (104 points) stole their fifth consecutive win to keep pace with the Avalanche (106 points) for the Presidents’ Trophy.

Avalanche Clinch: Colorado took down Pittsburgh (4-2) to reach 50 wins and officially clinch a postseason berth. The Avs’ fourth straight victory keeps them ahead of the Panthers in the Presidents’ Trophy race (106 points).

McDavid’s Streak Hits 14: Connor McDavid scored the game-winner in overtime to lift the Oilers over the Sharks (2-1, OT) and extend his point streak to 14 games. The Oilers (87 points) are also winners of five straight. 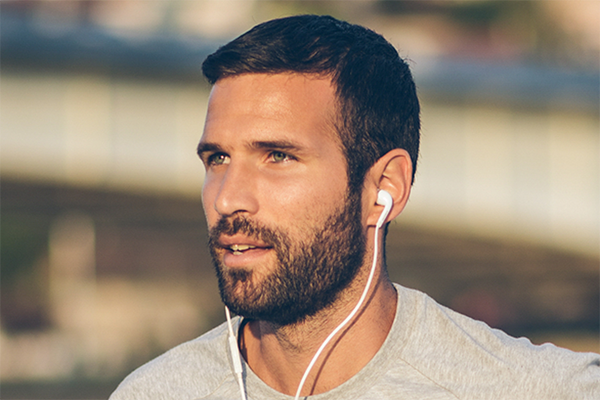 The App That Delivers Knowledge In A Flash

If you like The Sportsletter, we know you’ll love Blinkist. Just like our mission of delivering a world of sports news in an easily digestible format, Blinkist does the same for people who love to learn, curating key insights from books into 15-minute reads and listens.

Recommended by Apple, it’s the app that top thinkers use to learn more about the world around them, providing genuine value for those who love to learn. Thousands of knowledge hunters download the app every day, with more than 21 million people expanding their horizons.

Get Smarter With the Blinkist App

We’re three months away from draft night, but after a rollicking NCAA Tournament, hoops are still top of mind. I released my 2022 NBA Draft Big Board this past summer, and many of those names remain on top following standout seasons. (FOX Sports)

We’re seven months away from rosters being finalized. Players can get injured, players can play poorly, players can appear out of nowhere, managers can quit their jobs. Only a maniac would attempt to pick every game at the World Cup on April 5. (ESPN+)

Bold Predictions for the MLB Season

The 2022 Major League Baseball season is upon us. The owner’s lockout delayed Opening Day one week, but we’ll have 162 games and a brand new 12-team postseason format this year. Here are 22 bold predictions for the ’22 baseball season. (CBS Sports)