We’re underway in the NBA playoffs where young stars stole the show in Game 1s. From a thriller in Boston to emerging stars in Philly and Golden State, the postseason has arrived and nightly NBA drama is here to stay… 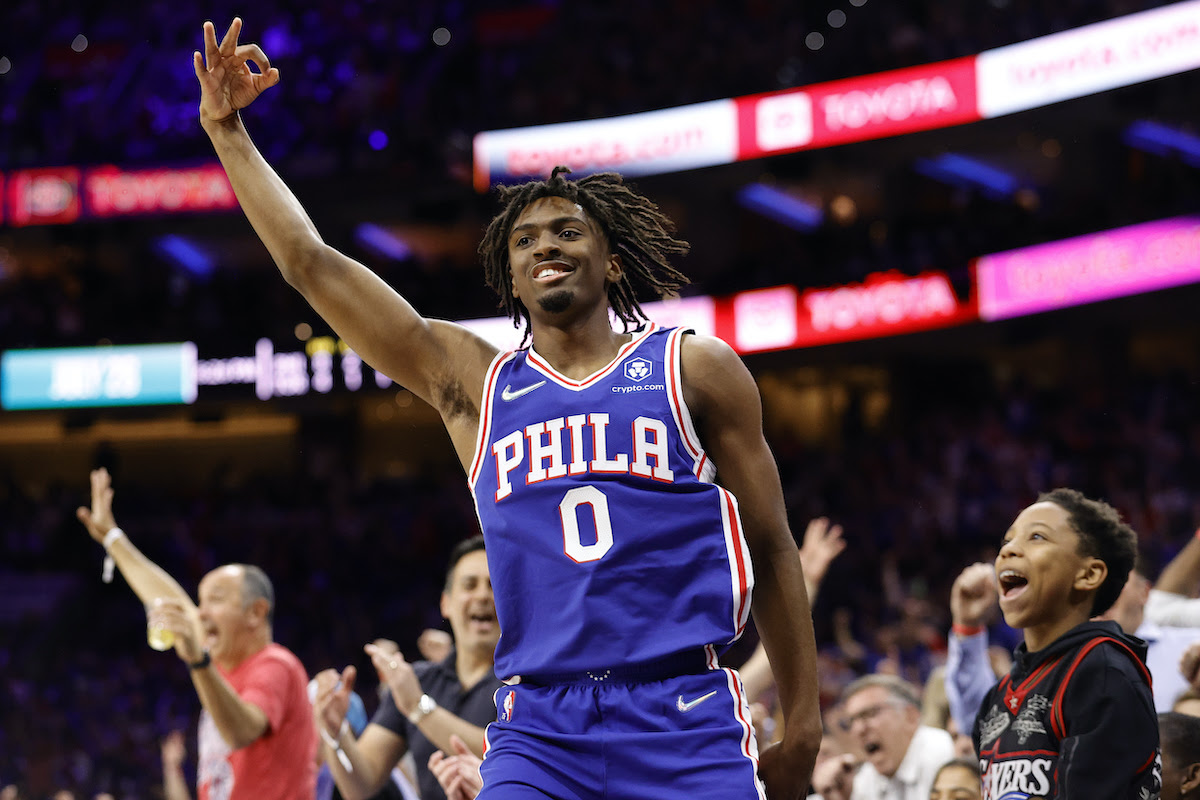 The opening weekend of the NBA Playoffs is in the books, and Game 1s had plenty of gamebreakers who balled out. Among them, three young bloods under the age of 22 shined the brightest. The Eastern Conference higher seeds all took Game 1, including the Celtics’ dramatic game-winning layup from Jayson Tatum. In the West, two upset bids by the lower-seeded Timberwolves and Jazz saw the away teams steal Game 1. It’s the beginning of a two-month NBA postseason marathon, and these three stars just made statements.

The Sixers know what they’re getting from Joel Embiid and James Harden, but the emergence of Tyrese Maxey could make Philly a true contender. Embiid (19 points, 15 rebounds) and Harden (22 points, 14 assists) played well, but Maxey exploded for 38 as Philly blasted Toronto in Game 1 (131-111).

Steph Curry (16 points) came off the bench due to an injury-plagued minutes restriction, and Klay Thompson (19 points) still cashed in five triples, but it was Jordan Poole who carried Golden State in Game 1. Poole went 5-for-7 from deep to tally his first-ever 30-point postseason game, and the Warriors outlasted the Nuggets (123-107). 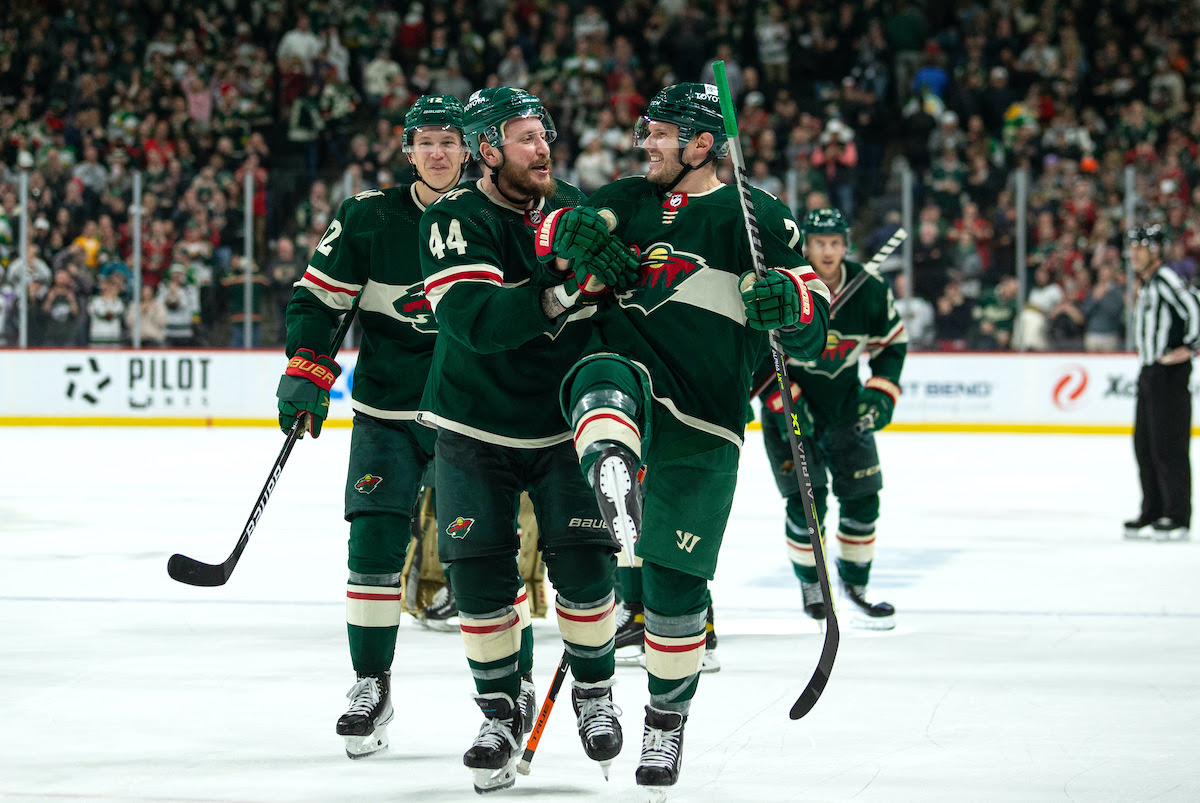 After another weekend of hockey action, the race for the Presidents’ Trophy is a dead heat and multiple teams added their names to the playoff picture. Both the Panthers (10) and Avalanche (9) are riding massive win streaks as we near the postseason, and they’re neck-and-neck for the top spot in the league. Meanwhile, the Wild and Capitals punched their playoff tickets on Sunday to bring the postseason clinch number to 12. The Eastern Conference is set, but four spots remain in the West — three of those in the Pacific Division. Here’s the latest from a full weekend in the NHL.

Blues Blast 7-Goal Period: The St. Louis Blues had five scorers tally seven goals in one period of a 8-3 win over the Predators on Sunday. The Blues’ win streak reached nine games as they clinched a playoff spot.

Caps Clinch Off Ice: Washington secured a playoff spot thanks to the Islanders’ loss on Sunday. It’s the Capitals eighth consecutive trip to the postseason.

Wild Earn Bid With Wild Finish: Minnesota used a 5-4 overtime victory on Sunday to oust the Sharks and punch their spot in the playoffs. Kevin Fiala had a goal and three assists before Jared Spurgeon netted the OT winner.

The Return of the USFL 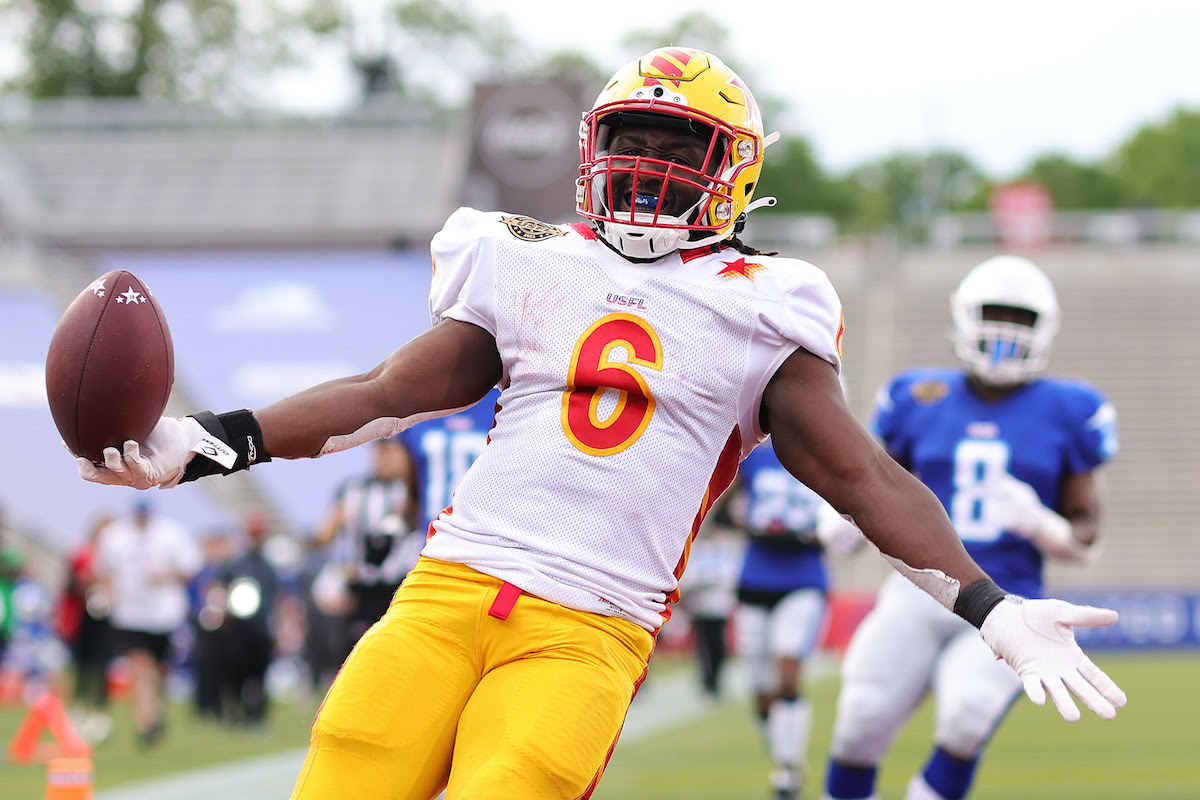 Takeaways From Week 1 of the USFL’s Much-Anticipated Return

Spring football has returned! After 37 years, the USFL is officially back. The league’s three-year run in the 1980s was short-lived, but could the revival of spring football be here to stay? Week 1 of the 10-week season featured three games decided by less than a touchdown, and a fourth game postponed to today due to weather. All three teams from the south beat their opponents from the north. It’s a new brand of football, and it’s here for (at least) the next three months.

Teams’s run-pass ratio was 55-45 in Week 1. By comparison, no NFL team had a run-pass ratio that was heavier in the run game in 2021. It could just be that teams were simplifying the playbook out of the gate, but the run game is strong. Notable quarterbacks didn’t look great as teams are still testing their starters and finding their footing.

2. Big Names, But Not Players

One of the biggest challenges with the USFL is, and will be, the lack of stars. Almost all of the notable names in football reside on an NFL roster. The coaches might be the most notable names on the field — Mike Riley (Generals), Skip Holtz (Stallions) and Kevin Sumlin (Gamblers) and former NFL coach Jeff Fisher (Panthers) among them.

The initial ratings saw nearly 3 million viewers with a solid broadcast that featured unique sky-cam views and the chaotic helmet-cam that took fans right into the action. For reference, Week 1 of the XFL in 2020 saw roughly the same viewership. But hey, it’s spring football. Let’s embrace it.

Nestor Cortes took baseball’s top moment of the weekend with the first immaculate inning of the 2022 season on Sunday. Cortes fanned 12 batters in five innings against the Orioles, including three straight on nine pitches in the 4th.

Jordan Spieth (-13) came from behind to push Patrick Cantlay (-13) into a playoff on Sunday before winning the RBC Heritage for his 13th career PGA Tour victory. Spieth fired two eagles in his final round before a birdie on 18 to force a playoff.

Among the weekend highlights in the MLS, New York City FC’s Valentin Castellanos made history with a four-goal outburst in Sunday’s 6-0 win over Real Salt Lake. In just 80 minutes, Castellanos went from goalless to one off the league lead.

Kyle Busch came from third to steal the victory in the final lap Sunday at the Bristol Dirt Race. With Tyler Reddick and Chase Briscoe battling down the stretch, both drivers collided to pave the way for Busch’s 60th career win.

The 2022 NFL Draft is just two weeks away, and questions abound in league circles. With the uncertainty surrounding prospects, NFL investigators are like detectives trying to solve a mystery. (NFL)

We’re officially less than two weeks away from the final day of the 2021-22 NHL regular season, and while every day removes some of the mystery about the playoff field, it also serves to clarify which clubs are the true Stanley Cup contenders. (ESPN)

1 Thing to Watch in Every 1st-Round Series

After 175 days of regular-season NBA basketball and several more play-in games, the 2021-22 postseason is upon us. These are story lines, matchups, and players to watch ahead of opening week for the 2022 NBA postseason. (The Ringer)