Last night brought the biggest shot of the NBA playoffs, and it came from the hands of the likely MVP. We’re also one week away from the NFL Draft, and one of the biggest coaches in college basketball abruptly retired. All that and more in today’s edition.

Embiid On The Spot 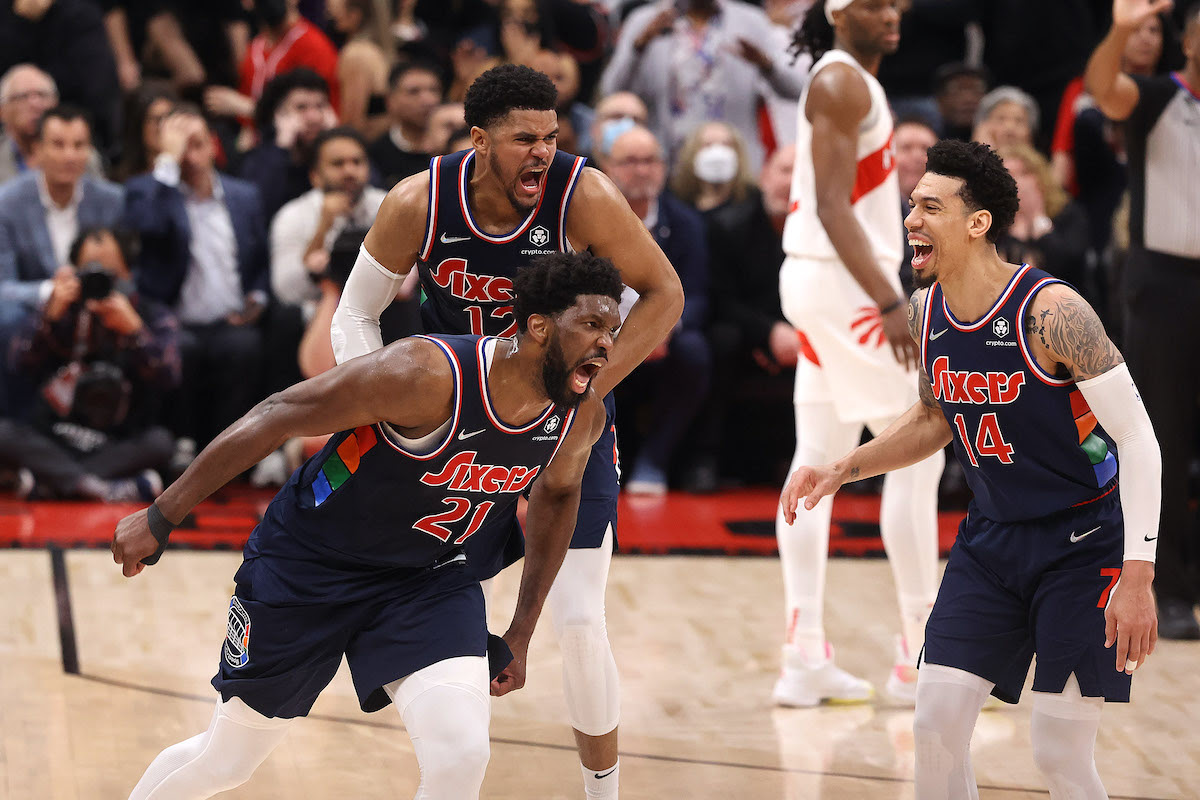 Jojo steals the show! Wednesday’s trio of NBA games all went down to the wire, but Joel Embiid powered the 76ers to a 3-0 series lead with a Game 3 stunner in Toronto. The Sixers came from behind to force overtime before the shot of the playoffs. After calling a timeout with 2.9 seconds left tied in overtime (101-101), Philly inbounded the ball to Embiid for a fadeaway 3. The game-winner gave Embiid 33 points (13 rebounds) on the night and erased the haunting memories of Philly’s Game 7 loss in Toronto back in 2019. This time, it’s Philly on the brink of a first-round sweep.

There’s only one Eastern Conference series tied after two games, and DeMar DeRozan is the reason. The Bulls got one back on the Bucks Wednesday thanks to DeRozan’s 41-point takeover. Chicago did most of their damage in a second-quarter blitz. Milwaukee lost its second leading scorer in Khris Middleton to a sprained MCL, and his status for Game 3 is uncertain. The Bulls now have the advantage as the series swings back to Chicago. Series Tied (1-1)

The Brooklyn Nets took a 10-point lead into halftime, but their star duo of Kyrie Irving (10 points) and Kevin Durant (27) went just 1-for-17 in the second half. The Celtics rallied behind a balance scoring attack that saw seven players in double figures. Boston’s defensive game plan to shut down Irving paid dividends, and the series heads back to Brooklyn with the Nets under fire. BOS Leads Series (2-0) 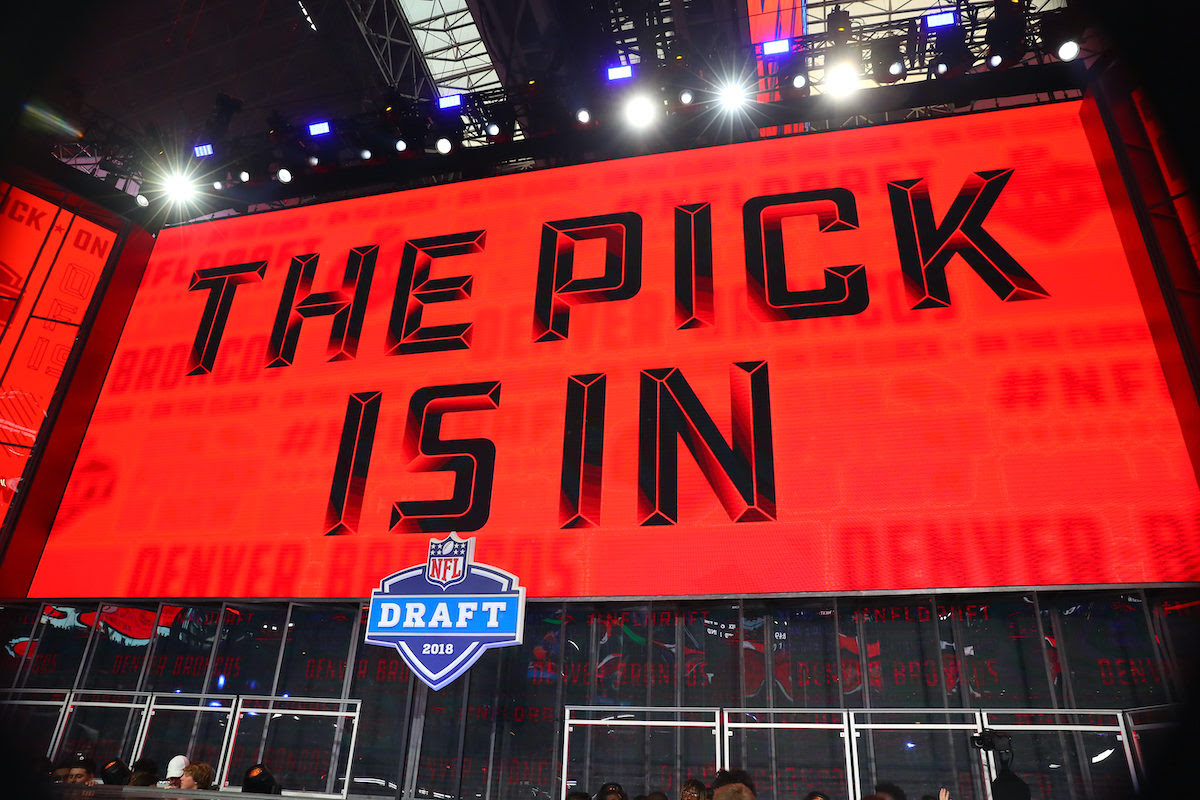 The Sportsletter’s NFL Mock Draft: 1 Week Ahead of the 2022 NFL Draft

The countdown to the 2022 NFL Draft hits seven days, and The Sportsletter team has some thoughts. This year’s class is rich in receiver talent and scarce at quarterback. The last four drafts have seen a quarterback taken No. 1 overall, but that’s unlikely in 2022. Our team sees only one quarterback in the top-10 before a run of receivers in the teens and 20s. Draft boards will change in the next week, but here’s a peek at our board after looking at dozens of NFL mock drafts. 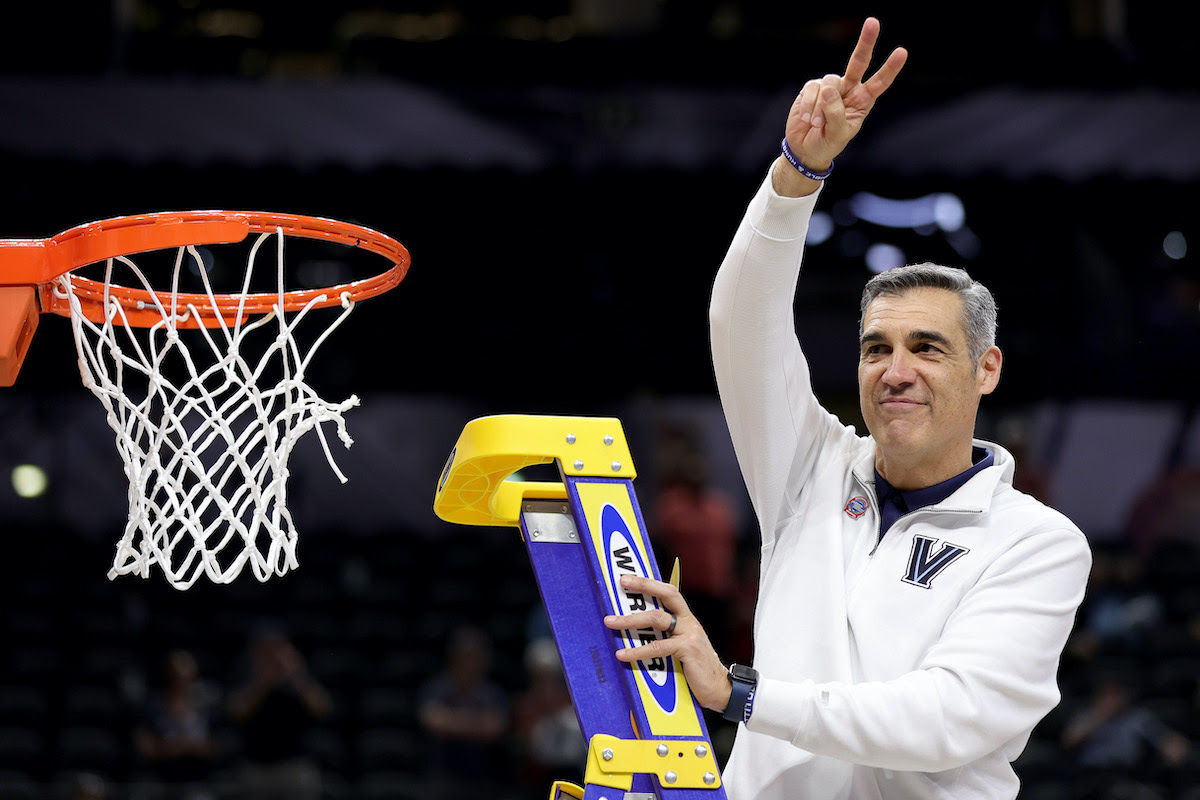 Wednesday’s bombshell announcement out of college basketball took many by surprise when Hall of Fame Villanova head coach Jay Wright abruptly called it a career. Wright coached the Wildcats for 21 seasons, amassing 642 wins, four Final Fours and two titles. The 60-year-old coach was inducted into the Naismith Basketball Hall of Fame in 2021. He’ll be replaced by Fordham coach and former Villanova assistant, Kyle Neptune. Neptune spent 10 seasons under Wright.

“Over the past 21 seasons, I have had the opportunity to live out a professional dream as the head coach at Villanova… We cannot overstate our gratitude to the players, coaches, and administrators who have been with us on this path. It has been an honor and a privilege to work at Villanova.” — Jay Wright

ESPN: What to Make of Jay Wright’s Shocking Retirement, And What’s Next for Villanova?

Alex Ovechkin scored twice in the Capitals’ win over the Golden Knights (4-3, OT) to record his 49th and 50th goals of the season. He joined elite company as the third player in NHL history to score 50 goals in a season for the ninth time (Wayne Gretzky & Mike Bossy).

Not only did Angels ace Shohei Ohtani strike out a career-high 12 batters in Wednesday’s win over the Astros (6-0), but he made more MLB history before taking the mound. Thanks to the Angels’ six-run first inning, Ohtani became the first pitcher in league history to bat twice before throwing a pitch.

Tigers’ star Miguel Cabrera hit three singles in Wednesday’s loss to the Yankees (5-3) to reach 2,999 career hits. His 8th inning at-bat brought the crowd to a hush, but history will have to wait another day. Detroit’s game today starts at 1:10 pm ET.

Russian and Belarusian tennis players will not be allowed to compete in Wimbledon, the third grand slam tournament of the year, this summer, the All England Club announced on Wednesday. That includes World No. 2 Daniil Medvedev. (Sports Illustrated)

Major shakeups are the lifeblood of each NBA offseason. The competitive landscape shifts over the summer, every summer, without fail. Here are eight teams that could look completely different next season. (Bleacher Report)

It looks like the 2022 NFL Draft is going to be a wild ride. A quarter of the league’s 32 teams own two first-round picks apiece. That sets up the possibility for plenty of wheeling and dealing as clubs move to grab their favorite prospects. (FOX Sports)