The NFL Draft is underway, and opening night saw trades galore. The pick-packaging palooza was one of the wildest games of “guess the pick” in draft history. Plenty of top talents are still on the board. Did your team get their guy? It’s the weekend edition hot off the press… 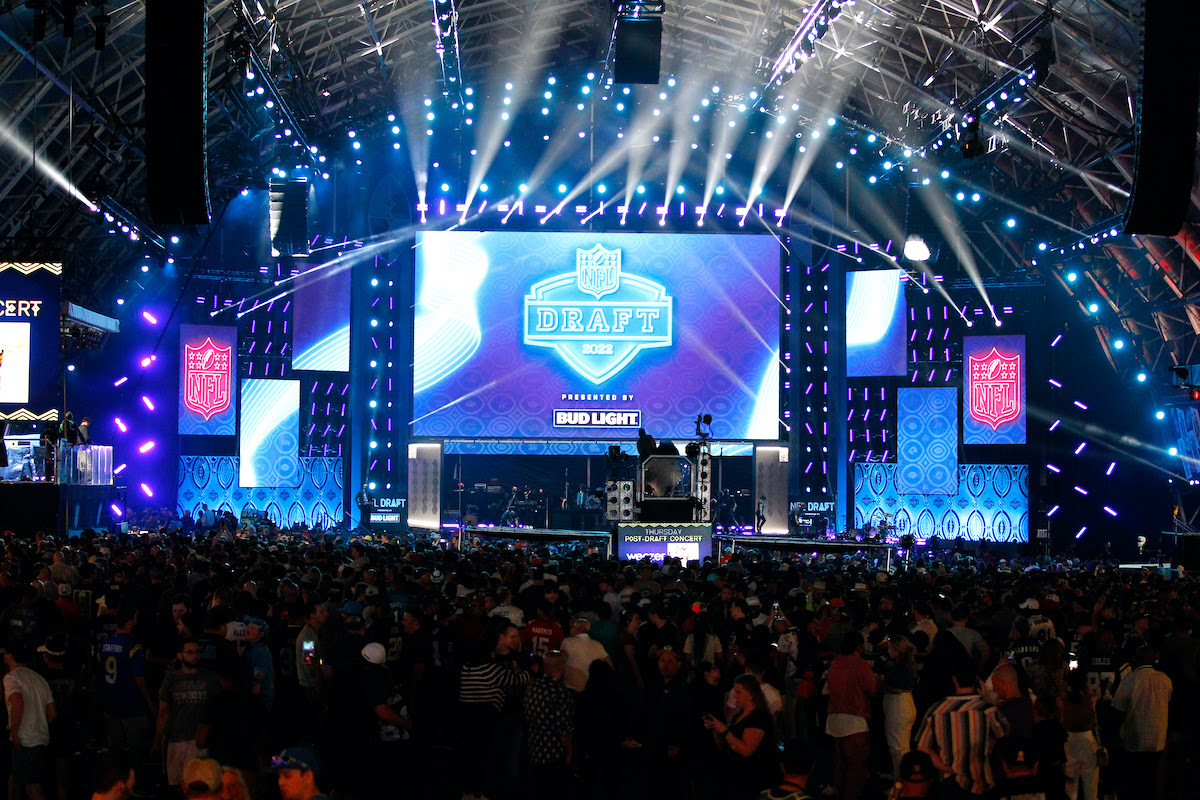 Well that was fun! Round 1 of the NFL Draft in Las Vegas had its fair share of big bets and potential busts. Eight teams held multiple first-round picks, and the wheeling and dealing of draft night was one of the most exciting in recent memory. Not only were there nine pick swaps in the 32 opening-night selections, but a historic lull of quarterbacks (1) and running backs (0). The Jaguars took Georgia DE Travon Walker with the top pick to kickstart the draft with consecutive defensive players in picks 1-5. Receivers were the headliners by night’s end, and a pair of receiver trades lit up the middle of the first round. Here’s what happened on Night 1 of 3.

The Receiver Run: The Falcons took Drake London (USC) with the 8th pick that ignited a run of receivers at 10-11-12, including both Ohio State targets back-to-back. Six receivers were taken in the top-20 for the first time in the common draft era.

Quiet in the Backfield: The most important position in sports was a black hole in the 2022 draft class, and that was apparent with just one QB — Kenny Pickett (No. 20, Pittsburgh) — selected in the Round 1. It’s the first time since 1997 that no quarterbacks were taken in the first 19 picks. There were also no running backs selected in the first round.

1st-Round Trades: Countless pick-swaps dominated the first round — too many to mention — but the two biggest trades that involved players featured star receivers. The Eagles traded pick No. 18 to the Titans for WR A.J. Brown. The Cardinals then acquired WR Marquise Brown from the Ravens in exchange for the 23rd pick. 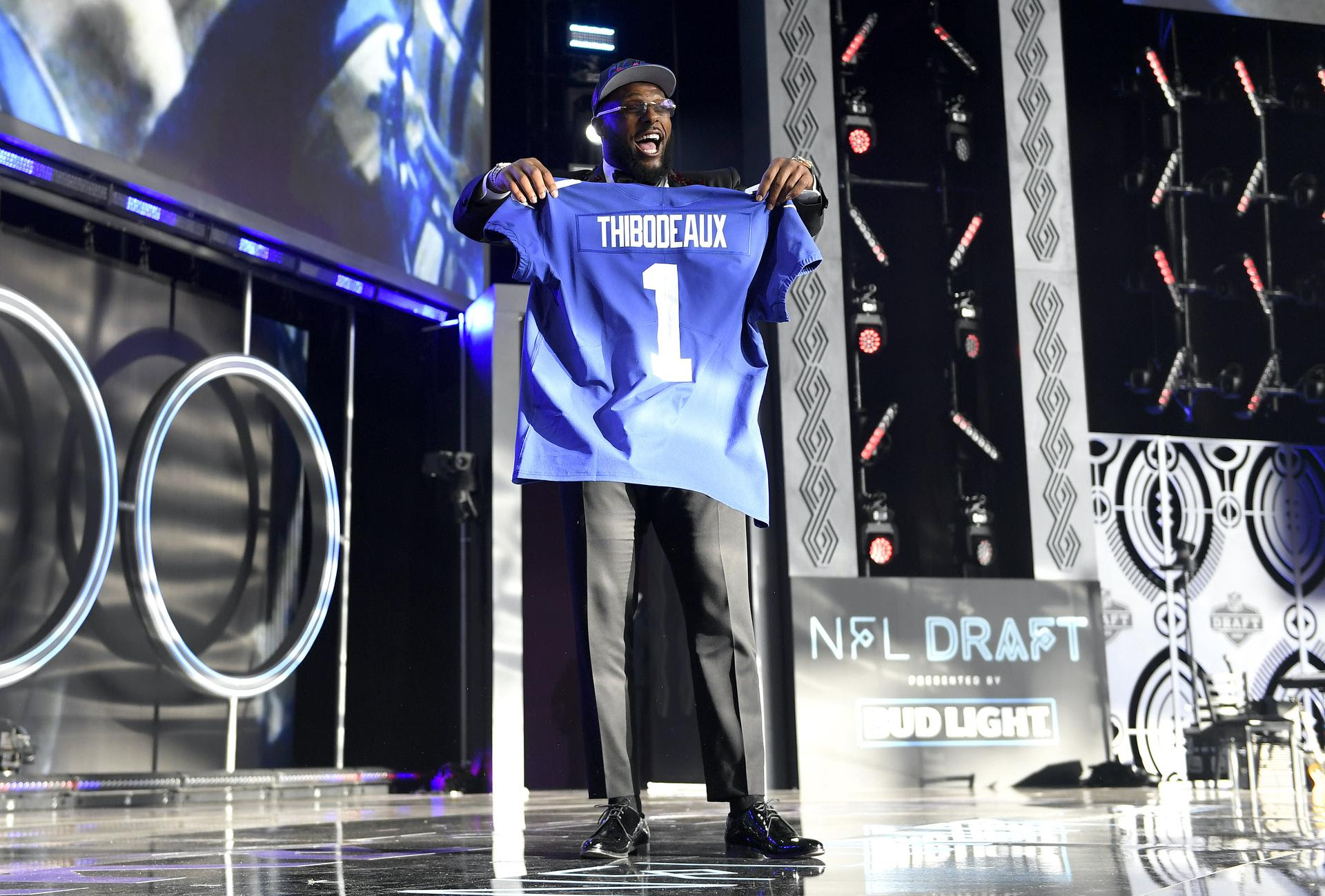 The Ringer: There’s Never Been a 1st Overall Pick Like Travon Walker 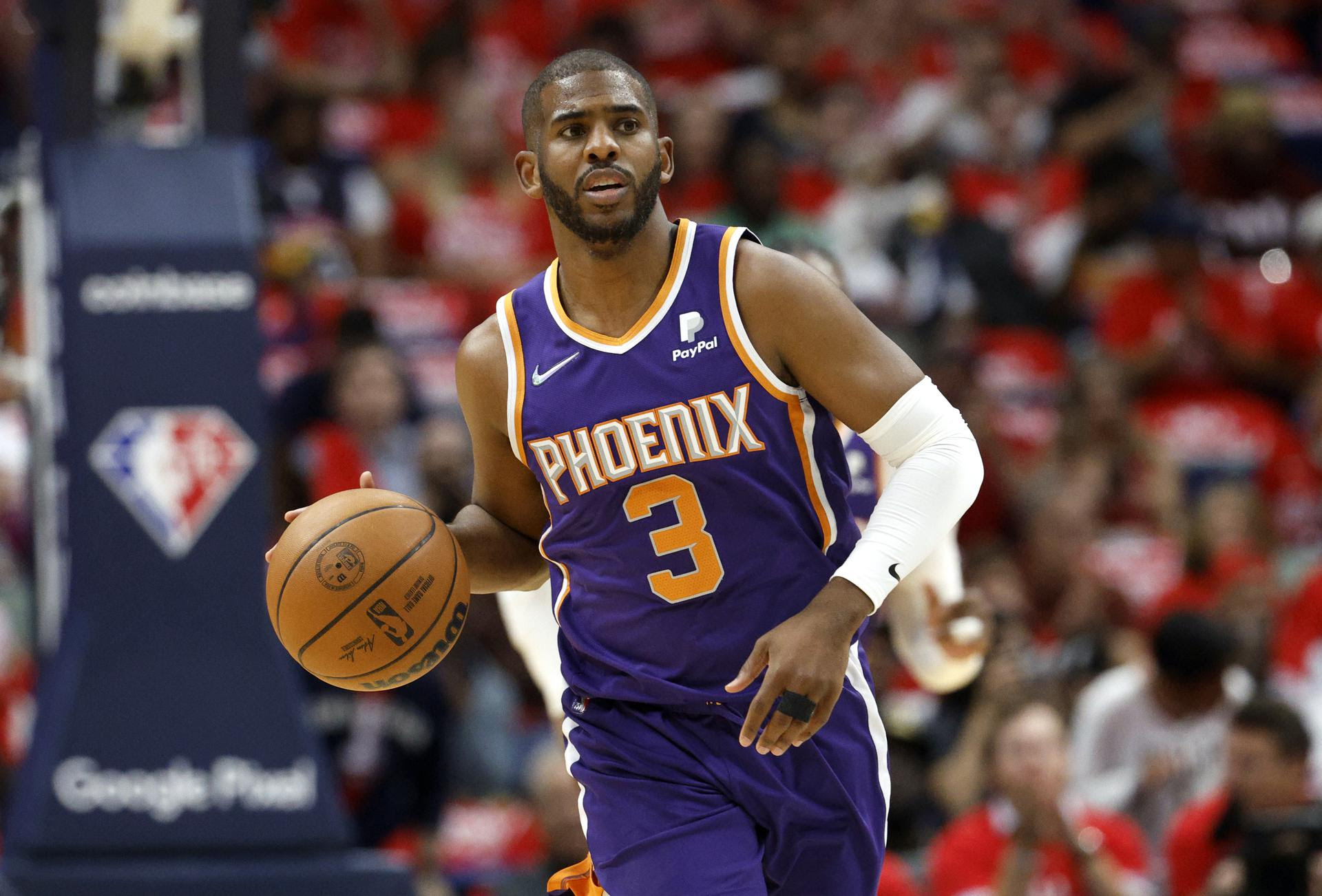 Three up, three down. A trio of close-out games took the stage Thursday night in the NBA, and all three of the higher seeds are moving on. The 76ers buried the Raptors on the road to advance. The Mavericks held off the Jazz in a thrilling finish. And out west, Chris Paul’s historic night — a perfect 14-for-14 (33 points) — launched the Suns into Round 2. Only one first-round series still needs a winner…

A 4-0 shutout of the Senators gave the Panthers their 58th win of the season on Thursday night to clinch the Presidents’ Trophy for the NHL’s best record. Carter Verhaeghe lit the lamp twice, and Florida (122 points) will get the edge over Colorado (119 points) for home ice throughout postseason.

Braves’ superstar Ronald Acuna Jr made his return to the diamond Thursday to a standing ovation in Atlanta after 292 days out with an ACL injury. He recorded a hit and stole two bases in the Braves’ 5-1 win over the Cubs.

With Manchester United scrapping their way for a top-4 spot in the Premier League, Cristiano Ronaldo’s goal saved a 1-1 draw against Chelsea on Thursday to keep pace. The Red Devils (55 points) are currently in 6th place and just five points behind 4th with five matches to play.

PGA: 6-Way Tie After Round 1 in Mexico

The PGA Tour tees off south of the border this weekend with the Mexico Open, and there’s a six-way tie atop the leaderboard after Round 1 on Thursday. Jonathan Byrd, Jon Rahm, Brendan Todd, Trey Mullinax, Bryson Nimmer and Kurt Kitiyama are all 7-under.

College power-brokers are poised to turn the NCAA upside down. The Transformation Committee is considering wholesale changes that would make the NCAA’s post–Mark Emmert era a completely different experience. (Sports Illustrated)

While the National League continues to dominate the top of our Power Rankings, three weeks into the MLB season the American League is starting to make a splash as well. Our expert panel has combined to rank every team in baseball. (ESPN)

It’s easy to pick which players are going to be the safest picks in any NFL Draft class. As much as everyone likes to talk about the NFL Draft in certainties, it is largely a crapshoot. Busts exist, and they can come from anywhere. (Sporting News)