No Sweep ‘Til Brooklyn

The NBA playoffs rage on, but no sweeps yet in the Association. That is, until the Nets take the floor tonight. Will Brooklyn get the broom? That and much more in today’s weekend rewind.

No Sweep ‘Til Brooklyn 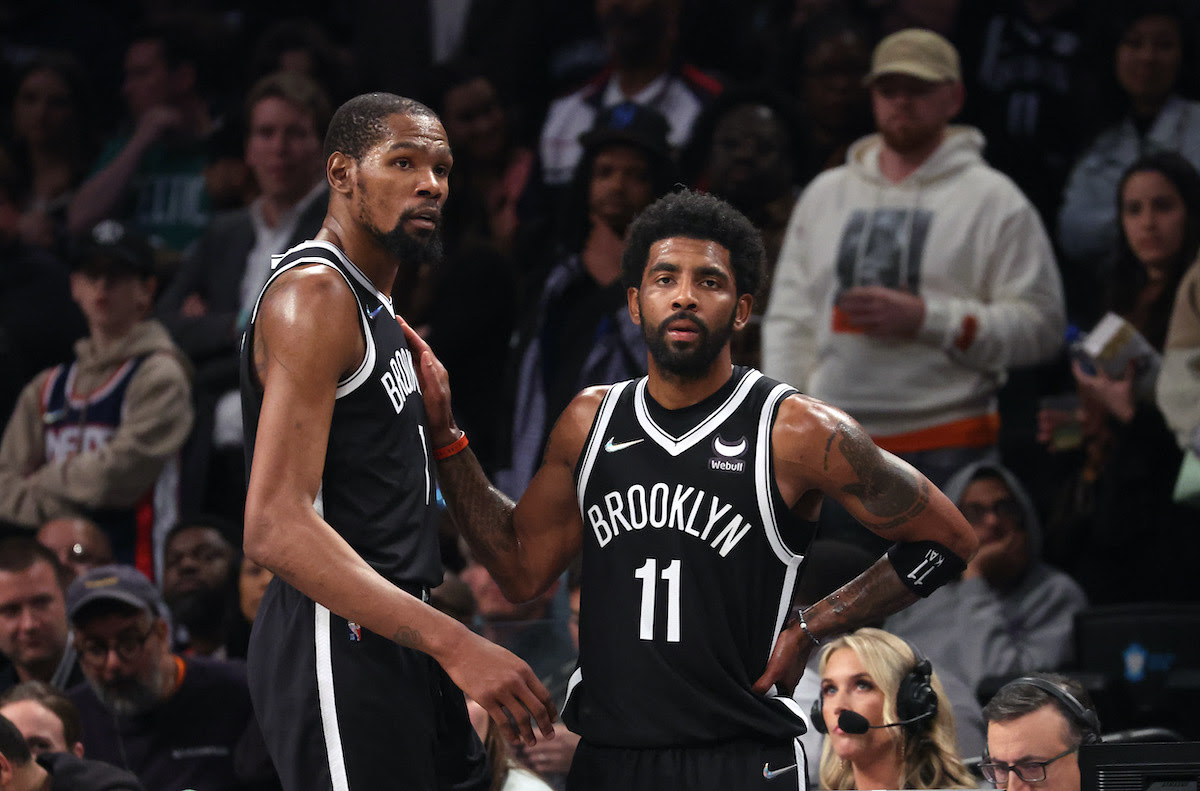 The NBA’s opening round has been full of drama as the lower seeds have battled back to avoid the sweeps, but few true upsets are on the radar aside from the Timberwolves-Grizzlies series (Tied 2-2). And then there’s Brooklyn. The Nets — with Kyrie Irving and Kevin Durant — were preseason favorites to win it all. They snuck into the playoffs through the play-in route, and they’re now the only team on the verge of a first-round sweep. Injured star Ben Simmons was expected to return tonight for Game 4, but that’s no longer the case. The Nets’ season hangs in the balance tonight. First, here’s a rundown of the latest games and series lines heading into Monday.

ESPN: Nets Rule Ben Simmons Out for Game 4 With Continued Back Soreness 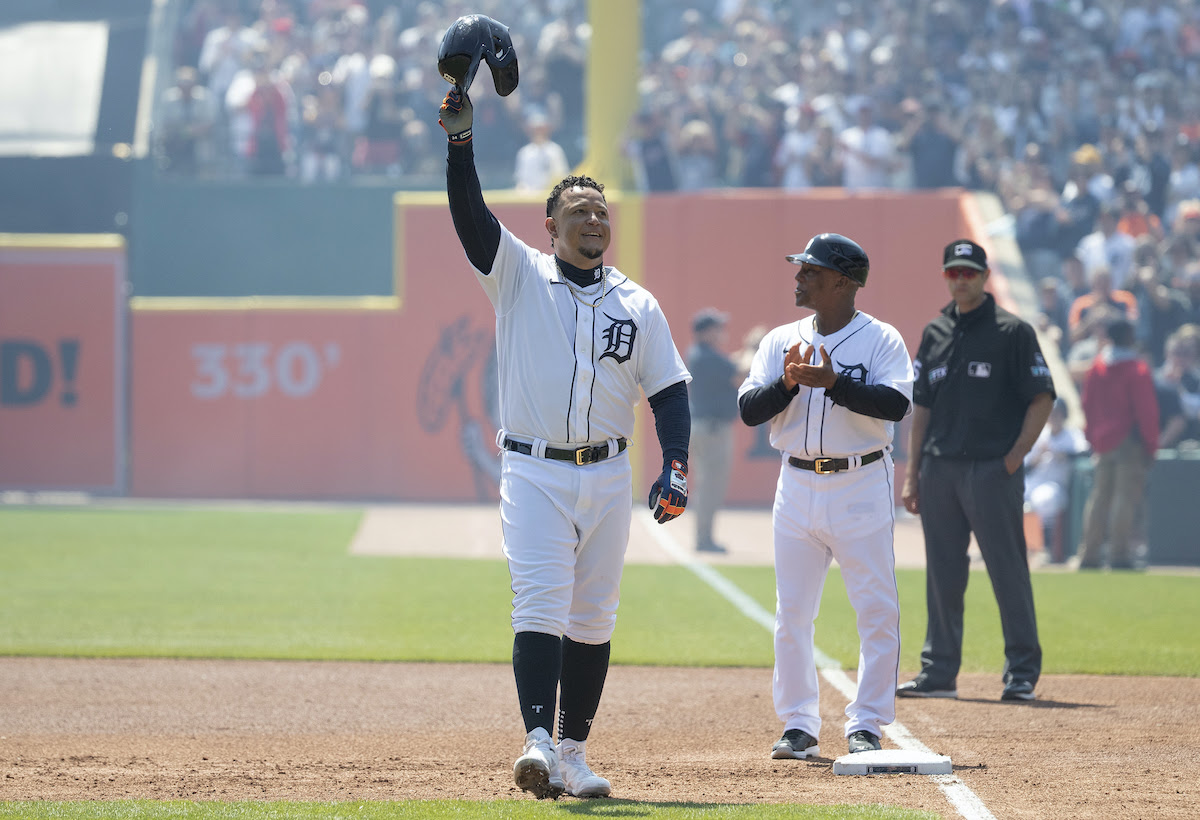 Miggy’s done it! The milestone moment for Miguel Cabrera finally came on Saturday in Detroit’s home stand against the Rockies. Cabrera smacked a base knock to right field in the bottom of the 1st inning in front of a packed house at Comerica Park. He became the 33rd player to join the 3,000-hit club, and just the seventh player with 3,000 hits and 500 home runs in MLB history.

Pena Walks Off for Astros: Jeremy Pena belted a two-run walk-off shot over the center field wall to lift the Astros over the Blue Jays (8-7).

Winker’s 12th-Inning Walk-Off: Make it three walk-offs on Sunday thanks to Jesse Winker’s single to right field that scored Adam Frazier for the Mariners to beat the Royals (5-4, 12 Innings).

A Decade of Dominance 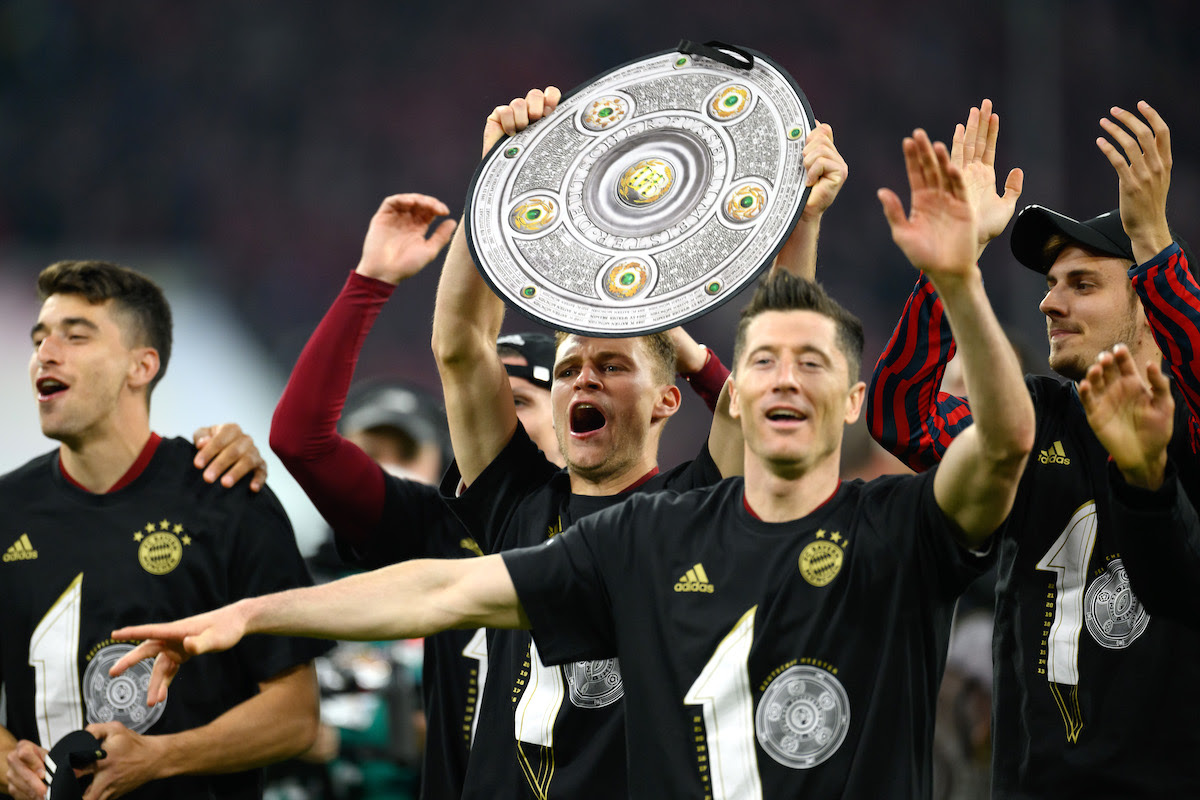 The European futbol landscape inched closer to the end-of-season hardware over the weekend, and two teams secured league titles early. Bayern Munich (Bundesliga) and PSG (Ligue 1) clinched titles on Saturday. It was Bayern’s 10th consecutive Bundesliga crown to complete a decade of dominance in Germany. Meanwhile, the Premier League race remaining tight after wins by Liverpool and Manchester City. Here’s the latest from Europe:

Another year, another Bundesliga trophy for Bayern Munich after defeating Borussia Dortmund (3-1) on Saturday. Robert Lewandowski, Serge Gnabry and Jamal Musiala scored to help Bayern celebrate their tenth straight German title, and 15 of the last 20.

PSG only needed a 1-1 draw with Lens on Saturday thanks to Lionel Messi’s goal to secure the Ligue 1 title, but it wasn’t all pretty. Fans left the field early before the team celebrated its reclamation of the crown, much to the dismay of the players. Manager Mauricio Pochettino is also set to be fired despite the team’s success, and Tottenham’s Antonio Conte has interest in the job.

Manchester City (80 points) maintained their one-point lead over Liverpool (79) points atop the Premier League race thanks to a four-goal masterpiece by Gabriel Jesus on Saturday. Meanwhile, Chelsea (65) claimed a crucial win thanks to Christian Pulisic’s late heroics, but the battle for the last spot in the top 4 is anyone’s to take.

The Bolts lit up the scoreboard with eight goals on Sunday to snap the Panthers’ win streak at 13 games (8-4). Nikita Kucherov and Steven Stamkos combined for nine points. Florida’s win streak was the longest of the season, and their magic number to clinch the NHL’s best record is just three.

The duo of Patrick Cantlay and Xander Schauffele (-29) went wire-to-wire to win the Zurich Classic over the weekend in New Orleans. The pair shot an opening-round 59 to storm to the top of the leaderboard before shooting 68-60-72 over the weekend to hold off Sam Burns and Billy Horschel (-27) by two strokes.

Draft Week: Needs for All 32 Teams

The 2022 NFL draft is just days away from kicking off in Las Vegas. By now every team should know what positions they will target to improve their team. Football Outsiders take a look at the biggest need positions for all 32 teams going into Thursday. (ESPN+)

Fury vs. Ngannou? Don’t Count On It

The crossover between boxing and MMA fans still is not huge, and so it was kind of stunning that WBC and lineal heavyweight champion Tyson Fury made a challenge to Francis Ngannou that almost certainly won’t happen. (Yahoo! Sports)

Feel that? It’s the NBA trade winds blowing, fast and furiously, through your hair, gradually yet unrelentingly giving you goosebumps. Speculating this far out from the draft and the end of the playoffs can be tricky, but we have plenty of ideas. (Bleacher Report)