Game 67 of the NCAA Tournament was a high-octane track meet with unbelievable runs and a historic comeback. When the dust settled on March Madness 2022, the Kansas Jayhawks were the last team standing.

Congratulations to our winners of The Sportsletter Bracket Pool. Check your email later today for details on how to claim your rewards. 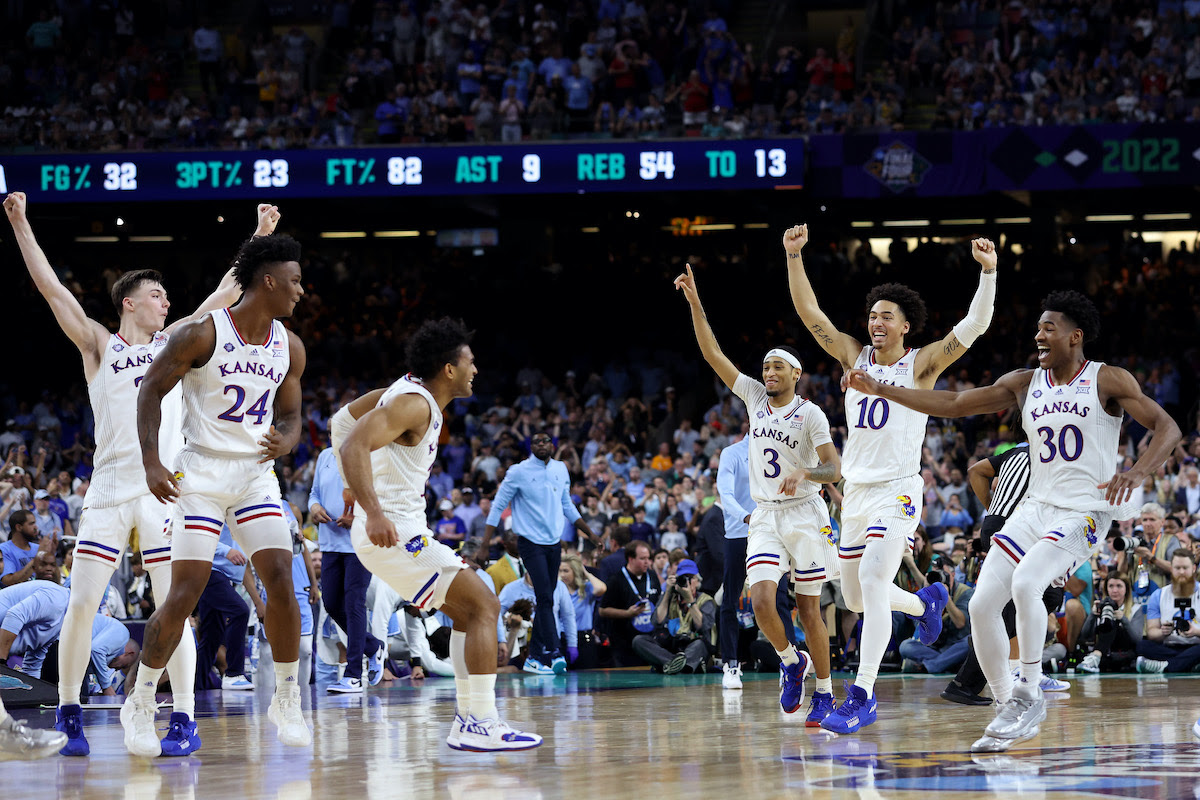 Rock chalk, comeback! Kansas got the last laugh in a “game-of-runs” title match on Monday night against North Carolina (72-69) to claim the fourth championship in program history. Despite going down 15 points at halftime and as many as 16 overall, the Jayhawks rallied for the largest comeback in NCAA Championship Game history.

A Tale of Two Halves

The Jayhawks jumped out to a 7-0 lead in the first three minutes of the title game, but UNC wouldn’t be rattled. The Tar Heels caught fire on offense and locked down KU to spark a 40-18 run in the final 17 minutes of the opening half, including a 16-0 run. UNC led by as many as 16 and took a 15 point lead into the break. The second half was all Kansas, and they didn’t wait long. KU came out and ripped off a 31-10 run in less than 10 minutes to take a 56-50 advantage. But again, Carolina responded.

The Tar Heels retook the lead with 1:41 left to play on a Brady Manek tip-in (69-68), but that would be Carolina’s last make. Kansas got it inside to David McCormack for back-to-back buckets on the last two trips. Down 3 with the clock ticking, UNC got three different looks at a game-tying 3. No dice. Celebration, Jayhawks. 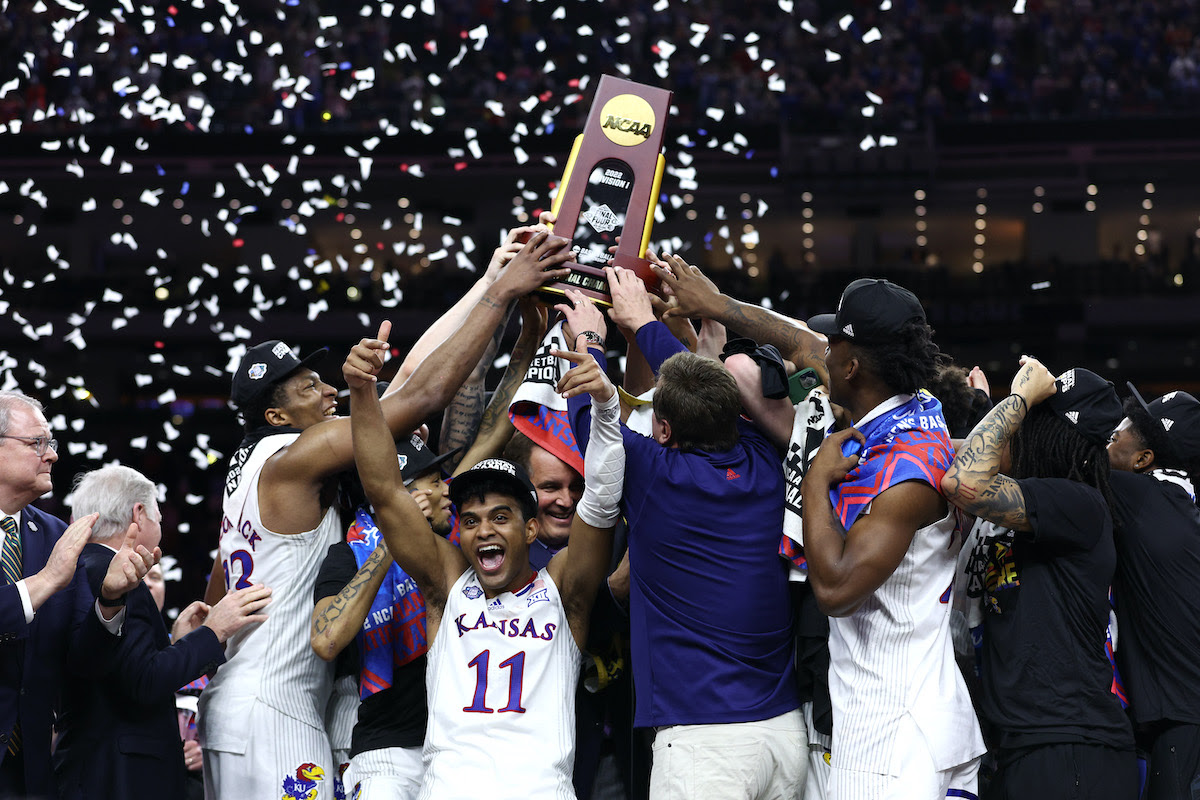 A remarkably balanced box score saw both squads have five players each in double figures and no one with more than 15. UNC dominated on the boards (55-35) thanks to Armando Bacot’s 15-point, 15-rebound performance. Bacot had a double-double in all six games of the tournament, but it was Kansas’ offensive efficiency (43.9 percent) — while holding Carolina to 31.5 percent shooting — that made the difference. 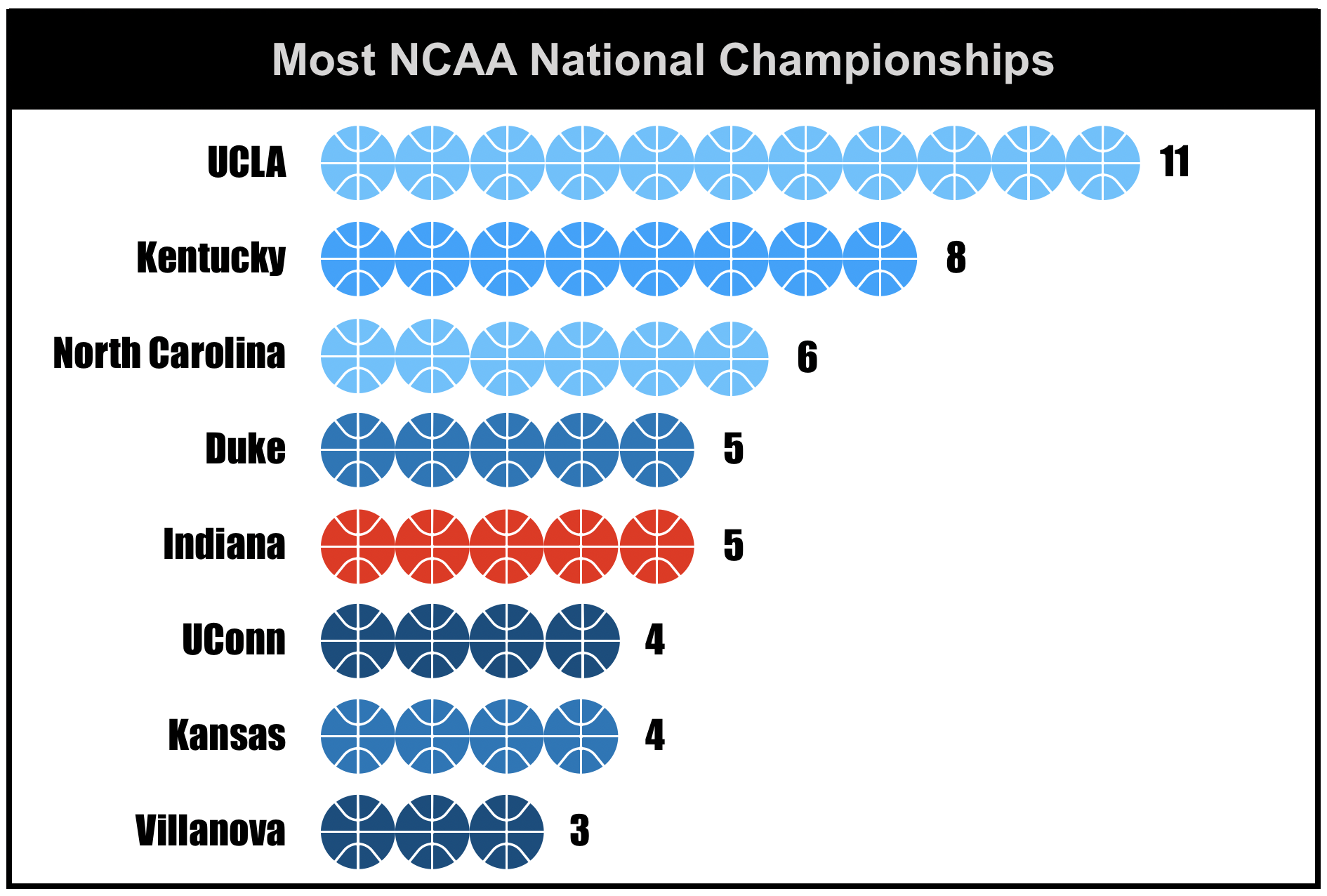 Four blue bloods entered the Final Four with a combined 17 NCAA championships, but its Kansas who adds to its own blue-blood legacy. The Jayhawks’ fourth title in program history pushes KU past Villanova (7th) and into a tie for 6th all-time with UConn. Head coach Bill Self can lay claim to two of those (2008 & 2022).

The Blue Blood Final Four is complete, and it’s the Kings of Kansas on top!

ESPN: How Kansas Rallied, And What’s Next for Both Kansas & North Carolina

USA Today: Bill Self, Kansas Go From Uncertain Choke Job to Stunning Recovery in Blink of an Eye 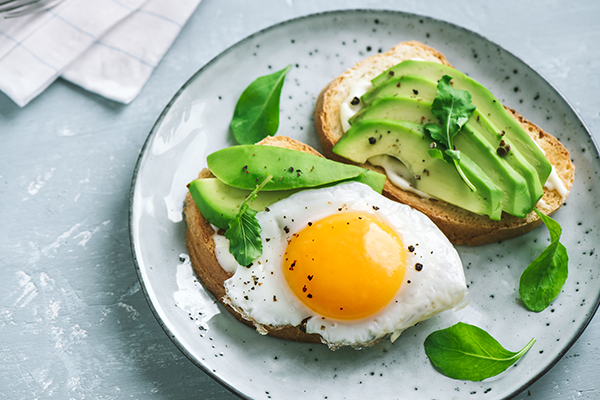 Mark it five straight for Toronto after Auston Matthews scored a hat trick and added an assist in a big win over the Lightning (6-2). Matthews has now scored in six straight games en route to his league-leading and franchise-record 54th of the season.

9 Golfers to Root for at The Masters

While any Masters win is life-changing, some resonate more than others. That’s what this guide is all about. Among the stars and candidates who can reasonably win this golf tournament, who should arouse your recruiting interests? (CBS Sports)

As the NFL moves into the latter stages of its 2022 free agency period, which has largely been defined by March’s mega trades, focus now shifts squarely onto the upcoming draft – and, inevitably, more deals are forthcoming. (USA Today, +Paywall)

The Lakers Blowup: ‘What Could’ve Been’

The Lakers are bracing to be considered one of the biggest disappointments in NBA history. After entering this season as title favorites with a roster stacked with five future Hall of Famers, the Lakers are likely on the verge of missing the play-in tournament. (FOX Sports)