Busy weekend. All Scottie Scheffler does is win golf tournaments. The NBA regular season came to a close and Lakers head coach Frank Vogel got axed. Baseball came roaring back, and we’ve got it all. 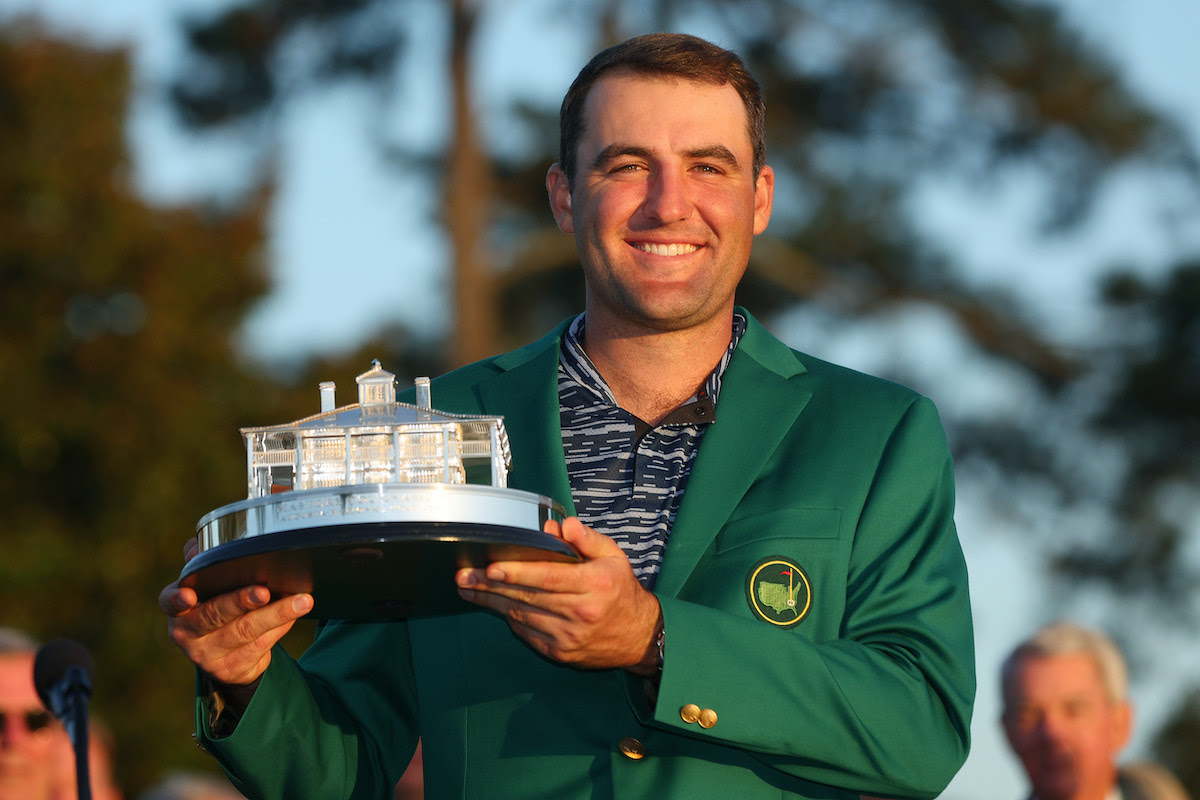 The world belongs to Scottie Scheffler! Entering The Masters with three wins in his last five starts, the 25-year-old and newly-anointed World No. 1 dominated Augusta National from start to finish. Scheffler fired a 3-under Thursday to sit in a tie for third. He stormed up the leaderboard with a 5-under Friday in Round 2 (-8) before coasting through Saturday and Sunday.

Scottie’s Sunday: Scheffler entered the final round with a three-stroke advantage on playing partner Cameron Smith. He quickly put together birdies on Holes 3 and 7 to get to 10-under by the turn. With Smith folding and Rory McIlroy surging to 7-under with a hole-out on the 18th, it was Scheffler’s green jacket to lose. Back-to-back birdies on 14 and 15 put the nail in the coffin. He double-bogeyed Hole 18 due to nerves, but a five-stroke lead was plenty to play with. Green jacket, complete! And the year of Scheffler continues.

SI: With All the Answers to Sunday at The Masters, Scottie Scheffler Aces his Major Test

ESPN: What We Learned About Tiger Woods’ Schedule, Body & Game at The Masters 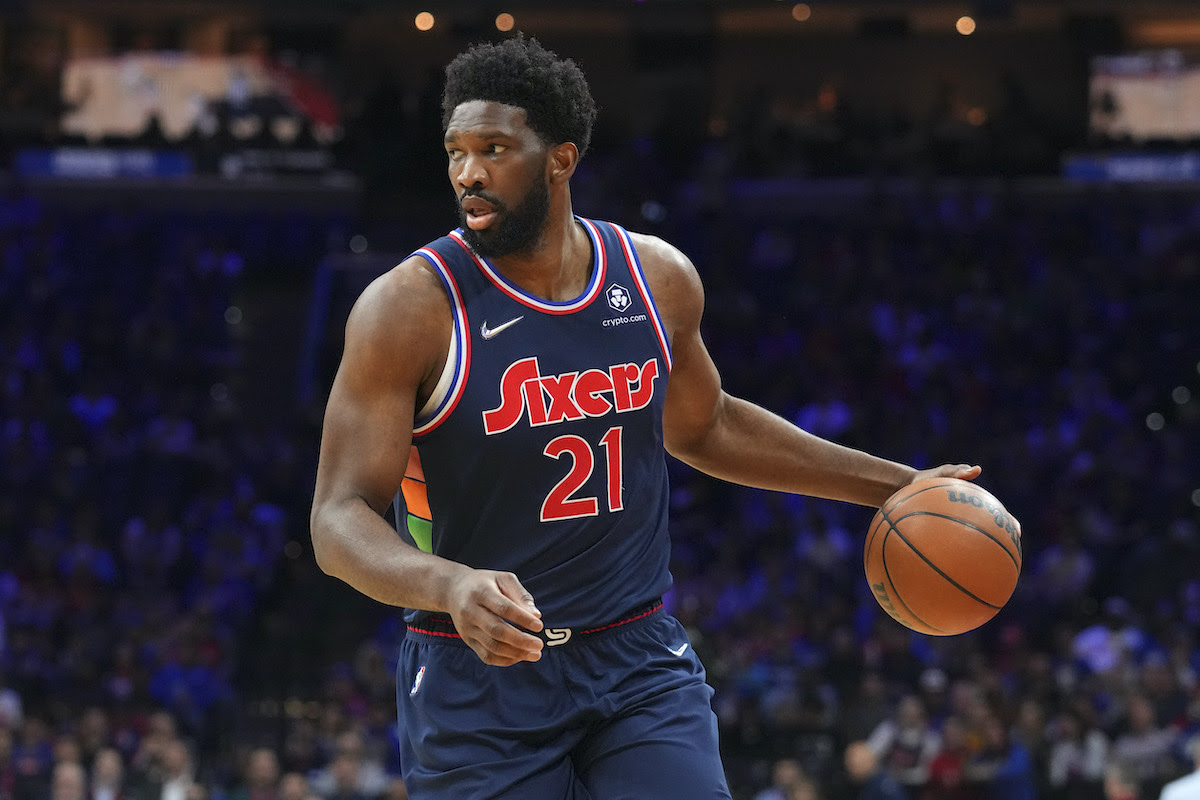 The NBA regular season wrapped up on Sunday, and the playoff picture is officially set. Joel Embiid capped off his regular season with a 41-point night on 14-for-17 shooting on Saturday. Just another night at the office for the Sixers big man who secured the 2021-22 NBA scoring title (30.6 points per game). Embiid became the first center since Shaquille O’Neal to lead the league in scoring, and the first center in over 40 years to average 30-plus per game. And after Sunday’s action, we now know who’s playing who in this week’s play-in matchups. Take a look at the final playoff picture: Baseball is back, and the opening series showed us who came ready to play. The Tampa Bay Rays (3-0) are the only perfect team after opening weekend, and no team — I repeat, no team — is winless. Every team in the majors got at least one victory. The Dodgers, who were preseason favorites to win the World Series, started just 1-2 in their weekend matchup against the Rockies. And after three games, Byron Buxton (Twins) leads the league with three home runs — on three consecutive at-bats! Here are the top highlights from the weekend that was… 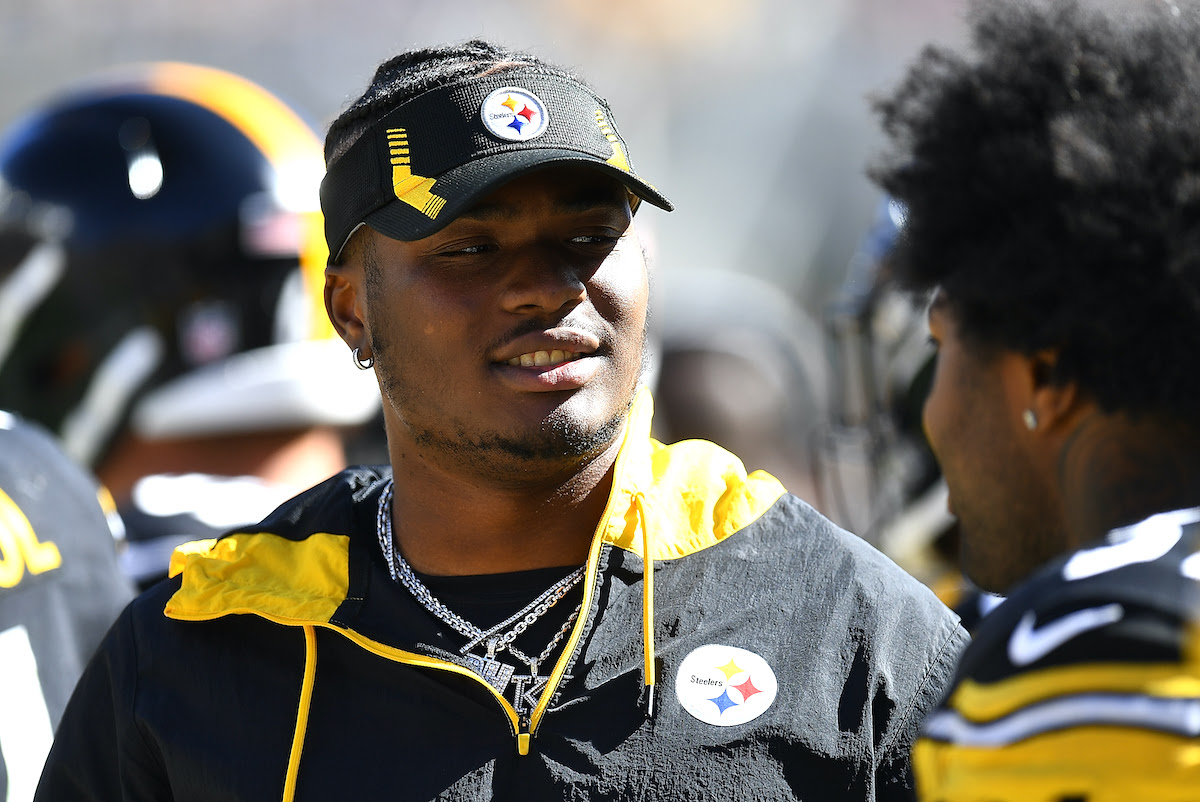 The sad news of the weekend was the passing of Pittsburgh Steelers quarterback Dwayne Haskins. The former first-round pick out of Ohio State was jogging Saturday morning on a South Florida highway when he was struck by a dump truck. He was pronounced dead at the scene.

Haskins was a Heisman Trophy finalist in 2018 at Ohio State before being selected 15th overall by the Washington Commanders in the 2019 NFL Draft. He spent two seasons in D.C. before signing with Pittsburgh last season. He was 24 years old.

USA Today: Here’s What We Know About the Death of Steelers QB Dwayne Haskins

NHL: Crosby Gets Penguins Back on Track

Sidney Crosby scored his 1,400th NHL point on an overtime winner to push the Penguins past the Predators on Sunday (3-2, OT) and end a four-game skid for Pittsburgh.

The first ‘El Trafico’ of the year saw the LA Galaxy get the best of their crosstown rivals LAFC (2-1) on Saturday. Javier ‘Chicharito’ Hernandez opened the scoring and won the star duel with Carlos Vela.

Manchester City and Liverpool played to a scintillating draw (2-2) in Sunday’s Premier League clash between the top two teams. With the split, City remains one point ahead of the Reds (74-73) with seven matches to play.