It’s survival week in our spring sports tournament takeover. Both the NBA and Champions League saw nail-biters in their respective win-and-get-in contests. Best of all? We do it again today with another two-pack on the court and the pitch. 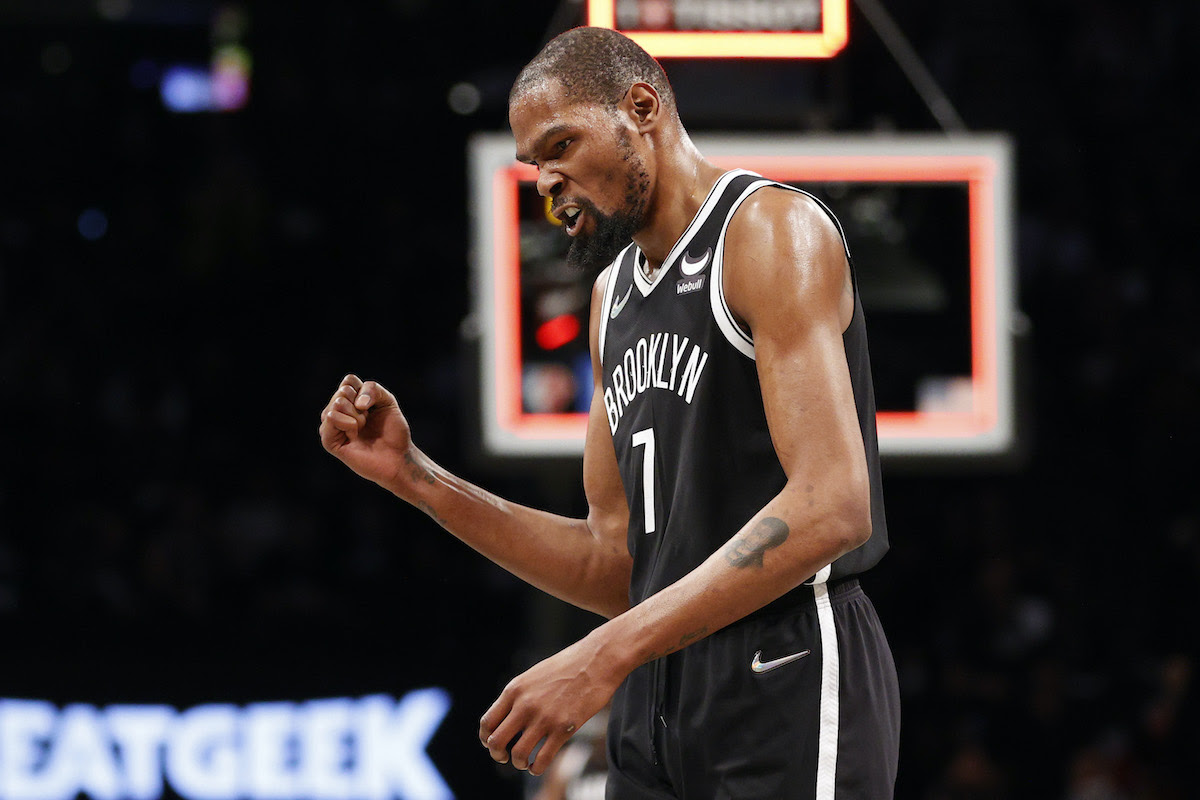 Single-elimination at its finest! Night 1 of the NBA play-in rounds came down to the wire in both games, but the higher seeds came out on top in the 7-vs-8 seed matchups. Both games saw comebacks that made things interesting, but the Nets and Timberwolves will fill out the playoff bracket. Two more sudden-death play-in games take center court tonight. Here’s what happened on Tuesday:

In the opener, Brooklyn stormed out to a 20-point advantage against Cleveland before the Cavaliers came roaring back. The Nets saw their lead evaporate to within six in the late going before slamming the door on the Cavs’ season. Kyrie Irving (34 points, 12 assists) and Kevin Durant (25 points, 11 assists) shot lights out. The duo combined to score or assist on 105 of Brooklyn’s 115 points, and Irving started the game a perfect 12-for-12. The Nets will face the Celtics in Round 1 of the playoffs.

Tuesday’s nightcap was a back-and-forth showdown in Minneapolis where the Timberwolves and Clippers. Minnesota needed a 19-4 run down the stretch to close the gap on a double-digit deficit. Karl-Anthony Towns struggled miserably, but Anthony Edwards (30) and D’Angelo Russell (29) carried the load. The Timberwolves will face the Warriors in Round 1.

Survive and advance! Two Champions League semifinal matches brought the drama to Europe in Leg 2 on Tuesday, and Real Madrid and Villarreal are moving on. Madrid got two late goals to outlast Chelsea on aggregate scoring (5-4) despite losing the match. It was Rodrygo (80’) and a Karim Benzema header (96’) that flipped the script late against the Blues. Over in Spain, Villareal played spoiler to Bayern Munich with a 1-1 draw (2-1, aggregate) thanks to Samuel Chukwueze’s strike (88’). Villarreal was outshot 23-4 in the draw as they shocked the German giants. Two more matches hit the stage today to round out the final four teams in the Champions League.

Here come the Caps! Washington won its fourth straight Tuesday night with a 9-2 shellacking of the Flyers. The Capitals set a season-high in goals scored as Alex Ovechkin tallied his 46th goal of the year. Washington (92 points) is in firm control of their own playoff destiny with nine games to play.

New Cubs star Seiya Suzuki is off to the races in Chicago after a 2-HR game Tuesday night. Suzuki recorded both runs in the Cubs’ 2-1 win over the Pirates and joined Shohei Ohtani as the second Japanese player in MLB history with three home runs in his first four MLB games.

Now, less than 24 hours since their season ended in sputtering disappointment, the Los Angeles Lakers offseason starts in overdrive. Up next on the docket: finding a new head coach. (Yahoo! Sports)

The USFL officially returns this week after a 37-year hiatus. Besides being blessed with spring football, we get a chance to wager on these contests. Here are three tips for betting on the upcoming USFL season. (FOX Sports)

A Record Crop of Prospects

A record-setting number of MLB’s top prospects just arrived all at once… It’s not only made the early season more exciting, but also offered an early indication that the new CBA may be effective in discouraging the worst of service-time manipulation. (The Ringer)