There’s a new standard in South Carolina. It’s the “Dawn” of a new dynasty. The South Carolina Gamecocks are your women’s NCAA Tournament champions. Can North Carolina make it a sweep for the Carolinas in tonight’s men’s finale? It’s the final hours of our March Madness coverage as we play the last song and cut the music at The Big Dance. 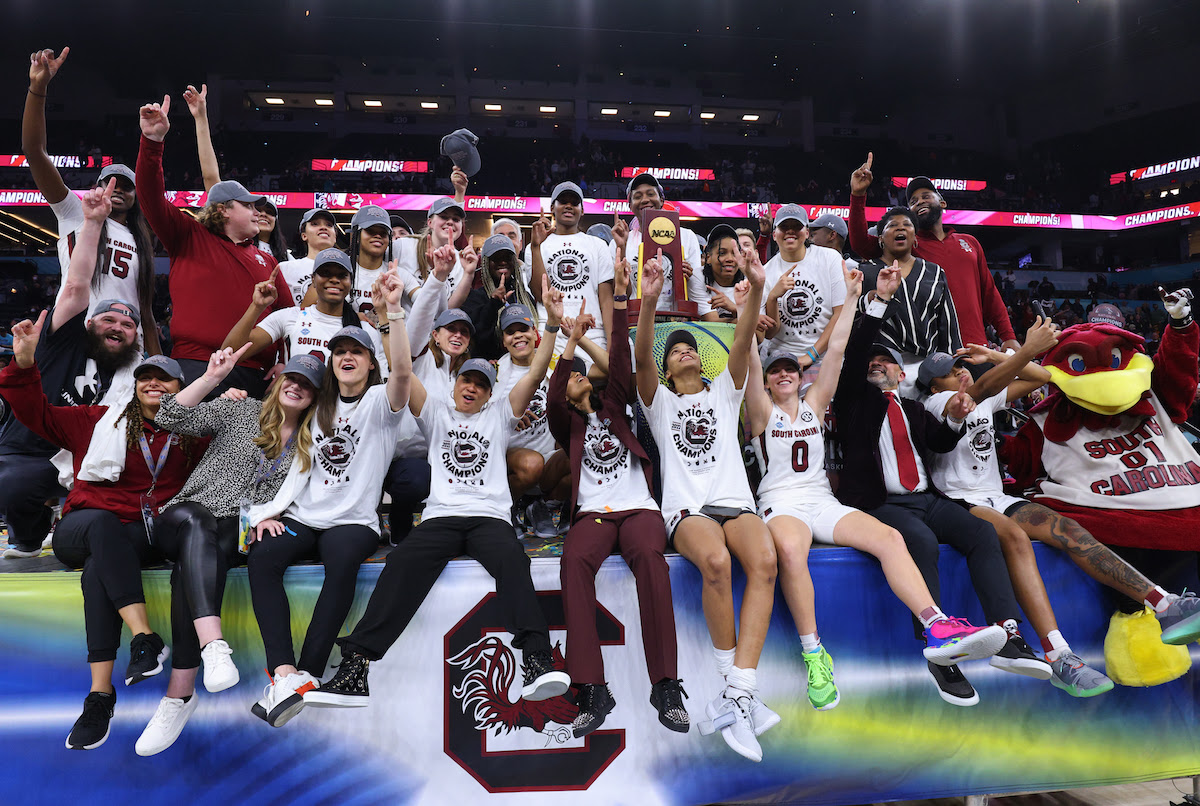 Never in doubt! The No. 1 overall seed went wire-to-wire to cut down the nets Sunday night in Minneapolis. The South Carolina Gamecocks, led by Player of the Year Aliyah Boston and a breakout performance from Destanni Henderson, are NCAA champions. Dawn Staley claimed her second championship in five years, and a new dynasty is here to stay.

How the Title Game Was Won

South Carolina thrashed UConn in the first quarter (22-8), handing the Huskies their lowest first-quarter scoring total all season. After South Carolina stretched the lead as high as 18, UConn scratched back to within six thanks to a 10-0 run in the 3rd quarter. But the 4th period belonged to the Gamecocks as Henderson and Boston extended the advantage back to double digits and cruised to victory (64-49).

UConn made the game plan apparent as they doubled Aliyah Boston (11 points, 16 rebounds), holding her to just eight shot attempts. Even still, Boston put together her 30th double-double of the season. The x-factor was the star who stepped up with a career-high on the biggest stage — Destanni Henderson (26 points).

Rebounds Made the Difference

South Carolina dominated the glass all night long, snatching 21 offensive boards and out-rebounding Connecticut, 49-24. The Gamecocks had as many boards as UConn had points. They finished plus-17 in second-chance points (22-5).

The South Carolina women’s basketball program has become one of the next dynasties in the sport thanks to head coach Dawn Staley. Staley took over 13 years ago, and she’s led SC to four Final Fours in the last seven seasons, including the school’s first title in 2017. Now, with her second national championship in hand, the Gamecocks (35-2) just went wire-to-wire as the No. 1 team in the land from October to April. They capped it off with a fitting wire-to-wire win over another women’s basketball dynasty, handing opposing head coach Geno Auriemma his first-ever loss in a championship game (now 11-1).

Two titles in five seasons? Dynasty Dawn is here to stay. South Carolina was also poised for the No. 1 overall seed and what could’ve been a third championship in 2020 when the tournament shuttered due to COVID-19. Staley is just the sixth coach in NCAA women’s basketball history with multiple championships.

The Athletic: How South Carolina Beat UConn to Win the National Championship

The End of the Dance 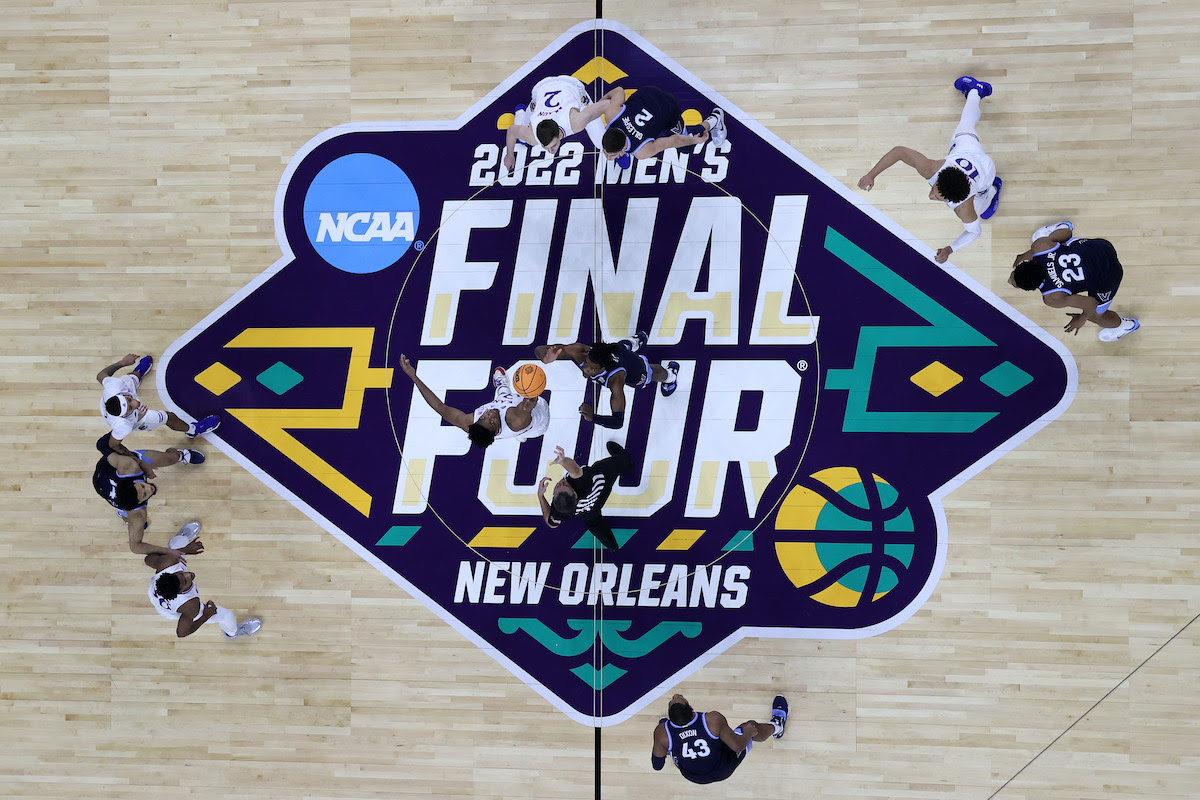 The final song of the Big Dance gets played tonight. After Saturday’s Final Four featured a Jayhawk runaway and a Tar Heel takedown, it’s Kansas (33-6) vs. North Carolina (29-9) for all the marbles. Kansas made Villanova looked pedestrian in their Final Four matchup. UNC played spoiler to Duke once again to end Coach K’s career. And now, basketball fans will be treated to what should be a fast-pace, high-octane finale. Expect points in bunches. The Jayhawks are 4-point favorites, but Carolina has caught fire. Let’s rewind Saturday’s Final Four action to see how we got here.

Game 1 of the men’s Final Four on Saturday was all Kansas all night. The Jayhawks jumped out to a 10-0 lead and never looked back. KU was as efficient as it gets on offense, scoring at a 54-percent clip from the floor. David McCormack (25 pts, 9 rebs) and Ochai Agbaji (21 pts) went a combined 16-for-20 shooting to punch Kansas’ ticket to the title game for the first time since 2012. They haven’t won it all since 2008.

Saturday night’s massive rivalry game was one for the ages. The game featured 18 lead changes and neither team led by more than seven. A tight contest down the stretch saw UNC begin to stretch the lead. Duke responded, but three missed free throws in the final minute for the Blue Devils set the stage for a dagger 3 by Caleb Love (28 points) to seal it for the Tar Heels and deliver the K-O to Coach K. Armando Bacot added 11 points and 21 boards, but an ankle injury has him less than 100 percent for tonight’s title game. It’s Carolina’s first trip back to the championship since winning it all in 2017.

It’s the big one! March Madness crowns a champion tonight.

CBS Sports: Kansas vs. UNC: Who Has Position-by-Position Edge in 2022 Championship? 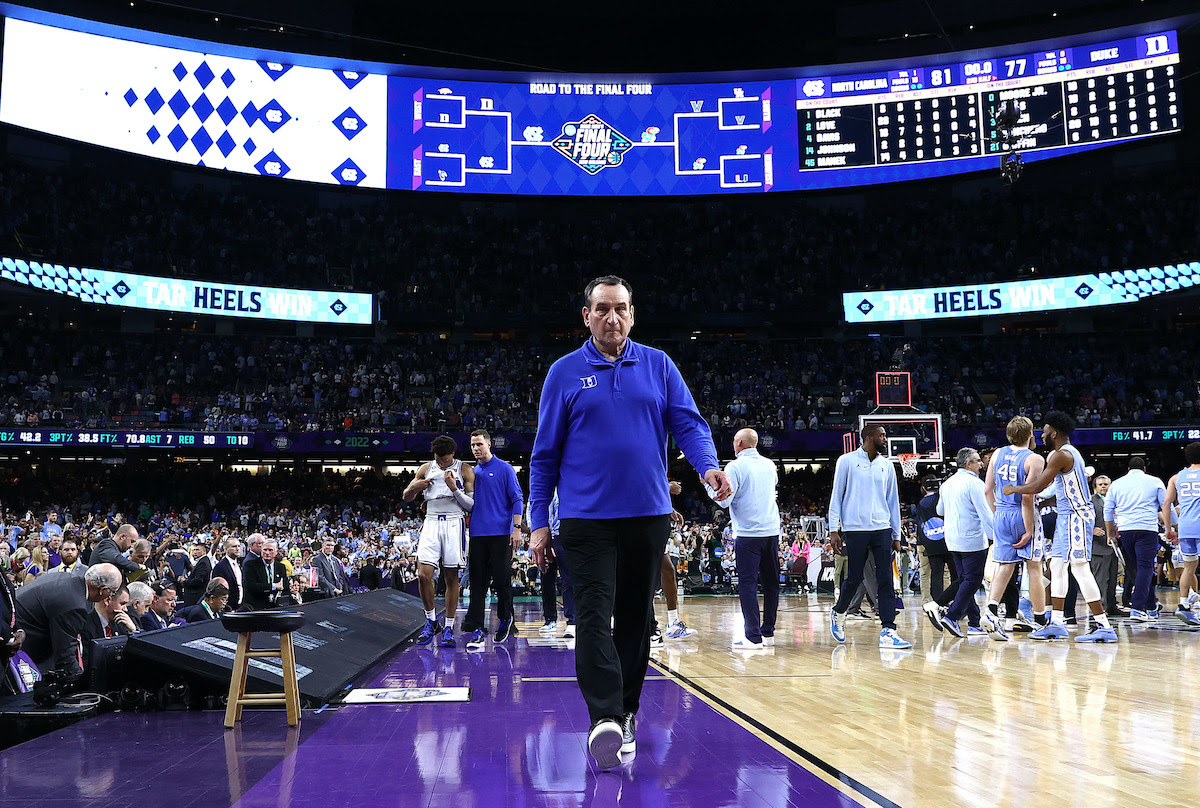 The End for The Greatest College Basketball Coach of All-Time

The stage was set for an epic sendoff. With a young roster full of questions, Duke was playing as well as any team in the NCAA Tournament en route to the Final Four. They looked poised and ready to deliver a sixth national championship for head coach Mike Krzyzewski — an appropriate coronation to a 43-year run with the Blue Devils. Instead, North Carolina got in the way… Again.

Kevin Durant had a night but the Brooklyn Nets are bound for the play-in. KD scored 55 points on a wild 8-for-10 3-point shooting night in Saturday’s loss to the Hawks (122-115). Durant’s career-high wasn’t enough to keep Brooklyn from falling below the East’s top-six line.

With a 5-3 win over the Sabres on Sunday, the Florida Panthers are the first team in the NHL to punch their ticket to the postseason. Jonathan Huberdeau set the franchise record for points in a season (97) with his second-period goal, and Florida (102 points) has won four straight.

As we get back into the 2022 MLS season, a full weekend of highlights saw one superstar steal the show. Javier ‘Chicharito’ Hernandez scored twice to give the Galaxy a 3-1 win over the Portland Timbers in a game where both teams finished with 10 men.