It’s time to alert the Western Conference. Steph Curry and the Warriors of old are back in form with a new weapon. Game 2s saw takeovers that could put first-round series out of reach, and fast. We’re introducing new stars to the postseason spotlight on a nightly basis. More NBA playoffs incoming… 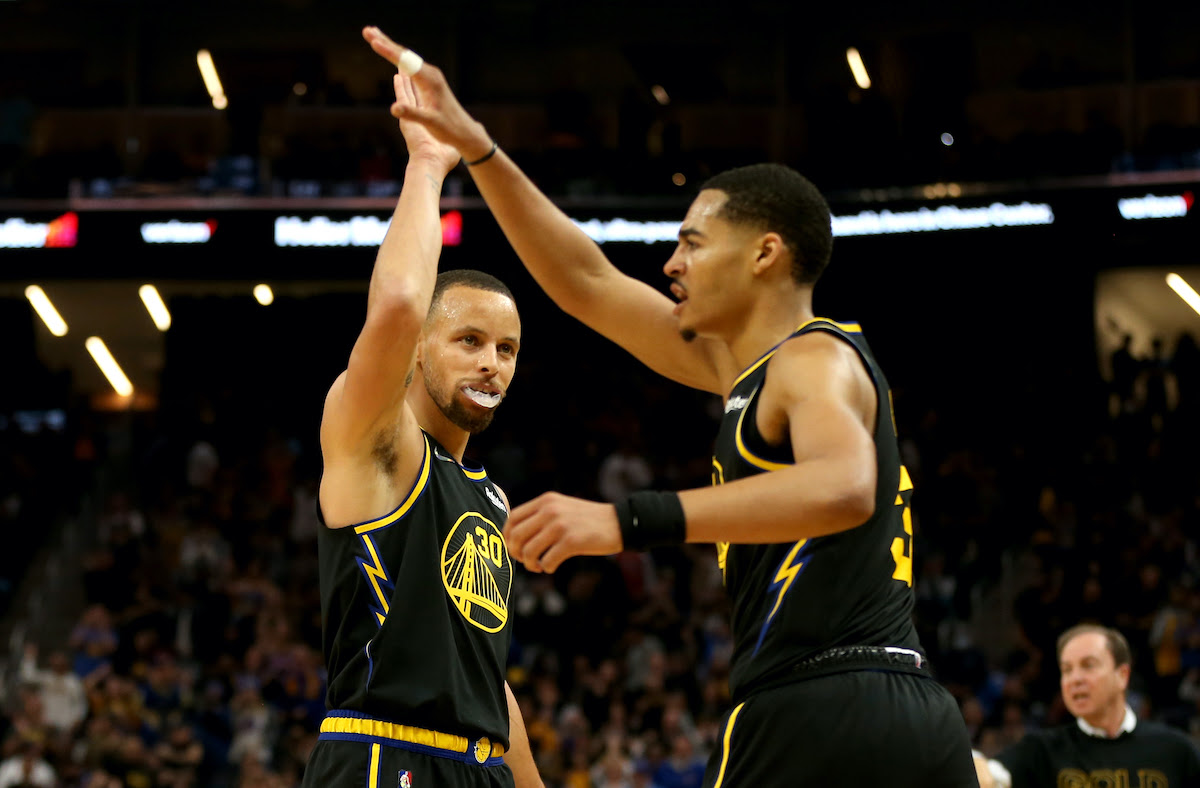 The Warriors Are Back, And Jordan Poole Has Made the Splash Bros Duo Into a Trio

Both the Warriors and 76ers took 2-0 series leads on Monday night behind their young stars’ breakout performances, an MVP domination in Philly and a sharpshooting renaissance in Golden State. I think that’s all she wrote in two of our opening series, but the Mavericks found a way out minus Luka Doncic. When the dust settled on Monday night, there’s one thing that’s certain: The Warriors ‘Splash Bros’ duo of Steph Curry and Klay Thompson just added a third sniper. With 59 points in back-to-back games, including five 3s in each contest, Jordan Poole has arrived. Here are the recaps from another night of NBA postseason action.

Jordan Poole (29 points) shined once again with five 3s in the Warriors’ drumming of the Nuggets. He made NBA history as the first player with back-to-back games of five 3s in his first two NBA playoff games. The trio of Poole, Steph Curry (34 points) and Klay Thompson (21 points) combined for 94 points with 13 combined 3-pointers in a trifecta-torching clinic. Nuggets’ MVP candidate Nikola Jokic was ejected late after a pair of technical fouls from battling the officiating. Games 1 and 2 were all Warriors, and they look even stronger with Curry’s re-emergence from injury. Western Conference, beware. GSW Leads Series (2-0)

Out East, Philadelphia took a commanding 2-0 lead in the series with a blowout of Toronto on Monday. The 76ers put the Raptors in a 24-point hole heading into the fourth quarter. MVP candidate Joel Embiid (31 points, 11 rebounds) dominated the Raptors inside while Tyrese Maxey (23 points, 9 rebounds, 8 assists) was magnificent once again. James Harden was held to just 14 points, but the Sixers control the series. PHI Leads Series (2-0)

Another game without Luka Doncic could’ve seen the Mavericks fall into a 0-2 deficit in the West’s 4-5-seed series, but Jalen Brunson had other plans. Brunson erupted for a career-high 41 points on 15-for-25 shooting, including six triples. He also added eight rebounds, five assists and two steals in an otherworldly outburst to bring Dallas back from a 10-point second-half deficit and keep the Mavs alive until Doncic’s return. Series Tied (1-1)

Celtics’ guard Marcus Smart was named the 2021-22 NBA Defensive Player of the Year on Monday. Smart made history as the first guard to win the award since Gary Payton (1995-96). He’s only the sixth guard in league history to win the honor. 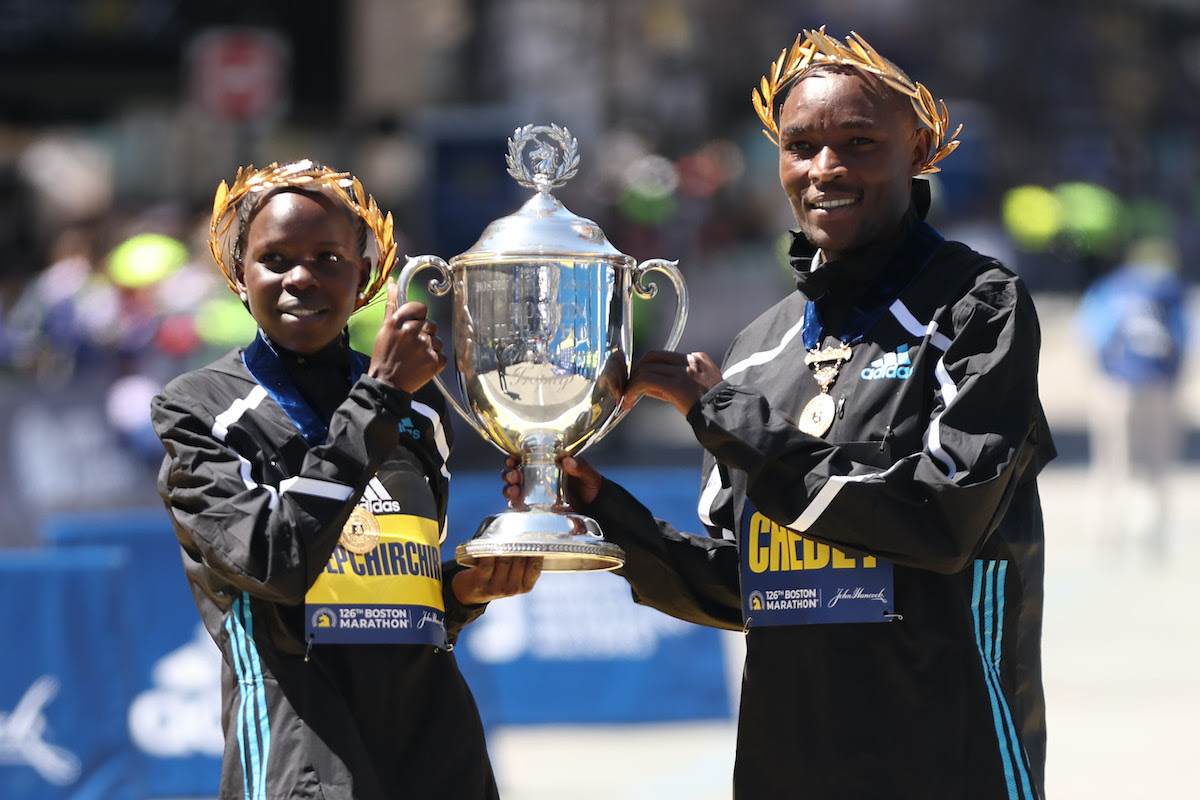 The 2022 Boston Marathon returned to its traditional place on Patriots’ Day for the first time since 2019, and the Kenyans dominated. The 126th Boston Marathon (50th women’s race) saw ideal conditions with no rain and temperatures in the low-50s. History was made in the women’s race as the celebratory spring race finally returned to its rightful place in the calendar. Here are your winners:

Men’s Winner: Evans Chebet pulled away late to win the men’s race with a time of 2:06:51, defeating second-place finisher Lawrence Cherono (2:07:21) by 30 seconds. Kenyans took five of the top six places in the men’s race. It’s the first time Chebet even finished the Boston Marathon, and it became the first one where he broke the tape. 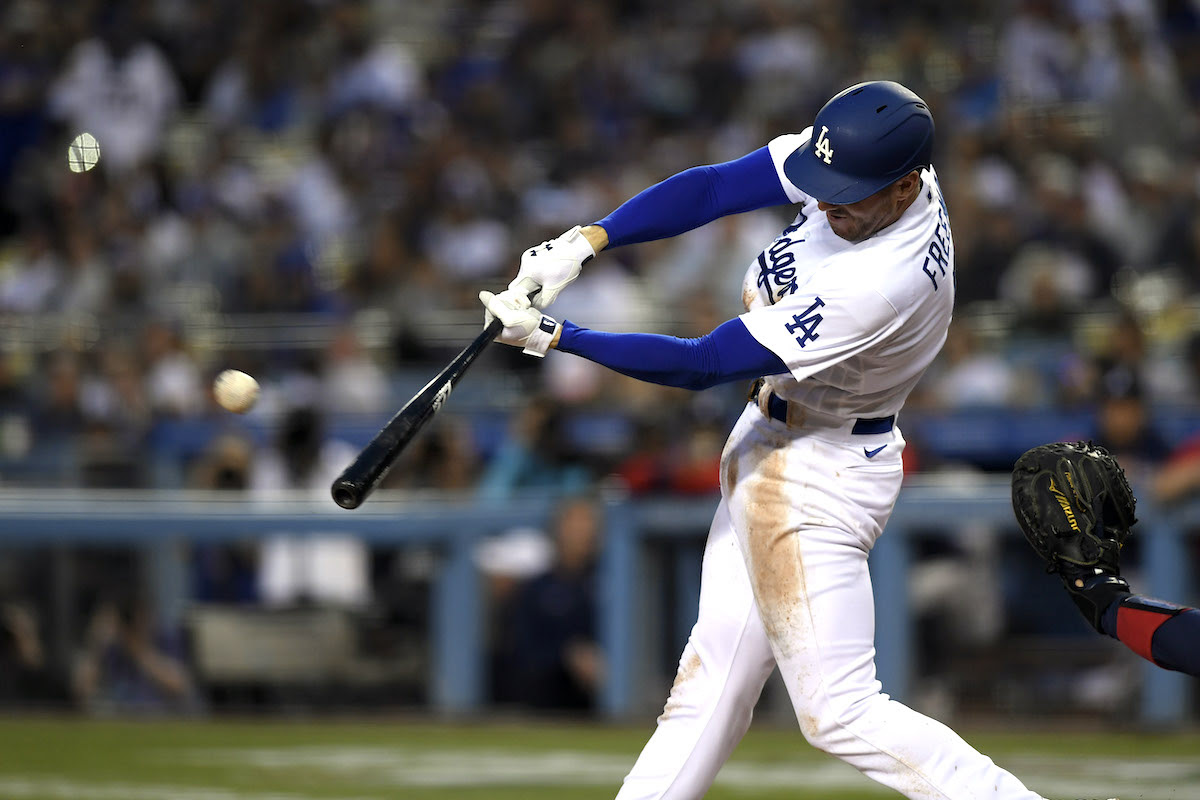 Former Braves 1B Freddie Freeman reunited with his former team on Monday when the Braves faced the Dodgers, and Freddie celebrated with his first Dodgers home run in his first at-bat. Los Angeles (8-2) won the game (7-4) for their league-leading seventh straight win.

Alex Ovechkin scored his 48th goal of the season to give the Capitals the lead and take down the Avalanche (3-2) to end their nine-game win streak. Ovechkin’s 48th tied him with Teemu Selanne for the most goals in a season by a player age 36 or older.

The battle for NFL quarterback supremacy is headed to the links. Tom Brady, Aaron Rodgers, Patrick Mahomes and Josh Allen are set to take part in the latest iteration of Capital One’s The Match, which will take place Wednesday, June 1, on TNT. (Bleacher Report)

In an offseason that has seen record-breaking contracts for wide receivers, three of the NFL’s top young players at the position are looking for new deals of their own. Deebo Samuel (49ers), A.J. Brown (Titans) and Terry McLaurin (Commanders) are pushing for more money. (ESPN)

It’s less than two weeks into the season, but the New York Mets (7-3) and San Francisco Giants (7-2) have given reason to believe that the National League has a couple more elite teams than we thought. (Yahoo! Sports)