Another Ja-wesome performance last night proved the torch is being passed in the NBA, or stolen. The Grizzlies’ star scored the team’s final 15 points down the stretch to even the series, and he might be the hottest ticket in sports. Morant vs. Curry is getting fun… 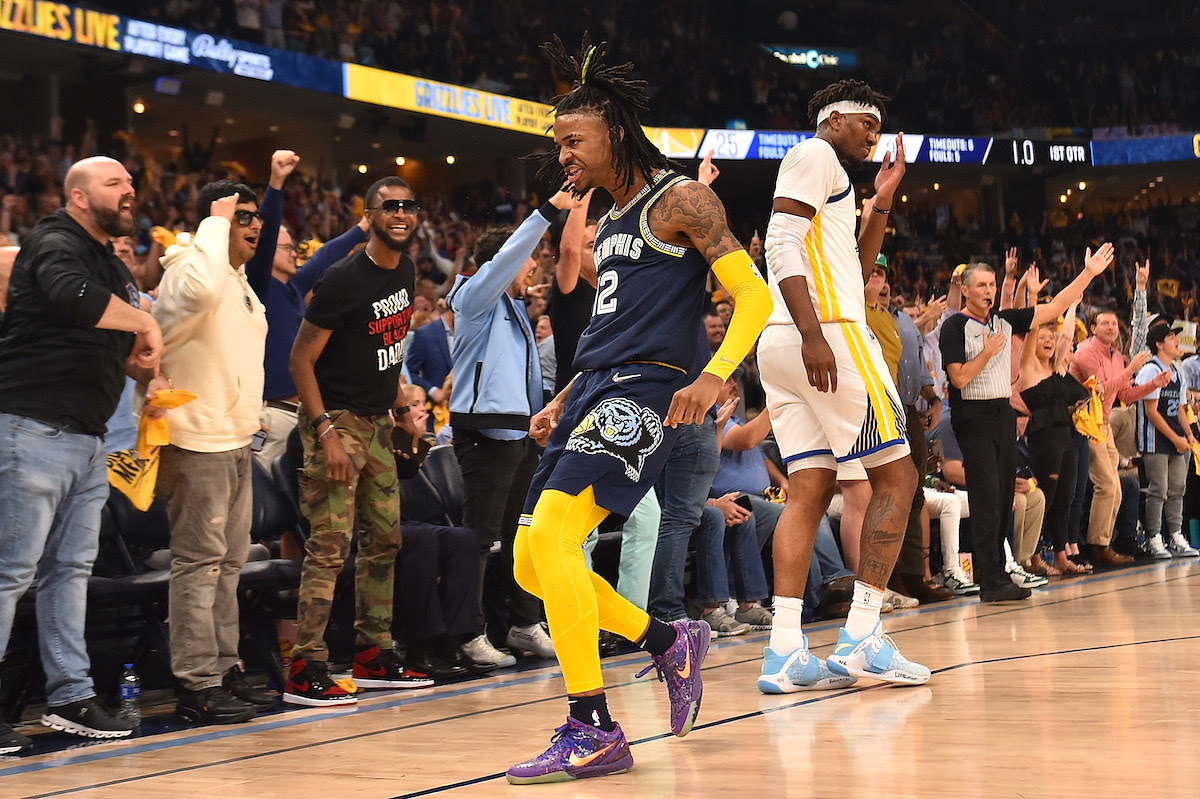 Getting spicy in the Association! The home teams bounced back in their respective Game 2s to salvage a split to open the conference semifinals. Ja Morant’s 47-point night made things interesting in the West as he continues to be must-see TV. In the early game, the Celtics opened a can on the Bucks to even things in the East. The playoffs keep rolling into May…

It took a late rally and 47 points from Ja Morant (47-8-8) to lift the Grizzlies over the Warriors in Game 2. The trio of Steph Curry, Klay Thompson and Jordan Poole went a combined 6-for-28 from deep (21.4 percent), and they still only lost by five on a night where Morant flirted with 50. In the end, Memphis trailed down the stretch facing a 2-0 series hole, but Morant stepped up to score the Grizzlies’ last 15 points in the final 4:16. Memphis is alive and thriving. Series Tied (1-1)

After dropping Game 1 in TD Garden, the Celtics delivered a no-doubter on Tuesday with a 23-point blowout. Jayson Tatum (29), Jaylen Brown (30) and Grant Williams (21) were unconscious from beyond the arc. They shot a combined 17-for-29 (58 percent) from 3-point range. Meanwhile, the Bucks couldn’t buy a bucket en route to their lowest-scoring night of the year. It’s all square out East. Series Tied (1-1)

Miami Heat guard Tyler Herro was named the NBA’s Sixth Man of the Year on Tuesday after posting a 20-5-4 average this season while coming off the bench for the top team in the East. He led the league in scoring for bench players and dropped 30 points in eight games. The announcement came one night after Herro scored 25 in Miami’s Game 1 win against the 76ers.

SI: Steve Kerr Sounds Off on Dillon Brooks’ Foul of Gary Payton II: “That Wasn’t Physical, That Was Dirty”

Triple OT in the Garden 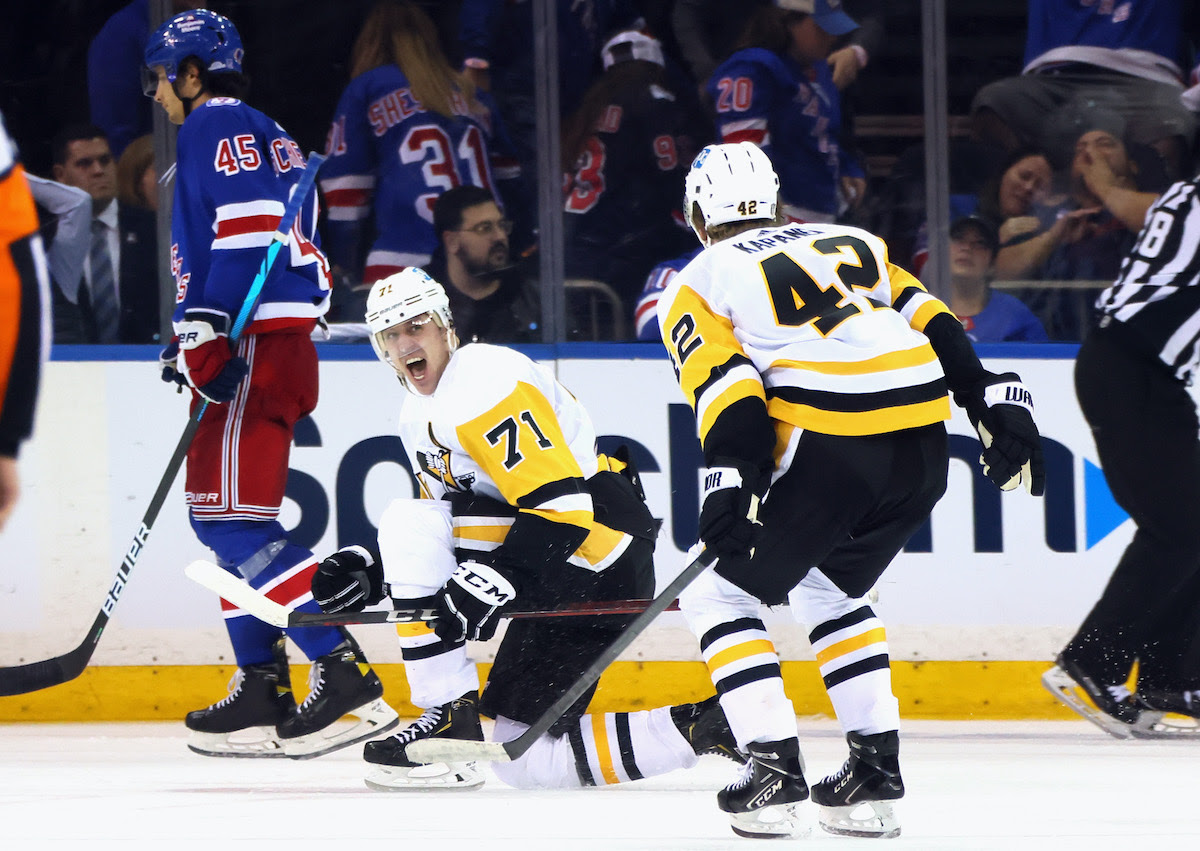 Hockey heaven is upon us! The second set of Game 1s in the NHL’s opening round had plenty to track, but the Penguins delivered the magic. Pittsburgh rallied from a 2-0 deficit to force overtime — three overtimes, to be exact — before Evgeni Malkin netted a deflection in the third OT. Jake Guentzel scored twice in the comeback thriller. Rangers goaltender Igor Shesterkin made 79 saves, and lost. The Penguins’ 83 shots on goal were the second most in over 50 years of NHL playoff history. The hockey postseason is off with a bang.

Elsewhere around the league, the Flames were 1-0 winners, the Avalanche poured seven on the Preds and the Capitals stunned the top-seeded Panthers.

NHL: Capitals’ Patience Pays Off With Comeback Win in Game 1

Reds Rise to the Occassion 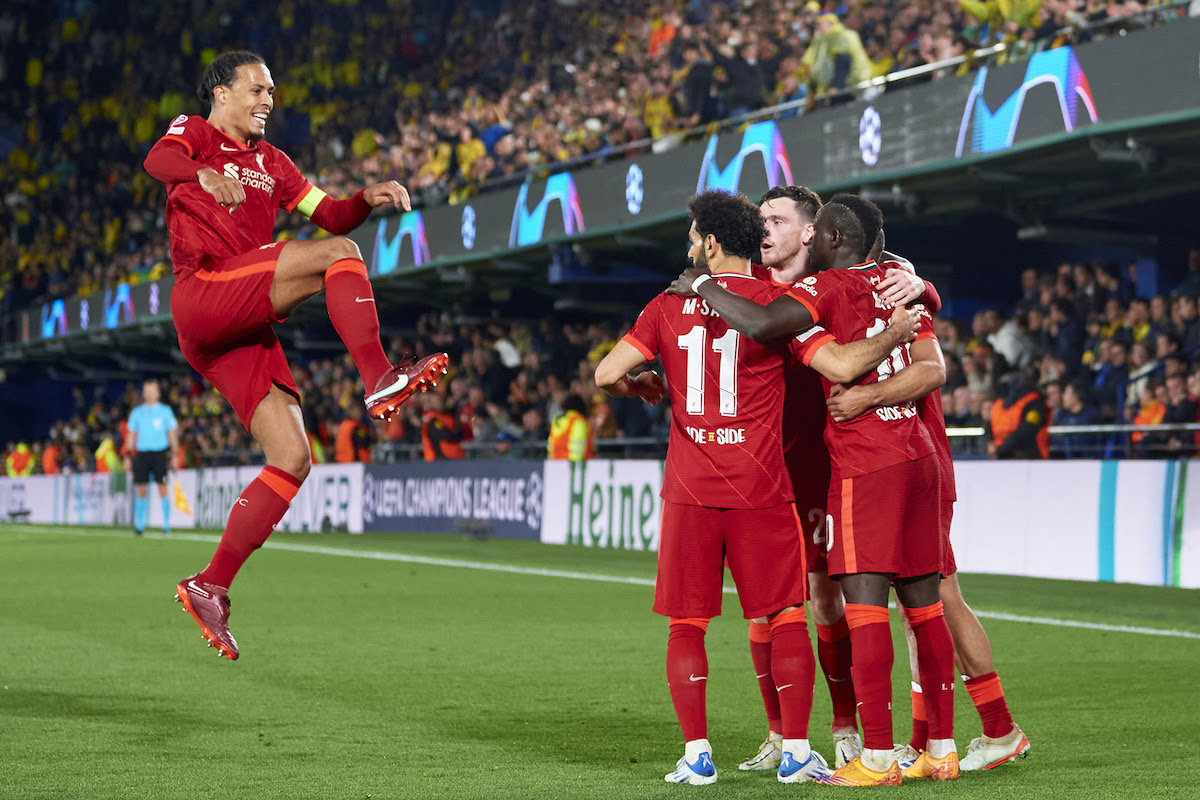 The first of two spots in the UEFA Champions League final is set! Liverpool were 3-2 winners over Villarreal in Leg 2 of the semifinals on Tuesday. The Reds advanced to the final (May 28) by three goals in aggregate scoring (5-2, Agg.) despite a first-half scare. Villarreal tallied two goals in the opening 45 minutes to even-up the aggregate scoreline, but a 12-minute blitz in the second half saw three Liverpool strikes — Fabinho (62’), Luis Diaz (67’) and Sadio Mane (74’) — that put the semifinal to bed. The Reds will reach the Champions League finale for the tenth time in club history. They’ve won it six times, including 2019, and they’ll now await the winners of Real Madrid and Manchester City in today’s other semifinal match. 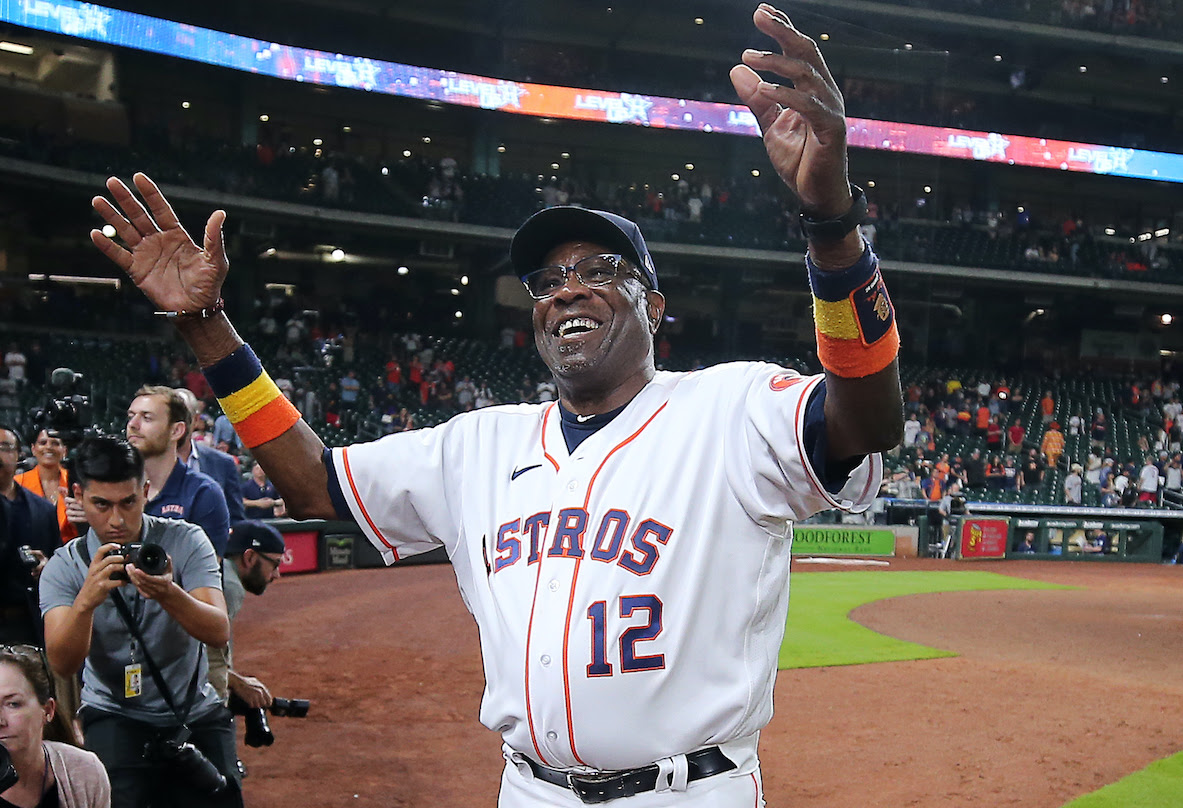 Astros 72-year-old skipper Dusty Baker claimed his 2,000th win with Houston’s shutout of the Mariners (4-0). He becomes the 12th manager in the 2,000-win club and the first black manager in league history. Ten of the other 11 are in the Hall of Fame with Bruce Bochy (11th) a lock to join someday.

It’s early, but New York baseball is on fire. The Yankees won their 11th straight game on Tuesday with a 9-1 shellacking of the Blue Jays. Aaron Judge and Giancarlo Stanton both went yard. The Pinstripes (18-6) and Mets (18-8) are 1-2 atop the majors.

Mad Max Tossed From the Dugout

Mets ace Max Scherzer wasn’t on the mound, but he still got tossed from Tuesday’s Mets-Braves game for arguing calls in the sixth inning. The Mets beat the Braves in both games of a doubleheader (3-0 & 5-4).

The U.S. officially classified WNBA star Brittney Griner as ‘wrongfully detained’ by the Russian government on Tuesday. The formal change is a significant development that opens a new path to secure Griner’s freedom two months after she was arrested. (Yahoo! Sports)

The horses are nearing the starting gate for the 148th running of the Kentucky Derby. The post position draw and morning line odds were released, and the countdown to “the most exciting two minutes in sports” and America’s most popular horse race is set. (Forbes)

What to do With Baker Mayfield?

Baker Mayfield’s status since the start of the offseason has remain unchanged. And while the NFL’s quarterbacking carousel has been bustling, including several deals struck for signal-callers with new teams, Mayfield’s own phone lines have remained seemingly dormant. (FOX Sports)