Monday’s sports news madness had a little bit of everything. From NBA and NHL playoff action to a moment of NASCAR history and the latest stunning suspension in the NFL, we’ve got it all. I’ll start things off by lighting the fire with the 1-seeds in the NBA postseason. 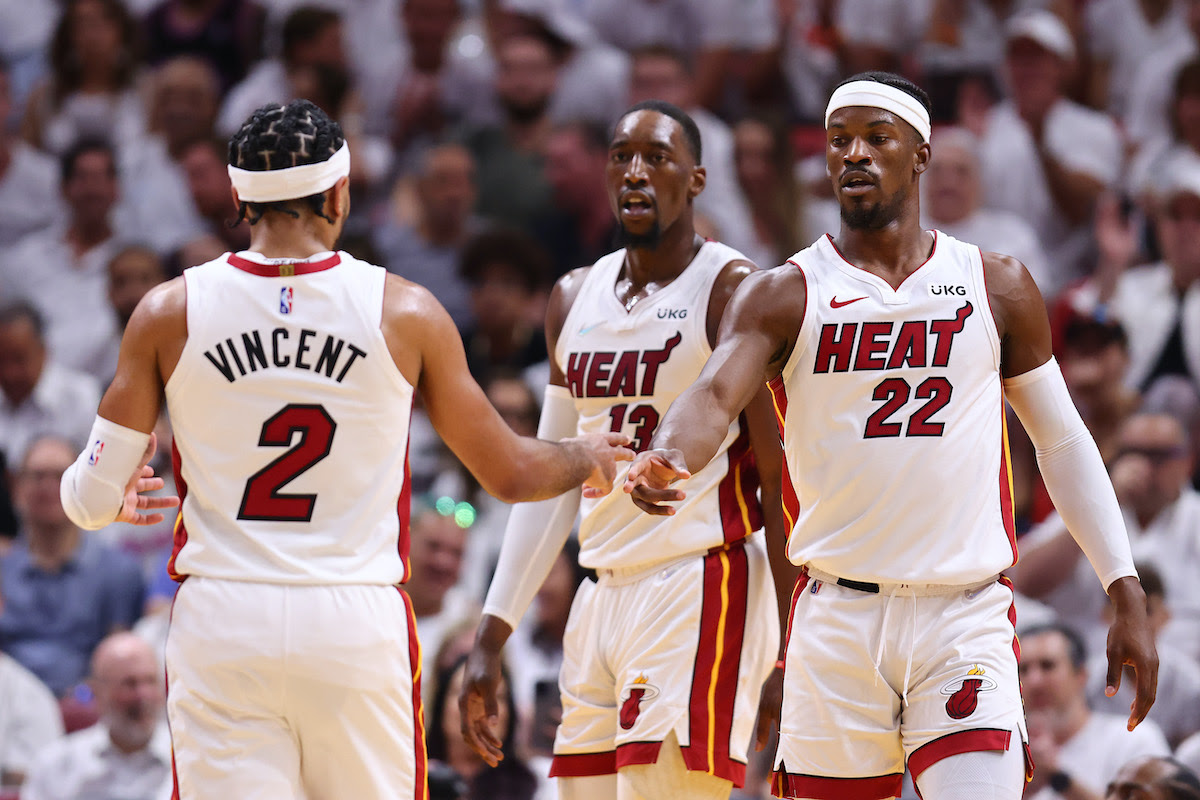 The second set of Game 1s in the NBA conference semifinals saw the 1-seeds take charge. Both the Heat and Suns kept things hot with balanced team efforts. Joel Embiid’s facial fracture injury continues to be a big storyline in the East while Luka Doncic’s 45-point outburst wasn’t enough to get a win. The playoffs rage on.

The 76ers stepped into the semifinals without their leading man, Joel Embiid. And they’ll be without him for Game 2, too. In his absence, the ball fell to the supporting cast who didn’t deliver. Tobias Harris (27 points) carried the Philly offense while James Harden (16 points) was still a shell of ‘The Beard’ we once knew. The Sixers led by one at halftime, but Miami’s second-half surge slammed the door. Bam Adebayo (24 points, 12 rebounds) took advantage of the missing big man, and Tyler Herro poured in 25 points off the bench. Neither team shot it well, but the Heat have a golden opportunity to take a 2-0 series lead in Embiid’s absence. MIA Leads Series (1-0)

Make it six straight Game 1 wins to open a series for Phoenix, and this one was a wire-to-wire win. The Suns led by as many as 21 before a furious Dallas comeback attempt in the final eight minutes that made things interesting. Luka Doncic poured in 45 points (45-12-8), but Phoenix’s balanced attack saw six players in double figures, including 91 points from their starters. Devin Booker flirted with a triple double (23-9-8) while DeAndre Ayton (25 points, 8 rebounds) was a force inside. PHX Leads Series (1-0)

ESPN: Keys to Every Round 2 Matchup in the NBA Playoffs

The Quest for the Cup Begins 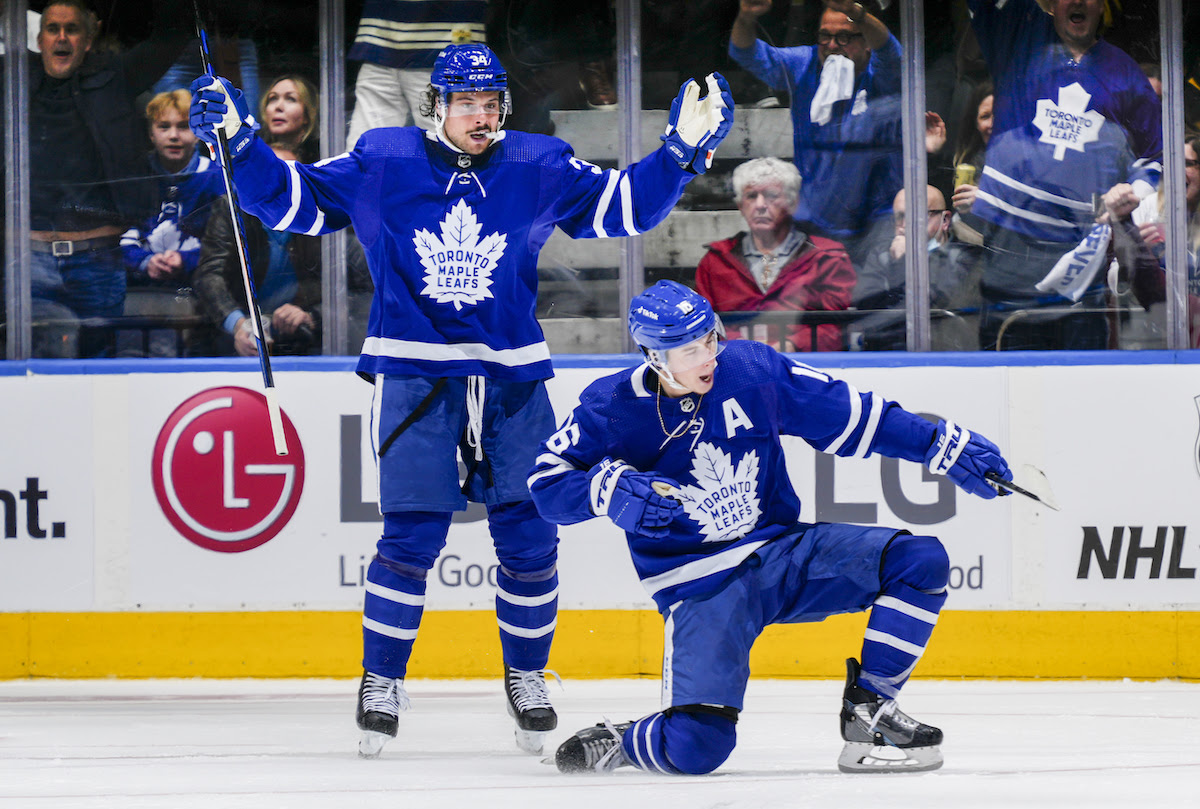 The Stanley Cup Playoffs are officially underway, and there were no shortages of storylines on Night 1. The Lightning got waxed by Auston Matthews (2 goals) and the Maple Leafs (5-0) for the largest loss by a defending champion in a playoff opener. The Kings staved off the Oilers’ comeback attempt (4-3) while the Hurricanes blasted the Bruins (5-1). To top it off, David Perron’s hatty gave the Blues a 4-0 shutout against the Wild. Two months of postseason hockey is now a nightly treat. Enjoy! 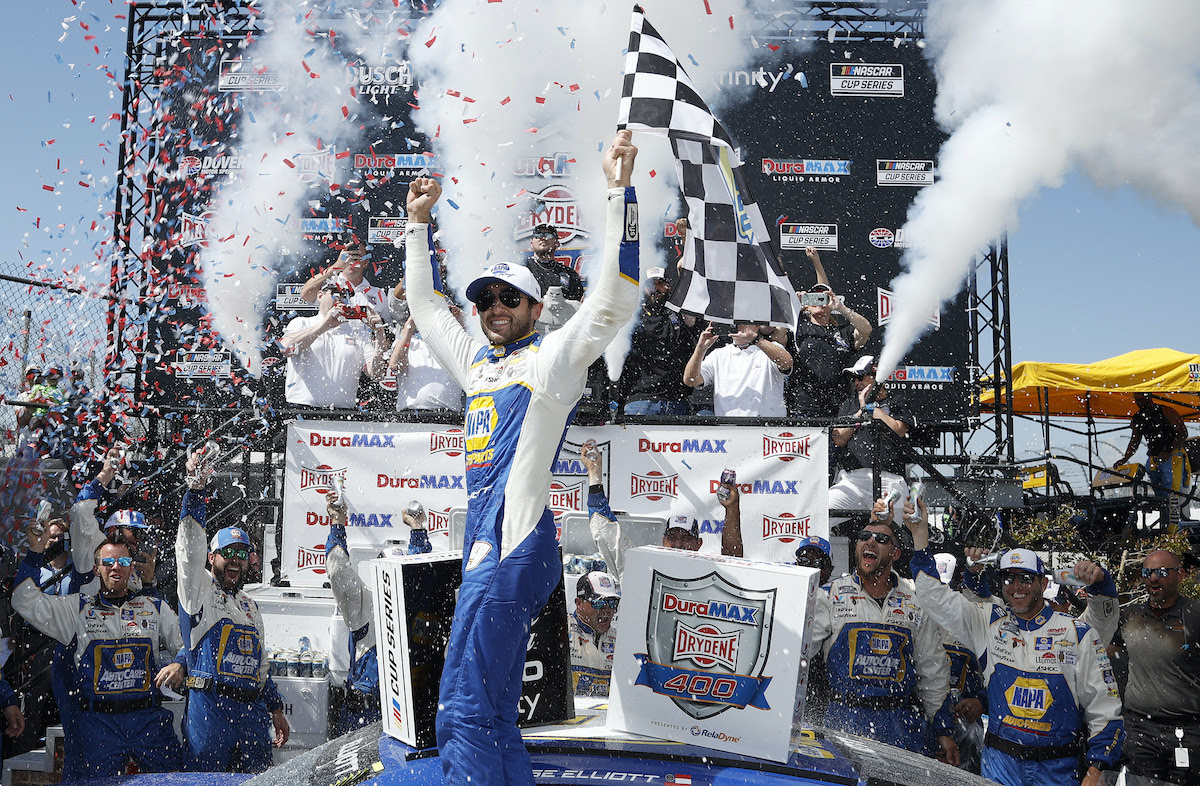 Four up, four down. Chase Elliott swiped his 14th career victory on Monday at the rain-delayed DuraMAX Drydene 400 at Dover Motor Speedway. He led the final 53 laps of a 400-lap marathon before outlasting Rickey Stenhouse Jr. in a race that included a dozen caution flags. The win was the first of the year for Elliott, making history for Hendrick Motorsports with the fourth team car to hit the winner’s circle this season. No team in NASCAR Cup Series history has had all four of its drivers win races in the opening 11 races of a season, until now. It’s the fifth win of the year overall for Team Hendrick. 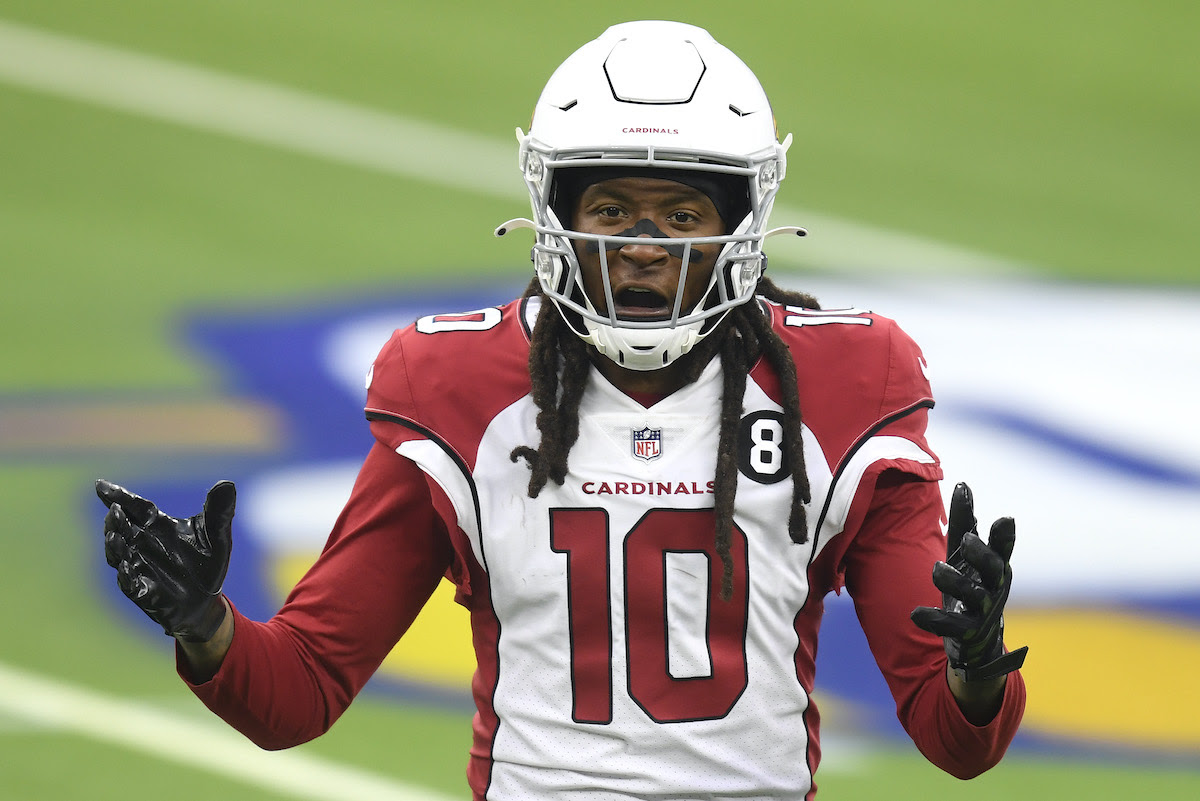 The Arizona Cardinals were the NFL’s best team through the first half of the 2021 season, but a few losses and an injury to WR DeAndre Hopkins derailed their Super Bowl hopes. Now, D-Hop will be on the sidelines to open the 2022 season. The NFL announced Monday that Hopkins has been suspended six games for violating the league’s performance-enhancing drug policy. He’ll be allowed to participate in training camp, but he won’t play on a Sunday until late mid-October. He initially planned to appeal the suspension, but later withdrew.

It appears Arizona knew the punishment was coming, which would explain their move on draft night to swing a deal for WR Marquise Brown from the Ravens for their first-round pick. Brown was college teammates with QB Kyler Murray, but the team knew it needed to replace Hopkins in the early season.

The Yankees kept their early-season win streak alive with some 9th-inning drama against the Blue Jays (3-2). Gleyber Torres smacked a two-run blast in the 4th before a base-knock RBI to plate Tim Locastro for the game-winning run. That’s 10 straight for New York (17-6) to lead the majors.

Manchester United beat down Brentford (3-0) on Monday to win their final home match of the Premier League slate, but their top-4 chances are still slim to none. Cristiano Ronaldo scored in waht could’ve been his last appearance at Old Trafford. The Red Devils (58 points) are five points out of the top-4 with just two matches left.

10 Moves to Come After NFL Draft

The 2022 NFL Draft is in the books. Some teams added a whole lot of premium talent (looking at you, Jets). Some added big names at quarterback (hello, Steelers and Titans). But none of the 32 teams are totally finished assembling their rosters for the upcoming season. (CBS Sports)

The Brilliance of Howie Roseman

Eagles GM Howie Roseman landed A.J. Brown while maintaining his stockpile as Philly’s process of collecting and trading picks is unmatched. Plus, how the Jets’, Panthers’ and Lions’ plans came together, QBs slide and a tribute to Kevin Colbert. (Sports Illustrated)

The Top Moments From Day 3

In case you missed it, Day 3 of the NFL Draft was a whirlwind. The final few rounds sometimes get shuffled into the shadows, but there were plenty of highlights and late-round steals to be had. Here are the top moments. (FOX Sports)