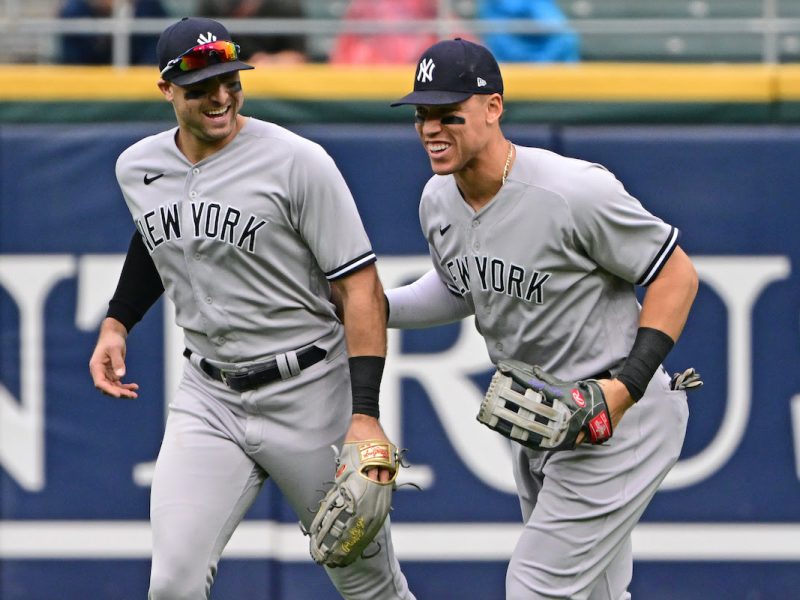 The NBA and NHL postseason got a night off on Monday, but the action returns tonight with the Eastern Conference Finals and Round 2 on ice. We’re utilizing the break to dive deep on the diamond, and The Sportsletter’s right-hand man has some thoughts on the NBA MVP race… 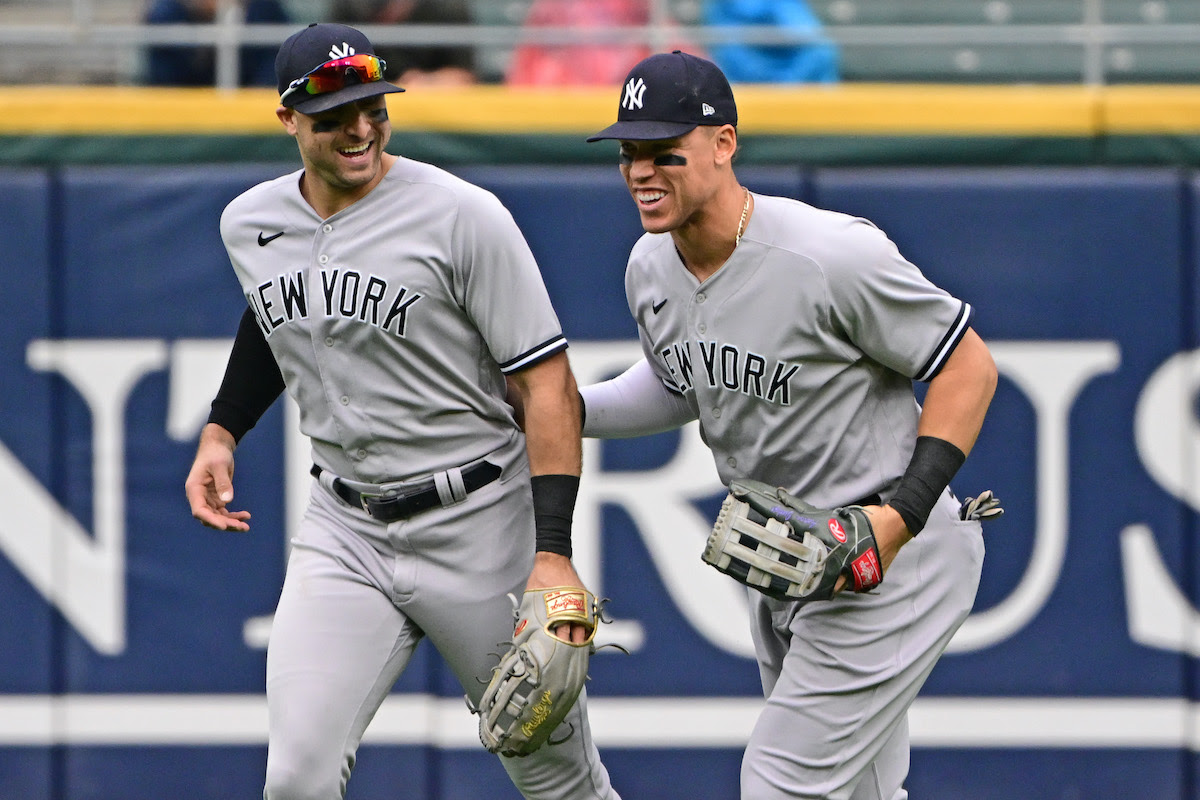 We’re nearing the first-quarter mark of the 2022 MLB season, and it’s time to separate the men from the boys. I’ll admit that baseball has taken a backseat to the NBA and NHL postseasons, but baseball’s summer in the spotlight isn’t far off. A dozen teams will make the MLB playoffs this year after the new CBA signed in March. And with that, those12 teams — if the playoffs started today — dash toward the playoffs and into our early-season power rankings.

It’s still really early and a lot can happen to shake up the divisional races. Remember when the Nationals reversed a 19-31 record in late May before winning the World Series? That was a rarity, but the 2022 Fall Classic champion might not even be on our list. Let’s pretend they are…

Yankees At The Top

New York is head and shoulders the best team in baseball through six weeks. New York hasn’t won the World Series since 2009. The Astros’ latest win streak closed the gap for American League supremacy. The Dodgers and Mets have been a mixed bag in the last two weeks — they’re both 5-5 in their last ten games. Meanwhile, the Giants are surging and the Angels’ star-studded lineup is certainly fun to watch.

Sleepers Who Could Turn It Around

A few teams towards the bottom of our list definitely have the firepower to become divisional winners as things shake out. The Blue Jays and White Sox are teams hovering around .500 that should have no problem flirting with 100 wins. Don’t leave the Braves and Rangers behind either just because of early-season slumps. And the Diamondbacks — the MLB’s surprise team of 2022 — might just make the playoffs for the first time in five years.

No surprise the NL West is clicking once again. The Rockies (17-18) are still one win shy of putting all five teams with above-.500 records despite losing eight of their last ten games. The division has a combined win percentage of .572. No other division comes close.

Baseball is nearing the first-quarter mark of its 162-game marathon, and we’re just getting started. Stay tuned for our weekly MLB power rankings once the NBA and NHL postseasons wrap up in June.

CBS Sports: Batting Around: Which New York Team Has the Best Chance to Win World Series? 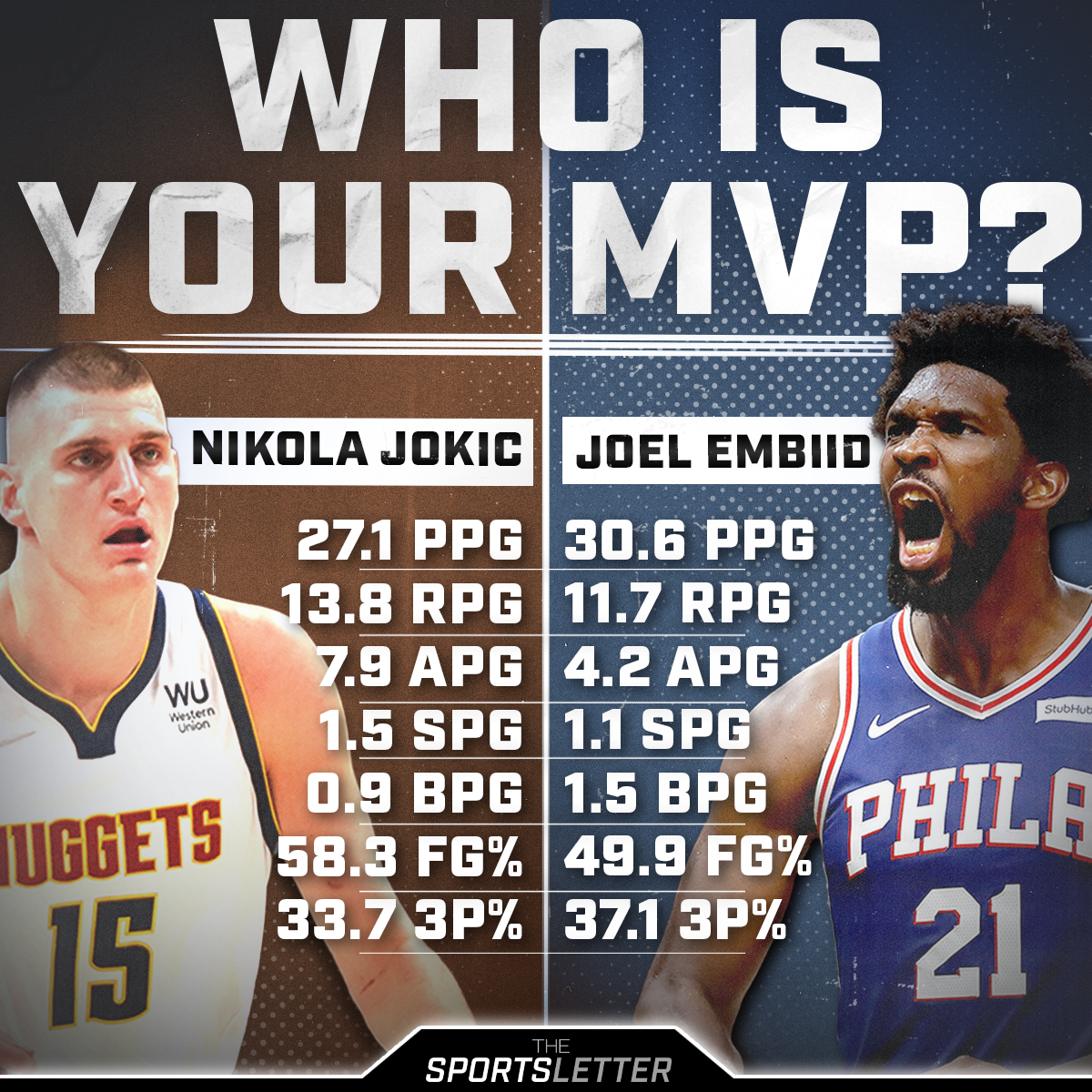 How NBA MVP Voting Became Such a Mess (By Matthew Cahill)

The 2021-22 NBA MVP was announced earlier last week, and it concluded one of the most highly debated awards races we’ve seen in sports history. For the second consecutive year, Nikola Jokic took the award home over Joel Embiid, which had split the NBA community in two. Jokic supporters claimed his incredible advanced stats and ability to drag his injury-riddled team into the playoff picture as merit to win the award, while those in Embiid’s corner argued that he led his team to a better record while being the top scorer in the league amidst the entire Ben Simmons trade drama. Going forward, it Is going to become even more difficult to confidently pick a winner in years to come, mainly because it’s an award that seems to be changing its meaning.

Tuesday’s NBA draft lottery doesn’t have quite as much overt consequence to it as we’ve seen in past years—no team is losing its pick as a result of the ping pong balls, and there may not be a sure-thing superstar lying in wait—but that doesn’t mean there’s not quite a bit on the line. (Sports Illustrated)

Hats off to the NFL. It sure does know how to sell its product. Not only has the league turned the combine and draft into massive spectacles, it’s also managed to make its full schedule release into a major event, too. (The Ringer)

How Jack Nicklaus Turned Down $100 Million

Greg Norman has long been leading the charge for the Saudi Arabia-backed LIV Golf Investments and its new series of events slated to begin in June outside London, but the two-time Open champion wasn’t the only person who was made an offer. (USA Today)