Did you catch history over the weekend? A record-breaking seven Game 7s hit the NBA and NHL Playoffs. The previous record in a single weekend was five (2014). Buckle up for Game 7 Heaven… 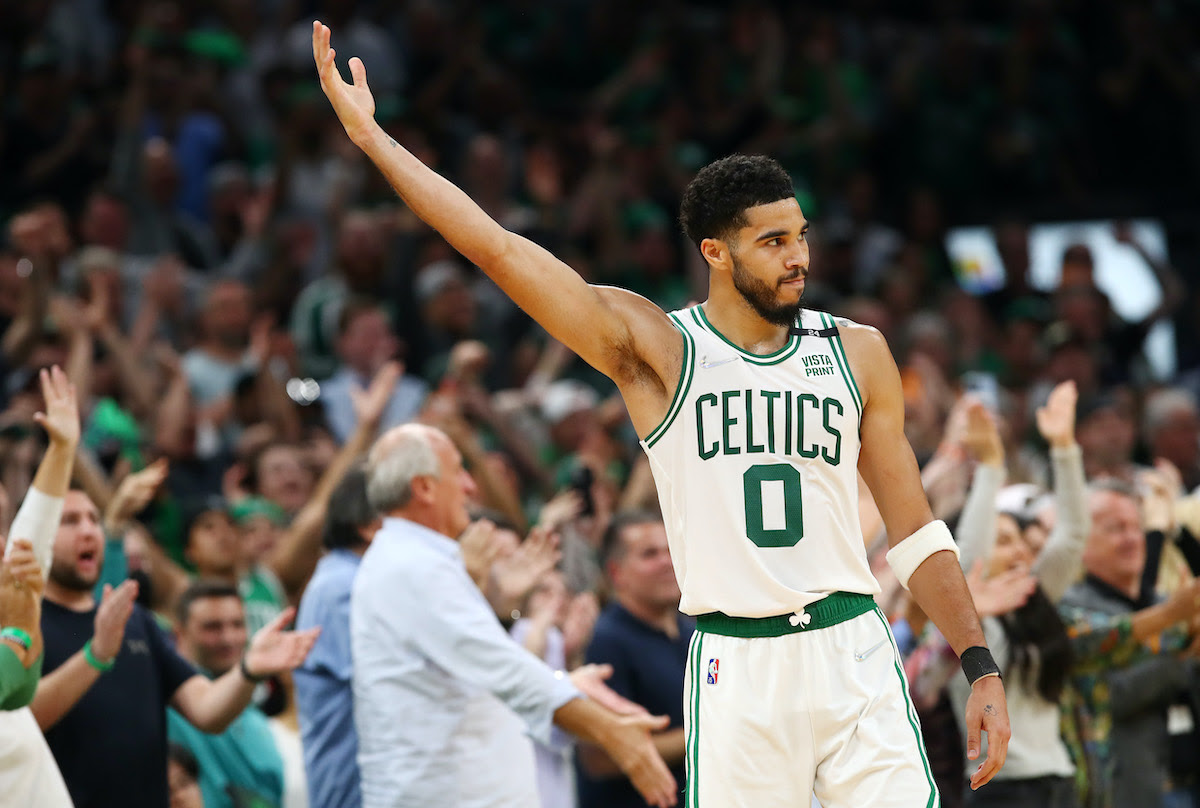 Both of the NBA Finals teams from last season exited the playoffs within hours of each other on Sunday thanks to a pair of shocking Game 7 blowouts. The Celtics forced Game 7 on Friday in Milwaukee, then they slammed the door on Giannis Antetokounmpo and the Bucks Sunday afternoon in Boston. Hours later, it was an earth-shattering blowout by the Mavericks over the league’s top team in Phoenix. Let’s run it back in the Association now that the conference finals are set.

The Game 6 fireworks between Jayson Tatum (46) and Giannis Antetokounmpo (44) were off the charts as the Celtics forced a Game 7 back in Boston on Sunday. The Bucks jumped out to the early lead after the first quarter, but it was all Celtics the rest of the way as they outscored the Bucks by 34 in the final three stanzas. Giannis’ 25-point, 20-rebound night couldn’t thwart a Boston runaway despite Tatum (23 points) and Jaylen Brown (19 points) staying tame. Grant Williams (27 points) was the surprise hero for the Celtics with seven 3s. The Celtics are heading to the conference finals for the fourth time in six years, but they haven’t won the East since 2010. BOS Wins Series (4-3)

Destruction in the desert! Game 7 between Dallas and Phoenix could’ve went a lot of ways, but no one expected this. Don’t let the scoreline fool you — the Mavericks pounded the Suns 57-27 in the first half behind Luka Doncic’s 27 first-half points. Yes, Doncic matched the entire Phoenix lineup in the first half before finishing with 35. The onslaught wasn’t done there. Dallas amassed a 42-point lead after three quarters. They hit 19 triples, including 11 from Doncic and Spencer Dinwiddie (30 points). The Suns’ starters combined for just 37 total points. It’s the Mavericks’ first trip back to the conference finals since the franchise won a championship with Dirk Nowitzki in 2011. DAL Wins Series (4-3)

B/R: Giannis Runs ‘Out of Gas’ as Bucks’ Supporting Cast Called Out for Poor Game 7 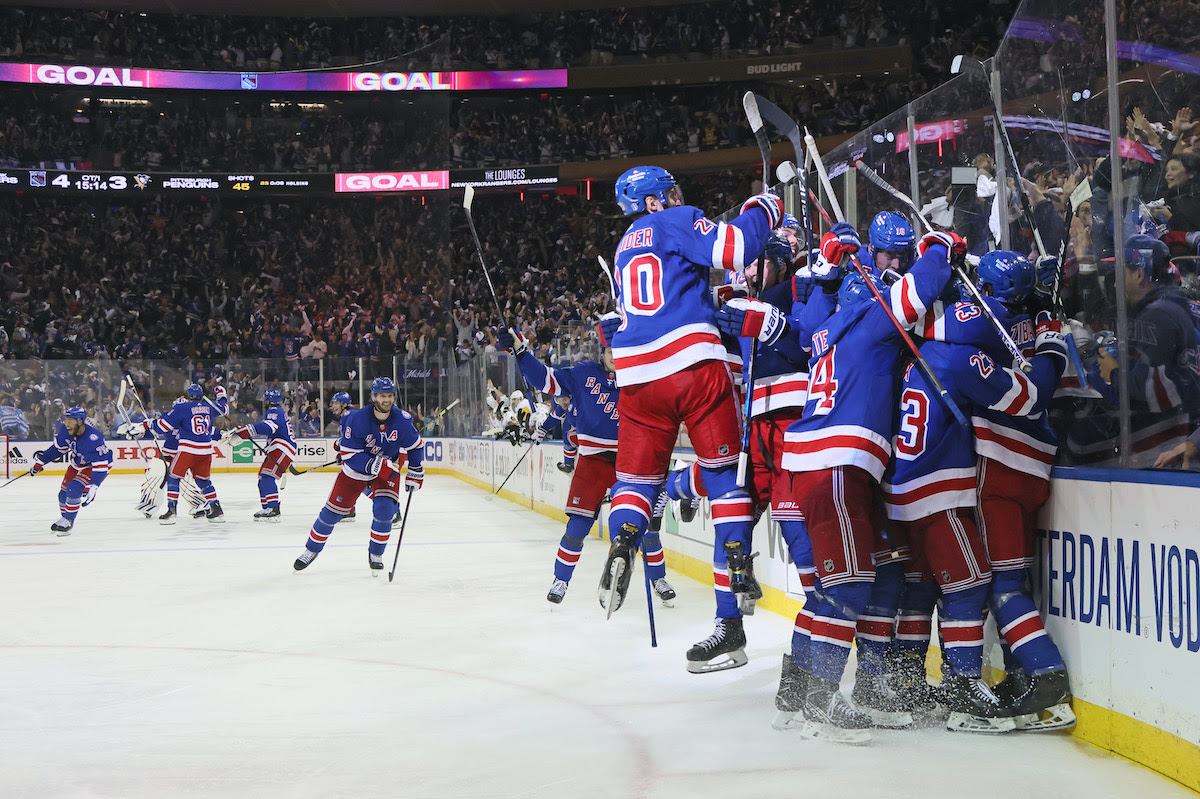 Game 7 heaven continued on the ice with a historic weekend in the Stanley Cup Playoffs. Five Game 7s in less than 36 hours saw five series decided by six total goals, including two overtime contests on Sunday. The Panthers started the weekend by eliminating the Capitals in Game 6 before the Hurricanes, Lightning and Oilers skated into Round 2. On Sunday, it was Artemi Panarin’s power-play OT winner that helped the Rangers shock the Penguins. Then, the Flames outlasted the Stars with Johnny Gaudreau’s overtime slapshot despite 60 saves from Stars’ goaltender Jake Oettinger. Chaos on ice… 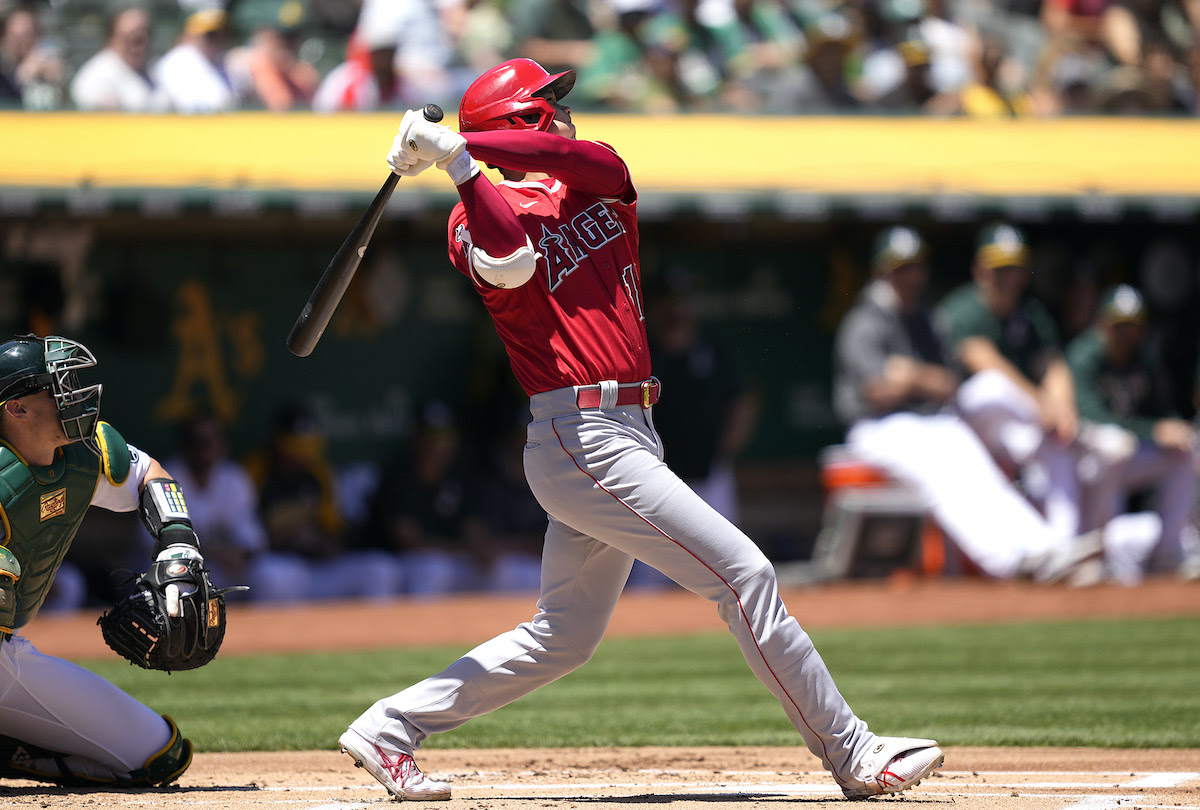 Another milestone for Shohei Ohtani? Check. The Angels’ dual-threat star smacked his 100th and 101st home runs over the weekend to join Babe Ruth as only the second player ever with more than 100 home runs as a batter and 250 strikeouts as a pitcher. He’s also just the third Japanese player to hit 100 homers, joining Hideki Matsui (175) and Ichiro Suzuki (117). Ohtani’s latest show of greatness came as the Angels swept the Athletics in a California beatdown series, outscoring Oakland 15-2 over three games. With the sweep, L.A. (24-13) has the second-most wins in the majors behind the Yankees (25-9).

The Reds Rare Loss: Losses aren’t rare this season for the Reds, but Sunday’s was… Cincinnati didn’t allow a hit to the Pirates and still lost (1-0). It’s just the sixth time in MLB history that a team has lost a game without giving up a hit.

Pujols the Pitcher: The Cardinals got rocked by the Giants on Sunday, but in the 9th inning of a lost cause, Albert Pujols took the mound. He gave up four runs, but he also made history as the second player with 600 home runs to pitch in a game (Babe Ruth).

Astros Streak Snapped: The Astros rode an 11-game win streak into the weekend before the Nationals snapped it on Saturday (13-6), but Justin Verlander fired back with a gem in Sunday’s 8-0 shutout. Houston (23-12) is still baseball’s hottest team with a 12-2 record in the month of May.

Yet another round of the 2022 NBA playoffs is about to be completed, which can mean only one thing: It’s time to update our postseason MVP rankings. Giannis, Luka and Butler are battling for the top spot. (Bleacher Report)

The Cincinnati Reds are the worst team in MLB, with little reason for hope. This is not a full teardown, the kind designed to accumulate prospects and stockpile draft picks. This is just the bill coming due for years of bad management. (Sports Illustrated)

An offseason of historic movement for some of the top players in the NFL should make for an entertaining slate of games in the 2022 regular season. The league schedule was released on Thursday, so here are the top 10 games to watch. (FOX Sports)