A busy Tuesday brought the NBA and NHL playoffs back to the forefront. The ping-pong balls decided the lottery order for next month’s NBA Draft. Stay tuned, golf fans. We turn the focus to the PGA Championship the rest of the week. 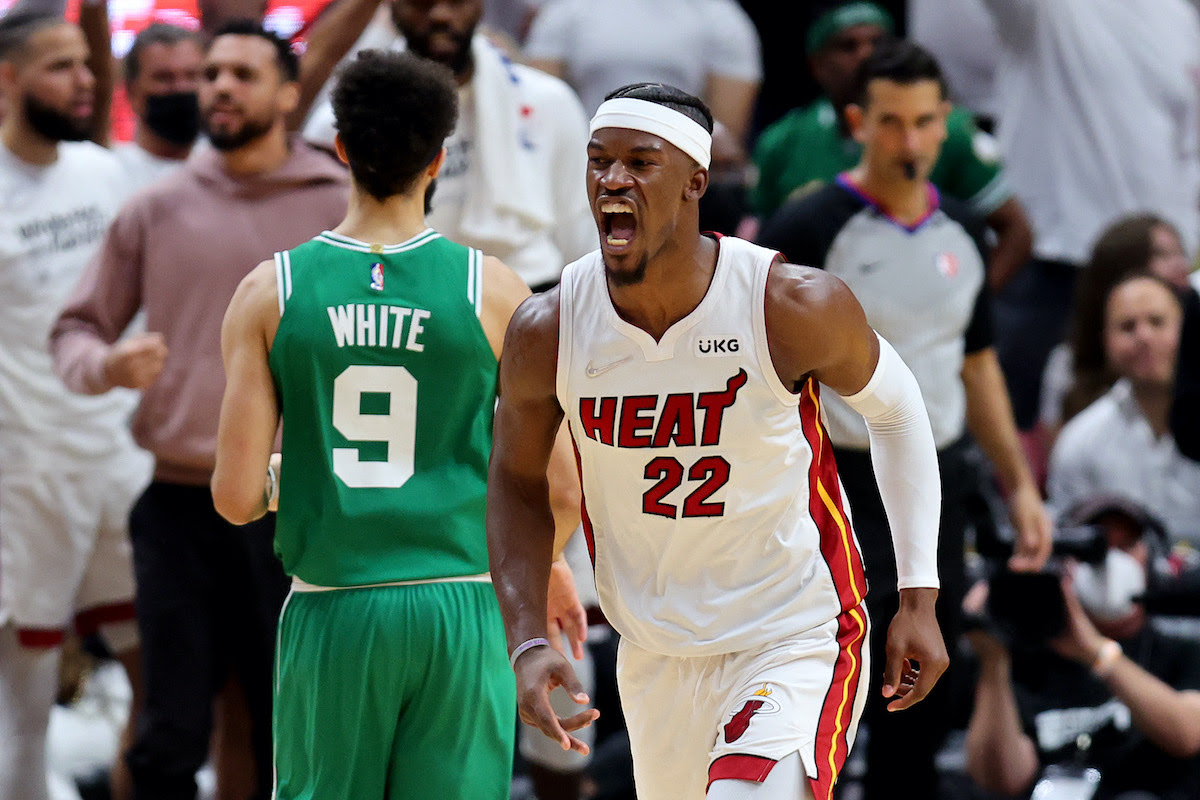 The Boston Celtics won quarters 1, 2 and 4, but a third-quarter explosion from Miami flipped the script in Game 1 of the Eastern Conference Finals. The Heat outscored the Celtics 39-14 in the third, including a 22-2 run to open the second half. Jimmy Butler had 17 of his game-high 41 points in the third period to spearhead the Heat runaway. Boston trimmed the lead back to four with three-plus minutes to go in the third, but another 15-2 run to close the third put the game out of reach. Butler did most of his damage from the free-throw line (17-for-18) in his fifth career 40-point playoff game. Game 1 goes to the Heat… Tuesday night’s NBA Draft Lottery saw the ping-pong balls fall the way of the Orlando Magic. The Magic had a 14% chance to earn the top selection, and it’ll be the franchise’s first No. 1 overall pick since the team drafted Dwight Howard in 2004. The Thunder (2nd) jumped into the top-4 with just a 12.5% chance, while the Rockets (3rd) also had a 14% chance. The big winners of the night were the Kings (4th) who had just a 7.5% chance but jumped into the top-4. Oklahoma City also owns the 12th pick from the Paul George trade with the Clippers back in 2019. Here’s how the NBA Draft will stack up: 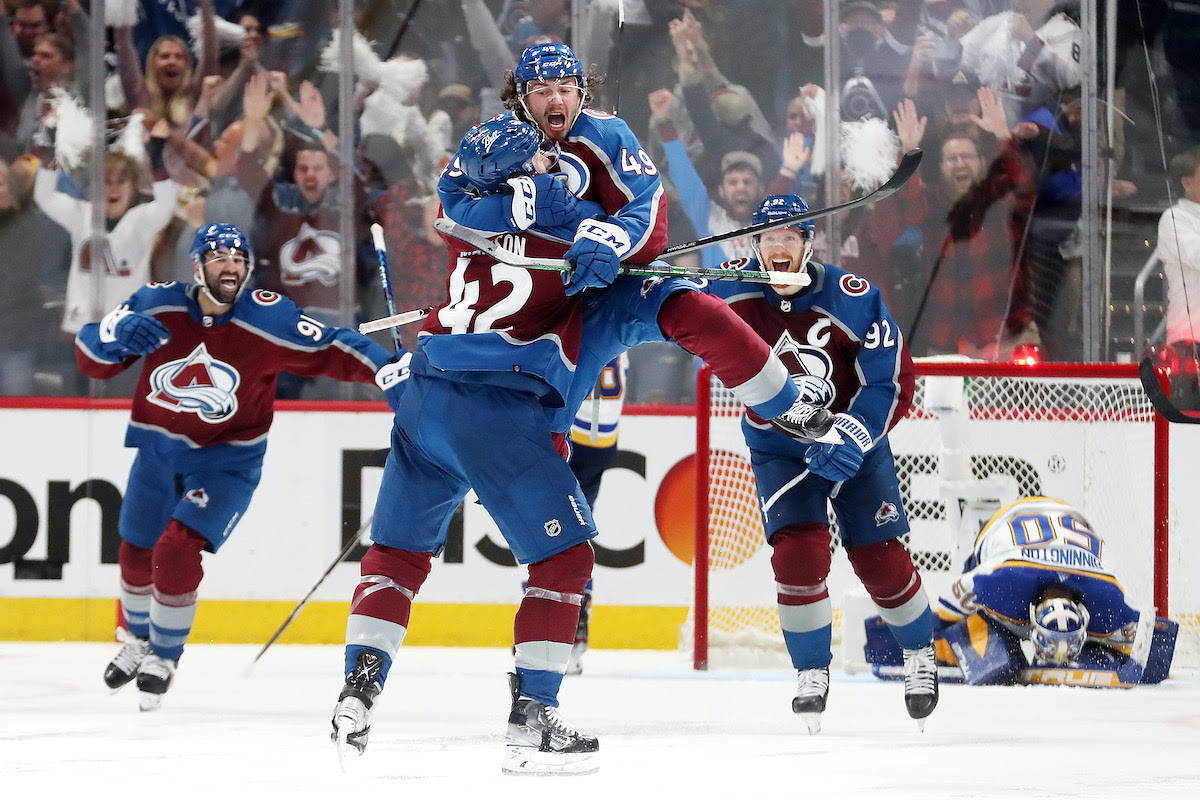 Five games in and the Colorado Avalanche still haven’t lost a playoff game. The Avs outlasted the Blues in Game 1 of the second round thanks to Josh Manson’s OT-winning wrister through traffic. The Avs survived despite Jordan Binnington’s 51 saves for St. Louis. Meanwhile, the all-Florida series was a blowout in favor of the Lightning. The Panthers struck first, but the Lightning fired four unanswered including a three-goal third period thanks to Nikita Kucherov’s goal and assist. The Lightning’s 3-peat quest is still on track. More action on the way tonight.

ESPN: The Round 1 Lessons That Will Impact 8 Remaining Contenders

An Inning to Remember 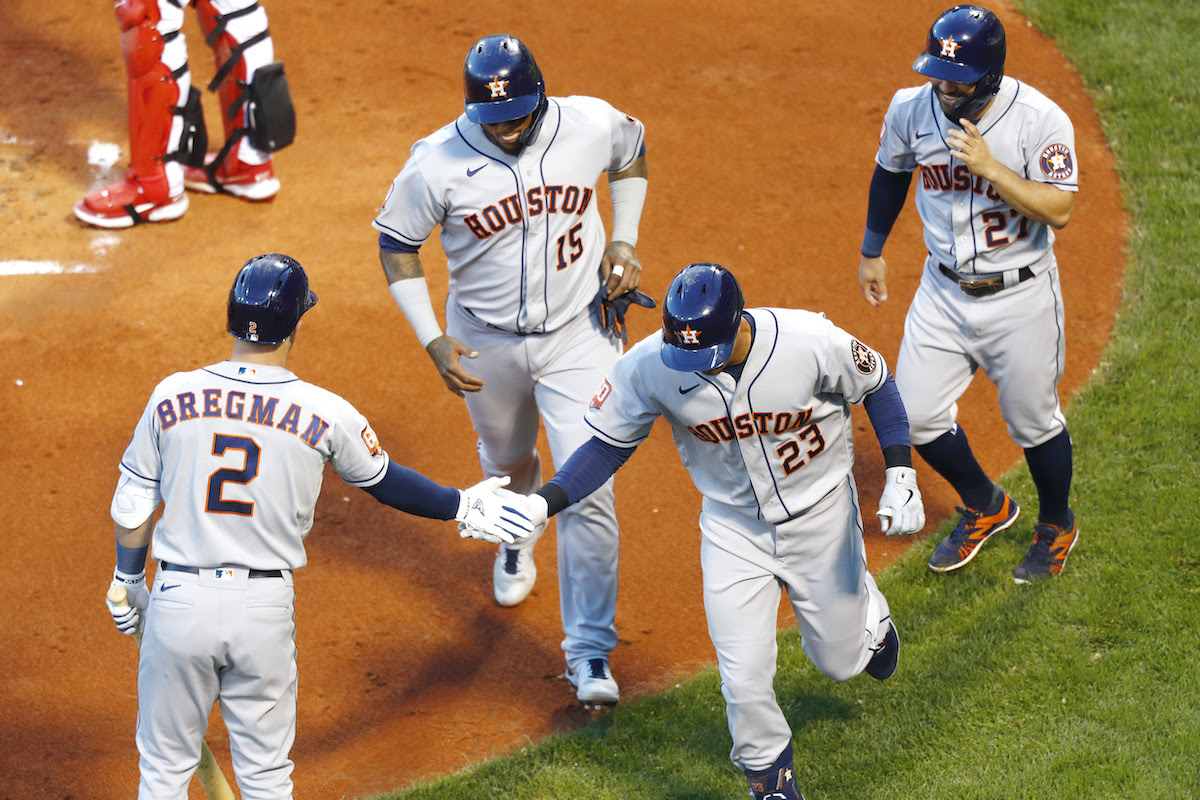 Nathan Eovaldi is on the wrong side of history. In the 2nd inning of the Red Sox-Astros contest at Fenway Park, Eovaldi became just the third pitcher in MLB history to give up five home runs in a single frame. It was Houston’s first 5-HR inning in team history, including jacks from Yuli Gurriel, Michael Brantley, Jeremy Pena, Kyle Tucker and Yordan Alvarez. One fan at Fenway caught two of the home run balls — in the same inning! Eovaldi was yanked before the 2nd inning concluded. He allowed eight hits and six runs with five homers and zero strikeouts in a brutal outing.

All Rise: Aaron Judge had himself a night with four hits and two home runs to help the Yankees clip the Orioles (5-4) for their third straight win.

Dingers in Double-A: Here’s a fun one. The Tulsa Drillers smashed nine home runs against the Amarillo Sod Poodles Tuesday night in a 15-12 slugfest. Amarillo hit four homers of their own — 13 total in the game. That’s the most in a Minor League game since 2005.

Players to Watch at French Open 2022

Tennis stars are often made – or discovered – at grand slams, and the upcoming French Open is set to showcase plenty of new and existing talent. Here’s a look at the players who could thrust themselves into the limelight at Roland-Garros. (Sporting News)

5 Most Interesting Players in Conference Finals

A month after the 2022 NBA playoffs tipped off, we’ve whittled our way down to the final four. From the sensational Luka Doncic to … the two-way force that is Andrew Wiggins? We spotlight the players that could make the biggest impact in the third round.  (The Ringer)

Yankees Are Top of the Class

The Yankees are the best team in MLB this season, and it’s obvious. They are a club without a flaw, and Aaron Judge is better than ever. Plus, notes on the return of glove-first shortstops and Taylor Ward’s breakout season. (Sports Illustrated)