A stunner in the Champions League stole the focus on Wednesday as Real Madrid rose from the dead in the final minutes. A stunning finish you have to see to believe… That and more from the NBA and NHL Playoffs before tomorrow’s weekend flip for the Kentucky Derby and WNBA tip-off.

Madrid Magic in the Champions League 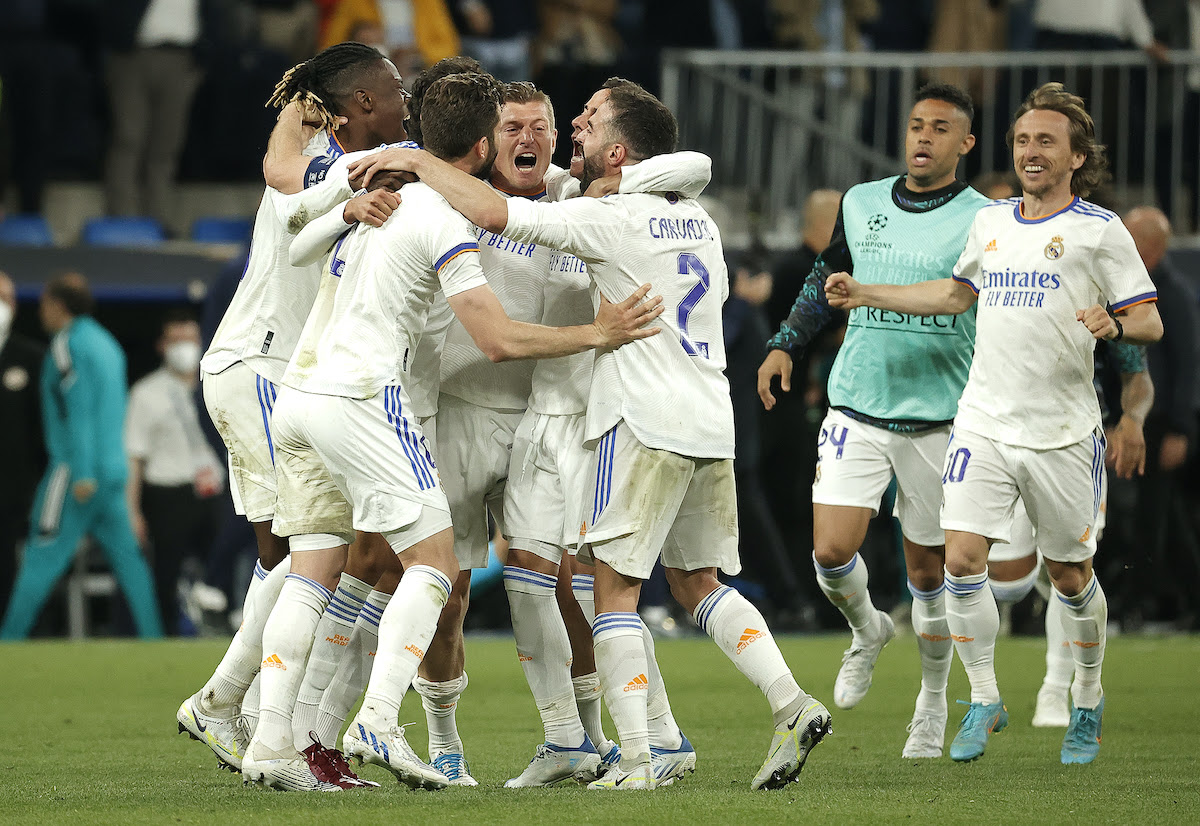 A miracle moment for Real Madrid! The second leg of the Champions League semifinal on Wednesday saw Manchester City take a 1-0 lead (5-3, Agg.) on Riyad Mahrez’s 73rd minute strike. Just when it looked as if City were cruising to an all-English final, Los Blancos pulled one of the great comebacks of all-time. Karim Benzema redirected a ball to the foot of Rodrygo in the 90th minute to breathe life into Real Madrid. He notched a wild header a minute later to force extra soccer with a tied aggregate scoreline (5-5). In the extra frame, it took five minutes before Benzema earned a penalty kick and slotted it to the bottom right corner. The Bernabeu crowd erupted, and Real Madrid punched their ticket to the final with Liverpool.

SI: No Champions League Chaos is Beyond Real Madrid 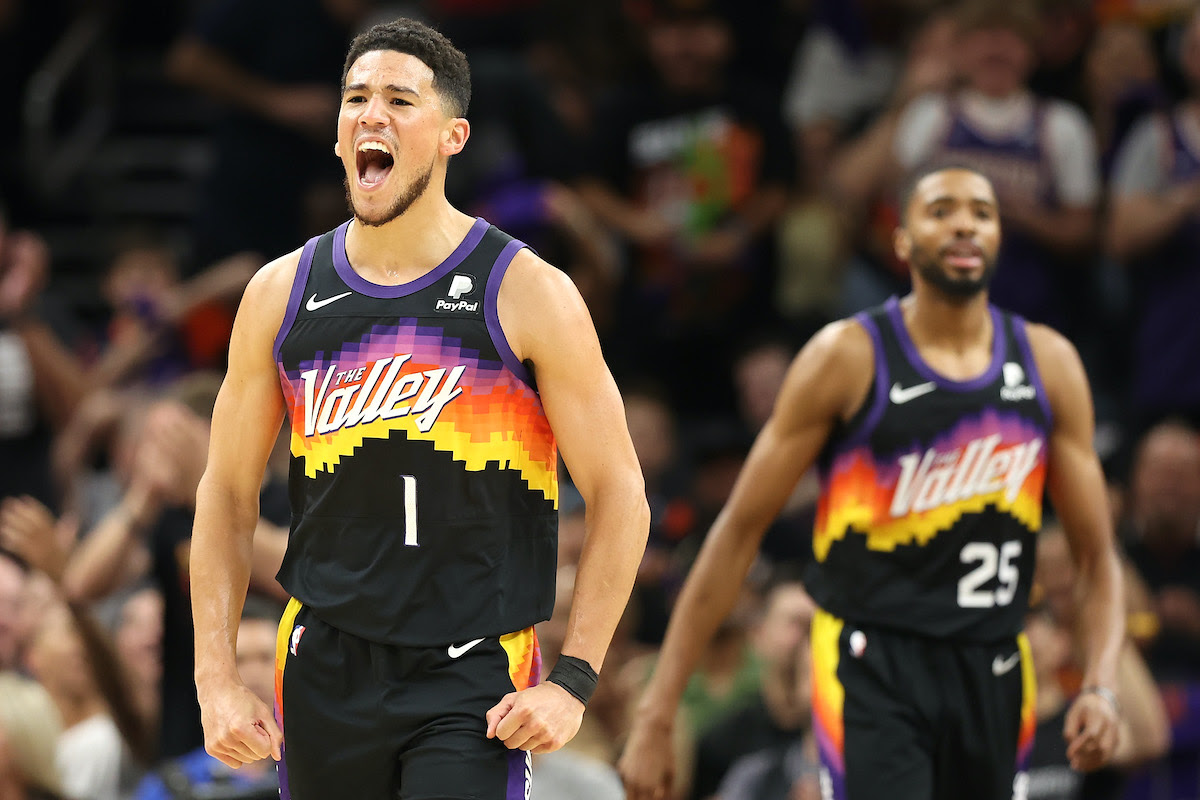 Another night of NBA postseason action saw the 1-seeds Phoenix and Miami exerting their dominance. There’s no promises in the 2-vs-3 series, but the semifinals look doomed for the 4-seeded Mavericks and Sixers. Here’s what happened in the Game 2s:

The disappearance of James Harden continues as the Heat drummed the Sixers in another game without Joel Embiid. Miami held Harden to just 20 points while Tyrese Maxey provided 34 on a night for Philly shot just 26 percent from 3-point land. The Heat’s balanced offensive attack proved to be too much again as the quartet of Bam Adebayo (23), Jimmy Butler (22), Victor Oladipo (19) and Tyler Herro (18) combined for 82. Miami shot lights out from deep (48 percent). The 76ers’ only hope is a trip back home and the return of Joel Embiid. MIA Leads Series (2-0)

Another big night from Luka Doncic (35 points) wasn’t enough to survive the Suns’ high-octane backcourt. Chris Paul (28 points, 8 assists) and Devin Booker (30 points) popped off with 58 points on a night where the Phoenix shot 64 percent. Mavs held a two-point advantage at halftime before the Suns put up 71 in the second half. The series heads back to Dallas with the Mavs on the ropes, and they’ll need to get Doncic a supporting cast in Games 3 and 4 to avoid the sweep. PHX Leads Series (2-0)

Yahoo! Sports: CP3 Takes Over in the 4th Again as Suns Eclipse Mavericks

A Wild Start to the Playoffs 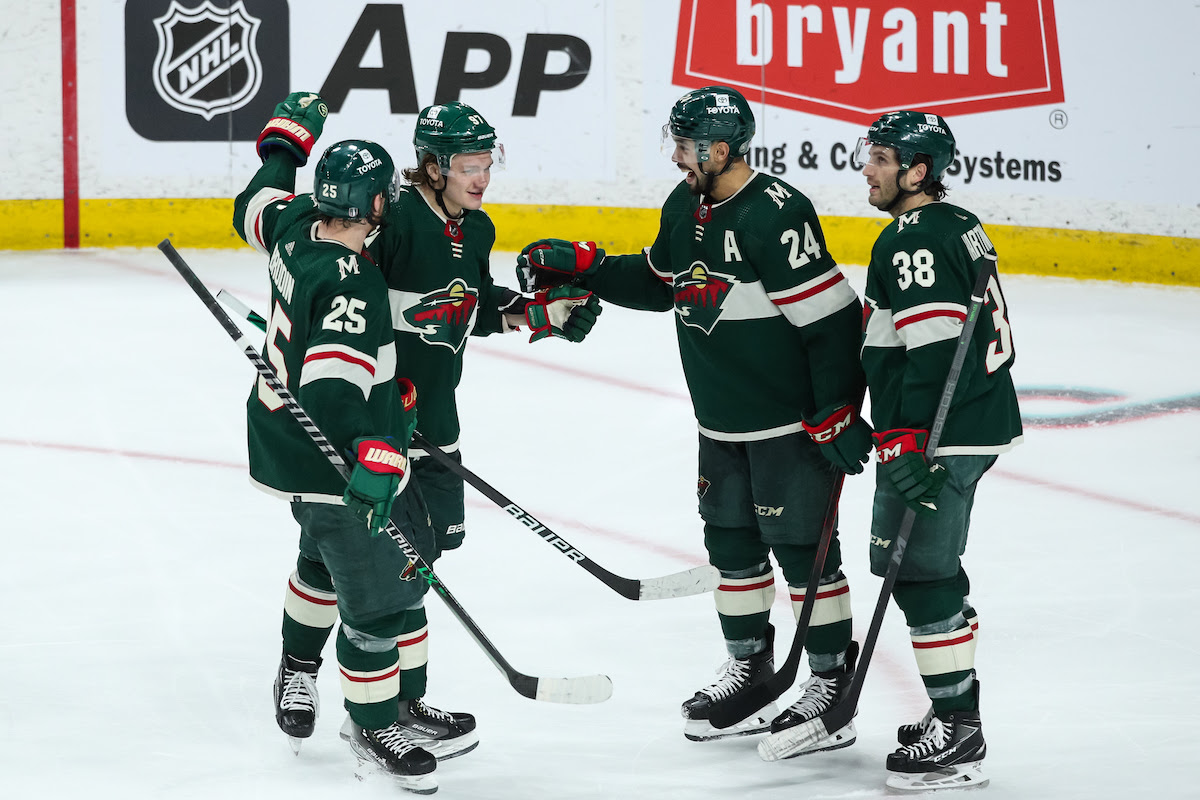 Another four-pack from the Stanley Cup Playoffs saw three teams make things interesting. The Lightning, Wild and Oilers all got a game back on their opponents while the Hurricanes look to bury the Bruins. Victor Hedman (Lightning) had a goal and three assists in Tampa Bay’s bounce-back win. Evander Kane (Oilers) tallied two goals and an assist to lead Edmonton. But it was Kirill Kaprizov (Wild) with a hat trick to earn the game-puck from Wednesday night. Early-round drama could yield a few lengthy series on ice, and we’re here for it.

ESPN: 8 Lessons From a Wild Start to the Stanley Cup Playoffs

Madison Bumgarner’s start on Wednesday was short-lived as the Diamondbacks ace was ejected in the first inning after a bizarre exchange with an umpire over strike calls and a substance check. He had to be held back by teammates.

The Seattle Sounders handed Pumas UNAM a 3-0 defeat in the CONCACAF Champions League final on Wednesday behind a pair of goals from Raul Ruidiaz. The win ended the MLS slump in the CCL after a 2-2 draw in Leg 1. It’s the first time an MLS team won a CONCACAF title since 2000.

After six weeks away from tennis with a rib injury, Rafael Nadal returned with a bang at the Madrid Open on Wednesday. Nadal scorched Miomir Kecmanovic in straight sets (6-1, 7-6). The Spaniard looks to win his sixth tennis crown in his home country this week.