A slow sports news day in June gives us time to prep for the Stanley Cup Finals. Game 1 hits the ice tonight. Plus, Cardinals pitcher Miles Mikolas was one out away from a no-hitter before the unthinkable. Heartbreak. 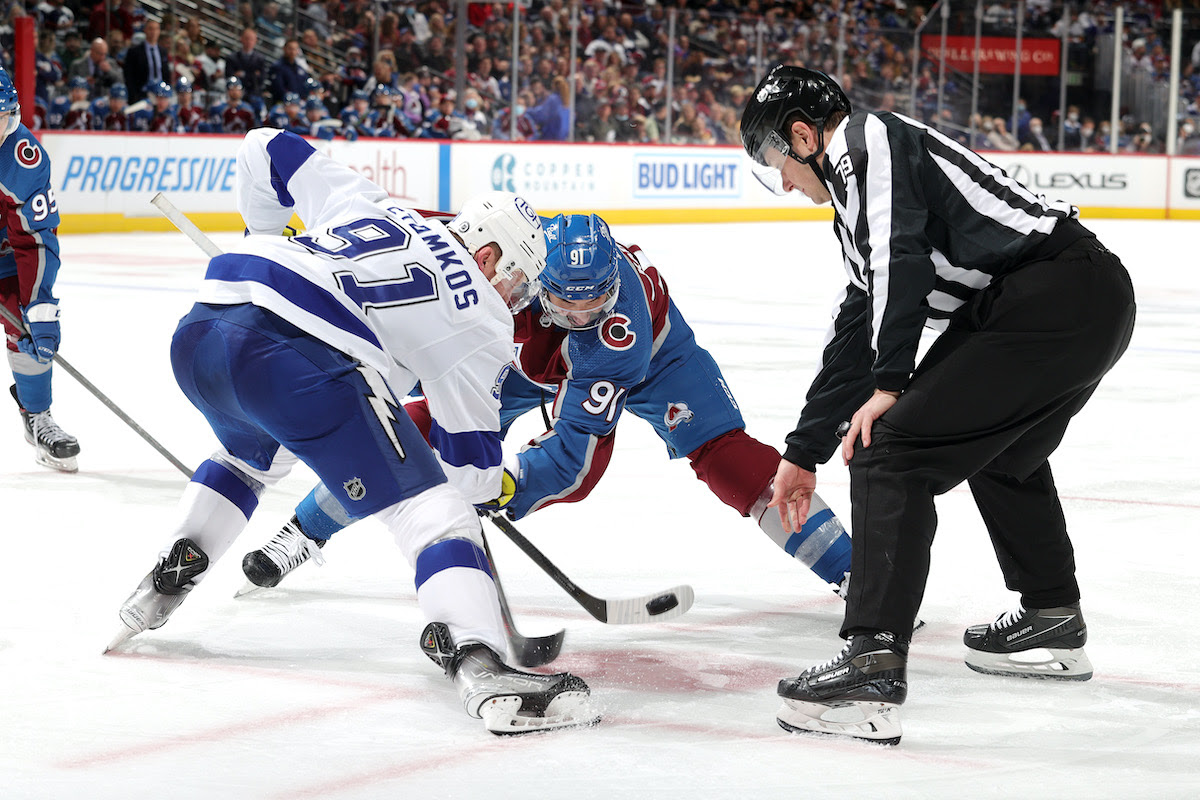 Who Has the Edge in the Lightning-Avalanche Stanley Cup Finals?

It’s time to drop the puck on the 2022 Stanley Cup Finals, and the storylines are plentiful. The Colorado Avalanche stand in the way of the Tampa Bay Lightning’s three-peat bid. It’s been smooth sailing for the Avs, but the Bolts are the defending champs for a reason. Here’s everything you need to know before Game 1 of the Stanley Cup Finals.

3-Peat Watch: The Lightning survived a seven-game series in the opening round against the Maple Leafs before sweeping the top-seeded Panthers and blasting the Rangers in four straight games to get back to the Cup Finals. Their formidable defense, streaky scoring and championship pedigree make them hard to bet against, but their three-peat hopes rest on the shoulders of goaltender Andrei Vasilevskiy. If he can stall the Avs’ ferocious offense, the Bolts can make it a series. The Lightning would be the first team to win three straight titles since the New York Islanders (1980-1983).

Colorado’s Snowball Effect: On the other side, the Western Conference champs have been downright dynamic in their playoff run. They’re 12-2 in the postseason with two sweeps. They also beat the Lightning twice during the regular season, and they’re the favorites in the eyes of the oddsmakers. The Avs last won the title in 2001 and 1996. They’ve only

Players to Watch: Nathan MacKinnon has 11 goals in Colorado’s 14 playoff games, including five power-play scores to lead the way. For the Lightning, Nikita Kucherov has been the offensive threat with seven goals and 16 assists (23 points). Ondrej Palat (TB) and Cale Makar (COL) are also x-factors to watch, but both teams have star-power across the rosters. The big focus might be on the Avs’ decision in net — Will starting goalie Darcy Kuemper be ready for Game 1? Or will Colorado continue to rely on Pavel Francouz?

Other Storylines: The Avs made quick work of the Oilers in the West Finals, and they’re entering tonight with a nine-day layoff. Tampa Bay, on the other hand, had just a few days to gear up and travel west for Game 1. 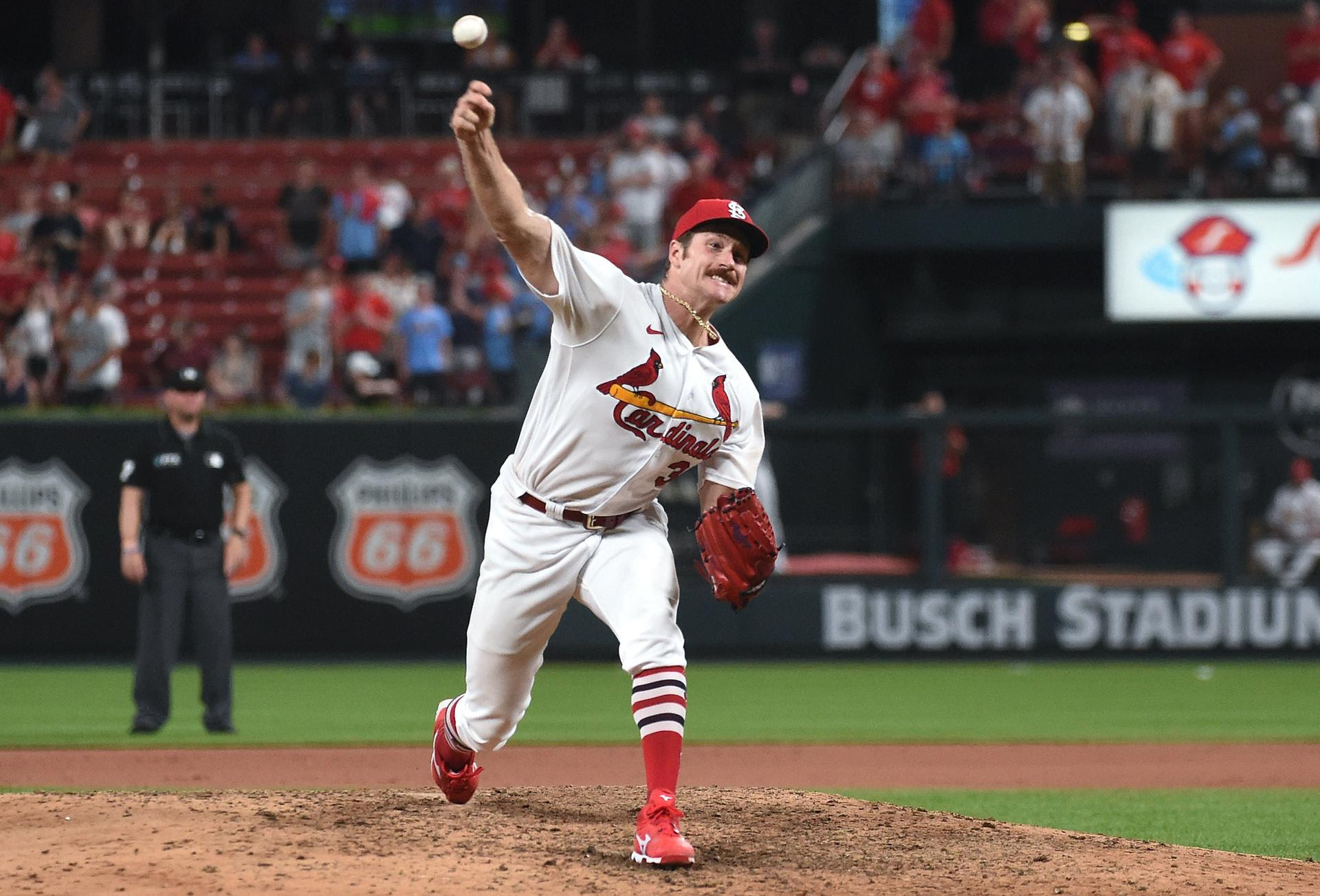 One out away! Cardinals ace Miles Mikolas took a no-hitter through 26 outs against the Pirates on Tuesday night, then it ended. Mikolas had six strikeouts and a shot at the Cards first no-no since 2001 before Pittsburgh’s Cal Mitchell played spoiler with a two-out double. The fly ball in center field just missed the outstretched glove of Harrison Bader. St. Louis won the game by a landslide (9-1), but it was an oh-so-close moment on the mound for Mikolas. He threw 129 pitches before the breakup. Packy Nuaghton came on for the final out.

Watch: Miles Mikolas 1 Out Away From No-Hitter

Braves Streak at 13: Atlanta won their 13th straight game on Tuesday by smashing the Nats (10-4) behind five home runs. Travis d’Arnaud had the big night (3-for-5, 3 RBIs, 3 Runs), and the Braves’ June streak rolls on.

Hoskins Gets Hot: The Phillies fell to the Marlins (11-9), but Rhys Hoskins had the biggest night in the majors with four hits, two home runs and six RBIs.

The USMNT got a late equalizer from Jordan Morris (90’+1’) to salvage a draw (1-1) last night against El Salvador in the Concacaf Nations League.

Breanna Stewart (29 points) power the Seattle Storm to a two-point win over the Minnesota Lynx (81-79), including the game-winning bucket in the final minute.

For the first month or so of the 2022 regular season, balls weren’t flying as far as they did a year ago. Then something seemed to change – almost overnight. (USA Today)

Players Who Should Be Traded

We’re getting deep into the NFL offseason… The trade market will remain open until midseason, and we already know a couple of players likely to be on the move. (Bleacher Report)

What is clear is that golf has entered a new era. It’s possible we’ll only see all the best players compete together at the majors, like this week’s U.S. Open. (ESPN)