As basketball and hockey playoffs near the finish line, the NBA Finals becomes a three-game series and the Stanley Cup Finals are officially set. We’ll be crowning champions in no time. Let’s get caught up on the weekend that was. 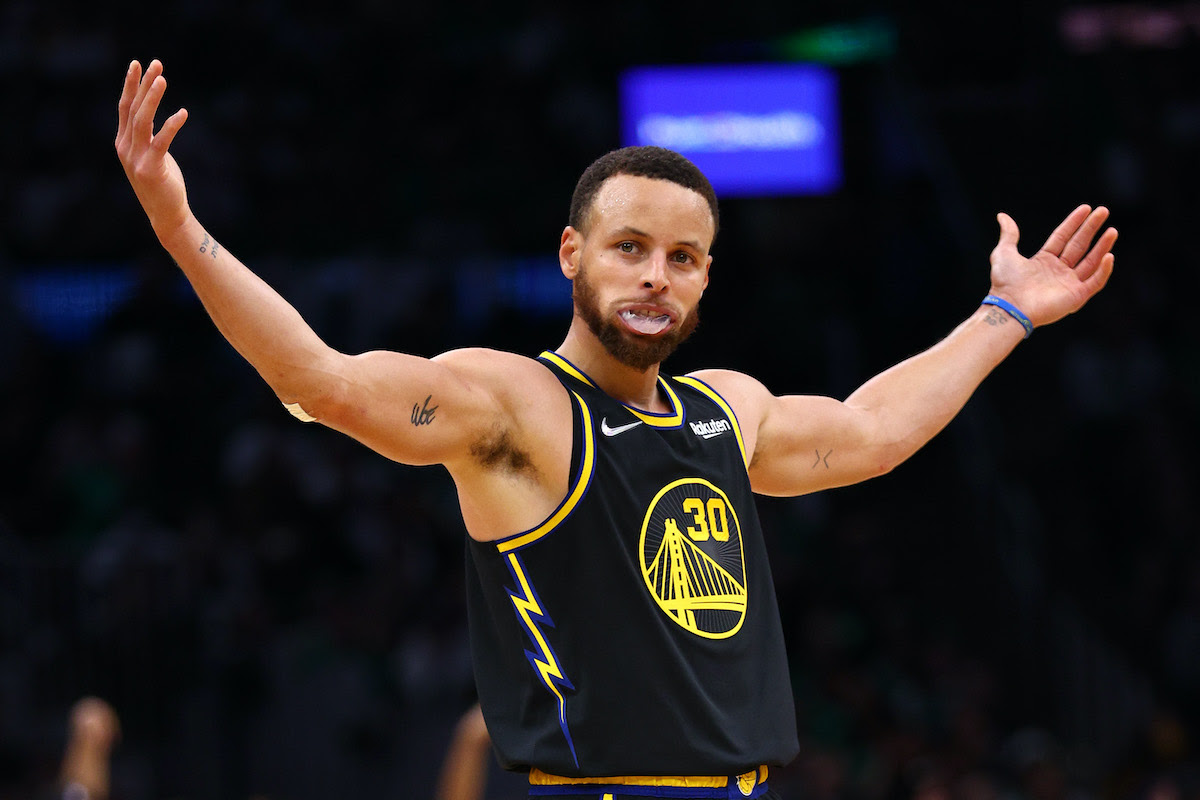 Never count out the Chef! Steph Curry fueled the Warriors with 43 points in Boston on Friday in Game 4. He hit seven 3s (7-for-14) in a vintage Curry night with the Dubs backed against the wall. Golden State outscored Boston by 15 in the second half,  including a 17-3 run to end the game. The Celtics scored just one field goal in the final 5:18. Andrew Wiggins also pitched in a 17-point, 16-rebound night while Draymond Green continued to struggle (2 points). He has just four points in the last two games. The NBA Finals are all even, and it’s now a three-game series to decide the 2022 NBA champion. 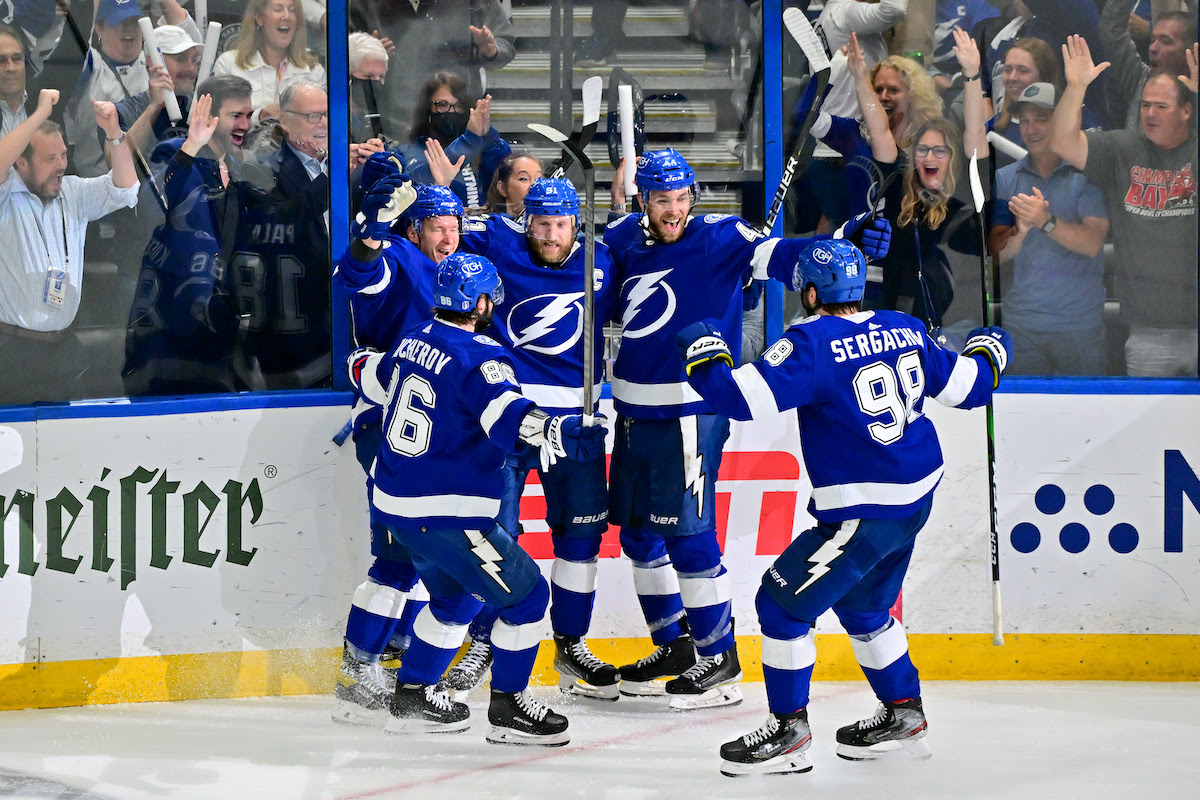 After two games in the Eastern Conference Finals, the two-time defending champs looked ready to see their NHL dynasty dwindle. Not so. The Lightning completed a four-game streak to take Game 6 on Saturday and advance back to the Stanley Cup Finals for the third straight year. Steven Stamkos scored both goals in the series-clincher, including the go-ahead strike in the third period just 21 seconds after the Rangers knotted things up. Goaltender Andrei Vasilevskiy made 20 saves in Game 6, and he held the Rangers to just five goals in the last four games on the East Finals. The Bolts are heading back for a shot at the three-peat, but the red-hot Avalanche stand in the way. The Stanley Cup Finals are set.

ESPN: The 10 Most Pivotal Players in the Stanley Cup Finals 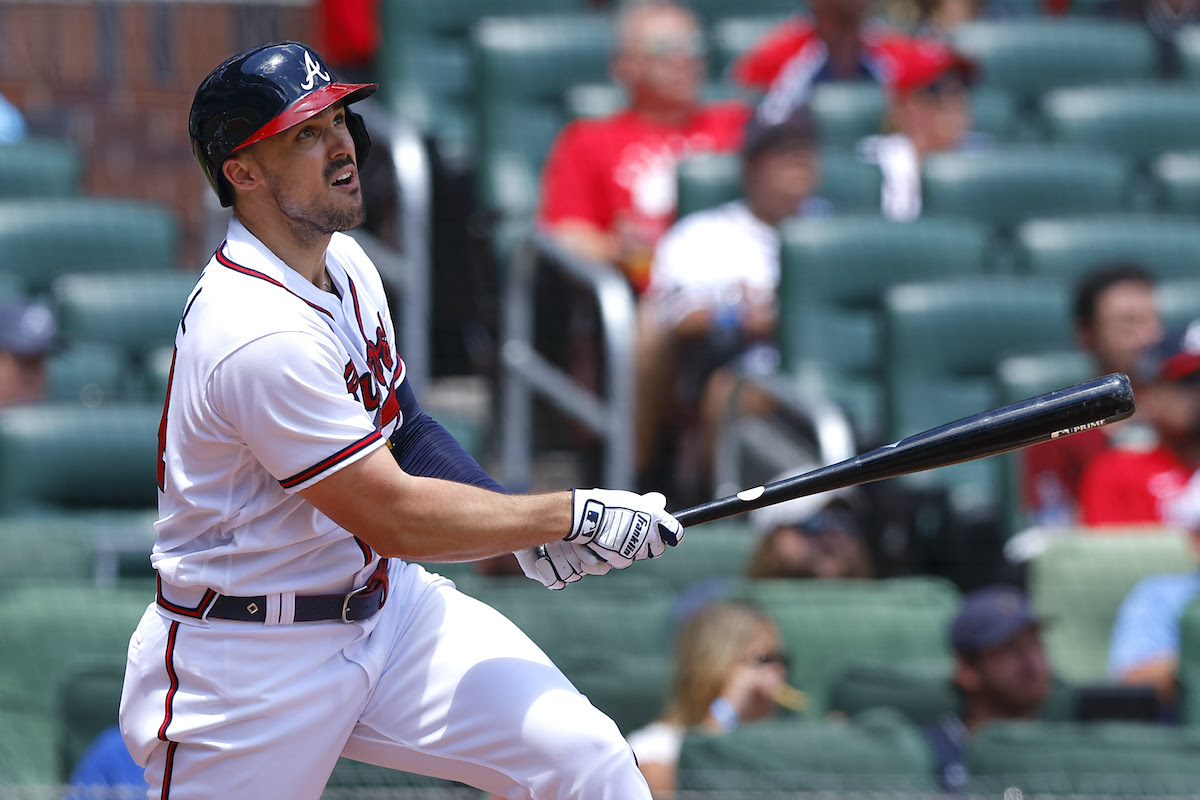 The World Series champs are finding their stride. The Braves won their 11th straight game on Sunday with a narrow escape against the Pirates (5-3) thanks to a pair of jacks from Adam Duvall. Atlanta also got a solo shot from William Contreras while Kyle Wright (6IP, 7Ks, 5H, 3R) got his seventh win of the year from the mound. After dipping below .500 in May, the Braves’ hot streak has them at 34-27, just 5.5 games back of the Mets for the NL East lead.

Giants Sweep Dodgers: The Giants shut out the Dodgers (2-0) on Sunday to complete the weekend sweep of L.A. for the first time since 2016. In doing so, they tightened the gap in the NL West race.

D-Backs Snap Philly Streak: The Phillies were riding a nine-game heater alongside the Braves in the NL East, but the Diamondbacks put a halt to it with a resounding 13-1 blowout on Sunday thanks to seven different arms in a bullpen brigade.

Notre Dame delivered the biggest shock of the year in college baseball on Sunday. The Irish ousted #1 Tennessee  (7-3) in the Super Regionals with a pair of back-to-back home runs that sent Notre Dame to Omaha for next week’s College World Series.

The 154th Belmont Stakes took over Belmont Park on Saturday for the final race in the Triple Crown. The betting favorite Mo Donegal (5/2) won the race after pulling ahead down the stretch.

In a weekend full of golf drama between the PGA and LIV, Rory McIlroy (-19) gave the PGA Tour a boost by winning the RBC Canadian Open with an 8-under Sunday. McIlroy got his second win of the season by beating out Tony Finau (-17) and Justin Thomas (-15).

A full weekend of WNBA action featured A’ja Wilson as the high-scorer with 35 points, 11 boards and four blocks in the Aces’ win over the Sparks (89-72). Las Vegas (11-2) is back on another win streak as they continue to sit alone atop the WNBA standings through the first month.

Max Verstappen won Sunday’s F1 showdown in Baku City to open a 21-point advantage in the F1 standings. Verstappen’s teammate Sergio Perez finished second, and the pair are 1-2 in the standings after ten races (out of 24).

What We’ve Learned About Every NFL Team in 2022

An NFL team’s journey can vary. One may be short and sweet. Another may be a direct line to its preferred destination. Others may be forced to take a Lord of the Rings-like fellowship toward Mordor before it finally wins the one ring. (Bleacher Report)

The breakaway league officially got underway this week in London at the Centurion Club. Charl Schwartzel won the opening event and a whopping $4 million. Here are the payouts from golf’s new high-stakes league. (USA Today)

The biggest tournament in football is in sight. There are still two more spots at the World Cup to be decided, but it’s time to unleash the wall charts and pencil in what we’re expecting to happen in Qatar. (CBS Sports)