A wild day in sports brought Game 1 of a renewed New York rivalry. Another veteran walk-out shocked the WNBA. And one of the top remaining NFL free agents found a new home.

We’re cruising into NFL training camps where the smell of fresh-cut grass and sweaty football pads will soon infiltrate the newsletter. You probably don’t have time to study the playbook (let’s face it, you have a life). That’s why we’re here. Hut-hut… 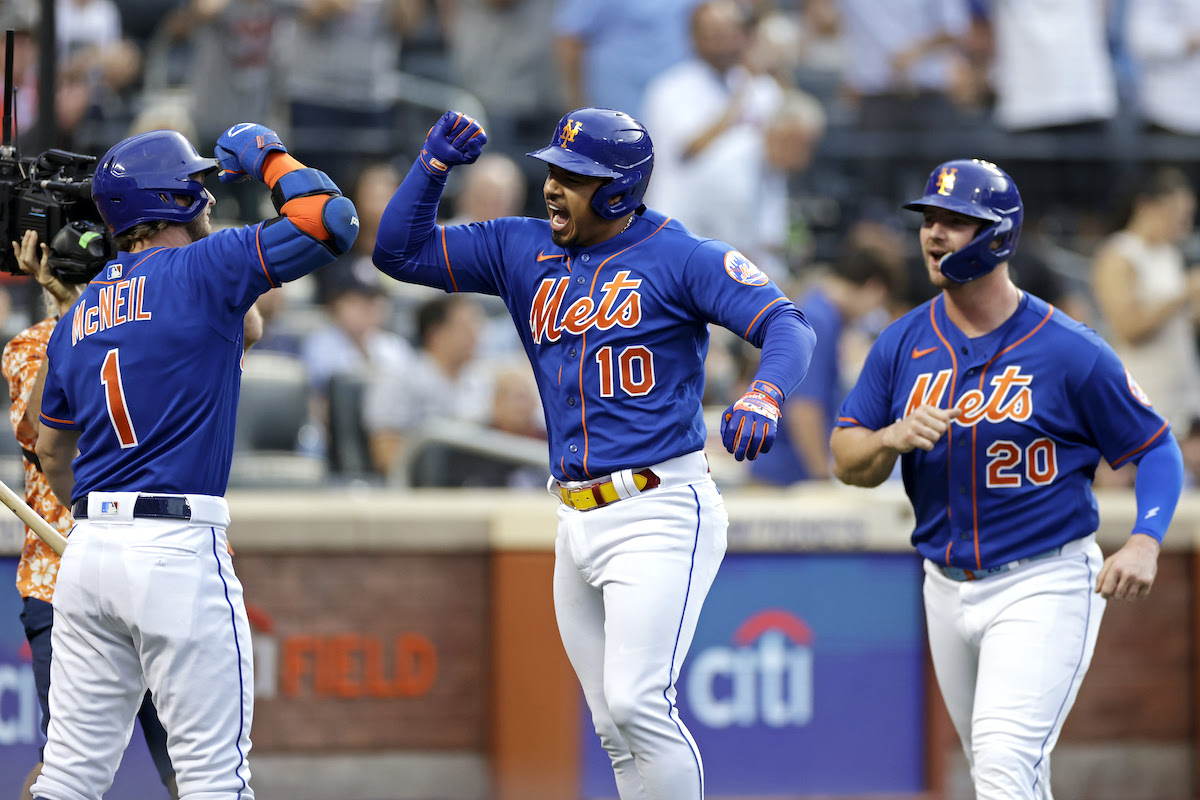 The battle of the Burroughs brought Game 1 of a two-game Subway Series to Citi Field on Tuesday, and the home team delivered. The Yankees immediately blasted back-to-back home runs to open the 1st inning, but the Mets responded with four runs in the bottom. Starling Marte and Eduardo Escobar both hit jacks, and Pete Alonso (3-for-3) and Francisco Lindor (2-for-4) added firepower. Mets’ ace Taijuan Walker allowed three runs over six innings before Adam Ottavino and Edwin Diaz finished the game. The Mets won (6-3) and cracked 60 wins on the season (60-37). The Yankees (66-32) still lead the majors. Game 2 is tonight (7:10 pm ET), and the Subway Series could be a World Series preview baseball fans can wish for…

Urias Calls Game: The Brewers and Twins played a back-and-forth contest Tuesday in a battle of division leaders. Milwaukee’s Luis Urias (3-for-4, 1 HR, 2 RBIs) hit the walk-off sac fly in the bottom of the 9th for the win (7-6).

Springer’s Slam: George Springer smacked a grand slam in the bottom of the 6th in the Blue Jays’ blowout against the Red Sox (10-3). That’s seven straight for a surging Toronto club.

Contreras’ Cubs Goodbye: With the trade deadline looming, all signs point to Willson Contreras leaving Chicago in the coming days. The all-star catcher got a standing ovation from Wrigley Field in what could be his final outing on Tuesday in a 4-2 win over the Pirates.

Cambage Quits on the Sparks 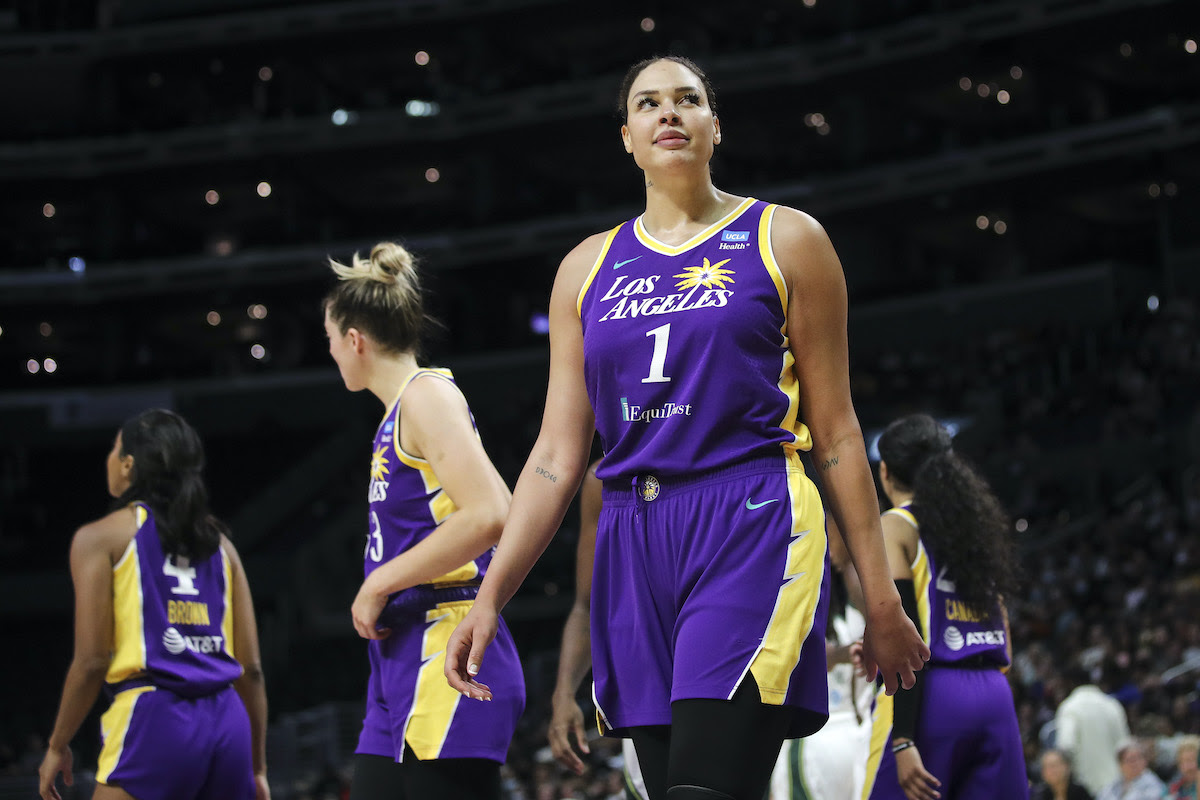 Just when we think we’ve seen it all… Five months after star center Liz Cambage signed with the Los Angeles Sparks, the four-time all-star has left the building. Cambage abruptly “quit the team” on the Tuesday. The Sparks announced that they agreed to a “contract divorce,” (whatever that means?). Questions still remain, so we’ll try to answer a few.

What Happened in Los Angeles?

The Sparks are currently 12-15 and in sixth place in the WNBA standings. Cambage signed a one-year deal in February and stated that “there was nowhere else I wanted to be [than Los Angeles].” Then the team fired head coach Derek Fisher after a 5-7 start. Things haven’t gotten better. And Cambage left the building.

It isn’t the first incident of this magnitude this season. Tina Charles quit the Phoenix Mercury earlier in the season and quickly found a new home in Seattle. It’s unclear what Cambage plans to do moving forward.

Julio Signs With the Bucs 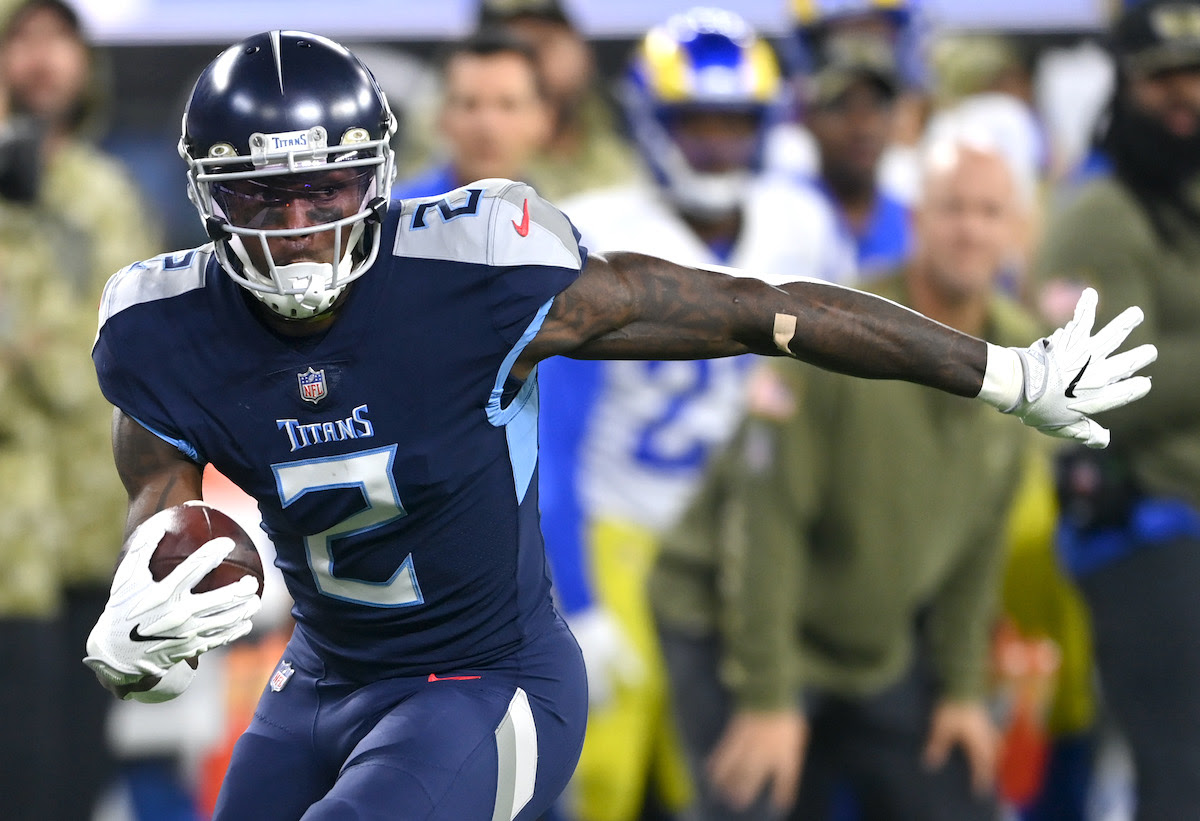 Tom Brady gets another weapon! After 10 seasons in the NFC South with the Atlanta Falcons, wide receiver Julio Jones is returning to the division to team up with Brady and the Buccaneers. The Bucs signed Jones to a one-year deal on Tuesday that’ll pair him with Mike Evans, Chris Godwin and Russell Gage. Even though Jones isn’t the player he once was, the future Hall of Famer should fit nicely in the Bucs’ receiver corps.

Jones was on the Falcons in Super Bowl LI when Brady and the Patriots rallied from the 27-3 halftime deficit to rob the receiver of a ring. That memory has likely haunted Jones, and he’s certainly looking for a shot at his own Super Bowl ring before his career comes to a close. Jones, 33, is a seven-time pro bowler who leads the NFL in receiving yards (13,330) among active players. He’s coming off an injury-riddled season with the Titans. But even with a slowed step, Julio’s hands have never been an issue.

The Las Vegas Aces held off the Chicago Sky in Tuesday’s Commissioner’s Cup Championship (93-83) in a battle of the WNBA’s top two teams. The Aces took a 19-point lead in the first quarter before the Sky clawed back, but it wasn’t enough to thwart Kelsey Plum (24 points, Six 3s) and A’ja Wilson (17 points, 17 rebounds, 6 blocks).

The semifinals of the UEFA Women’s European Championship was a one-sided match Tuesday as England stomped Sweden (4-0) to advance to the finals. They scored all four goals off four different boots in the middle 40 minutes of play (36th minute to 76th minute). They’ll face the winner of Germany-France in today’s other semifinal (3:00 pm ET).

College football schedules as we’ve come to know them are about to change forever, potentially multiple times over the next few years. Let’s rank the schedules from hardest to easiest. (ESPN)

Rookie roles are determined by NBA-ready skills, the priority of the prospect’s development, team goals or roster construction. Let’s play “Start, Bench or G-League?” For every 2022 1st-round pick. (Bleacher Report)

How great is Chase Elliott‘s season? On Sunday at Pocono he didn’t lead a lap and still won the race, and he remains atop the NASCAR Power Rankings for another week as the Cup Series continues down the summer stretch. (NBC Sports)