NFL training camps have officially begun, but we’ve got a unique summer blend of sports to recap first. From the Tour de France to track and field championships and more, the weekend review has a little bit of everything. 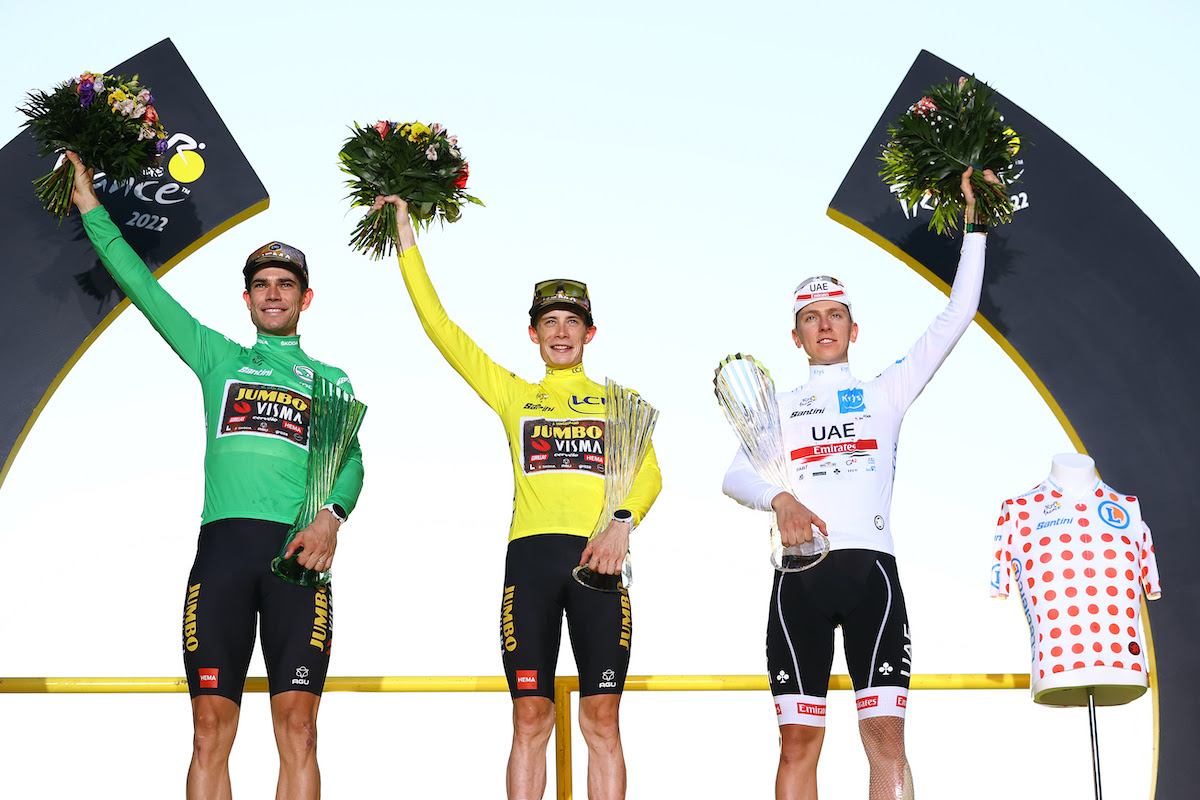 The three-week ride of a lifetime concluded Sunday in Paris as riders completed the 21st and final stage of the Tour de France. When it was all said and done, 25-year-old Danish cyclist Jonas Vingegaard won his first Tour de France in just his second attempt. He beat out Slovenian legend and reigning two-time champion Tadej Pogacar by nearly three minutes. Jasper Philipsen won the final stage, pulling away from the pack late at Champs-Elyses. Meanwhile, Vingegaard’s Jumbo-Visma teammate, Wout Van Aert, finished the Tour with the green jersey (points leader).

A Rivalry of Riders: While Pogacar (23 years old) has been the undisputed Tour de France king after winning the last two years, Vingegaard’s arrival as the new champ should set the stage for an annual rivalry between the two.

“It’s just incredible. It’s the biggest cycling race of the year, the biggest one you can win and now I’ve won it. No one can take this away from me.” — Jonas Vingegaard 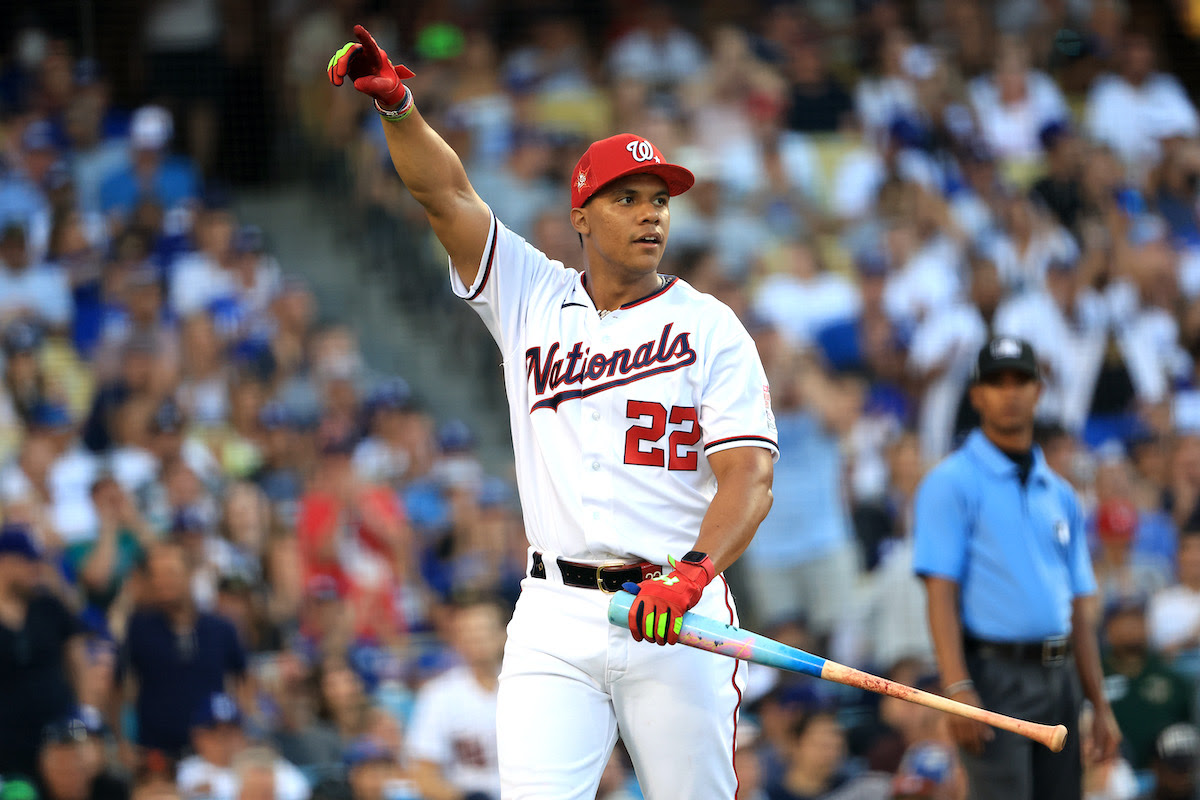 It’s been 10 days since Juan Soto rejected the Nationals’ $440 million contract extension, and that means one of the biggest stars in the game is on the trade block with a week before the deadline. Teams in win-now mode could swing a deal for the 23-year-old. He has two years left before hitting free agency, and the Nationals (32-65) are wasting his talent. A cash-rich team could nab Soto and quickly give him the deal he desires for the long haul, or a contender could take advantage of the two-year rental. Here are the top teams listed as potential destinations for the two-time All-Star.

Dodgers Win 8th Straight: The Dodgers completed a weekend sweep against the division rival Giants to extend their win streak to eight games. L.A. is now 64-30 atop the National League.

Blue Jays Reach 6 in a Row: Toronto trounced the Red Sox in a weekend series to push their win streak to six straight games as they leapt Boston and Tampa Bay in the AL East.

Goldschmidt Goes Off: The biggest bat of the weekend belonged to Paul Goldschmidt (2 HRs, 3 RBIs) in the Cardinals’ loss to the Reds (6-3).

Top Of The Worlds 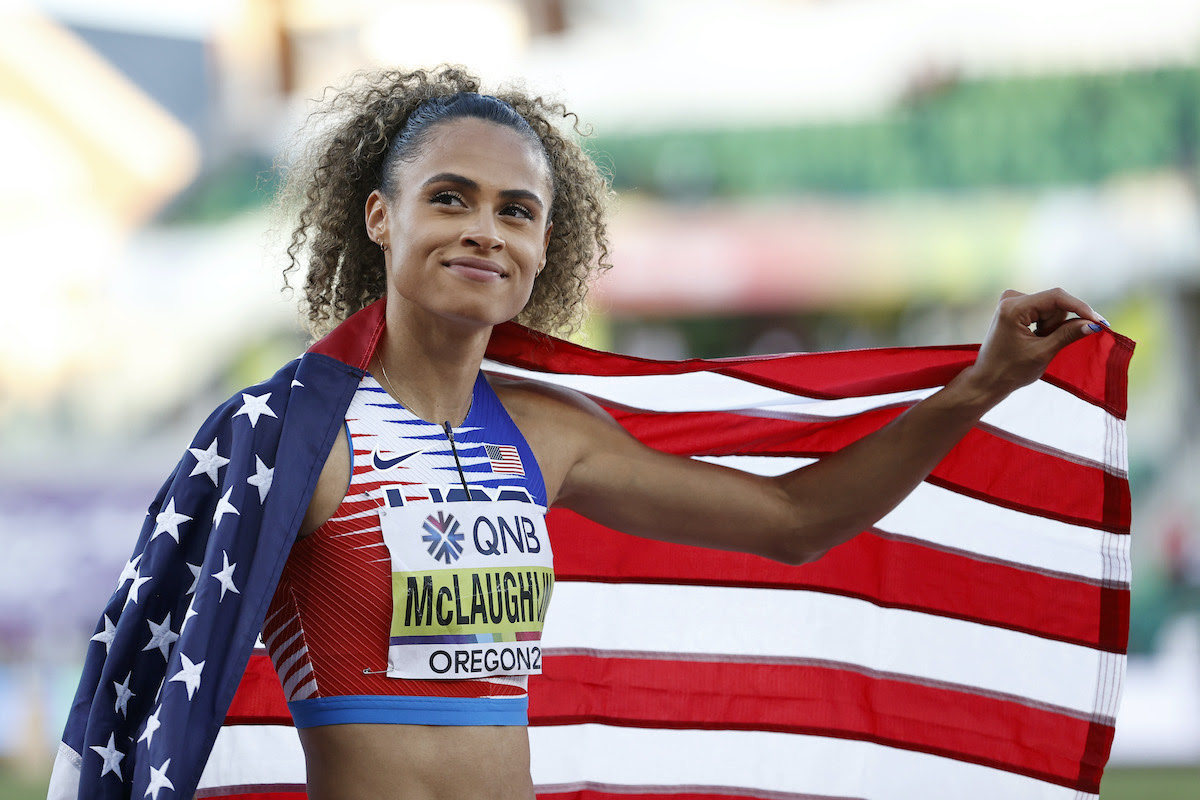 The penultimate day of the world track and field championships brought a few surprises to the finale in Eugene, Oregon. The U.S. women’s 4×100-meter team pulled a stunning upset against the Jamaican team. Moments later, the U.S. men’s 4×100-meter team took an upset and settled for silver behind Canada. At the end of the day, Sydney McLaughlin etched her name on another record-breaking performance.

McLaughlin’s Hurdle Record: For the fourth time in just over a year, Sydney McLaughlin broke the 400-meter hurdles world record, this time by clocking a 50.68-second run and shattering her old record of 51.14. At 22 years old, McLaughlin became the second-youngest athlete ever to own an Olympic golf, world title and world record in a single event.

An extra-time penalty-kick winner by Eve Perisset (102’) gave France a 1-0 win against Netherlands and a ticket to the final four of the UEFA women’s EURO championship on Saturday. They’ll join England, Germany and Sweden in the semifinals.

Tony Finau (-17) won his first tournament of the season Sunday in Minnesota at the 3M Open, holding off Sungjae Im (-14) and Emilian Grillo (-14) by three strokes. It was Finau’s third career PGA Tour victory.

Tina Charles dropped 27 points on Sunday in the Storm’s 82-72 win over the Dream and became the fourth player in WNBA history with 7,000 points. She joined Diana Taurasi, Tina Thompson and Tamika Catchings.

Max Verstappen’s Formula 1 domination continued on Sunday at the French Grand Prix as he cruised to victory when Charles Leclerc crashed out. Lewis Hamilton finished second. Verstappen now holds a 63-point edge on Leclerc in the standings.

The 2022 Baseball Hall of Fame Class

The Baseball Hall of Fame Class of 2022 features seven members that tie together more than 150 years of baseball history in a celebration of diversity at the game’s highest level. It’s Big Papi and six others in 2022. (USA Today)

McMahon, who bought his father’s wrestling business in the ’80s and turned it into a global juggernaut, announced his retirement on Friday in a tweet that sent shockwaves through the industry. (FOX Sports)

NFL preseason is about to begin, and some positional battles will certainly deserve our attention. Some won’t. The Ringer goes through the saddest quarterback competitions heading into training camp. (The Ringer)