A weekend of MLB trades is inevitable as we wrap up July and move into August where football training camps reign supreme. Smash this link and share The Sportsletter to get on our Sunday newsletter list for this weekend.

All Rise for a Walk-Off 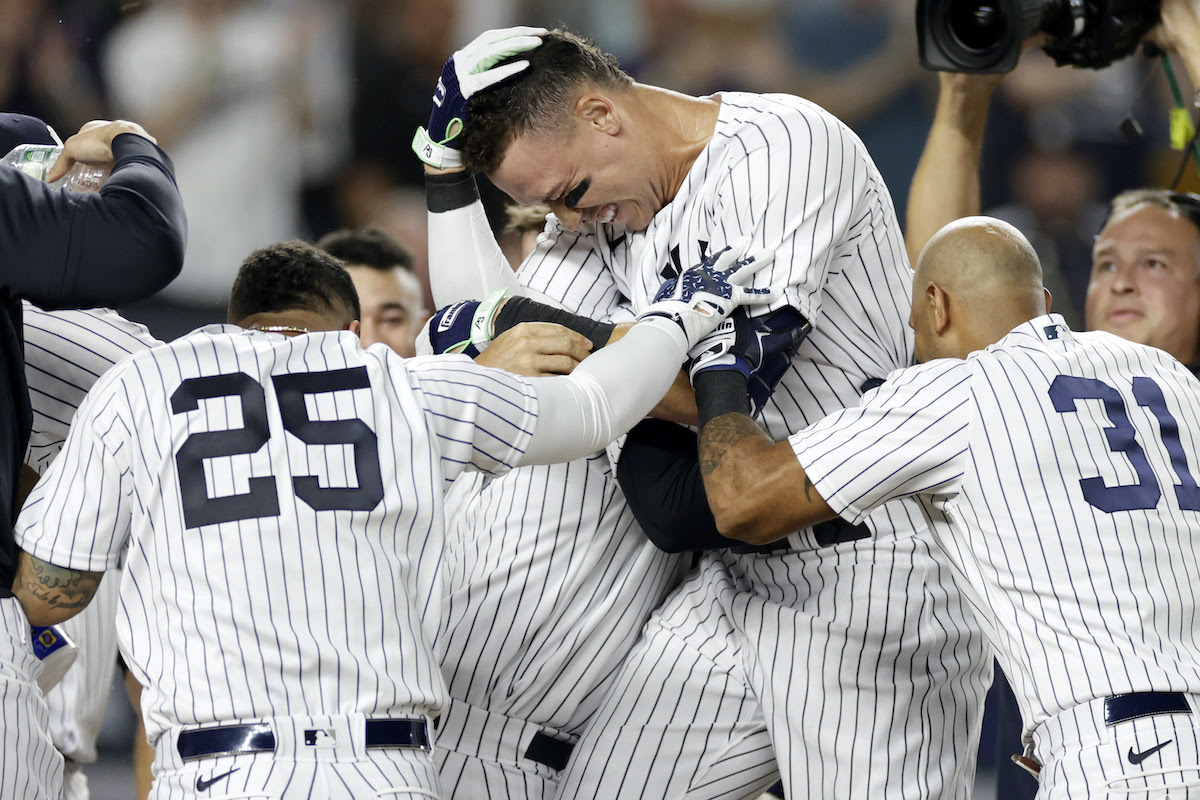 The season of Aaron Judge continues! The Yankees’ slugger delivered his 39th home run in the bottom of the 9th to break a 0-0 game and lift the Yanks over the Royals (1-0). New York was held to just one hit through eight innings thanks to Brady Singer’s 10 Ks, but Judge had the trump card. The league’s home-run leader (by far) continues to smash bombs almost every other night. Thursday’s walk-off was his third career walk-off homer, all of which have ocurred this season.

Mancini’s Epic Sendoff: Trey Mancini scored a wild inside-the-park home run Thursday in the Orioles’ 3-0 shutout against the Rays. Mancini got a standing ovation from the crowd at Camden Yards. He’s expected to be traded by next week’s deadline.

Mets Get Busy: The New York Mets continued to be busy before the trade deadline, acquiring OF Tyler Naquin and LHP Phillip Diehl from the Reds in exchange for minor league prospects. New York made deals last week for Daniel Vogelbach and Michael Perez.

Dodgers on a Mission: The Yankees (67-33) may have been atop the MLB standings since the beginning of the season, but the Dodgers (66-32) are now one game back after a 13-0 rout of the Rockies. L.A. has won eight of their last ten. One of the top holdouts of NFL training camps didn’t take long to strike a deal. The Seahawks and WR D.K. Metcalf ended their standoff on Thursday when they came to terms on a three-year, $72 million contract extension. The deal makes Metcalf the sixth-highest paid receiver in the NFL, and his $30 million signing bonus is the largest for a receiver in league history. The deal keeps Metcalf in Seattle until he’s 27.

The big-bodied pass-catcher has made a monster impact in Seattle since being drafted in 2019. He’s racked up 216 catches for over 3,000 yards and 29 TDs with Russell Wilson under center. Whoever wins the Seahawks starting job in 2022 — Drew Lock or Geno Smith — will at least have their main target.

Yesterday, we asked readers which of the three NFL training camp quarterback battles you’re most intrigued by… All eyes on Carolina! 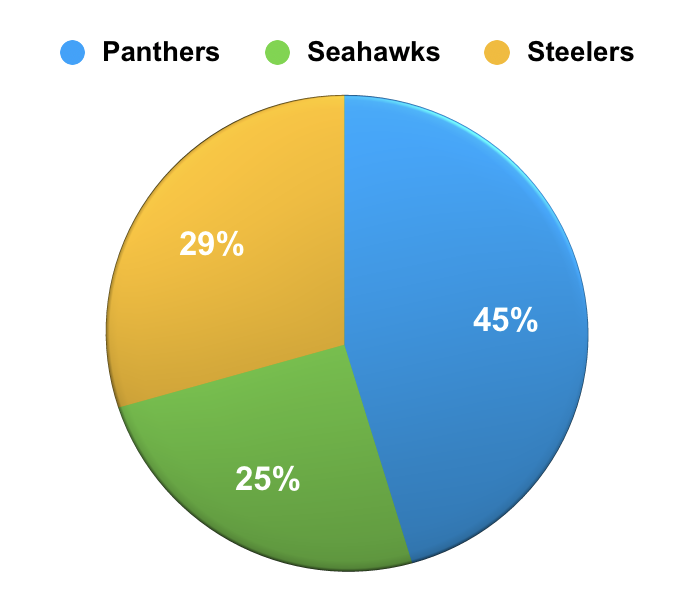 The Connecticut Sun clinched a playoff berth after taking down the Seattle Storm on Thursday (88-83). It was their fourth straight win, and it puts them 1.5 games out of first place. Alyssa Thomas (19 points, 11 assists, 5 boards, 2 steals) led the charge for Connecticut.

Less than a week after winning the 3M Open, Tony Finau (-8) is back atop the leaderboard after Round 1 at the Rocket Mortgage Classic in Detroit. His opening-round 64 could be a momentum-builder towards back-to-back wins.