The aftermath of the MLB Trade Deadline has us looking ahead after a few seismic, league-shifting deals. The LIV-PGA saga gets a new twist, and Paige Bueckers can’t catch a break.

NFL fans can look forward to the Hall of Fame Game between the Raiders and Jaguars (Tonight, 8:00 pm ET) before we head into the last weekend of the year without football. You read that right. One. More. Weekend. 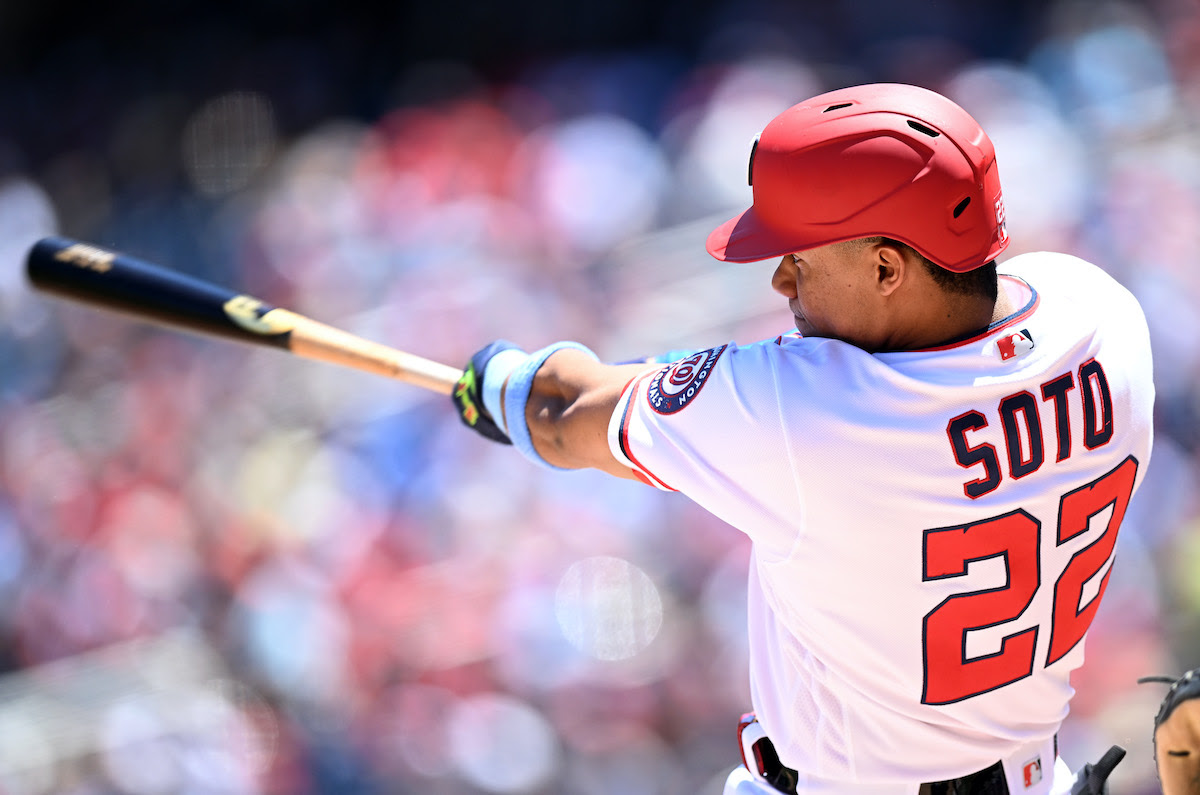 Say what you want about the MLB Trade Deadline and who your rival team acquired, but no one can say that this past week has been boring. Whether you’re cursing the Yankees name right now or basking in the glory of your team’s new star, the trade deadline had something in store for everyone. With nearly 100 transactions in less than two weeks, here are the top five trades that have an immediate impact on the remainder of the 2022 season.

Superstar Juan Soto is headed to San Diego, along with teammate Josh Bell in exchange for Nationals prospects in a blockbuster trade. Soto was the most sought-after player during trade talks, with everyone wondering where he would land. The Padres will benefit from Soto’s role as a big hitter. His average is .246 this season, falling short of his career average (.291), but he has 21 home runs and leads the MLB in walks. Soto is the only player to have more walks than strikeouts in his career.

All the buzz is centered around the Home-Run Derby winner, but Josh Bell is a crucial part of this trade not to be overlooked. Bell is hitting .301 with 57 RBIs and an on-base percentage of .384 (11th in MLB). His bat will also be a valuable (and consistent) asset to the Padres offense.

Yankees Joey Gallo is headed to LA in exchange for Dodgers pitching prospect Clayton Beeter. Gallo struggled this year, which New York fans did not receive well (shocker). The Yankees gave up four prospects for Gallo when he was making headlines in Texas, but his luck did not transfer to the Bronx.

Gallo hit a .159 average with the Yankees, drastically decreasing his trade value. However, if he can find his stride again (the same one that hit 40 homers in a season) and bring his Texas talent to the Dodgers, they will add a powerful bat to their offense at a good value.

Last Wednesday, the Yankees acquired outfielder Andrew Benintendi from the Royals for pitching prospects. The Yankees had a weak spot in the outfield, but the addition of Benintendi bridges this gap, not to mention his contribution to the Pinstripes offense.

Benintendi is currently hitting .311 and ranks 10th in the MLB in on-base percentage at .387. He has 112 hits so far this season (12th in MLB). The Yankees didn’t need another powerhouse on their already dominant offense, but they got one anyway, and I don’t think any Yankees fans are complaining.

Benintendi will fill in one of New York’s only weak spots while bolstering their strength at the plate. This is a trade all Yankees fans should be happy about (although the rest of baseball fans are probably not so happy about it).

Castillo to the Mariners

RHP Luis Castillo is headed west, to the Seattle Mariners to be exact. The Mariners acquired Castillo in exchange for four prospects, including 3 of their top 5 overall prospects.

Castillo was widely considered the best pitcher available in trade conversations, and the Mariners laid it all on the line to get him. It doesn’t take a sports expert to know that a star pitcher is a major addition to any team, especially those who have a chance to contend in the postseason.

Currently, the Mariners are 12 games back in their division, with the Astros being heavily favored to clinch the playoff spot for the AL West. However, the Mariners are in second place, vying for a Wild Card spot. The addition of Castillo gives Mariners fans hope to end their 20-year postseason drought (longest in MLB).

Castillo has a 2.86 ERA, 90 strikeouts over 85 innings pitched, and a 1.07 WHIP. He will pitch alongside Logan Gilbert, the Mariners current #1 pitcher.

Veteran outfielder David Peralta is headed to Tampa Bay in a trade with the Diamondbacks. The D-Backs acquired minor league catcher Christian Cerda in exchange for Peralta. Peralta will be a much-needed addition to the Rays struggling offense. The 34-year-old is hitting .248 and holds an on-base percentage of .315. So far this season, he has hit 12 home runs and 41 RBIs.

There is no doubt that Peralta will improve the Rays defense as well, considering his defensive capabilities in the outfield. This trade is a win for the Rays both offensively and defensively. The D-Backs also benefit from the trade. Arizona has plenty of young talented outfielders, so it was time to part ways with Peralta, who didn’t have much left to offer.

The deadline is over. The league has shifted. It’s time for the final 1/3 of the MLB season where pennant races run wild. Let’s do it!

The Ringer: Winners & Losers of the 2022 MLB Trade Deadline

FTW: MLB Trade Deadline Tracker: All the Major Moves in One Place 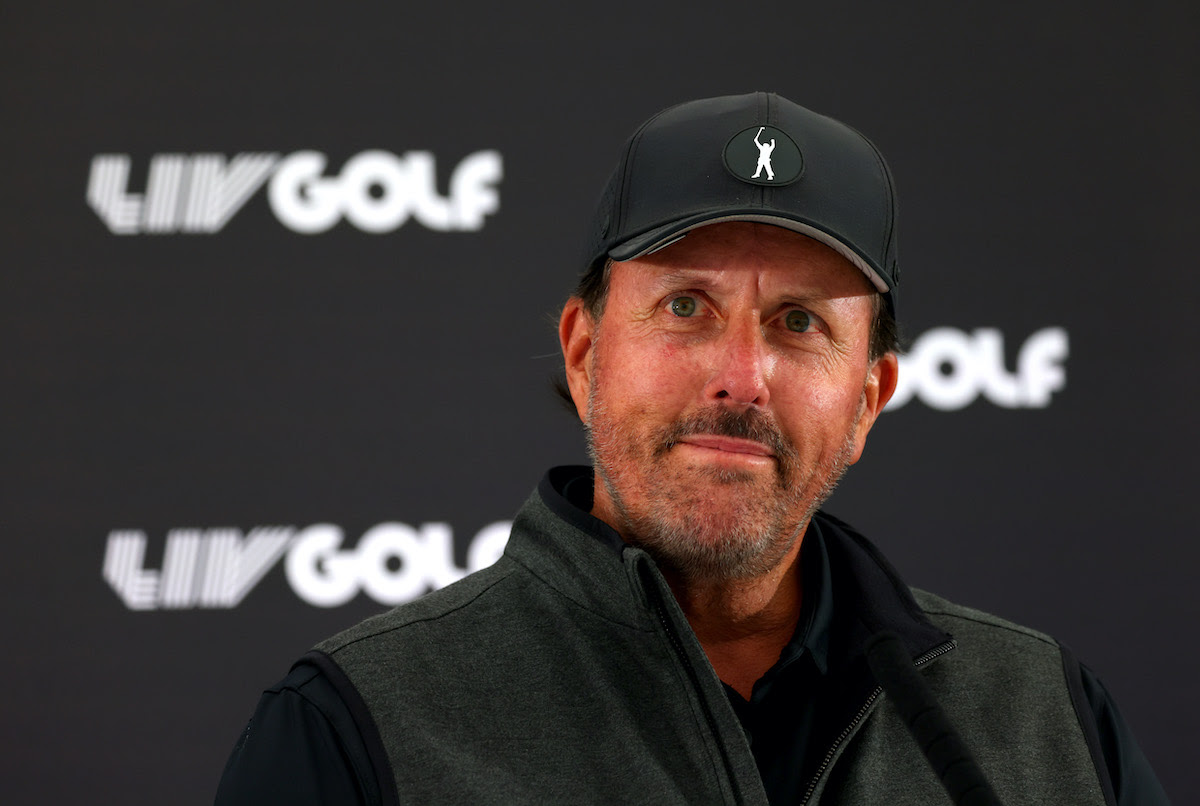 The LIV vs. PGA saga just got another twist. On Wednesday, 11 golfers on the LIV Golf Series filed an antitrust lawsuit against the PGA Tour. The lawsuit challenges the suspensions handed down by the PGA that prevent those golfers from playing in the FedEx Cup Playoffs that start next week.

How’d We Get Here?

The LIV Golf Series has been poaching the PGA Tour’s top players since the league’s arrival in the spring. The PGA then added bans to those players and revoked their PGA membership cards in June. As more and more players keep making the switch, the PGA ramped up its prize money for the upcoming season, but this year’s players who would’ve been eligible for the FedEx Cup Playoffs still want their shot.

The most notable players identified in the lawsuit were Phil Mickelson, Bryson DeChambeau, Abraham Ancer, Ian Poulter and Jason Kokrak. PGA Tour president Jay Monahan responded to the lawsuit by saying: “To allow reentry into our events compromises the Tour and the competition, to the detriment of our organization, our players, our partners and our fans.”

Another development in the golf arms race…

Insider: LIV Players’ Lawsuit Could Come Down to ‘Predatory Behavior’

ESPN: The Biggest Takeaways From the LIV Golfers’ Eye-Opening Lawsuit Against the PGA Tour 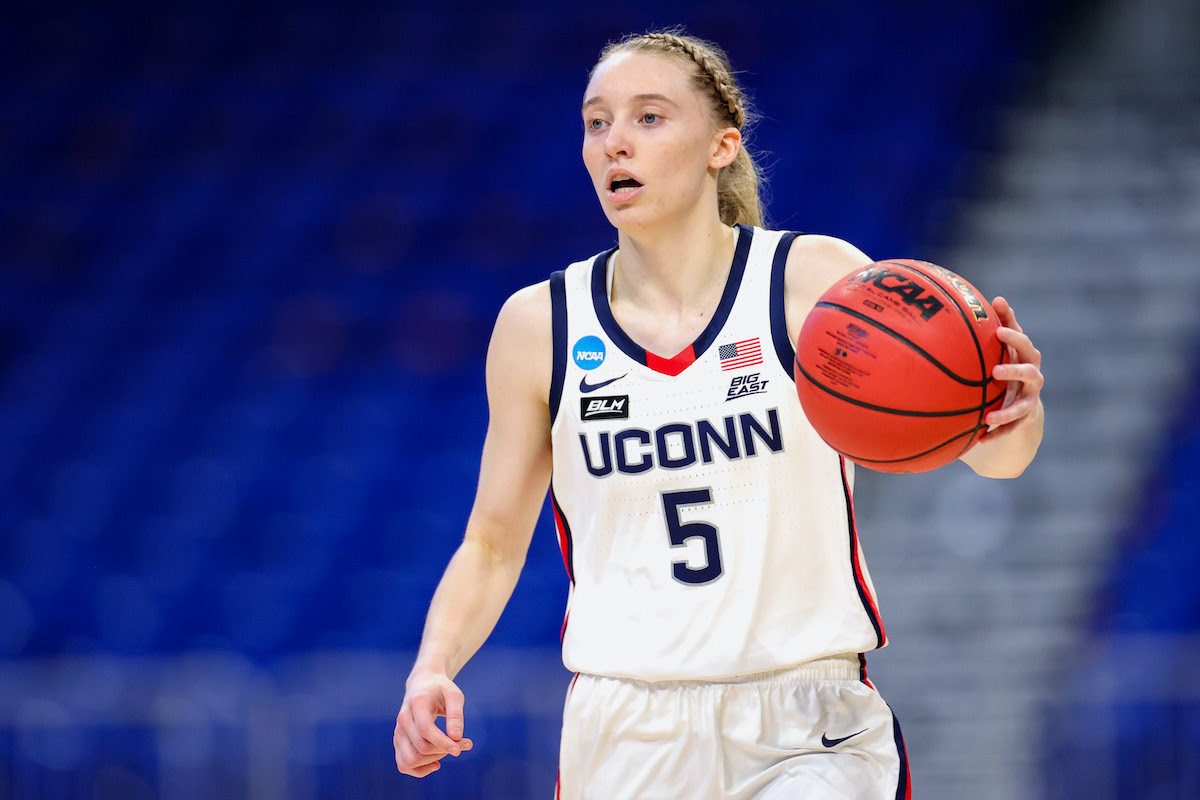 A devastating blow to the biggest name in women’s college basketball… After missing 19 games last season with a left-knee fracture, UConn star Paige Bueckers suffered a torn ACL in a pickup game earlier this week. She’ll undergo surgery on Friday and a timetable for her recovery is TBD.

“It’s so so crazy because you work so hard to get back healthy, you feel stronger than ever, and you are playing your best basketball and with one sudden movement it all shifts… “The prayers and love means so much to me and the doubts that I won’t get back to where I was might mean even more. God put a dream in my heart and even if I have to walk through a nightmare to get it I’m going to keep believing.” — Paige Bueckers

Bueckers averaged 20.1 points and 5.9 assists in her freshman season when she was the consensus national player of the year. She’ll likely be the No. 1 pick when she leaves for the WNBA.

The Best Team in Baseball

Yesterday, we asked who you thought was the best team in baseball. The Yankees still hold the top spot in the mind of our readers, but this was the tightest race we’ve ever had from a reader poll. We’ll let the final 1/3 of the MLB season decide. Thanks for voting!

Cleveland Browns quarterback Deshaun Watson’s six-game suspension will be appealed by the NFL, which prior to Watson’s suspension had been calling for an indefinite ban of at least one year. Watson’s fate is now in the hands of Roger Goodell. (CBS Sports)

Roger Goodell Has Lost His Credibility

Credibility is not like a set of car keys. When you lose it, you can’t just find it again and move on. This is the problem NFL commissioner Roger Goodell created. Every investigation carries echoes of previous investigations, and so many of those were botched, dishonest or both. (Sports Illustrated)

NFL training camps are now underway for all 32 teams, which means the preseason and regular season are right around the corner. It’s only natural to start predicting wins and losses since we know how rosters have settled and the full 2022 schedule has been released. (Bleacher Report)