One man will leave the Tour Championship on Sunday with golf’s ultimate purse of $18 million. It’s the only event on the calendar with starting strokes — a format I’ve adopted when I play with friends. It doesn’t fix my slice, though. 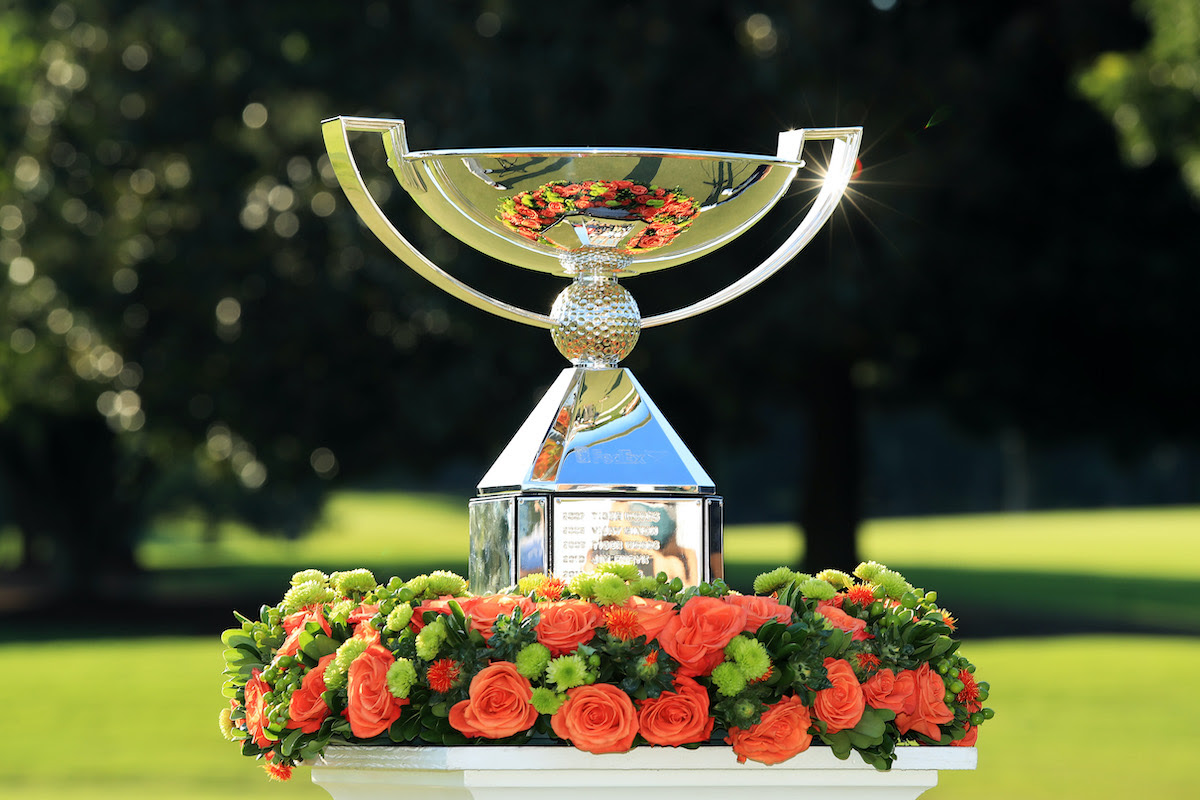 The third and final event in the FedEx Cup Playoffs is about to begin. The remaining 30 players in the field tee off today from East Lake Golf Club for the TOUR Championship, and the biggest payout in golf is on the line. Atlanta plays host to the PGA Tour finale at one of the game’s most iconic courses. And for the second straight year, the TOUR Championship will feature “starting strokes” with Scottie Scheffler and Patrick Cantlay gaining a big advantage. It’s four days for a winner-take-all payout of $18 million, and it starts now.

7-Under: Will Zalatoris — WITHDRAW

Yahoo! Sports: Will Zalatoris Withdraws From TOUR Championship With Back Injury 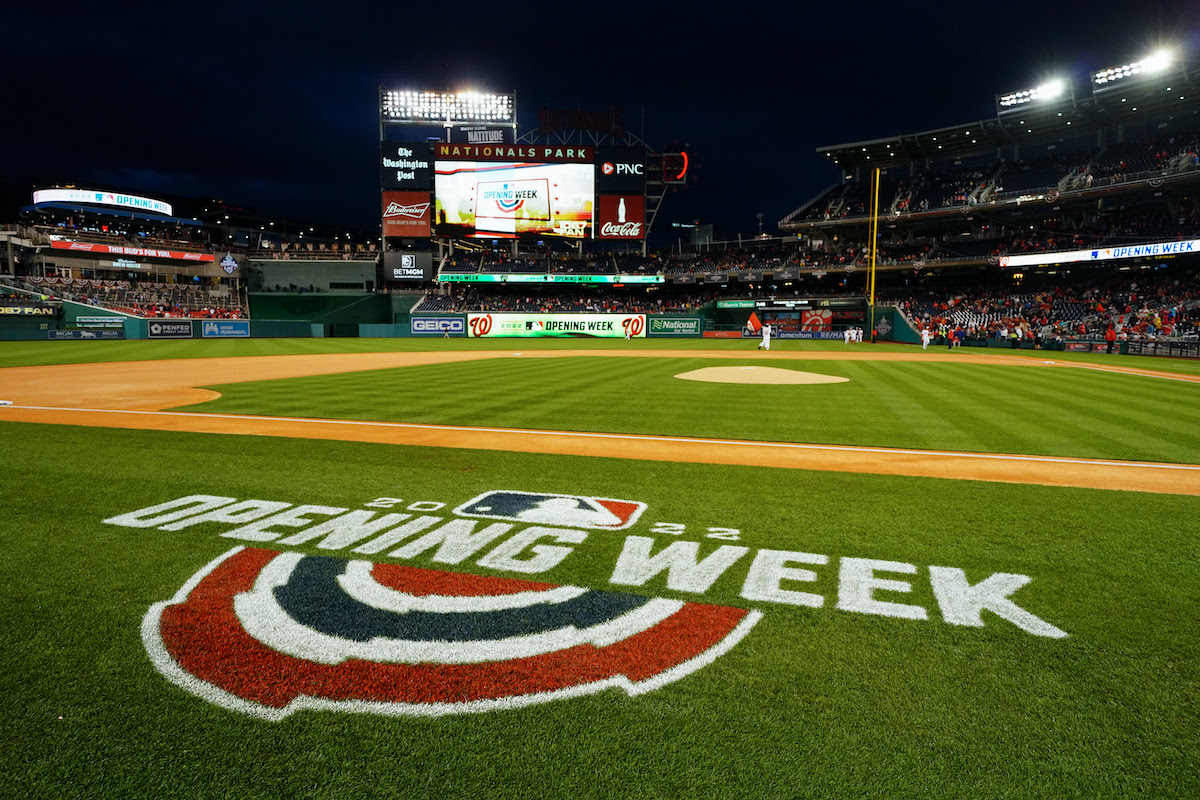 MLB Unveils 2023 Schedule With Every Team Playing Every Team

Major League Baseball announced the 2023 schedule on Wednesday, and it comes with a twist. There will still be 162 games with Opening Day slated for March 30, 2023, but the matchups will look a lot different. For the first time in MLB history, every team will play every team. The postseason format was expanded to included three Wild Card spots in each league, and the resulting measures are to make sure every team gets a balanced schedule rather than a loaded number of divisional showdowns. Here’s a breakdown of the schedule changes (if you’re still confused).

Cruzing Into the Record Books: Pirates’ rookie Oneil Cruz already owns the fastest throw by an infielder this season, but he tallied the all-time exit-velocity  (122.4 mph) with the hardest hit ball of all-time. The Pirates got blown out by the Braves (14-2).

Kirby’s K-Filled Start: Mariners’ ace George Kirby made MLB history on Wednesday with 24 consecutive strikes to open the game against the Nationals in a 3-1 loss. The previous record was 21 straight strikes by Joe Musgrove (2018).

Ramirez Belts 2 HRs: Jose Ramirez powered the Guardians past Blake Snell and the Padres with a pair of home runs in a 7-0 shutout. Cleveland (66-56) is now four games up on Minnesota (62-60) and Chicago (63-61) in the AL Central race. 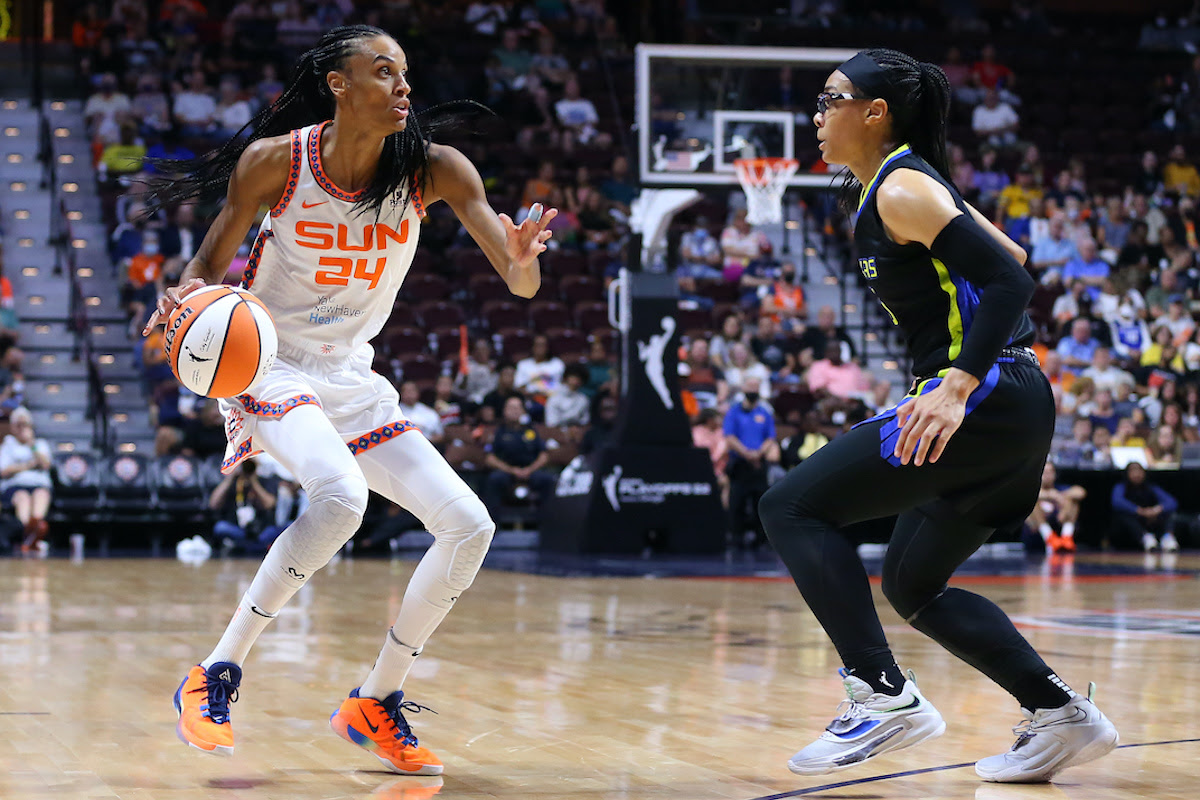 And then there were four. The Connecticut Sun entered Wednesday 1-8 all-time in winner-take-all games, but it would be a different story in Game 3 against the Dallas Wings. Both teams reached halftime knotted at 34-all, but it the Sun were shining in the second half. Connecticut outscored Dallas 23-12 in the third period before the rout was on. DeWanna Bonner led the Sun with a 21-5-5 performance while Jonquel Jones had a double-double (11 points, 10 rebounds).

The Final Four: The semifinals features the top four seeds after no first-round upsets. The Sun and Sky will face off for the third straight postseason, and Chicago won all four meetings in the regular season this year. It’s the Aces and Storm in the other semifinal matchup that features star power with seven No. 1 picks in the series — the most in WNBA playoff history. It’s now a best-of-five to decide the WNBA Finals.

Barcelona and Manchester City faced off in a rare friendly on Wednesday, but a 3-3 draw was the result at Camp Nou. Both teams traded blows early in the second half before City’s Riyad Mahrez struck the equalizer on a penalty kick in stoppage time.

The Little League World Series is winding down to the final weekend, and two of the final four spots are already filled. West (USA) took Southeast (USA) to the woodshed with a 13-0 blasting. Asia-Pacific took down Mexico (5-1). The final two spots will be decided today (see schedule).

How the Nets Won the KD Staring Contest

If there has been one truism of the NBA’s so-called player empowerment era, it’s that, eventually, stars always win. Trade demands are fulfilled. Ultimatums are met. The Nets flipped the script on Tuesday. (FOX Sports)

The PGA is trying everything to fight against LIV. On Wednesday, Tiger Woods and Rory McIlroy announced the formation of TMRW Sports — a tech-infused startup that will made-for-television events at a custom-built venue. (Golf Channel)

The free-agent pool that will soon be flooded with talent already has something to offer. Several proven veterans have remained available all offseason, and it’s frankly shocking that they’re still looking for a team. (Bleacher Report)

The latest Premier League player Power Rankings of the 2022-23 season have arrived, as we focus on who starred in Matchweek 3. There were also plenty of new stars who shone with so many amazing goals, wins and upsets. (NBC Sports)

Tiger Woods and Rory McIlroy are punching back against the LIV. When it’s all said and done, do you think the PGA will win the golf wars?  – Jeff Yoder