The home-run tracker gets a double dose of heat-checks this morning. If you like history, two sluggers are on pace to rewrite records. Let’s go yard… 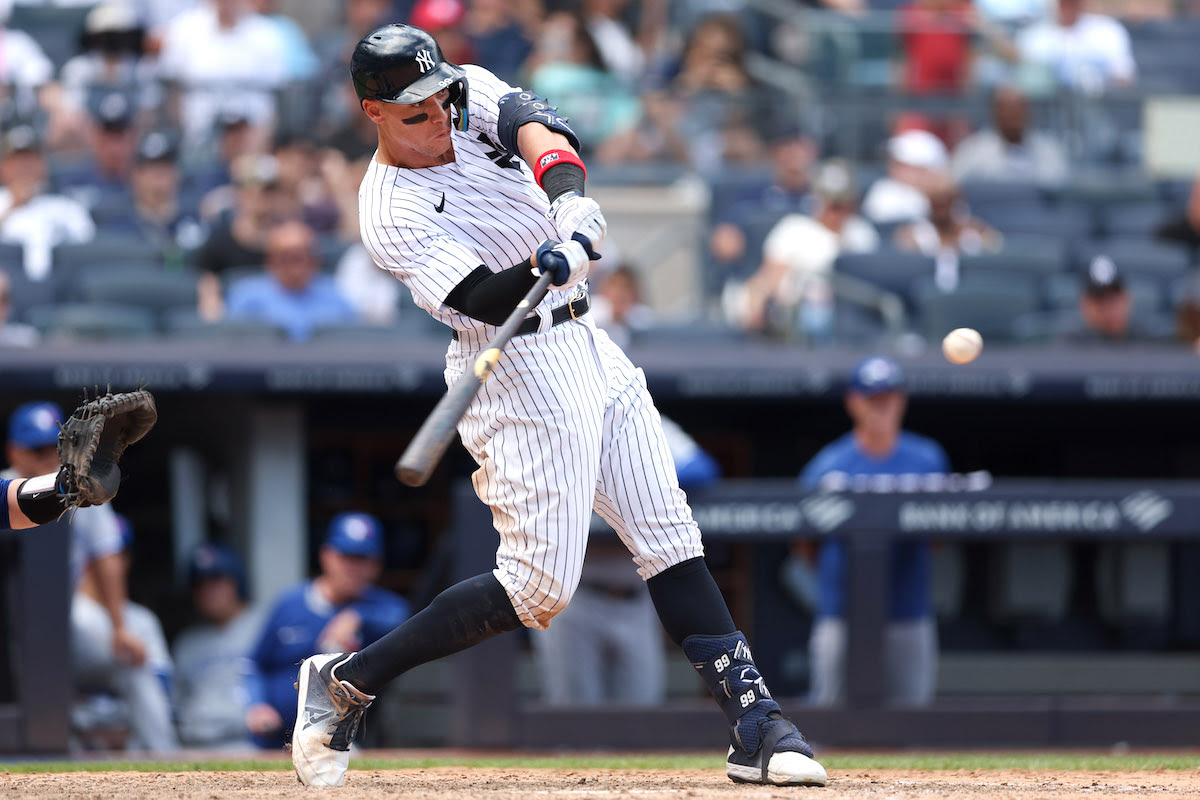 The home run history books could be getting a re-write! Two heavy-hitters are nearing historic marks as the 2022 MLB season reaches the final six weeks. Both Albert Pujols and Aaron Judge went yard on Monday night. Pujols cranked home run No. 693 as his chase for 700 comes down to the wire in his final season. Meanwhile, Aaron Judge raked No. 47 of the season off Max Scherzer to help the Yankees beat the Mets (4-2). No other hitters have more than 34 home runs this season, but Judge is on pace for 62 homers — which would give him the all-time record behind a list of players with a steroid-era asterisk.

Subway Series Reload: The Yankees beat the Mets (4-2) in Game 1 of a two-game Subway Series this week thanks to Judge’s third-inning blast. The Yankees rocked Max Scherzer to win their second straight after a major skid.

Triple-Play Twins: The Twins turned a triple-play for the second time this season on Monday, but they lost to the Rangers (2-1). Minnesota owns five of the last 14 triple-plays in the MLB over the last three years.

Montgomery Throws CG Shutout: Cardinals ace Jordan Montgomery tossed the best game of his career on Monday, blanking the Cubs in a complete-game shutout (1-0). Montgomery struck out seven while allowing just one hit while Pujols’ home run marked the game’s only score. 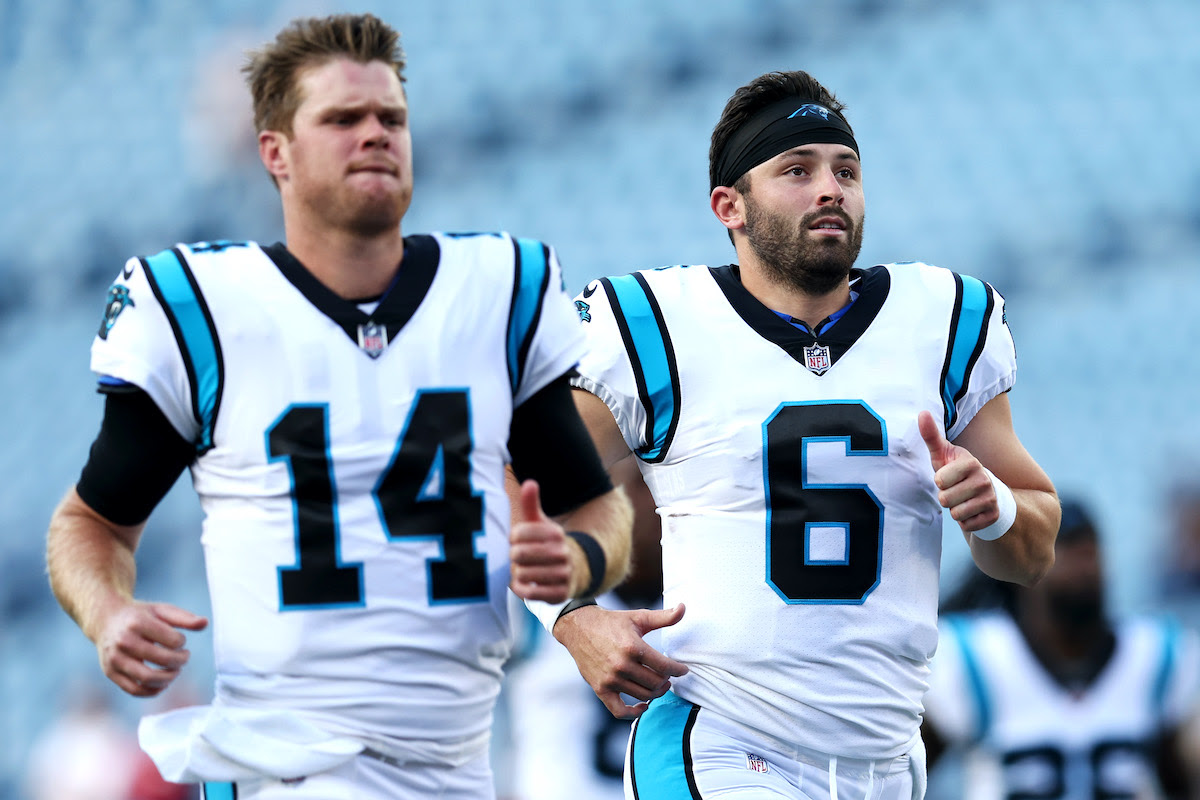 It was July 6 when the Cleveland Browns shipped QB Baker Mayfield to the Carolina Panthers after Mayfield led the team further than any quarterback in more than two decades. Now, the Browns will face him in Week 1. The Panthers named Mayfield the starter on Monday after an intense training camp battle with incumbent Sam Darnold. Both QBs were drafted in the top-3 of the 2018 draft, and they ended up in the same QB room in Carolina just four years later. Panthers head coach Matt Rhule said Mayfield’s leadership and mastery of the offense was evident.

The Reunion: Baker vs. Browns

The storyline now is a revenge showdown with the team that gave up on him. Mayfield and the Panthers will host the Browns in Week 1 (Sept. 11), and Cleveland will be without Deshaun Watson after his suspension was handed down last week. Advantage Carolina.

Mayfield’s Stats: Mayfield went 29-30 through four seasons in Cleveland, including a playoff win that was the first for the franchise since 1994. He threw for 3,000-plus yards each season with 92 touchdowns and 56 interceptions. The Browns gave up on him, and he’s got something to prove in 2022.

Deadspin: After All The Drama, Baker Mayfield Got What He Wanted

The PGA Players Fight Back 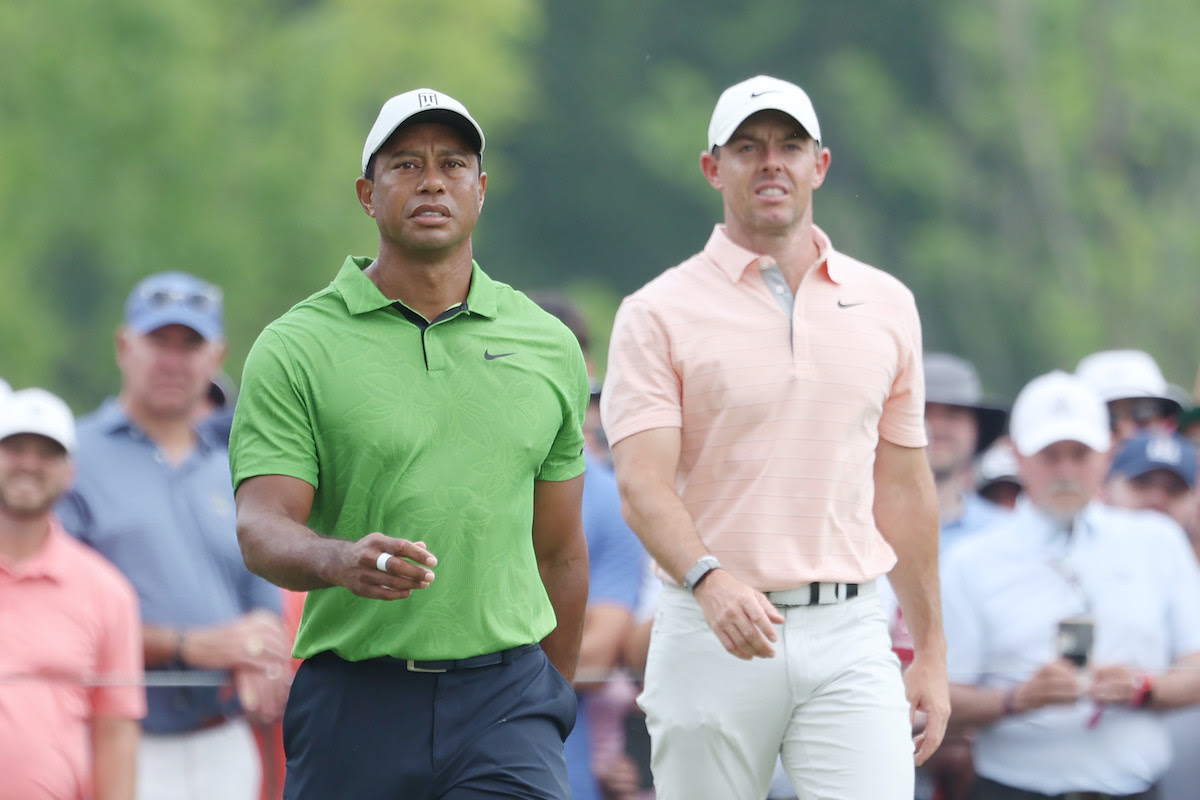 The battle between LIV Golf and the PGA Tour has come to a standstill at the moment, but the PGA is still fighting for it’s life. The future of the Tour looks cloudy as LIV has poached a number of top-name players in an attempt to buy the game of golf, but two superstars remain committed to saving the Tour through creativity. Tiger Woods and Rory McIlroy took the lead at a PGA meeting in Delaware this week to discuss the sport’s future. And while details are still being worked out, we learned a few things.

On top of boosting payouts for non-major tournaments in 2023, the Tour is looking to add one-day stadium events featuring some of their best players, including Woods and McIlroy. These single-day events will begin in 2024, and they’ll feature a live audience at arenas throughout the country. LIV reportedly try to buy Wood and McIlroy with ridiculous sums of money near the billion-dollar range, but no dice.

The PGA Tour is expected to release more details about its future — including the stadium events in 2024 — at this weekend’s Tour Championship.

The final game of Week 2 in the NFL preseason brought the Falcons to New York, but the Jets got the win (24-16). Both Falcons QBs — Marcus Mariota and Desmond Ridder — played well to take a 16-3 lead, but the Jets scored 21 unanswered in the second half.

Monday’s Premier League clash featured a pair of winless clubs in Manchester United and Liverpool. Man-U won the match (2-1) behind goals by Jaden Sancho and Marcus Rashford to redirect a horrid 0-0-2 start. Liverpool are still winless (0-2-1).

The “All In” NFL Rankings

Introducing The Ringer’s All In-dex, our way of analyzing each NFL team’s spending and draft capital to determine who is All In for making the Super Bowl and who is All Out. (The Ringer)

If anyone’s wondering how the Baltimore Orioles are still winning games even after offloading two of their best players at the trade deadline, there’s one good explanation. (Bleacher Report)

The playoff race is as much about which team on the outside looking in is going to ruin a team’s season, just for the fun of it. And that is a sight to behold. (ESPN)

Thanks for joining us for another week of sports. With football, golf, tennis, and baseball on the way, I’ll be your guide to navigating the cornucopia of fall sports on the horizon. Game on!