Back on track. A pair of massive contract extensions and a pair of WNBA thrillers took the spotlight on Wednesday. But today, we’re teeing off with event number two in the FedEx Cup Playoffs. The Little World Series is underway (coverage coming), and we’re full speed ahead into the fall. Stay tuned for an exciting edition to our football coverage before the NFL season begins. 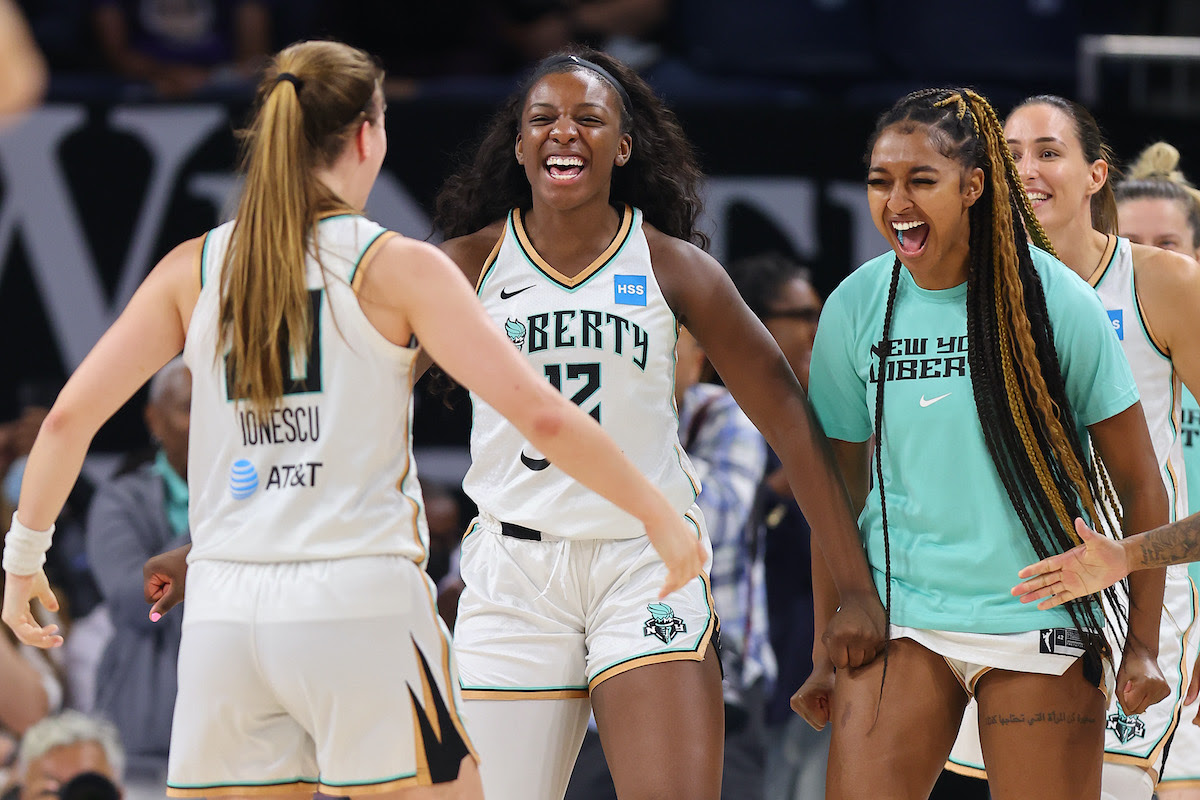 The WNBA Playoffs have officially begun. Last night’s pair of Game 1s featured fourth-quarter spurts that swung the scoreboard. The Liberty and Aces were victorious in a pair of opening-round thrillers. The other two first-round series tip-off tonight as the action continues.

A stunner in Chicago! The 2-seed Sky had the 7-seed Liberty on the ropes through 3.5 quarters, but New York reeled off a 13-0 run in the final 3:20 to steal the series opener. Sabrina Ionescu (22-7-6) and Natasha Howard (22-7-3) combined for 44 points, including nine points in 90 seconds down the stretch. Game 1 belongs to the underdog.

A wild one in the desert saw the top-seeded Aces pull away from the Mercury down the stretch. Vegas held a five-point lead at halftime before both teams scored just nine points apiece in the third quarter. Aces’ star A’ja Wilson was held in check with just eight points on 2-for-11 shooting, but the back court stepped up. Kelsey Plum (22), Chelsea Gray (17) and Jackie Young (16) combined for 55 points. 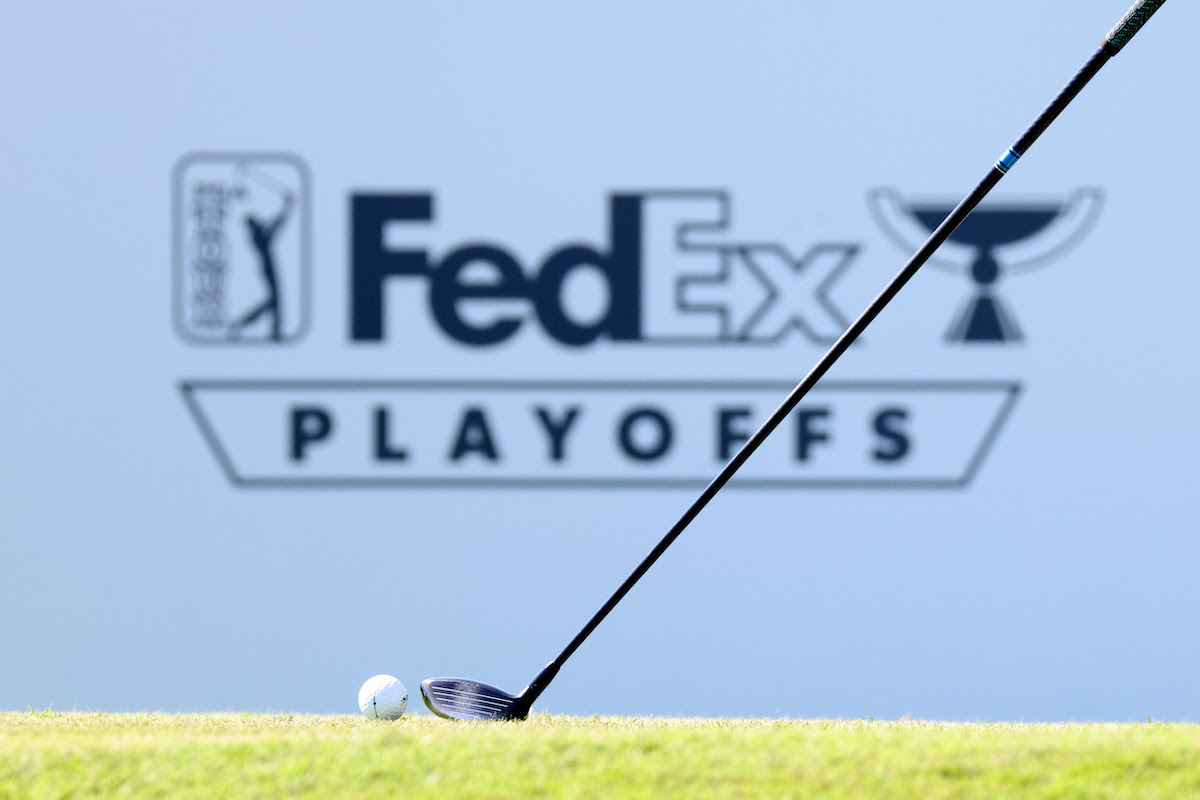 The FedEx Cup Playoffs tee off today with the second weekend of a three-week postseason. The BMW Championship at Wilmington Country Club (Delaware) signifies the cut from 70 players to 30 players for the finale next week. Will Zalatoris was the dramatic playoff winner in last week’s St. Jude Championship. Who will grab the playoffs by the horns in the second event?

BMW Championship Need-to-Know: The Par-71 at Wilmington Country Club plays host to its first PGA Tour event. Justin Thomas is the only player in the field to have played a competitive round at the course. The design features a number of short-but-narrow par 4s. Straight shots and a hot putter is the winning ticket.

PGA: One-Liners for Each of the 70 BMW Championship Participants

GolfWeek: A Closer Look at the Top-30 Players on the FedEx Cup Playoffs Bubble Ahead of BMW Championship 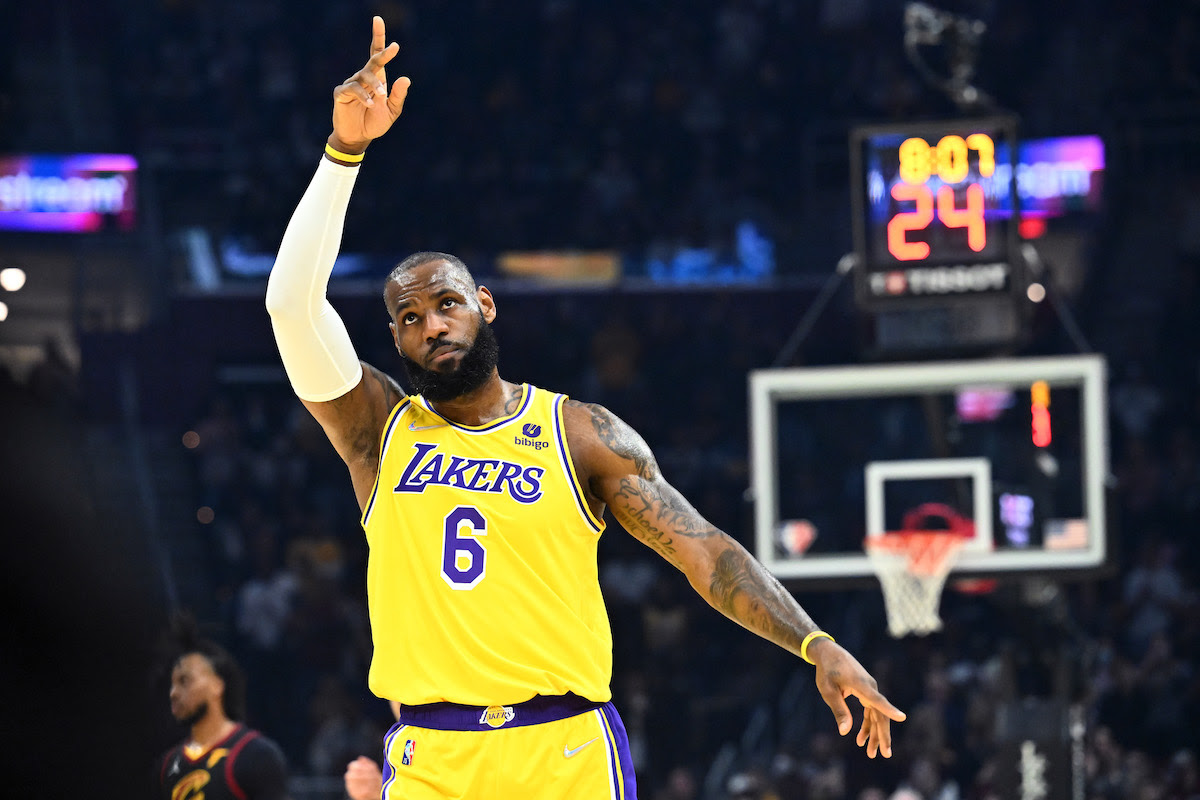 The Lakers and LeBron James agreed to a two-year extension on Wednesday worth $97.1 million. The deal keeps LeBron in Los Angeles through 2024 with an option for the 2024-25 season. It also means he and Anthony Davis will be free to re-negotiate at the same time.

LBJ is now officially the highest-paid player in NBA history with $532 million in guaranteed money from playing contracts, surpassing Kevin Durant’s $508 million. With James’ endorsement deals and off-the-court endeavors, he became the first active NBA player to have a net worth of more than $1 billion.

LeBron’s contract extension sets him up to be a free agent in 2024 or 2025, which is roughly the time at which his son, Bronny, will be eligible for the NBA Draft. Expect then-40-year-old LeBron to go wherever Bronny gets drafted.

Derwin James Gets The Bag 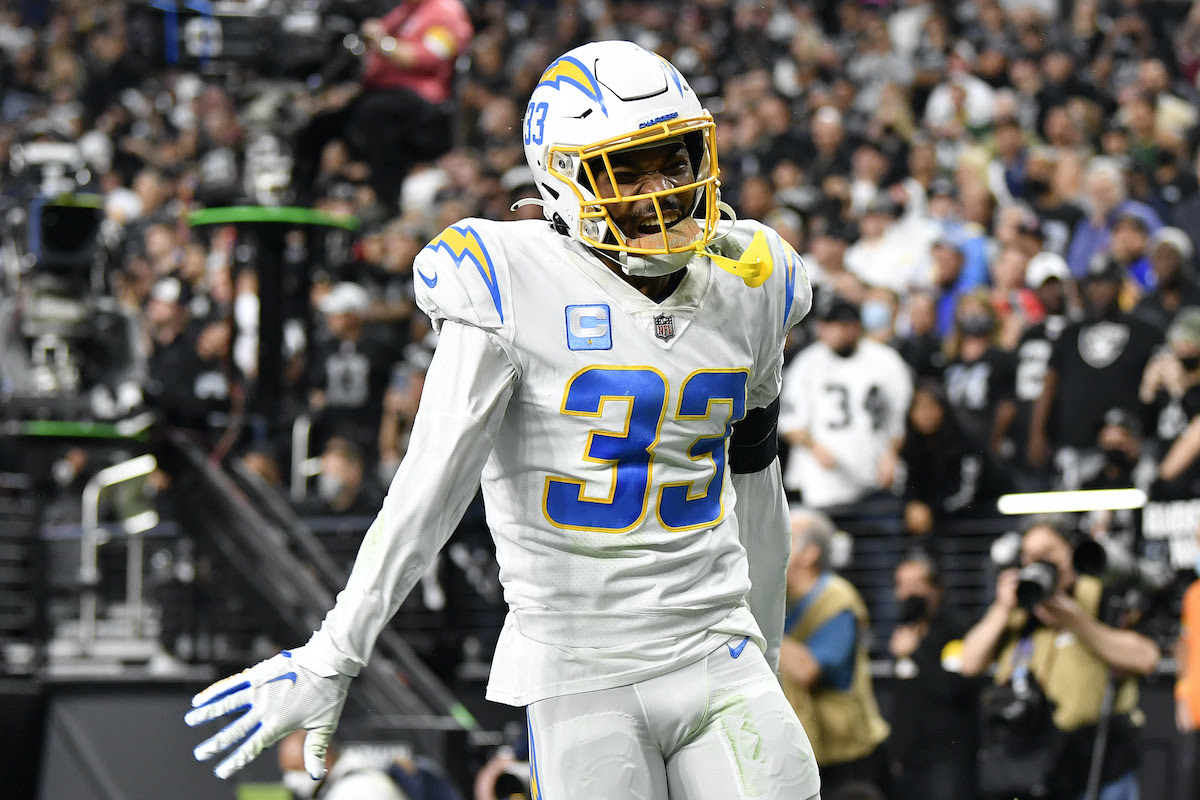 The Chargers defense is already scary, but locking in Derwin James for the long run just made things downright terrifying for the AFC West. The Chargers inked James to a 4-year, $76.5 million deal on Wednesday that makes him the highest-paid safety in NFL history. James reported to training camp but remained a hold-in (not holdout) while contract negotiations took place. He didn’t practice, but he was committed to finding resolution.

The Chargers defensive upgrades were necessary heading into 2022. The Bolts added Khalil Mack to create a lethal 1-2 punch alongside Joey Bosa. They’re deep at every defensive position, and locking in James along with J.C. Jackson in the defensive backfield could spell trouble for the AFC West in the coming years. Surprisingly, L.A. ranked 28th last season in points allowed and 22nd in yards allowed.

The Athletic: Why NFL Players Hold-In & What It Means for Bears’ Roquan Smith

The Yankees and Rays were tied 4-4 in the bottom of the 10th before Josh Donaldson crushed a walk-off grand slam to end the Yankees’ three-game losing skid (8-4).

Rafael Nadal suffered a stunning defeat in the Round of 32 Wednesday at the Cincinnati Open. Borna Coric shocked the No. 2 seed in a three-set stunner (7-6, 4-6, 6-3).

Wasn’t it just two weeks ago when we were in awe of the San Diego Padres, wondering if their blockbuster trade could finally lead to the first World Series title in franchise history? (USA Today)

The State of Every NFL Team

The 2022 NFL season is fast approaching, with the preseason well underway and final roster cuts looming. But where do all 32 teams stand as we enter the new year? (CBS Sports)

While several contenders are mulling a trade for Kevin Durant, it’s worth remembering that blockbuster deals have rarely led to Finals appearances over the years. (The Ringer)

Yesterday, we asked: Which fall sport/season/event|  are you most excited for? (August-September)