The August rush is about to pop off. The Braves are catching fire, the WNBA Playoffs tip off today alongside the Little League World Series, and the NFL storylines keep coming. Look out, Mets! The Atlanta Braves are climbing the NL East standings in a hurry after tallying their 8th straight win on Tuesday night. They shut out the Mets (5-0) behind Charlie Morton’s 12-K shutout and a pair of jacks from Robbie Grossman and Matt Olson. The Mets beat the Braves in 4 out of 5 games to open the month of August, but Atlanta hasn’t lost since. They beat New York twice in the last 48 hours with two more games to go in this week’s series, and the sudden shift has tightened the race in the NL East. What was once a Mets’ runaway has become a neck-and-neck pennant race. The Braves (72-46) are just 3.5 games back of the Mets (75-42).

Yankees Sliding: For most of the season the Yankees were the best team in baseball, but their skid continued on Tuesday against the Rays (3-1). They’ve lost three straight and they’re just 3-11 in the month of August.

Hoskins Homers 2: The Phillies are in the driver’s seat of the NL Wild Card after a beatdown against the Reds (11-4) thanks to Rhys Hoskins’ two-homer, five RBI night.

White Sox White Hot: Chicago’s Southside used a comeback win against the Astros (4-3) to claim their fifth straight win. The Verlander-Cease battle led to a 3-1 Astros’ lead before Gavin Sheets pumped a game-tying two-run double in the 7th and Yoan Moncada slapped the go-ahead single in the 8th. 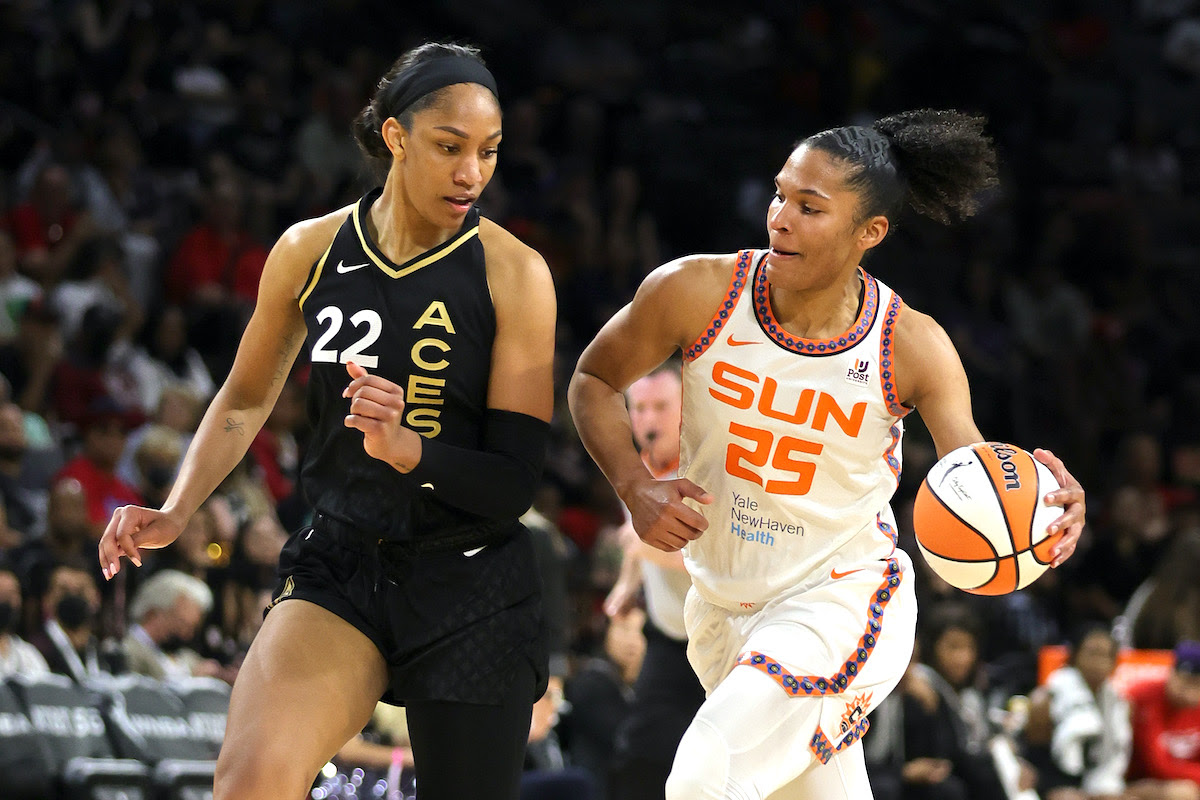 The WNBA postseason is about to begin. Eight teams enter, one team gets crowned. The WNBA playoff format is a four-round bracket featuring a best-of-3 series in the first round before best-of-5 matchups in the semifinals and finals. Teams aren’t broken into division (East vs. West) like the NBA. Instead, the overall seeding comes into play. The top five teams in the postseason boast significantly better records than seeds 6, 7 and 8.

Matchups to Watch: Sabrina Ionescu gets her first playoff experience tonight with the Liberty, but New York is facing off against the defending champion Sky. Expect the top-seeded Aces to take advantage of a depleted Mercury roster. It could be the final few games for Diana Taurasi and Sue Bird. Anything can happen in a best-of-3, but expect the Storm and Mystics to provide the best opening-round matchup.

ESPN: Ranking the Top 25 Players in the WNBA Postseason 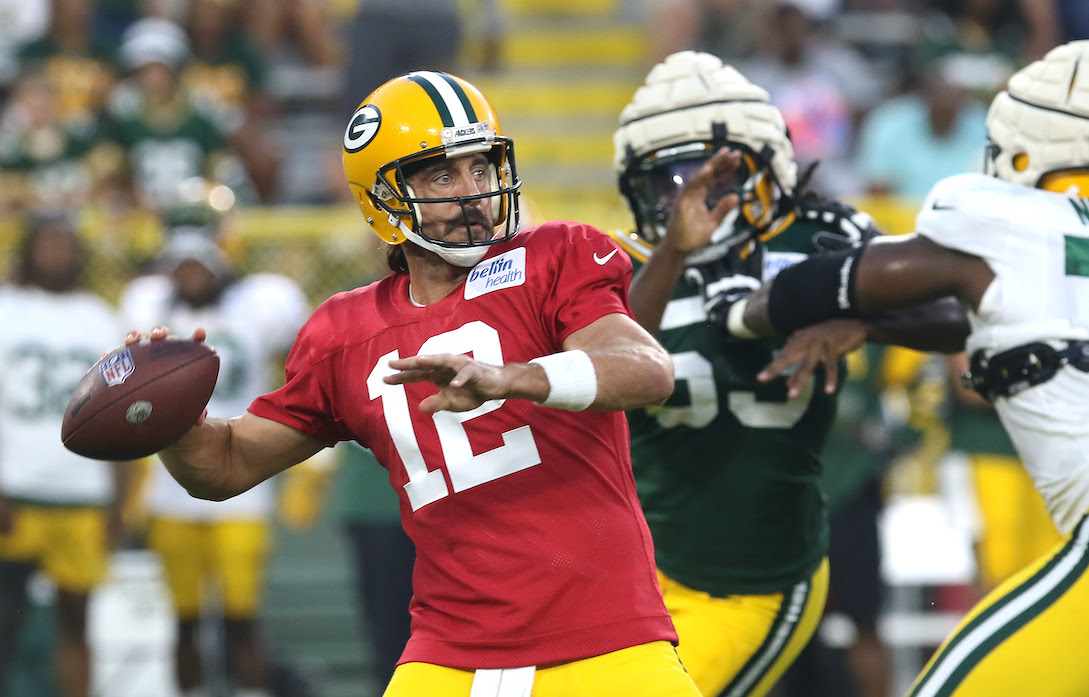 We’re nearing Week 2 of the NFL preseason and the football news isn’t slowing down. A number of teams and players made headlines on Tuesday as depth charts sprint towards cut day. Among those storylines was a vocal Aaron Rodgers and a number of trades, signings and injury reports. Here’s the latest:

Rodgers Rips Receivers: Aaron Rodgers didn’t mince words with reporters on Tuesday when he called out the Packers’ young receivers for a lot of mistakes in their preseason opener. Rodgers said he needs guys he can trust come Week 1. The team traded WR Davante Adams to the Raiders in the offseason.

NFL Steps in on Roquan Smith: The Bears-Roquan Smith trade drama got a bizarre twist on Tuesday. An unknown person who isn’t a certified agent reportedly contacted clubs to discuss trades, leading to the NFL warning teams against contacting Smith. The Bears don’t plan to trade him. He’s in the final year of his rookie contract.

Eagles Trade WR Arcega-Whiteside: After a disappointing few years in Philadelphia, WR J.J. Arcega-Whiteside is on his way out. The Eagles traded the former second-round pick to the Seahawks on Tuesday for DB Ugo Amadi.

Bucs Sign Carl Nassib: Pass-rusher Carl Nassib is headed back to Tampa Bay on a one-year deal after spending two years with the Raiders. Nassib came out as the NFL’s only active, openly gay player last year. He recorded 12.5 sacks in 2018 and 2019 with the Bucs.

Wilson Has Knee Surgery: Just days after injuring his knee in the first preseason game against the Eagles, Jets QB Zach Wilson underwent successful arthroscopic knee surgery on Tuesday. He’ll likely miss the next few weeks but could be ready for Week 1.

Emma Raducanu handed Serena Williams a quick loss in her final tune-up before the U.S. Open on Tuesday in the Cincinnati Open (6-4, 6-0). Her four games won against Raducanu was her lowest in a match since 2018.

LAFC continued their blistering hot summer streak with a 1-0 win over D.C. United last night. Kwadwo Opoku tallied the only goal of the match (67’), and LAFC’s lead over the rest of the MLS is now nine points. They’re 9-1-2 since the start of summer (June 1).

Fantasy Players on the Rise

We’re already starting to see some guys working their way up draft boards. The following players are among those who have seen their average draft position move up the most over the last week after training-camp buzz and preseason performances. (Bleacher Report)

The dog days of August are upon us, and the playoff picture is starting to take shape. Some divisions are already pretty much locked up, but there are plenty of tight races around the league. (FOX Sports)