As we inch closer and closer to NFL-packed weekends, the PGA and WNBA are doing more than enough to hold us over until week 1. 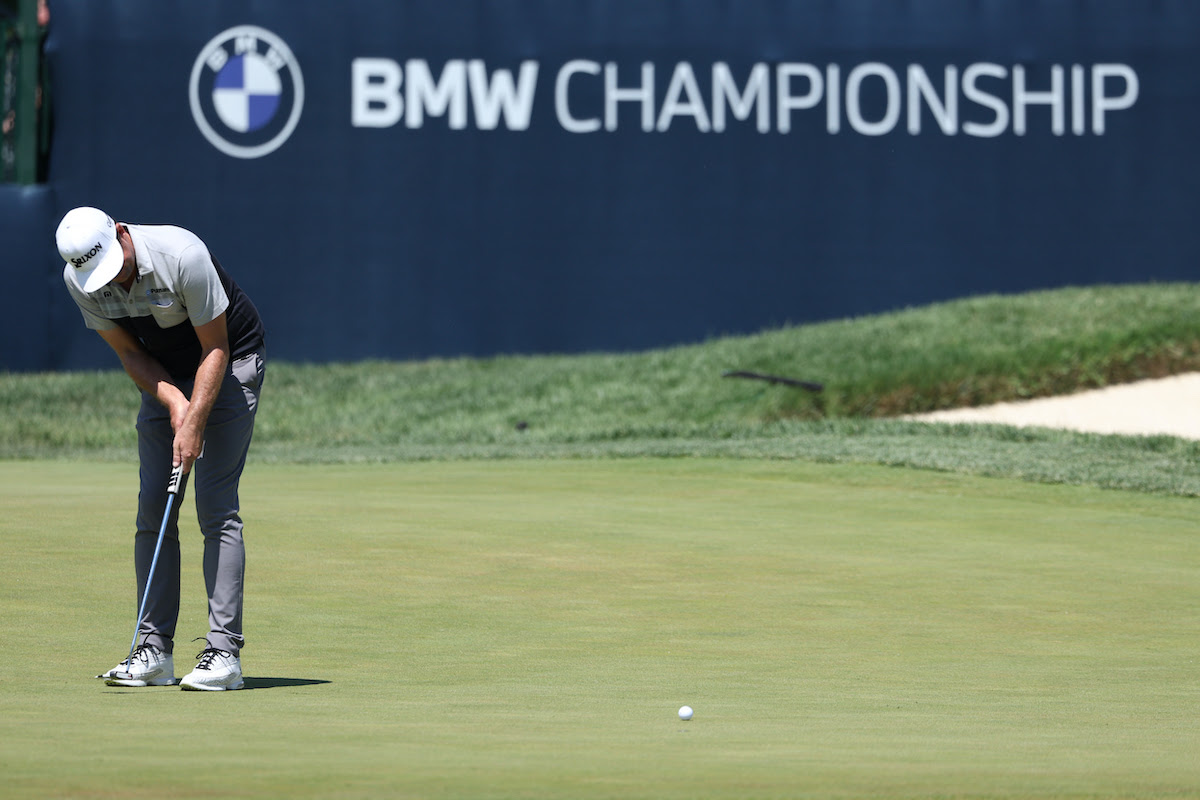 Keegan Bradley (-7) Leads After Round 1 of BMW Championship

Keegan Bradley (-7) Leads After Round 1 of BMW Championship

Keegan Bradley entered the BMW Championship ranked 44th, which found him on the outside of the top 30 who qualify for the the FedEx Cup Finale next week. Thankfully for him, he listened to The Sportsletter writers. As we mentioned in yesterday’s edition, a hot putter was going to be a major key to victory at this course, and Bradley had exactly that. He led the field in putting and ultimately put himself in a great spot to potentially make it to next week by leading outright after 18 holes. Adam Scott (-6) currently trails him by one stroke, while Justin Thomas, Shane Lowry, and Harold Varner (-5) aren’t far behind in third.

Golf Channel: Rory McIlroy Tries to Focus on 17 Good Holes: ‘Forget About That Swing on 15’ Another pair of Game 1s in the WNBA playoffs had vastly different results, as the Sun blew out the Wings while the Storm squeaked by the Mystics. Both teams are now one win away from advancing to the semifinals.

Don’t let the score fool you, this game was somewhat competitive through the first half. However, a big third quarter from The Sun ultimately propelled themselves to victory. While they had five players score double figures, it was Connecticut’s defense that allowed them to break the game open in the second half, holding the Wings to zero field goals for over five minutes in the third quarter.

Despite missing 11 games during the regular season due to injury, Elena Delle Donne returned to the playoffs for the first time since 2019 and dominated, scoring 26 points largely off of one on one isolation. Unfortunately for her and the Mystics, the Storm had an answer for her brilliance, as Jewell Loyd capped off a big fourth quarter by hitting a go-ahead runner with 38 seconds left to lift Seattle to victory. Breanna Stewart also had a monster game, tallying 23 points, 12 rebounds, and 4 assists to lead the way for the Storm.

SLAM: Looking Back at Sue Bird’s Legendary Moments Throughout Her Career 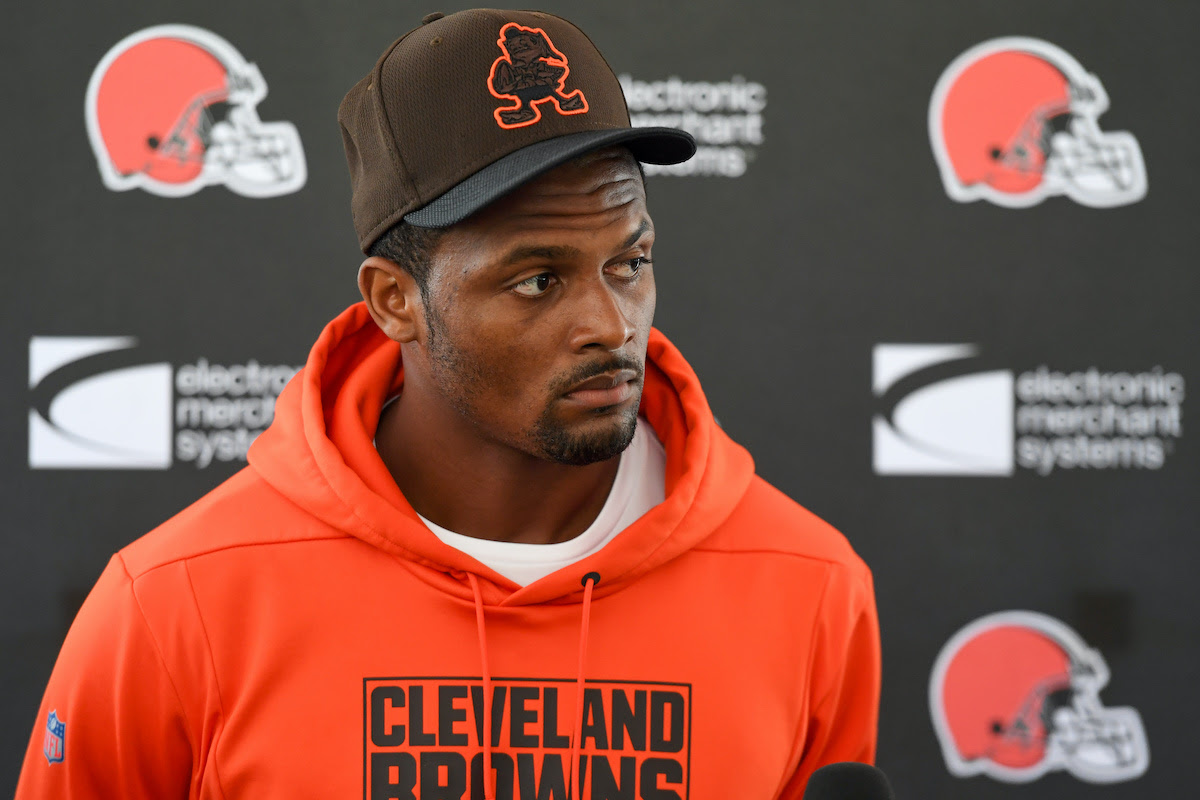 The Deshaun Watson fiasco finally concluded yesterday as the NFL and NFLPA agreed to a new 11-game suspension, including a $5 million fine. After Watson originally received a six-game suspension and no fine from arbitrator Sue Robinson, Roger Goodell and the NFL appealed the ruling, believing that an indefinite one year suspension was appropriate for the actions that the Commissioner deemed egregious and predatory. The two sides ultimately found a compromise, as Watson will be able to return later this season (week 13 against his former team, the Houston Texans), but is facing the largest fine for any player in the history of the NFL.

Despite being accused of sexual misconduct from over 30 women, Deshaun Watson did apologize, but still told reporters that he felt he was innocent. He said that the apology was aimed at “everyone that was affected by this situation”, and that “There were a lot of people that were triggered”.

What This Means for Cleveland

After trading for and immediately agreeing to a $230 million contract extension with the now-suspended quarterback this past March, the Browns now find themselves looking at Jacoby Brissett as their starter for the first 11 games of this upcoming season. However, rumors are starting to circulate that the Browns didn’t anticipate Watson’s suspension being this long, and that they may take a swing at trading for Jimmy Garoppolo to fill in until week 13.

ESPN: Deshaun Watson Suspended 11 Games; What Now for the Cleveland Browns at Quarterback?

SI: Deshaun Watson Settled Without Having to Give a Sufficient Apology

While the Wings were blown out in game 1 against the Sun, Satau Sabally hit an incredible shot from beyond half court to beat the buzzer at the end of the first quarter.

The Big Ten announced a major move Thursday with its media rights deal worth more an average than $1 billion per year that partners the conference with Fox, CBS and NBC through the 2029-30 seasons for football and men’s and women’s basketball. (USA Today)

Predicting Every NFL Offense in 2022

After a deep dive into every NFL roster and a close look at advanced metrics and efficiency stats, Sheil Kapadia has each team’s offense figured out. Here’s how each will perform in 2022. (The Ringer)

It’s crunch time for Gregg Berhalter and the United States men’s national team as fewer than 100 days remain until the World Cup in Qatar kicks off. Berhalter’s last chance to view his team before taking them to Qatar is almost here. (CBS Sports)